Read The Book of Mouse: A Celebration of Walt Disney's Mickey Mouse Online

The Book of Mouse: A Celebration of Walt Disney's Mickey Mouse 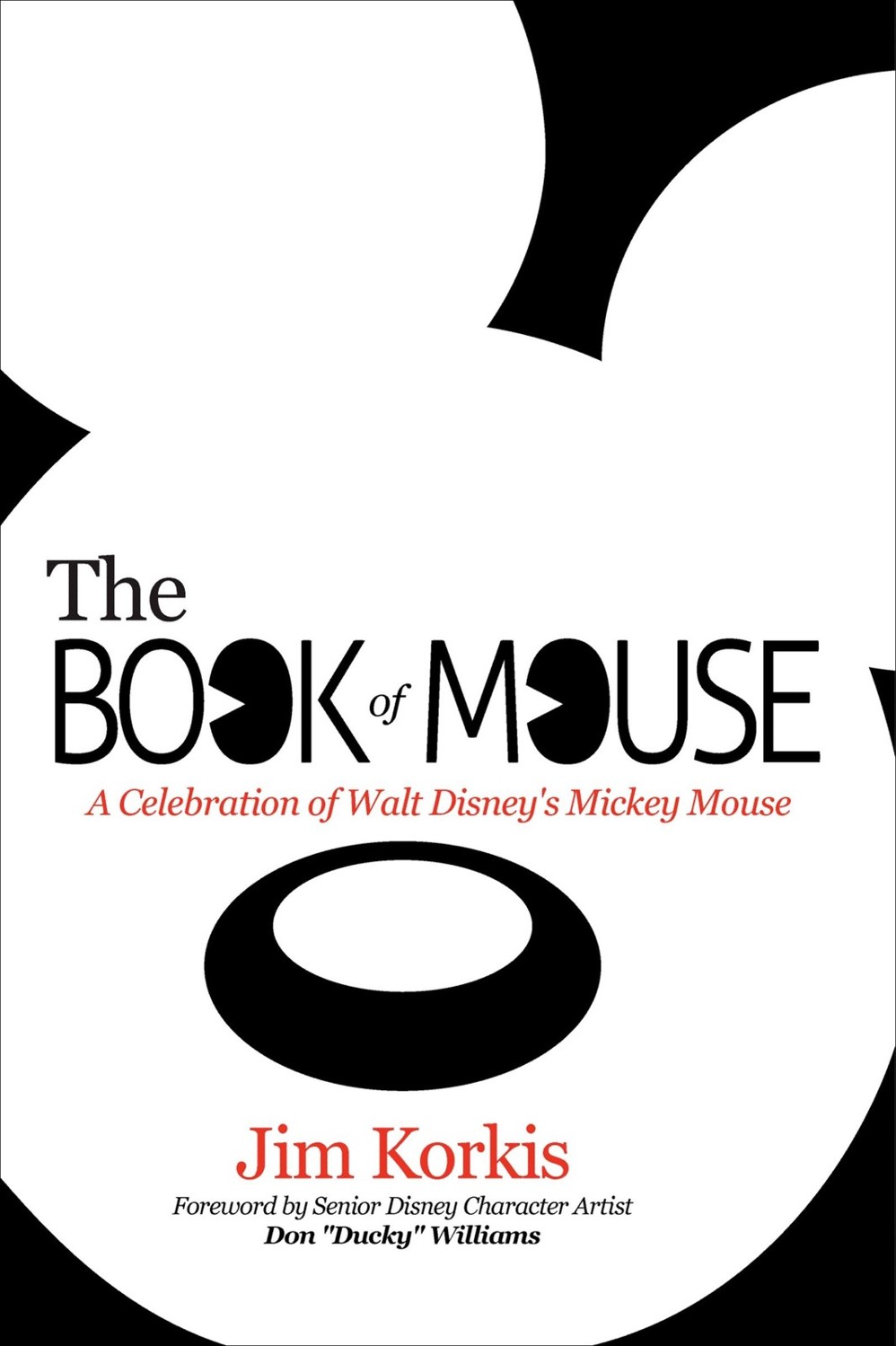 All rights reserved. Printed in the United States of America. Except as permitted
under the United States Copyright Act of 1976, no part of this publication may
be reproduced or distributed in any form or by any means, or stored in a database
or retrieval system, without prior written permission of the publisher.

This book is not authorized, sponsored, or endorsed by The Walt Disney Company
or by any of its subsidiaries. It is an unofficial and unauthorized book and not
a Disney product.

The mention of names and places associated with The Walt Disney Company is
used in context for educational purposes and is not meant to infringe on any
existing Disney copyrights or registered Disney trademarks.

This book was as correct as could be verified at the time of publication, but new
information is constantly surfacing, and in particular, The Walt Disney Company
makes significant changes to its properties, sometimes without notice.

While every precaution has been taken in the preparation of this book, neither
Jim Korkis nor Theme Park Press assume responsibility for errors or omissions.
Neither is any liability assumed for damages resulting, or alleged to result, directly
or indirectly from the use of the information contained herein.

If you have a Disney story to tell, Theme Park Press would like to help you tell
it. We offer generous compensation and the most author-friendly terms in the
business. See how we can put you in print:

This book is sincerely and affectionately dedicated to Walt Disney and Mickey Mouse, and to all those past, present, and future who love them and continue their legacy.

Mickey on the Radio: Mickey Mouse Theater of the Air

Mickey at the Movies

The Making of Steamboat Willie

The Making of Runaway Brain

Mickey Mouse at the Oscars

Behind the Stories of Mickey Mouse Cartoon Shorts

Mickey Mouse in Vietnam: Not a Disney Cartoon

Mickey at the Parks

The Man Inside the Mouse: Paul Castle

Speaking of the Mouse

At the age of ten, I first wrote to Walt Disney for a job as an artist. I even got a letter back from Walt himself that I still have! It is one of the treasures in my collection. It basically said that he had no openings for a ten-year-old artist at the time but to keep drawing.

I worked at a bank and I decorated the walls at Christmas with my paintings of Disney characters, including Mickey Mouse. That caught the attention of a local television news show and eventually caught the attention of the Disney Company. They told me there were no openings in California for an artist but there might be in Florida.

I was afraid that if I cut back, they would think I was losing interest.

Finally, I just quit my job at the bank and moved to Florida. I wanted a mouse, Mickey Mouse, on my paycheck.

The art department at the time was underneath the Magic Kingdom in the Utilidors. I would go down there constantly until, finally, there was a temporary opening to increase the staff.

To convince the manager of the department that I was the guy for the job, the boxes and boxes of artwork that I had sent were brought in. It was over ten thousand drawings. So I was loaned out to the art department for thirty days.

The first week I did nothing but practice drawing Mickey from all angles and with every possible expression. Eight hours a day.

Within the first few weeks after I was hired to be a Disney Character Artist, I discovered that it wasn’t going to be the dream come true I thought it would be.

And it was all because of Mickey Mouse!

I’d already been drawing Mickey for years. My ability to draw him — and dozens of other Disney Characters — was what (I thought) qualified me to get this job after years of waiting, wishing, and drawing.

Two outstanding Disney Character Artists — Russell Schroeder and Harry Gladstone — were assigned to supervise my work. So, I’d sit down and draw Mickey.

Russell would look at it, lay tracing tissue over it, and show me what lines needed adjusting. That was fine, easy to fix, no problem.

Later, Harry would visit, check out the same drawing and show me a different approach with other line treatments.

This would go on and on, back and forth, day after day. I thought I would never be able to get Mickey right. Both of them couldn’t be wrong, right?

There weren’t wrong. Russell had a specific way of drawing Mickey. His was a more mature Mickey. Harry’s Mickey was a little more youthful.

Every artist who draws Mickey Mouse puts a bit of himself into the character no matter how closely they try to follow the approved model sheet. A model sheet was a reference developed for animation at Disney so that multiple artists would draw the character the same way. It shows how the character is constructed, how tall he is, hints about the placement of details, and more.

The general public just sees Mickey Mouse if all the right elements are there.

Trained artists, however, can pick out a Freddy Moore Mickey in ’40s cartoons, a Floyd Gottfredson Mickey in ’50s comics, a Mark Henn ’80s Mickey in
Mickey’s Christmas Carol
, and so on.

They are all Mickey Mouse, every one of them. None of these depictions of Mickey are what we call “off model” (a term for a character drawing that doesn’t match the approved set of poses created for reference).

I know their films inside and out. I have studied the studio and the animators. If you show me a Mickey Mouse cartoon from 1934, I can tell you which animators animated which scene. That’s a Milt Kahl Mickey. That’s a Frank Thomas. I am that close to it. All of this study is to help me make the characters like Mickey come to life on the page.

When it came time to build Mickey Mouse’s house in Mickey’s Birthdayland at the Magic Kingdom to celebrate Mickey’s 60th birthday in 1988, Disney ld o Russell Schroeder and myself because we knew the Mouse so well. Russell even wrote a book about Mickey’s life story in 1997.

We were amazed how little they knew about Mickey and how he lived.

“What does his house look like inside?” they asked. Russell and I just looked at each other and thought, “Just look at the cartoons. That’s what the inside of Mickey’s house looks like.”

The house had to be designed and built in three months, and so time was of the essence. I guess that’s why they came to us because we already knew. Russell and I designed all the furniture. We went to Home Depot to pick out carpeting and wallpaper. Mickey had a den and they had no props so I brought in my own: a snow globe of WDW, my Disneyland records, Disney books, etc., to decorate the Mouse’s domicile. Guests loved it.

When Mickey’s Toontown Fair opened years later in 1996, they had much more time and did a nice job redesigning the entire house with curved cartoony lines and wonderful little details.

Russell and I even illustrated together a Little Golden Book with Mickey,
Mickey’s Prince and the Pauper
, that first appeared in December 1990.

Over the decades, I have drawn Mickey Mouse on all sorts of merchandise and lithographs and I even taught singer Michael Jackson how to draw Mickey because he was so eager to learn. I have done seventy-five Disney Cruises and the guests always want to see me draw Mickey.

The more I get to know Mickey, through my drawings and through the ways I see how he affects so many people, from the simplest sketch to his appearances in Walt Disney World, the more aspects I discover about his personality, his emotional range, and his worldwide appeal.

And the Mickey Mouse I draw and paint is a little different from the others. After over 30 years now as Senior Character Artist for Walt Disney Parks and Resorts, I must have been doing something right about drawing Mickey because they keep asking me to do it.

With all I’ve learned, I know I can always learn more, which is why I am grateful that my friend Jim Korkis has put together this book with all this wonderful information about Mickey Mouse. I intend to keep it handy.

Jim has a knack for uncovering new facts and setting the record straight on myths, and I know his book will give me a new perspective on Mickey.

Oh, by the way, I do wear an official Disney Cast Member nametag that says “Ducky”. It was a nickname my mother called me. I know that Clarence Nash’s nickname was also “Ducky” and he did a terrific job providing Donald Duck’s voice for decades.

In 1984, I met Clarence Nash in person. Along with Bill Justice and artist Russell Schroeder, we were to tour the country as part of the publicity campaign for Donald Duck’s 50th birthday. Clarence and I became friends and I have photos and things signed by him “To Ducky from Ducky”. Thank heavens, he had no problem letting me keep the nickname.

We were both ducks that loved the Mouse.

I know you’ll enjoy this book as much as I do! See ya real soon!

Mickey Mouse canot be trapped between the covers of a book.

The little fellow has been involved with just too many different things over eight decades and all of them were significant in one way or another. However, I felt that I might be able to produce a book that would gather important information in one location that would save endless hours searching through hundreds of other books and magazines, countless websites and dozens of films and videos.

I have tried to write a book that can be used by the casual fan to track down information on their favorite cartoon or to learn more about some of the people involved with Mickey’s life and career.

I also wanted a book that the more knowledgeable fan could utilize as a reliable reference and to get a deeper appreciation of Mickey with rarely revealed stories and appropriate documentation.