Read The Darkness to Come Online

The Darkness to Come 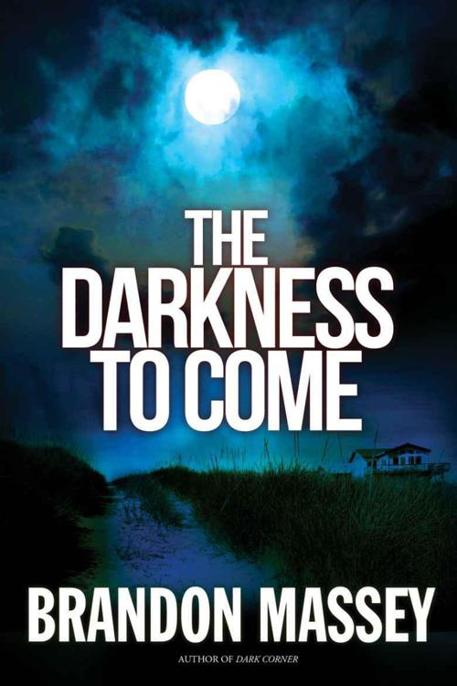 THE DARKNESS TO COME

The Other Brother
Vicious
Don't Ever Tell
Cornered

THE DARKNESS TO COME

All rights reserved. No part of this book may be reproduced in any form or by any electronic or mechanical means, including information storage and retrieval systems, without permission in writing from the publisher, excepting brief quotes used in reviews.

The story you are about to read is my preferred version of the novel released in July 2008 as
Don’t Ever Tell
.
The Darkness to Come
is my original title; the words to follow are those that were originally written.

I hope you enjoy this tale of renegade science, revenge, and redemption.

If her husband found out what she was planning to do, he would kill her.

She was alone in their high-rise, luxury apartment. The bright lights of downtown Chicago glimmered like watchful eyes in the window that spanned an entire wall of the living room, and a fierce October wind howled through the night, tearing at the glass as if the darkness itself were a predatory beast.

Shaking off a chill, she crossed from the living room, walked down the hallway, and entered the master suite. Although it was a large apartment, over two thousand square feet, with a desirable Michigan Avenue address, the space was as soulless as a warehouse.

No photographs hung on the walls or sat on end tables, and there were no plants, no artwork. The walls were an institutional white, the dark travertine tile floors polished to a mirror-gloss. It was full of angular furniture, stone tables and granite counters, and harsh fluorescent lights.

She had lived there for three years, and the place held no evidence of a woman’s touch. Offering decorating tips wasn’t allowed.

She could clean, of course. Deep, regular cleaning, in fact, was required. But decorate? Never.

In the bedroom, a suitcase lay open on the king-size poster bed. It was almost overflowing with clothes: sweaters, jeans, dresses, skirts, bras, panties, blouses, shoes.

The clothes were brightly colored and fashionable, exactly the opposite of the clothing she was allowed to wear. Matronly, shapeless dresses, plain shoes, dark colors and conservative styles—that was the kind of clothing of which
he
approved. Clothes that would be less likely to draw the attentions of another man.

In her research about running away to start a new life, she’d learned that it was wise to alter your style of dress. She had kept these clothes hidden for weeks in anticipation of her escape.

She had a good feeling about her chances of getting away, and more often than not, her intuition was right on about these things. She’d had a gift for anticipating events since she was a child. She trusted her instinct.

The risk, however, was that because she had been yearning to escape for so long, her desire to flee might’ve blinded her to the gravity of her situation. Her husband might be on his way home, might be parking in the underground garage and strolling to the elevators . . . .

Her husband was ostensibly working late at the law firm where he was employed as a corporate attorney, but she knew the truth. He was with one of his many girlfriends, and would shamble in sometime past midnight, lipstick smearing his shirt collar and eyes reddened from too much booze and cocaine and God knew what else he did after hours with his mistresses.

Typically upon his arrival, he would demand that she serve dinner—he loved breakfast food—and then he would want to sleep with her, groping and pawing and drooling on her like a bear.

She had been doing what he wanted for three years. Three years too long.

She gave her luggage a quick once-over. She had everything she needed.

A carry-on bag stood beside the suitcase, and among other items, it contained a wig, identification, bus schedule, and money, about three thousand dollars she’d managed to salt away over the past six months. It wasn’t a lot of cash, but it was enough to get her a bus ticket to where she wanted to go and enable her to live cheaply until she could decide how she was going to rebuild her life.

She zipped shut the suitcase—it was so full that it was a struggle to close. She heaved it onto the floor, and then swung the carry-on bag over her shoulder.

Rolling the suitcase on its casters, she hurried out of the bedroom.

She didn’t pause to look around one last time with regret or sadness. She felt nothing at all, only hollowness and an eagerness to get out.

When she reached the hallway, she heard the key turning in the front door lock. Terror seized her heart.

She whirled on her heel to run back to the bedroom, to lock herself inside and hide her luggage—and her boot hit the edge of the suitcase. She stumbled, splayed her hands against the hallway wall to keep her balance.

She managed to stay upright, but the suitcase smacked hard against the floor.

Quickly, she grabbed the suitcase handle.

“What the hell was that?” Her husband’s voice boomed from the front of the apartment. He called out her name.

Cold sweat crept down her spine. If he found her like this, she was dead.

Painful experience had taught her that it took little to set off his temper. A meal delivered slightly lukewarm, an unaccounted-for expenditure at the grocery store, one too many rings of the phone when he called to check on her . . . the most trivial thing could set him off and invite a beating.

And what she was doing now was hardly insignificant. If he discovered that she was attempting to run away, the punishment would be severe.

She lifted the suitcase off the floor and lugged it down the hallway as fast as she could. Behind her, she heard his shoes thumping across the foyer, and again he called out her name, his voice crackling with growing anger.

She shouldered open the bedroom door, kicked it shut behind her. She locked it, too.

“I’m in the bedroom,” she said, loudly enough for him to hear, and hopefully, leave her alone. “I . . . I just knocked over something. Everything’s fine.”

But she didn’t sound fine. Her voice was trembling.

Please, God, keep him out of here for just one minute.

She hefted the luggage to the cramped closet where she kept her clothes. He had his own walk-in closet, three times the size of hers, to provide room for his designer suits and shoes.

She flung the suitcase and her bag into the closet, and grabbed a parka from a hanger and used it to cover the luggage, until she could conceal everything more thoroughly later.

His footsteps arrived at the bedroom door. He turned the knob, found it locked.

“Open the door.” His voice was soft and lethal, like a serpent’s hiss before it struck.

“Just a minute, please.” She kicked off her boots into the depths of the closet. “I’m in the bathroom.”

She rushed to the bathroom and hit the lever to flush the toilet.

Suddenly, the bedroom door burst open. She let out a cry of surprise.

Her husband stood in the doorway. Six feet of fury, like a human tornado.

She tried to smile at him, to calm him, but her gut was churning. She didn’t dare speak for fear that she would start babbling like a child caught playing with matches.

Say You're Sorry by Michael Robotham
Mine, Not Hers (True Love Book 1) by Betsy Anne
The Forgotten City by Nina D'Aleo
Irresistible You by Connelly, Victoria
Down with Big Brother by Michael Dobbs
Nobody Lives Forever by Edna Buchanan
All the Way by Kimberley White
Kal Moonheart Trilogy: Dragon Killer, Roll the Bones & Sirensbane by Rob May
The Atonement Child by Francine Rivers
The Outcast by Calle J. Brookes
Our partner