Read The Daughters: A Novel Online

The Daughters: A Novel 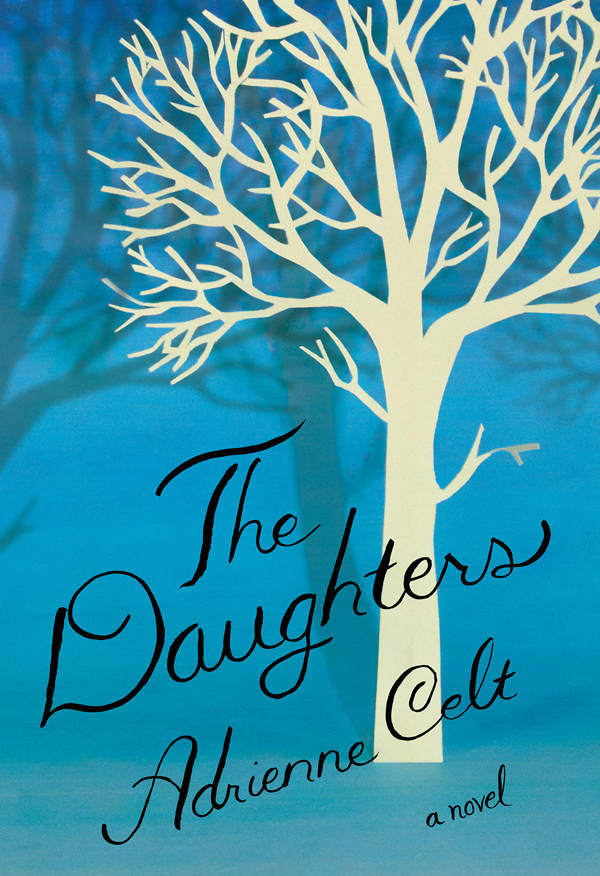 For my grandmothers, Constance and Ewa,
who are beloved.

And so it went on forever

A
ll my grandmother’s important stories took place in the Polish countryside. Like this one:

A woman sits nude on the branch of a tree and lets her brown legs dangle into the open air. The bark ridges cut pleasantly into her thighs, and she presses her palms down, curls her fingers around the bough.

A man walks towards her through the woods, pushing aside whip-thin limbs of birch and beech, sidestepping shrubs as he searches for his lost path. The woman hums a song, and the man’s feet begin to fall in time with the music. He does not realize that this is happening, does not yet feel his body in thrall to her.

It is a surprise, then, when he catches sight of her legs. He’s far from his village, tired and thirsty; the last thing he expected to find here was another person, particularly a woman who is naked and glorious and alone. Her feet are callused, the soles covered
in dirt, and they hang before him like clothes left to dry in the wind. He follows the smooth blue ridges of her veins up to her calves, her fingers, her breasts, her neck. To the soft and downy lobes of her ears. When he looks into her face, she smiles, and his surprise becomes recognition. His thirst disappears as the scent of a nearby river fills his nose and mouth, wets his tongue. The man knows that he’s met the love of his life, and she is going to devour him.

This is an old story. While the aroma of clean water lingers in the air, the woman asks the man for a gift of bread and salt, which he will feed to her with his own fingers. He’s already trembling, imagining it. His body is vibrating with desire.

The man shimmies up the trunk of the tree and swings onto the branch beside his beloved. The closer he gets, the more she smells of river currents, the rush of waves over mossy rocks releasing the green musk of water plants. Tilting her head to the side, the woman beckons him with her fingers. He leans in to kiss her: closer, closer. He bobs his head in time with her song, and as they embrace, her humming rumbles through him. He has never felt so entwined with someone, so protected. After a moment his heart stops beating, and his body drops to the forest floor with a muffled thud.

W
hat happened next? I asked my grandmother, my
baba
.

That, she said, depends on who is telling you the story. Most people don’t understand the
rusalka
, and so they wouldn’t tell you that she has tears in her eyes as she jumps down from the tree and lands softly in the leaves. They wouldn’t tell you of her
heaving sobs of regret as she walks back to the river, her body light as air.

But then again, my baba said, what most people
would
tell you is also true. That she will find another man; that she will do it again. She will sit in the trees and sing her song as often as she needs to, take as much strength as she requires to survive.

L
ast night I woke up in a panic, convinced our apartment building was beset by tornadoes. My bed shook beneath me in response to a distant
whump
, and in the cup of water by my nightstand I saw rings echo outward on the liquid surface. The whole room retained a shimmer of movement, the afterglow of impact; a hint of wind groaned through the trees outside, and my eyes filled up with tears. I’ve always been afraid of storms.

We live on a high floor, among the top branches of the courtyard ashes and oaks, and if I peer through the bedroom window I can usually see a sliver of Lake Michigan, sometimes the indistinct forms of people running on the lakeshore path. But from my pillow I could only see the sky. Dark and roiling, bleary with water. Another strong shake hit the building, as though every front door were slamming at once, and I winced. Beside me in the dark bed, John turned and mumbled something unintelligible, tugging the blanket over his ear. And then Kara began to whimper.

I’m still not used to infant cries, which always sound, to me, terribly lonely. As if they know they can’t be understood, and this is the larger part of their woe. Kara’s were soft, though, uninsistent, and I waited to see if they would melt away. Perhaps she’d just woken up to find herself unfettered in bed, the swaddle tossed off by her own sleeping limbs. I held my breath.

She might not hear it
, I thought. She might be too tired to really care, and fall back asleep with her head resting beside her fist. My heartbeat sounded in my ears, drumming in time with the rain and wind. During elementary school tornado drills, we were taught to shield our faces behind elbows and forearms as we filed into the cold concrete shelter below the gym. I wanted to pull the pillow over my head or tug John’s arm over my eyes and ears to mute the sounds and give me some measure of protection. But I lay still, listening. And hoping:
don’t let her really be awake
. As though being unaware of a storm could save you from it. As though sleeping babies were routinely picked up by twisters and set back down gently, unharmed.

I could lie here, afraid, and watch the windowpanes shatter inward. I could watch the ceiling rise, prised off by giant unseeable fingers. I could feel time slow down and then speed back up, the certainty of death upon me. I could do this, if only she went back to sleep and kept up her deep, unshuddering breaths.

Something banged against the window. A tree branch maybe, wrenched free by the violent air. Kara inhaled sharply and then really cried, a begging, a bellow in the moonless night. The sound seemed to come from my own chest, and I jumped up, grabbed Kara from the cradle to try and fit the cry to my lungs. If anything broke through the windows now it would slam into my back, sticking me with glass shrapnel. I wrapped my head and shoulders
over my daughter so we were one body, double-face hidden below the curve of the torso.

But nothing came. John continued sleeping, air easing through his lips. And Kara, snug against my shoulder, shushed. Her eyes trembled shut. The building quivered. And I found my wish granted, me the only sentinel against the night.

T
he truth about possibility is that it is boundless. I could just as easily have been sucked into the sky to fly with cars and billboard shards as ignored by the gods for another day and left to fall asleep in a chair with a child clutching my hair in her sweating fingers. I admit that singing opera provides me with a taste for the dramatic. But in my daily life I prefer a degree of peace—time to luxuriate in the shower or bath, space to run scales until my voice is warm and elastic.

I just happen to know that sometimes the world gives a little twist and everything changes. A shout percussing across the mountain stones until one falls down and the rest tumble after. There is danger in small things.

T
his morning I woke up to an electronic
bip
. John stood above me holding my phone, flipping through the settings.

“There you go.” He handed it to me—I shook the stiffness out of my fingers before accepting. “Volume is up to the max. You should be able to hear it from anywhere in the house now.”

“Oh joyous thing.” I yawned. Then I caught myself. “Wait. You found my phone?”

“Wasn’t lost.” He shrugged and smoothed a navy blue jacket
over his shoulders. “We’re doing an open rehearsal for a set of local elementaries today. And then I have to meet with Stan, so maybe seven?”

“Okay.” I scrolled through my missed calls. Nothing essential. At least, nothing I wanted to return.

Nothing from my baba Ada. Though that was natural.

Kara stirred, and I adjusted her so she could begin nursing. Her quiet supping sounds. John leaned over and kissed her ear and then, after a split-second pause, mine. I couldn’t help but shift. So many mouths occupied with my body.

I watched him pull his gray wool coat over the blazer, wrap a scarf around his neck, and make sure he had the right music in his leather satchel before putting on his gloves. Then he waved. Slipped through the door and was gone.

Most people in my position would take comfort in the fact that conception dates are approximate at best. The, shall we say, soft-focus view of my daughter’s provenance is that no one can be sure about it. And there are moments when I can almost imagine him at the source of her. Hollows left in the pillows by the weight of a head, John hefting himself off the mattress to walk naked into the kitchen for a glass of tap water.