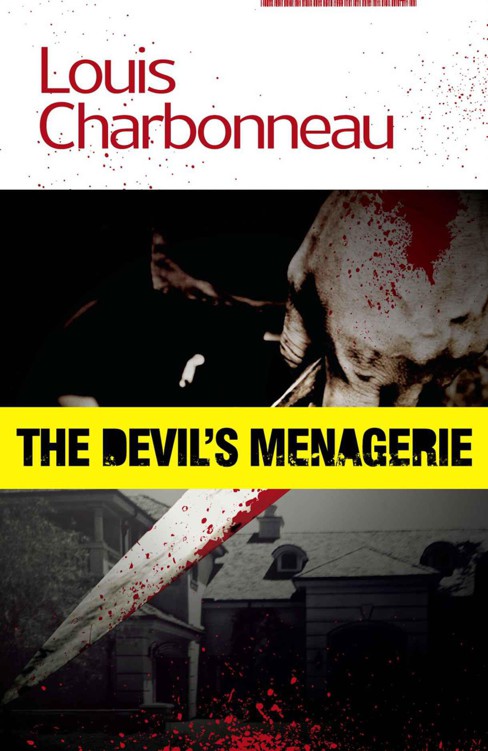 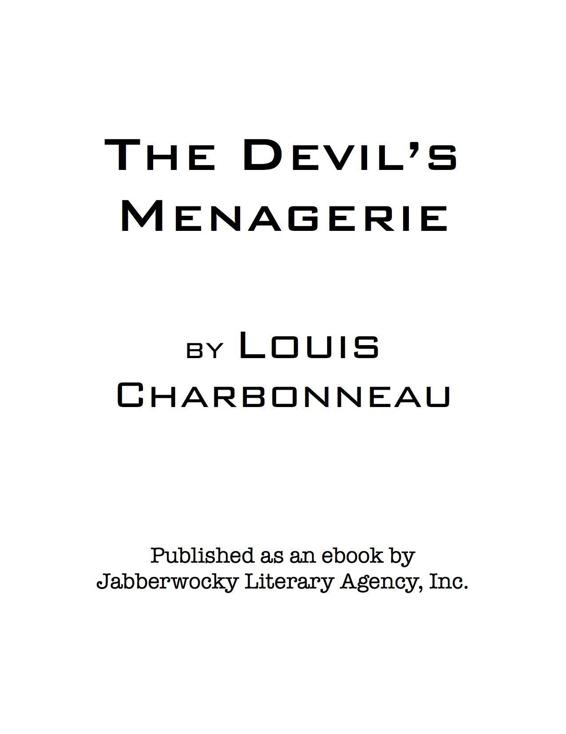 Published as an ebook in 2014 by Jabberwocky Literary Agency, Inc.

For Joshua Bilmes,
for his support, friendship
and labors beyond the call

R
EMEMBERING THAT NIGHT
always gave him a quick-charge. It was like seeing the scared, unmoored expression in a woman’s eyes at the instant when she first realizes that she has made a mistake, that the usual coy games won’t save her. Sometimes—he didn’t examine this fleeting thought closely—he wondered if his mother had ever seen that shocked comprehension in his eyes. If she had
enjoyed
seeing it.

He shuffled the memories like snapshots, pausing to study the good ones. He was still in the Air Force then, stationed in Wiesbaden, Germany. Off duty, he had gone into a village overlooking the Rhine, not far from the base. It was November and darkness came early. The day had been cloudy and damp, and intermittent drizzles persisted into the evening. The air felt dirty and bitter cold. The atmosphere matched his mood.

He spent the evening in a village beer hall getting half-drunk. He had always been able to hold his liquor well. When he went to the men’s room he could feel the heaviness in his limbs, but his mind stayed cold and clear.

A copy of the letter was in his jacket pocket. Once in a while he would pat the pocket with his fingers, feeling the folds of the sheet of paper, as if to verify that it was still there. He kept the original in a waterproof pouch at the bottom of his trunk, like a treasured artifact. Once, late in the evening, he fished the copy out of his pocket and carefully unfolded it. The blonde across the room who had been giving him the eye for the last hour watched him, a faint smile on her full, pouting lips. German girls had this habit of pushing their lips out, pursing them as if inviting a kiss, even when they didn’t mean it, as if they had all gone to the Elke Sommer school of acting.

He felt rage rising, bile in his throat. He swallowed it, held it down. The blonde was probably making guesses about the letter. A love letter from home in the States? From his wife? A girl friend? Why else would a man brood over a letter late at night amidst the noisy confusion of a dimly lighted bar? He thought about walking over to her, not hurrying, and smearing that little smirk across her face.

The heat had always been there, an invisible part of him for as long as he could remember, like hepatitis in the blood. Banked coals, always ready to burst into flames. Sometimes, even as a boy, his temper had got him into trouble. At school he was big for his age, and because he fell behind early in his studies he dropped back to a class a year younger. In schoolyard fistfights he took a joyful relish in hurting kids who were younger, smaller and weaker, punishing them, never letting up until he was dragged off. After a while no one wanted to fight him. He became a casual bully, unchallenged.

When he was seventeen he enlisted. It felt like being let out of a prison. He never went home again.

The violence remained in his blood. Sober, he frequently didn’t sleep well. Counting sheep, or fantasies of compliant women, left him wide-eyed. At some point he began to use other fantasies to ease his way to sleep. Images of his fists smashing into soft flesh, breaking brittle bones, splitting fragile mouths. Blood spraying the blackness behind his eyelids. He didn’t need sleeping pills, antihistamines, even pot or other drugs. If he was tossing and turning, he would think about violent images, wait for them to take shape, create scenarios that gave them focus and intensity. Most of the time the dramas never played out to the final curtain. The anticipation was enough, the tranquilizing effect of those first moments of imagined rage. He would drift, sedated on a sea of savage blows.

The blonde was not the only woman in the crowded hall who had noticed the handsome American soldier with the staff sergeant’s stripes on his sleeve and the row of brightly colored ribbons over his left-hand chest pocket (the pocket where he returned the folded copy of the letter). Something about him commanded their attention. He had regular features that barely escaped blandness, close-cropped sandy hair, cool gray eyes behind tinted gold frames. He resembled a young William Holden, the Golden Boy of another era, but heavier, with wide shoulders and a deep chest. He was an inch under six feet tall and weighed just over two hundred pounds. His face was unmarked but his hands were scarred and calloused, with one knuckle oversized from being broken. He wore a plain gold wedding band on the third finger of his left hand.

The cool gray eyes, magnified slightly by his glasses, were the feature women noticed particularly, perhaps mistaking their mocking glint for good humor. That and the easy way he moved, with the controlled power of an athlete. When he pushed away from his table and walked toward the door the blonde watched him hungrily all the way. She was no longer smiling.

Beringer half hoped she would try to follow him.

The damp cold shocked his senses without quite sobering him. His glasses, warm from the overheated beer hall, steamed up from the cold. He removed them and carefully polished the plastic lenses with a soft white handkerchief he carried solely for that purpose, whistling softly between his teeth as he worked. When he put the glasses back on and set off he felt very light on his feet, intensely alive, invulnerable, moving through the darkness like a tiger through tall grass.

Ahead of him an ancient bridge crossed the Rhine, its shape obscured by night fog. Two figures passed through a pool of light and disappeared into the mist.
Snapshot: scene from an old spy movie in black and white
.

A couple, Beringer thought. A uniform and a girl, leaning into each other. He felt an odd singing in his brain, as if he could sense the electrical impulses racing along the network.

Without even thinking about it he started to follow the couple. They materialized briefly from the misty darkness when they passed under one of the light stanchions on the bridge. The yellow glow of the lights was too feeble to penetrate more than a few feet into the shadows. The figures were imprecise, loosely drawn in gray and black watercolors and kissing, their bodies bowed inward at the waist as if their pelvises were attached.
Click!
The river mist curled around them.

Just as Beringer reached the foot of the bridge they broke apart, skipped into the mist hand in hand and vanished.

Their disappearance gave him a moment’s beery confusion. Where could they have gone? He walked after them, alert and excited, working out the puzzle. They weren’t jumpers, not the way they were acting with each other. And there was no way off the bridge.

He found the answer near the center of the bridge: a door where a door had no place being, set into a concrete frame. In the mist and darkness, finding a door there was like one of those creepy moments in a film about a haunted house when someone accidentally presses the right button and discovers a secret opening in a solid wall.

Stairs leading down into the darkness.

Beringer had a flash of opening the door and stepping into a void, plunging through the night into the cold black waters a hundred feet below, as if the door had been put in the middle of the bridge as a sick joke.

He took off his glasses, folded them into their case and clipped the case over his right breast pocket. Quietly he opened the thick wooden door. It swung silently on oiled hinges. He peered down, squinting without his glasses. In the pitch blackness several seconds passed while he assured himself that there really was a flight of stairs. They seemed to lead down into a bottomless well.

Then he heard the girl laugh, the sound warm and gurgling like bubbles spilling up in tepid water and bursting at the surface. The laughter, swirling up out of the dark emptiness below the bridge, gave him an eerie sensation. But the sound was too real, too much the echo of a woman’s naked yielding, and the crawling on Beringer’s neck gave way to a stirring in his loins.

The steps led down to a platform, some kind of observation or service platform (he never went back in daylight to see it), and the G.I. had the girl down there.

Beringer tiptoed silently down the steps. He was halfway down when the animals-rustling-in-the-leaves noises from below abruptly stopped. By this time his eyes had adjusted enough to the deeper blackness so that he could make out the two figures on the platform. The girl scrambled to her feet, brushing at her clothes as if they were dirty, rearranging herself.
Snapshot: a white breast being pushed back out of sight
.

Then the young soldier, who was as thin as straw, no more than twenty years old, did a thing so ridiculous that Beringer laughed whenever he thought of it. He retrieved his cap, which must have fallen off during his grappling with the girl, and as Beringer paused on the bottom step the soldier carefully put on his cap while he stared upward.

“What the hell—?” the soldier said.

Beringer didn’t say anything. He peered toward the girl, only a few feet away, backed against a waist-high safety rail. Up this close his vision was good enough without his glasses. The photographic image recorded in his memory was of a spill of blond hair, the pale softness at her throat, the round dark pools of her eyes, her open mouth.

“Who are you?” the soldier demanded. Beringer heard a quaver in his voice. “What do you think—?”

“Get lost, junior,” said Beringer, without raising his voice or taking his eyes off the girl.

“Fuck you!” Anger and fear made the young soldier’s voice shrill.

“Not you,” Beringer said to the girl. Finally he turned to the young soldier. “You can go, Jimmy.”

The soldier jumped him. He managed to get in a wild blow, but Beringer hardly knew he had been hit until he felt the sticky warmth of blood on his lip. His brain was singing louder. He hit the thin soldier once, a solid punch to the face. Jimmy folded over the railing as if he had no spine. He did, though. He pulled himself off the railing and came back. Beringer was grinning now, feeling fine, hearing the girl’s frightened protests and the soldier’s wheezing struggle to breathe through a broken nose. Beringer grabbed the kid soldier and wrestled him back to the railing. When he picked him up, Jimmy seemed weightless. It was like lifting a child, like the times Beringer would toss his son into the air until he shrieked with delight. But now it was the girl who screamed. When the soldier felt himself in the air, high over the protective rail, he made only a bleating sound that was maybe an oath and maybe a cry and maybe just the unconscious reflex of disbelief.