El’Korr noticed that Bailo didn’t actually seemed surprised. Bailo’s quick response alerted his instincts that this old dwarf had come out of the Forgotten Mountains on purpose. “What brings you out from hiding?” El’Korr asked.

Bailo took a step forward, but was quickly halted by the guards. The dwarf looked up at El’Korr and said, “I have seen with my own eyes the fall of King Manasseh at your hands and I have come to pay homage.”

“Homage? You have come to pay homage? I cannot wait to see what sort of homage you have in mind!” El’Korr incredulously replied.

“May we talk in private, El’Korr?”

“Nay, you will speak for all to hear.”

Bailo took a deep breath and exhaled. “Very well. Centuries have passed and memories of the former times have become distant, though they haunt me to this day.”

“As they should,” a voice called from outside the room.

Bailo turned quickly and saw Dulgin entering from an opening on the right of the Great Hall.

Bailo was stunned, he exclaimed, “Dulgin, is that you?”

“Yeah, it’s me, Baily. I’m one of your haunting memories you were talking about and this ghost is going to kick yer arse.”

King Morthkin waved his guards to intercept the hasty red-head. Dulgin stretched forward trying to break through the defense.

Bailo lowered his head and said in a low hoarse voice, “I never wanted any of this to happen. I have caused grief beyond comprehension.”

He fell to his knees in remorse. El’Korr approached, his every step echoing in the hall, “Bailo, the time has come for your judgement.”

The dwarf king spoke in a hushed tone, “Tooneck-di-vigosh.”

Bailo quickly looked up. El’Korr grabbed him by the arms and hoisted him to his feet.

Dulgin broke through the guards, smiling, and said, “I forgive you also, except for the scar you gave me. I still owe you for that one.”

Dulgin smacked him on his armored shoulder, “You have always been dense, which makes you a Hammergold for sure.”

“We forgive you,” El’Korr stated plainly.

“But nothing. Our father told me to prepare for the past,” Dulgin said.

“Yeah, at the time I didn’t understand until my brother told me you were here at the front gate.”

“Your father is alive?” Bailo asked, in confusion.

“Alive and well, in a manner of speaking. Come, we will explain everything.” 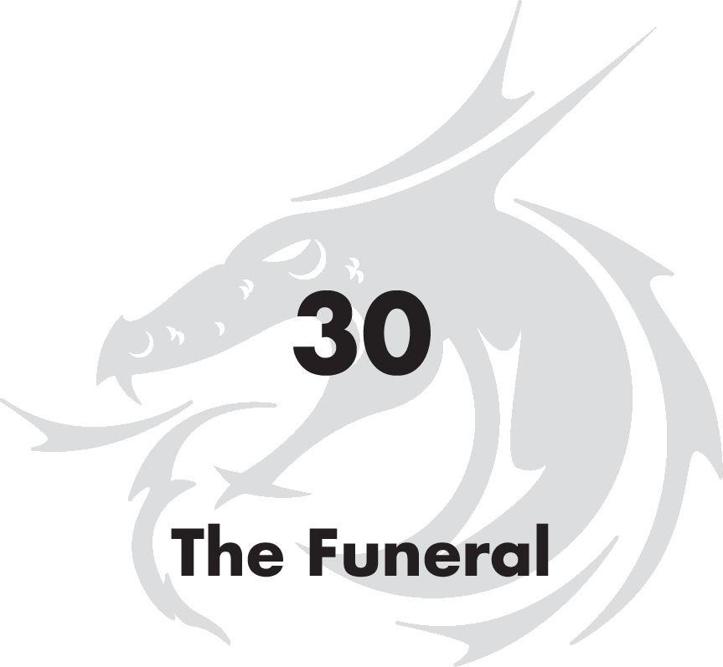 I
t was the seventh sunrise since Bailo and El’Korr’s armies had arrived and helped to fortify Te Sond from the evil horde of goblins. Things had finally settled down enough to survey the damage, and the emotions held at bay were breaking free. The dead were mourned and many private services were held. Two official funerals were planned as well, amidst the chaos of recruitments, and early training exercises already beginning. In small measures, preparation for future military action in hopes of defending from any attack was bringing hope back to many, even those with the heaviest of tasks still before them. 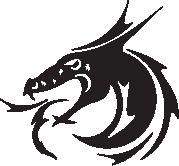 The solemn drums beat in unison. The wild dwarves marched, taking one step with every resounding tap of the cadence beat. El’Korr and Dulgin, along with two other dwarves, carried the wooden bed, fashioned of smooth calboar wood, sourced from the high peaks of Guul-Fen at great cost. Resting on top was the body of Rondee the Wild, a fallen hero of the realm, but more importantly a fallen friend to those who surrounded him now.

El’Korr took each step with pride, his face resolute, eyes focused on the chamber they approached. Dulgin glanced at his brother and could feel the emotion he was holding back or was it his own emotion he was holding back? So much loss they had all experienced with the fall of Bridazak and Rondee and more loss was inevitable with war against the remaining Horn Kings on the horizon.

The light of the torches lining the walls lit the pathway, and the smell of burning oil filled the tunnel. The crisp chilly air filled their lungs as they marched one step at a time, following the staggered drum beat. The cold brought numbness to the depth of their bones like the sorrow they carried in the depth of their hearts.

Geetock led the eighteen remaining wild dwarves, who unwaveringly held the tradition that only dwarves would be permitted to partake in the funeral of one of their own. The drums were also a deep part of the little-known tradition; they signified the announcement of a great warrior into the afterlife, calling for those in God’s realm to prepare to receive Rondee. King Morthkin marched just behind the funeral bed, feeling the weight of having lost so many of his own to the goblins, but thankful for another chance to redeem them. Scores of frost dwarves followed the brigade to show their respect, and to partake in something none of them had ever experienced, as the clan of wild dwarves were even more isolated than themselves.

An ice-rock altar, flat topped and custom built for the dwarf, stood barren in the middle of the circular room. The wild dwarves marched around one to each side, alternating, continuing to beat the drums that were strapped across their shoulders. El’Korr and Dulgin brought Rondee to the center and laid him down on top. The drum beat increased.

The frost dwarves stood in resolute military ranks and files outside the chamber, offering honor worthy of a fallen king.

The drum strikes became faster and faster, still in unison, until finally coming to an abrupt halt, and the echo faded to silence. Each dwarf could still hear the beating inside their minds, but it soon quieted. No one made a sound.

The wild dwarf brigade each took their drums off and laid them at their feet. Geetock stepped forward, withdrawing a waterskin. He pulled the stopper and poured the water over Rondee’s face. It splashed and trickled down the sides. Geetock said, “Keldot te fesh. We baptize you into the next realm.” He placed the waterskin nestled in between his arm and body.

Another wild dwarf stepped forward, uncorked his ale-skin, and poured the contents over Rondee’s chest. The smell of strong dwarven ale permeated the air. Bubbles of the alcoholic liquid oxidizing his hide armor slowly dissipated as the wild dwarf said in a gruff and deep voice, “Daemosh te kah-doo. We celebrate your victories.” The dwarf placed the skin opposite the other, nestled in the armpit and then backed away.

Silence once again enveloped the room. El’Korr took a deep breath, exhaled, and then walked forward, standing at the foot of the altar.

His deep voice echoed, low at first but strengthening after each word, “You have been baptized to enter the afterlife. The finest ale, reserved for kings, has been shared to honor you and in recognition of your conquered enemies in this life you leave behind. A dwarf is naked without his beard and without his weapon, though I have seen you break bones of giants with your bare hands.” El’Korr unclipped Rondee’s trophy tiny hammer and rested it in his friend’s hands and chest. “Thank you for following me in this realm and now it is an honor to follow after you into the next. Selfot te miember, my friend.”

“Kheldosh!” all the wild dwarves yelled together.

El’Korr stepped back as Rondee’s family and clan held hands and circled his body. They bowed their heads and telepathically melded their minds with one another. Seconds elapsed and there was an energy building in the atmosphere that caused the surrounding dwarves to glance at one another puzzled, aware that something was happening.

A beam of light formed out of each of their chests and slowly wafted closer to the deceased laying before them. It finally connected over Rondee’s body, the white and orange swirling light encompassing the fallen hero. The aura increased to the point that caused the others to look away, all except El’Korr, who narrowed his eyes but held his gaze.

A far off rumble, like that of thunder, was heard. The light pulsed and then ended abruptly as a remnant sound of a bolt of lightning faded away. Each dwarf brought their eyes back to the altar to find it empty. Rondee had vanished.

The wild dwarves picked up their drums and began beating them together once again. They marched out of the chamber in single file. El’Korr remained, as did Dulgin. The others slowly followed, none of them speaking to one another out of respect of what they had just witnessed.

Dulgin whispered to his brother, “Where did his body go?”

El’Korr did not respond but held his gaze upon the empty calboar wood bed.

“The heart of a true dwarf.”

El’Korr turned to look into Dulgin’s eyes, “He saved my brother.”

The dwarven kin embraced one another. Dulgin gently pushed El’Korr’s shoulders back after a minute and said, “Come, we have another fallen hero to honor with the rest of the races of Ruauck-El.” 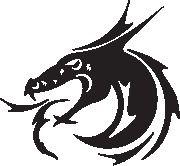 Morthkin, King of the frost dwarves, ruler of Te Sond, and protector of Guul-Fen mountains, stood before thousands assembled in the Great Hall. His white robes with gold stitching, and clergy adornments set the ambience for the gathered. A hush fell over the crowd as the dwarf positioned himself to stand in front of his throne. The heroes lined up on the side, shoulder to shoulder. Spilf stood with his parents at the bottom of the steps. Elite frost dwarf guards displaying polished silver shields stood at attention along the walls, their stoic stares cast straight ahead.

King Morthkins’s deep voice echoed, “Beloveds of God, today we are gathered here in honor of a great hero, Bridazak Baiulus, the carrier of the Orb of Truth and a friend of God, the one who has brought light back into this darkened world. His sacrifice, his courage, his faith, has been felt within us all.” Morthkin paused, then looked at Dulgin and nodded.

The red-bearded dwarf stepped forward and faced the thousands gathered. Dulgin was hesitant at first, not being used to so many people looking at him, but bolstered himself and said firmly, “Bridazak was my friend. He fought with a dwarven heart and spoke as a noble. He now resides in the eternal heaven, and will embrace each of us at the gate of love—this I’m certain. He will forever be in my guarded heart and I’m sure he has snuck into a few other hearts too. There is nothing greater than to lay down your
life for another and there isn’t a moment that goes by that I stop missin my friend. If I could trade places, I would.”

Dulgin gruffly finished and stepped back. King Morthkin continued the service, “Good races of Ruauck-El, we are not mourning this loss today, we are celebrating the freedom he has given us all, by his sacrifice in the defeat of the tyrant oppressor Manasseh, not once, but twice. Look around you brothers and sisters. See the soul that stands next to you. Together, we are strong, and together we will fight against the injustices placed on us, on our friends, and on our families. Too long have we stood idly by as evil has corrupted our lands, our homes, and our people. It is time!”

Xan nudged Dulgin, “What is he doing?”

Dulgin nodded slightly while smiling, “He is getting these armies all riled up, that’s what he’s doing.”

“Do you think that is appropriate right now?”

Daring Time by Beth Kery
Tuck's Treasure by Kimber Davis
Dark Spirits by Ford, Rebekkah
Desirable by Frank Cottrell Boyce
Close Protection by Morgan, Riley
Gimme a Call by Sarah Mlynowski
Wings of Boden by Erik S Lehman
A Favorite of the Queen: The Story of Lord Robert Dudley and Elizabeth 1 by Jean Plaidy
Kathryn Smith - [Friends 03] by Into Temptation
Unchained: A Stepbrother Romance by Johnson, Emma
Our partner