The Forgotten Killer: Rudy Guede and the Murder of Meredith Kercher (Kindle Single) 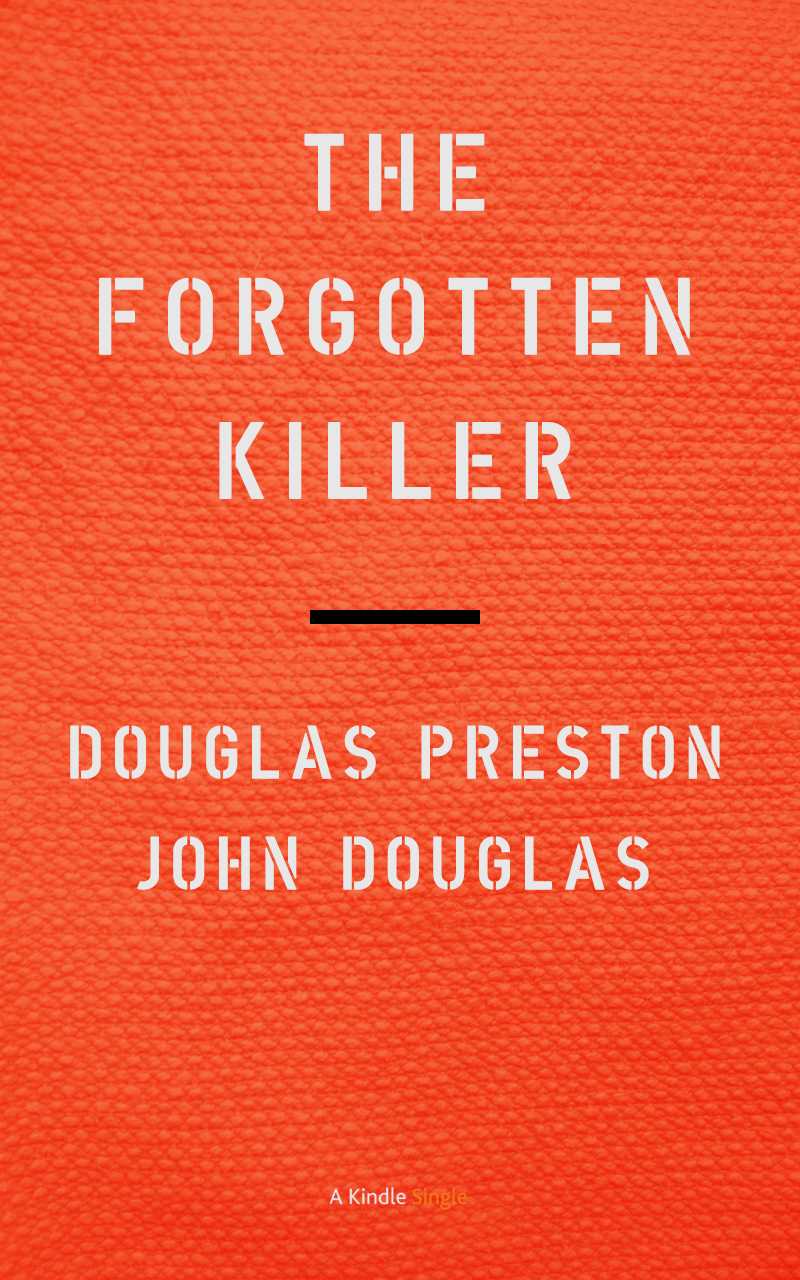 RUDY GUEDE AND THE MURDER OF MEREDITH KERCHER

By John Douglas and Mark Olshaker

“…I know I’m not writing to anyone, but you who are reading, listen. Do you know what it feels like to look across at the person in front of you and see them looking at you like you are a monster? Do you know what it feels like for someone to call you a liar straight to your face when you are telling the truth? Stupid liar! Then hit you … I can’t stand this feeling of being hated for something I didn’t do. To have my life rifled through for something I didn’t do. To have the crap scared out of me until tears and wailing were all that could escape my throat for something I didn’t do and know nothing about. For going to jail when my friend was murdered. I’ve actually imagined myself dying, but I don’t let the thought last for long. I don’t want to exhale myself and float out the window, because then what? My life is here, right now, and I want it back…”

“Amanda has nothing to do with it.… She wasn’t there.…”

—Rudy Guede to his friend Giacomo Benedetti during a three-hour Skype call from Germany, monitored by Perugian police; November 11, 2007

On October 28, 2008, when Judge Paulo Micheli found Rudy Guede guilty of the crime of murder, following an abbreviated “fast track” trial, the killer of talented British college student Meredith Kercher was removed from society and placed safely behind bars, where he has resided ever since. That same day, the judge also ordered a case devoid of merit or motive to proceed to full trial against the victim’s American roommate and her Italian boyfriend.

The following chapters describe the tragic killing of a young woman of promise as well as the ongoing injustice that has occurred in the wake of her loss.

While more than a dozen books have been written about the death of Meredith Kercher, nearly all of them have paid scant attention to the certain perpetrator whose DNA was found in, on, and around the victim in multiple locations at the crime scene. No viable DNA evidence was ever detected at the crime scene indicating the presence of anyone else. The absolute impossibility of selectively removing DNA of two out of three murderers from a bloody crime scene has not stopped a cottage industry of obsessed conspiracy theorists from ignoring the sole perpetrator in this horrific tragedy.

Who is Rudy Guede, the then 21-year-old drifter who murdered Meredith Kercher? The media have said little about him. We know he is a likely suspect in a number of burglaries that occurred shortly before Kercher was killed, but nobody has
investigated these crimes carefully, or if they have, the results have not been made public. The authorities appear to have no interest in investigating the story of a bungling criminal who acted alone, without a plan, and who took risks that far outweighed any possible benefit to himself. To do so would only make the truth of the Meredith Kercher murder that much harder to deny.

The broad outlines of Rudy Guede’s story have continued to emerge. To those who knew him, he did not stand out at first as a dangerous person. On November 1, 2007, Guede appeared to be a troubled young man with no direction in life and no close relationships. He had been born in Ivory Coast, Africa, on December 26, 1985. He was just shy of his 22nd birthday at the time of Meredith Kercher’s murder. When he was 7, he traveled to Italy with his father, who was searching for employment, while his mother stayed behind. Once settled, Guede spent much of his childhood in the care of his teachers and the parents of his friends, because his father was always working. They describe him as a likable child, and they felt sorry for him because of his unstable home life. A woman who knew him as a little boy said he once visited his mother back in Ivory Coast. He was excited on the eve of his departure, but he was withdrawn and subdued upon returning three weeks later and never spoke about the trip.

When Guede was 15, his father returned to Ivory Coast for what was supposed to be a short visit, leaving the youngster more or less on his own. A brutal civil war was raging in that tumultuous African nation, and his father’s absence extended to many months, tantamount to what no doubt felt like abandonment. By this time, Guede was in high school, where he was known to be a poor student but a good basketball player. In this capacity, he attracted the interest of a wealthy Perugian resident named Paolo
Caporali, who sponsored the local basketball team. Caporali informally adopted Guede. The relationship eventually soured, and Caporali would later express his profound disappointment with Guede in news interviews after his arrest. Caporali had set him up with a job but fired him for absenteeism. He described Guede as a chronic liar who could not function at anything with consistency. Eventually, Guede dropped out of school and spent much of his time wandering the streets.

By 2007, he was living in Perugia with no apparent source of income. Later, at his trial, a witness would testify that Guede was a habitual abuser of cocaine and alcohol who harassed women and snatched handbags. Zach Nowak, a young American expatriate living in Perugia, confirmed that Guede had a reputation for bothering women at nightclubs, to the point where they complained to the staff. Other acquaintances around this time described him as exhibiting bizarre behavior, primarily at night, including sleepwalking, talking to himself, hallucinating, making animal sounds, and other symptoms suggestive of mental illness.

In September, a man was awakened in his Perugia apartment by an intruder who was armed with a knife but fled without injuring anyone. The man later identified the intruder as Rudy Guede. In October, another apartment was severely damaged in a fire caused by a burglar. Among the items stolen was a woman’s gold watch. Later that month, a burglary took place at a Perugia law firm, in which the intruder gained access by climbing a wall and breaking a second-floor window. On October 27, a few days before Meredith Kercher was murdered, Rudy Guede was caught breaking into a private school in Milan. He was found to be in possession of the laptop stolen from the Perugia law firm, along with a woman’s gold watch and a knife.

On the evening of November 1, 2007—All Saints’ Day—Rudy Guede climbed a wall, used a rock to break a second-floor window under cover of darkness and forced his way into a small house on Perugia’s Via della Pergola where Meredith Kercher lived with three other women who, because of the holiday, were not present at the time.

When Meredith Kercher arrived home, Guede was still there. He sexually assaulted her and slit her throat. Two days later, he fled the country. He was identified through fingerprints left at the scene. Two weeks after that, he was tracked down by police and apprehended near Mainz, Germany, and brought back to Italy to face justice.

By then, however, an overzealous prosecutor named Giuliano Mignini, a lifelong resident of Perugia, had detained, interrogated, and arrested Amanda Knox and Raffaele Sollecito for the murder of Meredith Kercher. Rather than admitting his mistake in light of the capture of Rudy Guede and freeing the young couple, he kept them imprisoned for an entire year, routinely allowing prejudicial gossip, damaging innuendo, and questionable “evidence” to reach a media pool hungry for salacious details. In this way, irreparable harm was done to the reputations of the accused, who were isolated and denied any avenue of response. When Mignini finally charged them as co-conspirators with Guede in the murder of Meredith Kercher, any chance of a fair trial had been purposefully destroyed. As a result, public awareness of Knox and Sollecito caused their case to be among the most-watched and sensationalized prosecutions in the history of jurisprudence. After a grueling trial lasting almost a year, Judge Giancarlo Massei found both Knox and Sollecito guilty of murder on December 4, 2009.

Nearly two more years would pass before appellate Judge Claudio Pratillo Hellmann announced his verdict, declaring them innocent upon appeal—under Italian
law an even more forceful verdict than not guilty because it means exoneration and an absence of any compelling evidence at all. On the main charges—murder and sexual assault—Knox and Sollecito were acquitted “
per non aver commesso il fatto
”: because they did not commit the crime. On the charge of simulating a break-in, they were acquitted even more comprehensively, “
perché il fatto non sussiste
”: because no such crime took place.

Hellmann ordered the defendants’ immediate and unconditional release from detention. On October 3, 2011, Amanda Knox walked out of Capanne Prison a free woman, escorted by her family, on her way to a flight back home to Seattle, while Raffaele Sollecito headed to his father’s house and liberty, soon to enroll at the University of Verona to continue his college studies.

When I first heard that Amanda Knox had been arrested for murder in Italy, I assumed it was someone other than the one I knew—someone with the same name. The Amanda we knew had attended high school with my daughter and they were friends. They sang in musicals such as
Annie, Honk
, and
The Sound of Music
. They took honors English classes and clowned around in the halls together. The idea that she might be involved with anything violent was unimaginable. The Amanda we knew was one of the kindest, most wholesome, and fun-loving teenagers you would
ever want to meet. She was known for her generosity of spirit and sunny disposition; she was an athlete and aspiring writer, an honest and stalwart friend.

When I learned it was actually the Amanda we knew, I figured there had been some terrible mistake and that it would all be quickly straightened out. But her mistaken arrest would not be rectified within a few hours or days, nor within weeks or even months. She would, in fact, spend four years in an Italian prison for a crime she did not commit.

Those of us who knew her family were inspired by the way they came together always to be there for her throughout the unpredictable twists and turns of her ordeal. Even more inspiring was the courage Amanda herself displayed in the face of such an irrational odyssey of injustice. To survive and prevail, she would have to learn another language, navigate a foreign judicial system, and cope with the loneliness and constant stress and dangers of prison life. The fact that she eventually made it through to come home safely is a tribute to her intelligence, her resilience, and her strength of character.

This succinct volume lays out the evidence and provides a definitive narrative for what really happened the night of November 1, 2007, answering the question of who was actually responsible for the crime and its aftermath.

Those who contributed chapters herein all became aware of the injustice of the proceedings and the challenges Amanda Knox was facing at some point during her incarceration. They are experts in their fields, and each addresses a different aspect of the case.

Best-selling author
Douglas Preston
has tangled before with Giuliano Mignini, the misguided prosecutor, and in the opening chapter recounts his own traumatic experience in Italy. We first became aware of Doug’s connection just days after Amanda’s arrest by Googling “Mignini” and finding an account of Preston’s encounter with him. Doug warned us that Amanda might be in for “a living nightmare,” and it turned out he was right. He’s been a rock of support from the beginning and has spoken out for Amanda at every opportunity.