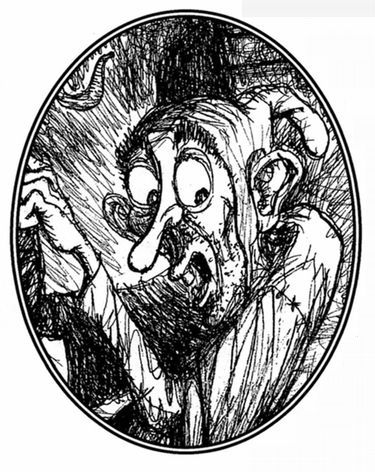 How Frypot came to be the cook at DSA is something of a mystery. Rumors abound. Some say that when Mordred bought the broken-down castle for his school, Frypot was already in the kitchen and he simply stayed on. Others say that Lady Lobelia hired Frypot because he was so speedy at washing dishes. Still others say Frypot knows many a dark secret that keeps him from losing his job. But no one ever, ever says that Frypot was hired because of his excellent cooking skills.

Known to the Boys as:
Who needs a nickname with a real name like Frypot?
Dream:
Cleaner kitchen
Reality:
Kitchen cleaner
Best-Kept Secret:
Takes long bubble baths in the moat
Plans for the Future:
Has signed up for a beginning cooking class
Yorick
Yorick is Chief Scout at DSA. His knack for masquerading as almost anything comes from his years with the Merry Minstrels and Dancing Damsels Players, where he won an award for his role as the Glass Slipper in
Cinderella.
However, when he was passed over for the part of Mama Bear in
Goldilocks,
Yorick decided to seek a new way of life. He snuck off in the night and, by dawn, still dressed in the bear suit, found himself walking up Huntsmans Path. Mordred spied him from a castle window, recognized his talent for disguise, and hired him as Chief Scout on the spot. 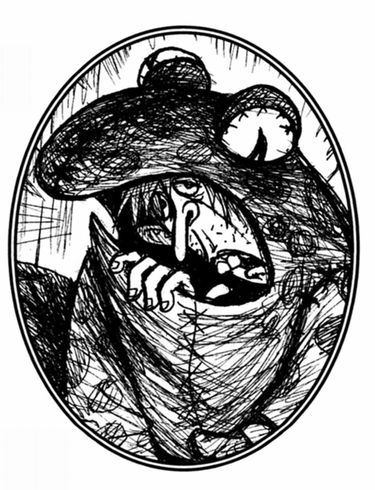 Known to the Boys as:
Who’s that?
Dream:
Master of Disguise
Reality:
Mordred’s Errand Boy
Best-Kept Secret:
Likes dressing up as King Ken
Plans for the Future:
To lose the bunny suit
~
Students
~ 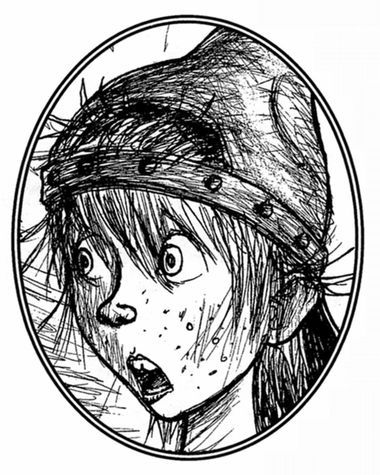 Wiglaf of Pinwick
Wiglaf, our newest lad, hails from a hovel outside the village of Pinwick, which makes Toenail look like a thriving metropolis. Being one of thirteen children, Wiglaf had a taste of dorm life before coming to DSA and he fit right in. He started the year off with a bang when he took a stab at Coach Plungett’s brown pageboy wig. Way to go, Wiggie! We hope to see more of this lad’s wacky humor in the years to come.

Dream:
Bold Dragon-Slaying Hero
Reality:
Still hangs on to a “security” rag
Extracurricular Activities:
Animal-Lovers Club, President; No More Eel for Lunch Club, President; Frypot’s Scrub Team, Brush Wielder; Pig Appreciation Club, Founder
Favorite Subject: Library
Oft-Heard Saying:
“Ello-hay, Aisy-day!”
Plans for the Future:
To go for the gold!
Angus du Pangus
The nephew of Mordred and Lady Lobelia, Angus walks the line between saying, “I’m just one of the lads” and “I’m going to tell my uncle!” Will this Class I lad ever become a mighty dragon slayer? Or will he take over the kitchen from Frypot some day? We of the DSA Yearbook staff are betting on choice #2. And hey, Angus? The sooner the better! 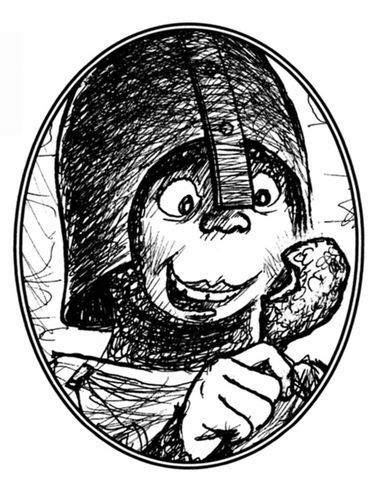 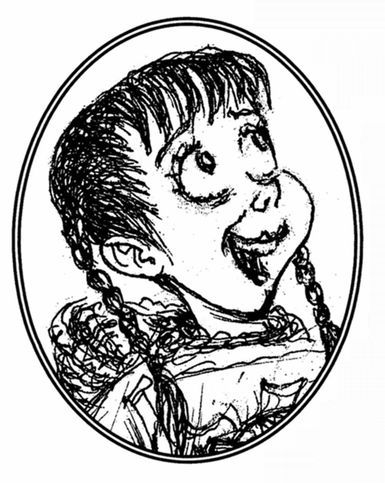 Now that DSA is coed, Erica is thrilled she can stop pretending to be “Eric.” This peppy lass is not only a girl, she’s smart, brave, loyal—and royal! Yes, that’s right. It’s
Princess
Erica, if you please, the daughter of King Ken and Queen Barb. It’s for sure that as soon as she graduates, Erica will be slaying dragons in her home kingdom. For now only one question remains. Doesn’t Erica’s arm ever get tired from raising her hand so often?