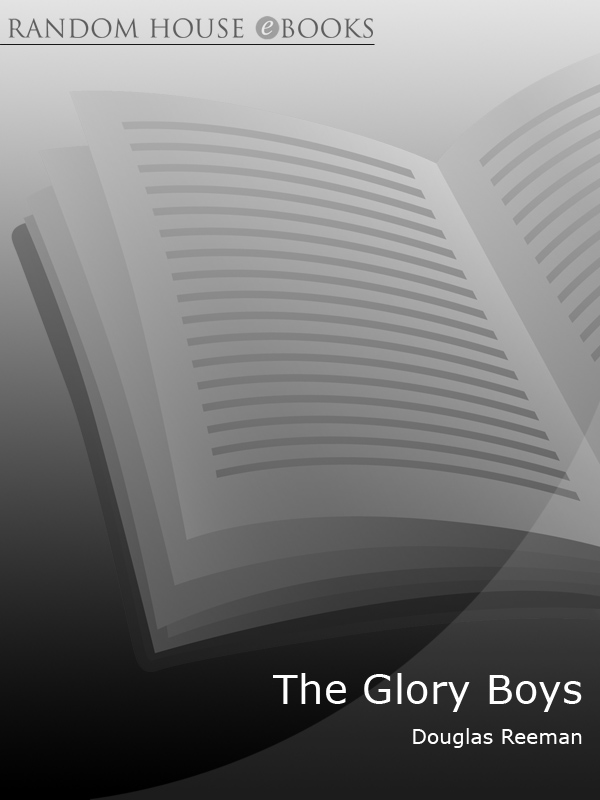 They are called the Glory Boys, by those who regard their exploits with envy or contempt.

Bob Kearton is one of them. Already a veteran survivor of the close action in the English Channel and North Sea, in January of 1943 he is ordered to the Mediterranean and beleaguered Malta, a mere sixty miles from occupied Sicily. Unexpectedly promoted to lieutenant-commander, he is given charge of a newly formed and as yet incomplete flotilla of motor torpedo boats.

The tide of defeat is thought to be turning, the enemy no longer advancing along the North African coast with Egypt and India as final objectives, and Kearton’s is a new war of stealth, subterfuge and daring, in which the Glory Boys are only too expendable.

Douglas Reeman
did convoy duty in the navy in the Atlantic, the Arctic, and the North Sea. He has written over thirty novels under his own name and more than twenty best-selling historical novels featuring Richard Bolitho under the pseudonym Alexander Kent.

A Prayer for the Ship

Dive in the Sun

With Blood and Iron

The Pride and the Anguish

Go In and Sink!

Strike from the Sea

A Ship Must Die

The First to Land

Against the Sea (non-fiction)

Dust on the Sea 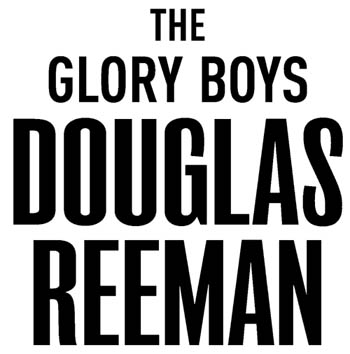 For you, Kim, with love and thanks.
We shared it.

“So stand by your glasses, steady!

We’ve all got to go by and by.

Here’s a toast to those gone already,

And good luck to the next man to die!”

Coastal Forces song
1
Next of Kin

THE SEA WAS
dark grey, metallic in the poor light, with a steep swell unbroken by wind or current. It seemed to merge with the backdrop of cloud, with no margin to reveal either horizon or distance. And the air was like a knife. Common enough for the North Sea in winter, where you could never take the weather’s moods for granted. Tomorrow it might change just as swiftly, hard and bright so you could see the land, the shoreline of Suffolk perhaps, and familiar landmarks, and obtain a compass bearing and fix your position. But that was tomorrow.

It was close to noon, but it could have been nightfall, or the start of a new day.

The only sound was the dull, monotonous clang of a wreck-marker buoy, one of the many dotting the swept channel along the east coast. Victims of nearly four years of war.

Then all at once the source was visible, the sturdy shape of an Air-Sea Rescue launch, vivid, almost garish with her stark yellow markings and R.A.F. roundel. There was no chance that she might be mistaken for M.T.B. or E-Boat, no matter which flag they flew. Or fired on by the trigger-happy gunner aboard some luckless convoy straggler, unescorted and vulnerable.
When
every sound or movement was a potential killer, it was always
shoot first!

The launch’s commanding officer stood in the forepart of his compact bridge, wedged in a corner, legs astride, as if he had never moved. Despite the seaboot stockings and layers of warm clothing, he was feeling the cold, and watching his own breath like steam against the bridge screen.

He had heard the wreck-marker buoy, saw it in his mind as clearly as if he had been checking the chart. How many times must they have used it to fix their course and position? At low water you could still see a rusting funnel and one remaining mast above the surface: not a victim of bomb or torpedo, but a collision with an overworked escort vessel when a northbound convoy had grid-ironed through its southbound opposite number in pitch darkness to avoid attack. She had been an old paddle-steamer, well known on the routes to Southend or down into the Channel and the Isle of Wight, usually packed with day-trippers and families. The war had changed that, as it had for almost every serviceable vessel: a coat of grey or dazzle-paint, and a White Ensign instead of a house flag, and she was in the navy. She had been armed with concentrated anti-aircraft weapons, and sent to fight.

The bell was fading now. It was time to alter course.

To give up
. Was it pride, or conceit? He had been nicknamed The Fisherman by both naval and merchantmen who used this coastline, because of his success in finding and rescuing so many airmen who had gone down in the drink. Some never made it, and perhaps the last thing they had seen was this or another black and yellow hull speeding past, the search abandoned.

And there was the question of fuel. They had been at sea far longer than intended, and the engineer had already thrown out some heavy hints.
They’ll have to send a search party for us, if we keep this up!

He saw the bows dip, and the spray spatter across the deck. Some of it reached the bridge screen, and did not move. It was freezing.

There was no point in dragging it out. Several aircraft had been reported crashed, and an unidentified explosion had also been slotted into a curt signal, but it had not been much help. As one wag had remarked, “What can you expect on New Year’s Eve? All too pissed to stand up and transmit!”

He tucked his binoculars into the front of his coat to protect them from the spray, not that it did much good.

New Year’s Day. Maybe the realization was only just hitting him. There had been a few grins and mock punches against the layers of clothing they all wore. Another January. Another year of war. How many more?

He said quietly, “I’m going to alter course. Make a signal to Base …” It was as far as he got.

He steadied his glasses, seeing the lookout’s face in his mind. The newest member of their little company. He could recall the time they had picked up a downed air crew, Germans, and had heard him swear and exclaim, “Let the bastards swim home!” His mother and father had been killed in one of Southampton’s air raids. But he had turned down the chance to transfer to another branch of the R.A.F., and he was still here.

We all have our reasons
.

“Starboard twenty! Midships!
Steady!
” He found the button and pressed it.

Then he trained the glasses again, taking his time, holding his breath as the tiny light filled the lenses, awash on the dark water. Not flashing, but dipping repeatedly out of sight. He heard the familiar sounds of feet and equipment as his men responded to the alarm, but it was only routine. Nobody could still be alive in this.

Their searchlight cut through the mist and spray: this was the
moment
. Two— no, three of them, tied or clinging to one another. One of those small life rafts almost submerged beneath them.

He saw the hand lift, to shade his eyes from the light, or to acknowledge that he had seen them. That the impossible was happening.

Now it was part of a drill: harness and tackle, hands ready to guide and cushion the first impact.

The engines stopped, and the hull rolled heavily on the swell. Voices were shouting orders; someone else called, “’Old on, mate, nice an’ steady!”

All three were alive.

The Fisherman felt the engines respond to the telegraph, the sudden surge of life from the screws as the launch began to turn, under command once more.

The raft had already drifted clear, tossing like a leaf on the mounting wash. There was no time to waste: back to their base and alongside before complete darkness made things even more difficult. The drab field ambulances would be waiting. They always were.

The Fisherman peered at the compass repeater and wiped it with his sleeve. Instinct, luck or stubborn pride, but they had done it.

He listened to the powerful engines, saw the spray rising from either bow. The deck was empty now, the tackle stowed out of sight. Until the next time.

He looked at his watch without seeing it. This was the worst part.

“Call me if you need me.” Nobody spoke.

Once below it seemed almost warm, with hatches sealed and deadlights tightly screwed across every scuttle, and the light was hard and glaring after the bridge, and the groping moments
between
. Even the engines’ steady beat was muffled; he could hear the quiet chorus of clinks and rattles from the bottles and jars lining one bulkhead. But always the same. Towels and blankets, dressings and bandages, and something hot to sip or swallow, for those who were capable of it.

The senior medic looked up.

“We were just in time.” He tossed some rags into a bucket. “Not for one of ’em, though.”

The airman in question was lying on a mattress, held and supported by two other medics. There was a lot of blood, or had been, and they had to prevent him from clawing at his torn uniform, although his strength was almost gone. One of his companions was propped on one elbow, watching, leaning nearer as if to hear what he was trying to say.

As the medics allowed the dying man’s arms to fall to his sides, one said abruptly, “He’s gone, sir.” Then he frowned as the other German reached out as if to touch him. “
Kaput
, see?”

The senior medic said, “A miracle he held out this long.” Then, surprisingly, his face spread into a broad grin. “This’ll even the score, sir.” He watched as a blanket was lifted, very carefully. “One of ours for a change!”

The Fisherman leaned down and grasped the hand. Like ice, but responding.