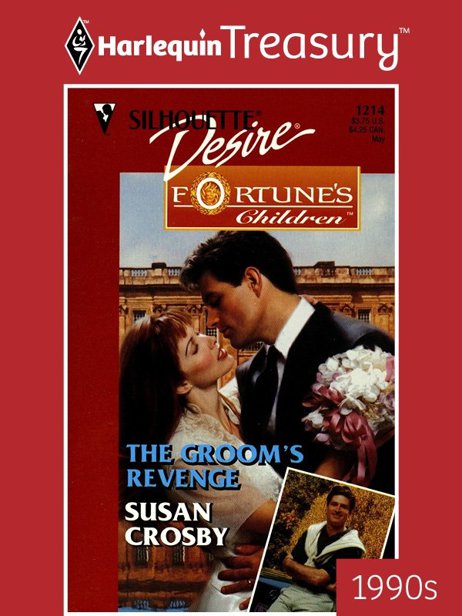 Kate Fortune’s Journal Entry
Letter to Reader
Title Page
Dedication
Acknowledgments
Books by Susan Crosby
About the Author
FORTUNE’S
Chapter One
Chapter Two
Chapter Three
Chapter Four
Chapter Five
Chapter Six
Chapter Seven
Chapter Eight
Chapter Nine
Chapter Ten
Chapter Eleven
Chapter Twelve
Chapter Thirteen
Chapter Fourteen
Chapter Fifteen
Teaser chapter
Copyright
Kate Fortune’s Journal Entry
There certainly have been a lot of weddings in the Fortune family lately. It’s a good thing we’ve hired such a capable wedding planner! That Mollie Shaw is just delightful. I do worry about her, though. She’s so trusting and innocent.-I’m sure Gray McGuire must ahve done something underhanded to convince her to marry him so quickly.
I know what you’re thinking—Kate Fortune, this is none of your business! After all, it’s not as if Mollie is family. And yet, since the day I met Mollie Shaw, I’ve felt some sort of...connection. You can dismiss it as the ramblings of an old woman, but take my word—Mollie is special. So you’d better watch your step, Gray McGuire. Harm that child and you’ll have
me
to deal with!
Dear Reader,
This May we invite you to delve into six delicious new titles from Silhouette Desire!
We begin with the brand-new title you’ve been eagerly awaiting from the incomparable Ann Major
Love Me True,
our May MAN OF THE MONTH, is a riveting reunion romance offering the high drama and glamour that are Ann’s hallmarks.
The enjoyment continues in FORTUNE’S CHILDREN: THE BRIDES with
The Groom’s Revenge
by Susan Crosby. A young working woman is swept off her feet by a wealthy CEO who’s mamed her with more than love on his mind—he wants revenge on the father who never claimed her, Stuart Fortune. A “must read” for all you fans of Daphne Du Maurier’s
Rebecca!
Barbara McMahon’s moving story
The Cowboy and the Virgin
portrays the awakening—both sensual and emotional—of an innocent young woman who falls for a ranching Romeo But can she turn the tables and corral
him?
Beverly Barton’s emotional miniseries 3 BABIES FOR 3 BROTHERS concludes with
Having His Baby
. Experience the birth of a father as well as a child when a rugged rancher is transformed by the discovery of his secret baby—and the influence of her pretty mom. Then, in her exotic SONS OF THE DESERT title,
The Solitary Sheikh
, Alexandra Sellers depicts a hard-hearted sheikh who finds happiness with his daughters’ aristocratic tutor And
The Billionaire’s Secret Baby
by Carol Devme is a compelling mariage-of-convenience story.
Now more than ever, Silhouette Desire offers you the most passionate, powerful and provocative of sensual romances. Make yourself merry this May with all six Desire novels—and buy another set for your mom or a close friend for Mother’s Day!
Enjoy!
Joan Marlow Golan
Senior Editor, Silhouette Desire
Please address questions and book requests to
Silhouette Reader Service
US. 3010 Walden Ave., P.O Box 1325, Buffalo, NY 14269
Canadian: PO. Box 609, Fort Ene, Ont L2A 5X3
THE GROOM’S REVENGE
SUSAN CROSBY

Jayne Doe by jamie brook thompson
Risk Everything by Sophia Johnson
The Family Plan by Gina Wilkins
Girl, Undressed: On Stripping in New York City by Ruth Fowler
Of That Day and Hour: A psychological thriller by Anthony O'Brien
Dyeing Wishes by Molly Macrae
Day, Xondra - Menage on the Prairie (Siren Publishing Ménage and More) by Xondra Day
In Memory of Junior by Edgerton, Clyde
The Discoverer by Jan Kjaerstad
The Lucky Charm (The Portland Pioneers) by Beth Bolden
Our partner