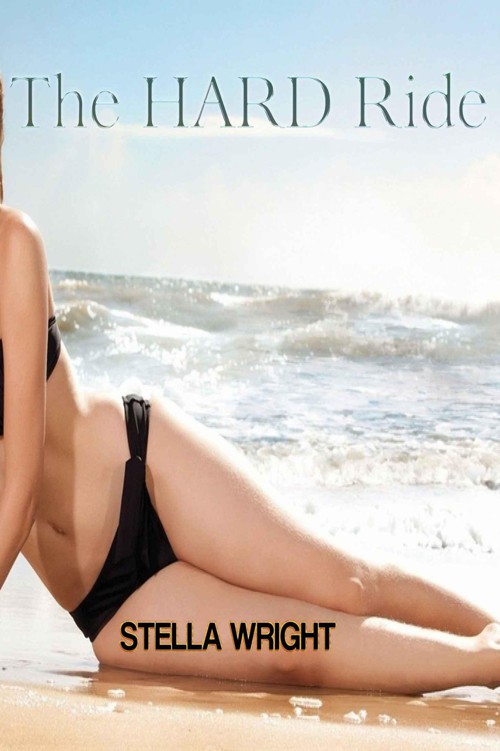 The road seemed endless without a sight of another vehicle
, or anyone for that
matter. I looked at James and kept staring at him until he noticed me and smiled.

“Nothing
just thinking about something,” I replied looking straight ahead.

“Would you tell me?”

“Really, what is it about?” He winked at me.

“Forget it,” I turned my gaze at the roadside trees.

I hated James, for everything he did. He would bang girls for fun and then simply forget their names and their faces. He was so
senseless and shameless. Still
I was with him in his car. Awkward stuffs happen to odd people often. My friends would give their soul to the devil to sleep with him and it wasn’t surprising as James was hot as hell. Tall, tanned, broad shoulders, cute smile, sharp nose and
blue eyes, these were enough to get any girl he wanted. He was the captain of the school soccer team and was an amazing speaker. You
must be wondering how dumb
I am to hate such a guy
with that breathtaking torso
. Well I’m not a sex starved girl or a one who would just sleep with a guy and then get dumped in
to
the
pit. I respect myself and won’t let anything take it down not even a sexy guy like James.

It was his attitude that I disliked. He viewed the girls as objects and to him sex was nothing but an equivalent to a day’s meal. No real feelings at all. My best friend had once come back to the dorm all jumping and ready to burst out screaming out of joy.

“I had sex with James
last night
. Can you even believe
it?
It’s a dream come true. Wow!”

I could not believe how
she could
be so happy knowing that
he would never ever talk to him
again.

“I don’t care. I would be famous now. Are you jealous of me Martha?”

She gawk
ed at me for a moment and then snorted off.

Another girl once kept on telling me how amazing James was on bed. It isn’t true that I never fantasized about James, who would I be kidding
,
but sleeping with him in reality was never going to happen. I never appreciated guys who used
women to satisfy their hunger. I
craved for
love and would sleep only with the one who would
love me and be loyal to me. I was never
ashamed
of
my sexuality and never minded being a virgin as I knew it would be worth a wait.

The dark had set in and there was nothing but darkness in and out. James had
been surprisingly silent today as h
e never let the chance of hitting on a girl go waste. He hadn’t said anything for hours together.

“Why are you so mum, James?” I don’t know why I started that conversation but this one conversation changed my life.

“What should I talk about?”

“Anything.
Well if you have anything to talk other than women,” I said looking him in the eye.

“You think I am a player
, Martha
?”
James turned to me and gave a grave look.

“Of course not!
What made you think like that?”

“Well, sleeping
with
most of the hotties in the school makes you one,” I said.

“You know
what,
I never invite them to have sex with me. They beg me for that and I can’t see women sad.”

“So mister saint can’t refuse sex,” I mocked at him.

“
S
eriously Martha don’t take me wrong but I am waiting for a special girl who is made for me and me alone.” He looked into my eyes. I watched him, his clean shaven face,
and his
beautiful eyes kissing mine
gently.

“Well, you are funny. If you are waiting for that one woman then why do you sleep with so many other women,” I said.

“How
else
will I know if she’s the one?” He had a point there.

“I never knew you were this interesting James,” I smiled at him and our eyes met again.

There was silence again. I didn’t know what more to say. I had actually started liking James but it could be just infatuation too.

“I respect women. I actually have stopped sleeping around with random chicks,” James spoke.

“Really, good for you.
I like guys who respect women.”

“It’s just a hollow feeling that I’m left with. I need love.” It was as if he was flirting with me. I had to be careful; men could do anything to trick a girl into sex.

“Great.” I looked away waiting for him to brag more about his feelings but that just didn’t happen. He kept quiet after that. An hour went by and we reached a fork.

“Should we take the left one or the right one?” James took out his map and spread it across the steering wheel.

“I think
its
right
,
James.” I wasn’t sure but had a feeling that we had to go right.

“No James. We’ll go right. I am sure
it’s
right.” I was damn sure James wanted to get on the wrong track and have sex with me
in isolation
.

“Ok. If you are so sure, let us go right.” James started the engine.

We drove through darkness only able to see next 20 feet ahead of us. James drove slow as the path seemed untrodden and rough. We drove for next half-hour and came to a dead end. There was a huge rock in front.

James gave me a disgusted look. “You are such a stupid girl. You said you knew the road.”

I kept mum and stared at the big damn rock in front of us.
I am totally screwed
.

“I am so sick of you. What have you been trying to prove tonight, Martha?” James was furious.

“I am sorry let’s go back.” It was really embarrassing now.

“NO we can’t
,
we don’t have enough gas. We have to wait till morning.”

“Shut up Martha. Stop talking like a nut. Do you think I will rape you?” he looked at me shocked.

“Yes. I am sure you are planning to have sex with me.”

“You are sick. You need to see a doctor, girl.” He opened the door and walked away from the car into the woods. I didn’t try to stop him but just sat there lost in thoughts. I was being protective right? No, I was being sick and too hysteric. I was mad to talk to James like that. I had to apologize to him and got out of the car. I walked into the woods. The darkness had hid everything in its blanket and I heard faint noise of a waterfall. I walked in the direction
of the sound
and with each step the sound grew louder.
I headed blindly until I reached a small waterfall. I
t
was an amazing waterfall with big rocks scattered around. There was a silhouette of a man on a rock nearby and I was sure it was James. I called out to him but my voice got lost in the noise of the waterfall. I approached the rock and looked up at James who was sitting there with his head
resting
on his knees.

“Do you mind
I
f
I
come up there?” I called out again.

James lifted his head and looked at me.

I fell silent. I called out again. “I’m sorry James. Pull me up.”

James rose and pulled me up. I sat beside him and closed my eyes letting the cold dew drops settle on my eyes. It was bliss.

“Forgive me James I really freaked out tonight. I am really sorry about everything. I’m usually not like this at all.”

James studied me and then touched my face. A wave of electric current passed through my body.

“I like you Martha. It’s just I can’t say it.” I was stunned. Our eyes were stuck on each other and there was a moment of silence.

“Where were you all these days, James? I had been waiting for you sweetie.” My eyes watered.

James came close to me and placed his lips on mine. I froze not knowing what to do.
Our lips locked and we kissed slowly and passionately.
My eyes were closed. My mind was blank and my body was getting warm. I was getting wet all over inside and outside. James then withdrew and looked into my eyes. He smiled and touched my cheeks. I let him touch me. I wanted him to. I had been a fool to have been
moving away from him when I knew deep within that I loved James.

He kissed on my collar bone and licked it. It was ecstatic. I moaned softly, “Oh, James!”

He started kissing all over my neck and his hand held my hip
and rubbed
it. I was ignited; the flame inside was melting me. The love juices started to make me wet. The cold water droplets settled on my face as I moaned softly to James’s kisses.
I ran my fingers through James’s hair and pulled them softly. He placed his hands on my bosoms and pressed them.
I shivered at that passionate touch
and
hugged him tightly. He took off his shirt and I kissed him on the chest. I licked the shaven chest and nibbled
his
nipples.
I kissed him on his neck and rolled my tongue in his ear. He enjoyed it and ran his hand rubbing my back outlining my bra over my top.

“Aah!” I moaned and withdrew myself to remove my top. James cupped his hands on my boobs and gently kissed. God, it felt so good. I was such an idiot to have waited so long to
gain
such an amazing experience. I pressed myself against him as he kissed my hard nipples. He squeezed my blossoms hard and I moaned passionately. “Baby, you are so good,” I kissed him. We did an awesome French-
kiss and we sucked each other’s tongue. I enjoyed every bit of this wet encounter and the body heat made me forget about the cold surrounding. He made me lie on my back, hell, the rock was
cold as ice and I shivered. He then lied on me and rubbed his groin area around my wet grass. I unbelted him and ran
my fingers around the hill
shape
d rise i
n his jeans.
He kissed my tits again and licked every bit of them. He loved my boobs. He nibbled and played with my nipples.