The Hardest (Working) Man in Showbiz 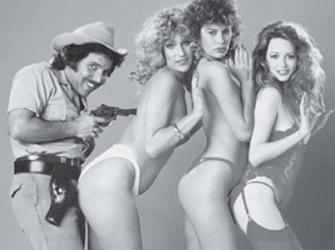 The Hardest (Working) Man in Showbiz

To my role models:
daddy Arnold, mommy Sylvia, and cousin Eliott Weiss, whose service and sacrifice during World War II helped make this world a safer place, and allowed me the freedom to choose this career. In addition, I’d like to give a special thanks to Arnold and Sylvia for raising three children who never touched drugs, never smoked a cigarette, barely drink, and have each been through a six-year college master’s degree program. Nice work.

The fox knows many things, but the hedgehog knows one big thing.

1. Portrait of a Hedgehog as a Young Man

3. Lions and Tigresses and Bears, Oh My!

6. Swinging in the Rain

9. How to Talk Dirty and Make People Laugh

Appendix B: King of DVDs 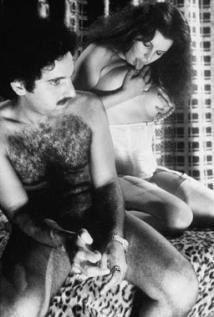 It isn’t even noon
and I’ve already had sex with fourteen women.

To be fair, it wasn’t entirely my doing. A company called Zane Entertainment hired me to star in a new porno flick called
Put It in Reverse, Part 3
. It’s a little different than most gang-bang films. Rather than a bunch of guys doing one girl—the typical formula—they pick one lucky stud (in this case, me) to bone over a dozen lovely ladies. I’m not so jaded that I don’t feel incredibly fortunate. How often does a guy get to be the center of attention, the “meat” in an all-girl sex sandwich? But it’s not nearly as much fun as it sounds.

I can tell from the concerned look on his face that something’s wrong. He knows that I’m a dependable performer and that I’ve never failed him yet. But with everything that can go wrong with a gang bang, today’s shoot is making him nervous.

I’m sitting by myself in the corner of the room, naked save for a small towel and covered in a syrupy layer of my own sweat. The crew is loading the camera with a new roll of film, so it seemed like a perfect opportunity to sneak away to recover. I’ve been having sex for well over three hours straight, and it’s beginning to take a toll. I’m drinking bottles of water like my life depends on it, and given how dehydrated I am, it just might.

“Are you sure you don’t want some Viagra?” Chuck asks me.

“What? Of course not. Does it
look
like I need it?”

“No, no, you’re doing great out there,” he says. “I was just wondering if maybe you needed a little pick-me-up.”

“I told you, I’m fine. And even if I wasn’t, I sure as hell wouldn’t take any goddamn Viagra.”

“Okay, okay, calm down. I just wanted to make sure. We have a case in the back if you change your mind.”

“If I see so much as one blue pill, I’m going to flush it down the toilet. I’m serious, Chuck.”

He starts to back away. Chuck knows he touched a nerve. “You’re a pro, Ronnie,” he says, flashing me a toothy smile. “Sorry I doubted you.”

The girls are lounging in the living room, enjoying their brief break from a hard morning’s work. They’re like a cross section of every man’s fantasy: there are blondes and brunettes, blacks and whites, big titties and tiny titties. What more could you ask for? Am I a lucky bastard or what? I can’t believe that I get to have sex with women half my age.

Funny thing is, it’s impossible to say how much longer any of them will be around. Very few performers stay in the business for longer than a few years. They come in, make a few hundred films, and then disappear. You almost don’t want to remember their names, because they might be gone before you get a chance to work with them again. It’s not like it was back in the 1970s, when I was getting my start in adult films. Back then, it
meant
something to be a porn star. Everybody knew your name, and you felt like you were part of an extended family.

A radical, on-the-edge, sexually liberated, hippie-dippie family, that is.