The Hunt: A Custodes Noctis Book 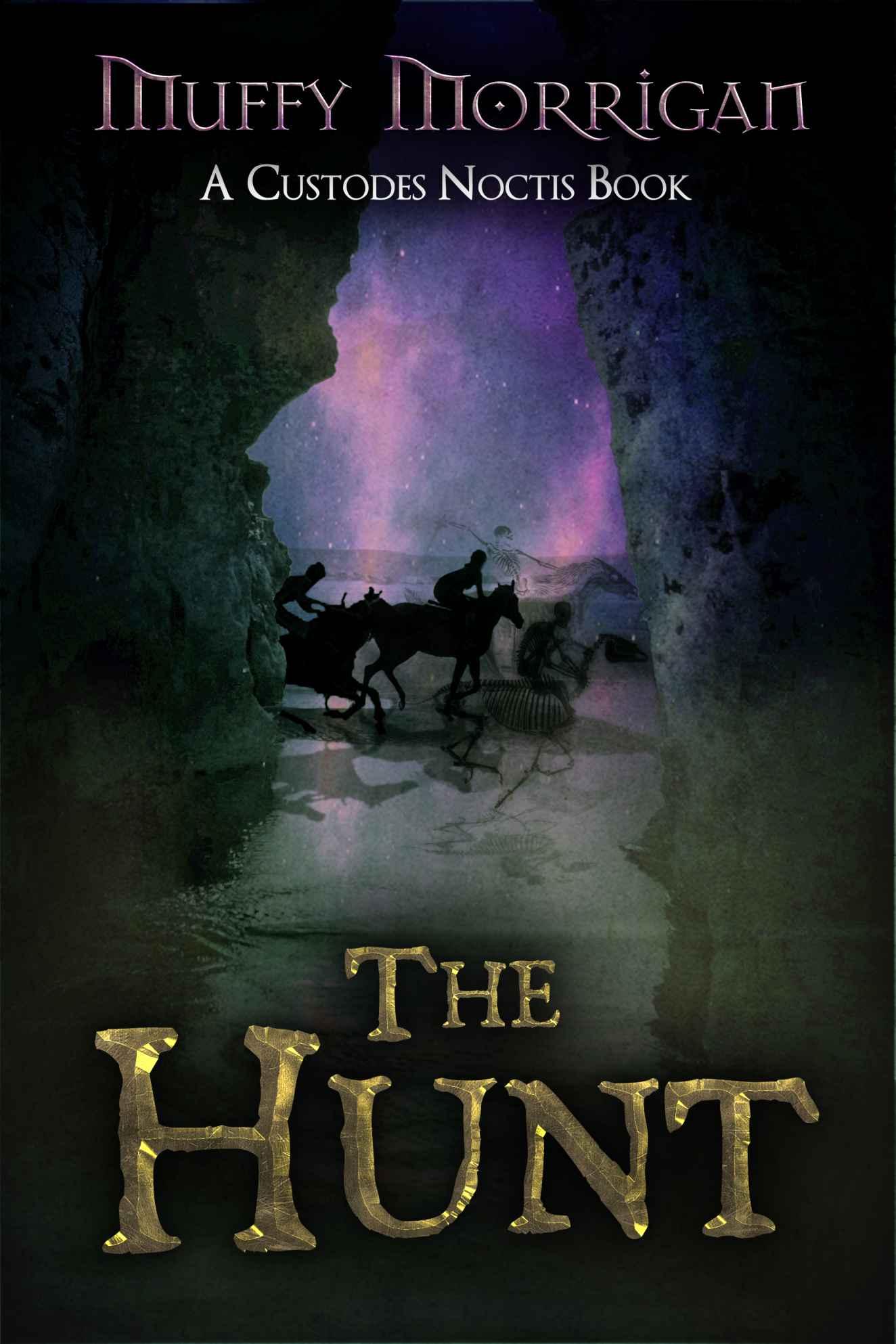 Chapter One
Galen
It was night, there was a moon hanging over the fields, in the distance was the sound of horses, a hunt on the gallop, hounds baying as they raced ahead of the hunters. Something dark filled the night, obscuring the soft light of the stars, touching the earth with the taint of evil. The call rang out, the hunters turned and pursued the dark thing through the dry grass. It stopped, reaching out, knocking one man from his mount.
“No!” Galen Emrys bolted upright, his heart pounding. He lay back against his pillows, trying to get his breathing under control, his hands were shaking as the terror from the dream slowly dissipated. The nightmare was starting again, he’d hoped after what had happened the year before it would end, but they hadn’t. With a sigh, he sat up and swung his legs off the bed, scrubbing his hands over his face before pushing himself up and heading into the main room of the apartment.
“Good morning,” his brother, Rob, said from the kitchen.
“Morning, Brat, how long have you been up?” In the months since Rob had found him, Galen had noticed his younger brother rarely slept through the night. He’d be busy when Galen turned in, then up long before Galen was awake.
“Since about four, I think,” Rob said with a shrug running a hand through his dark brown hair. “How’d you sleep?” Slate-blue eyes met Galen’s dark green ones as his brother held out a cup of coffee.
“Thanks. I slept okay.”
“Yeah, right.” Rob looked at him with his eyebrows lifted.
“You know that’s a pain in the ass, right?” Galen grumbled. “I’m taking a shower.” He walked across the living room, aware of his brother’s eyes on his back. The psychic bond they shared as
Custodes Noctis
was inconvenient at times. The fact that Rob could sense at least the edge of his nightmares made lying to him a little complicated. Galen sighed and put his cup on the sink before turning on the shower.
He stepped into the hot spray of water and let the warmth ease the ache in the scar tissue on his chest. The wounds the Old One had given him were long-healed, but the scar tissue was there, reminding him of that encounter. Cold, damp mornings made it hurt more than usual and sometimes he felt far older than his twenty-nine years. He rolled his neck, loosening the muscles, then glanced in the shaving mirror. He tugged at a strand of his medium brown hair. It was starting to get long, at least it wasn’t as curly as his brother’s mop.

There were dark circles under his eyes, the nightmare was beginning to snatch more and more sleep from him. Once he woke from it, he couldn’t get back to sleep—he’d never been able to, and the fact that

the dream was back haunting him was worrying. He knew he’d have to talk to Rob about it sooner or later, but knowing his brother’s tendency to growl, he was trying to avoid the conversation for awhile.
Galen smiled to himself, having his brother there after the years Rob believed Galen was dead was both good and bad. The fact they could finally share their place as
Custodes Noctis,
Keepers of the Night, was more than good. In the ten years Galen had been “dead” his place, and the broken bond with his brother, had ached like an open wound. The block he’d maintained to let his brother believe he was gone had been broken the year before when Rob performed a ritual to summon him back from the dead. Of course, Galen wasn’t actually dead, so the spell had functioned to break the block, making him visible to Rob again.
Of course, with the good came the bad—or at least the annoying. The bond they shared as Keepers included a psychic link that alerted the other to strong emotions, pain, injury or danger. He and Rob had shared a close bond when they were young, and since they performed the Ritual of Swords, the rite that made them full-fledged
Custodes Noctis,
the bond had grown even stronger. Galen could sometimes catch a stray thought from his brother and they could communicate silently if needed. He wondered, for the thousandth time, if his father and uncle had shared a similar bond, or if he and Rob were closer because of who they were.
It still stunned him, the “who they were.” Like all Keepers he’d learned the Sagas. One of the most important had included the prophecy of the Legacy. Discovering he was one of the Keepers of the Legacy, of the horror that had stalked his family and the world for millenia, had been almost too much, the knowledge he and his brother were the fulfillment of that prophecy…was… Galen shook his head. Honestly, he still didn’t believe it, despite what he’d seen last year—and in the months since, even with his brother’s calm assurances. Even though Rob was five years younger,

Heartsville 02 - Unscripted (Nico Jaye) by Heartsville
Shadow Woman: A Novel by Howard, Linda
Kodiak Sky (Red Cell Trilogy Book 3) by Stephen W. Frey
Believe in Me (Jett #1) by Amy Sparling
L. Neil Smith - North American Confederacy 02 by Nagasaki Vector
Though None Go with Me by Jerry B. Jenkins
A Commonwealth of Thieves by Thomas Keneally
Bunnicula: A Rabbit-Tale of Mystery by James Howe, Deborah Howe
The Wisdom of the Radish by Lynda Browning
Double Dare by Hinze, Vicki
Our partner