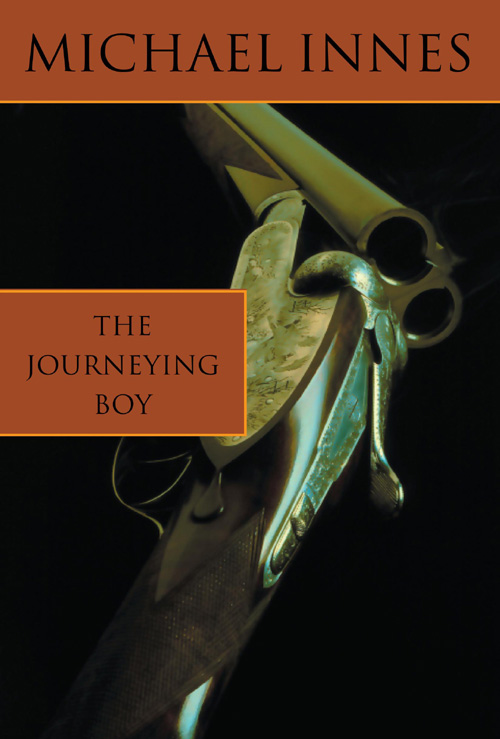 On the morning of Monday, the 4th of August 1947, Mr Richard Thewless walked in pleasant sunshine through the West End of London. His object was commonplace enough, being simply that of obtaining temporary employment as a private tutor. Nevertheless, he had the sense of an occasion, and of an interest much transcending that which commonly accompanied his finding a new pupil. For
this
pupil – if indeed he landed the job – was somebody. Or rather – since small boys are necessarily nobodies – he was the son of one very decidedly somebody. Sir Bernard Paxton’s reputation was world-wide. He was beyond question the greatest of living physicists.

From his proposed connexion with this eminent person, Mr Thewless already extracted considerable satisfaction – to the point, indeed, of being quite unwontedly disposed to a somewhat premature counting of his chickens. It was, to begin with, with the learned and professional classes that, in general, he got on best. He liked people substantially of his own sort, and often continued to like them when they turned out not very readily able to meet his bills. Impecunious barristers, bankrupt country gentlemen, or harassed provincial professors with sons who must either win an Eton scholarship or be swept into the hideous maw of national education: these were persons whom Mr Thewless took pleasure in succouring. True, it was his duty sometimes to represent to them that Magdalen or Christ Church, King’s or Trinity – those farther goals – might be as readily attained through new and virtually costless establishments as through others still addressing themselves to the world of Alfred the Great or William of Wykeham or the Prince Consort. Nevertheless, Mr Thewless profoundly sympathized with the conservative disposition evinced by this category of his employers. For by instinct he was, as he sometimes told himself, a sober and self-respecting snob, just as by vocation he was a hanger-on of people themselves now no more than desperately hanging-on. And precisely here lay the particular attraction of Sir Bernard Paxton. Already – Mr Thewless reluctantly admitted it – the lower stratum of the intellectual class was being proletarianized, and there was always a limit to what the most conscientious tutor could achieve in households in which there appeared unnaturally and perpetually to preponderate distracting vistas of unwashed dishes and unsegregated babies. In that particular world nowadays only the high-ups had their heads substantially above the soapsuds. Yet here, surely, Sir Bernard Paxton must belong… Mr Thewless, hoping that his services might be retained by this eminent scientist, looked forward to a congenial environment still materially cushioned by a substantial prosperity.

But Mr Thewless was a man of measure. Mounting as he presently did the broad flight of steps to Sir Bernard’s front door, and responding with practised certainty to sundry preliminary indications of what lay within, he was visited by sharp misgiving. Often enough before he had been in this sort of house, but never with satisfaction for very long. Positive opulence was something which he found uncomfortably to jar with the spirit of the time; the poet whose social occasions obliged him to spend a day at Timon’s villa was not rendered more uneasy by its splendours than was Mr Thewless by anything resembling their latter-day counterpart. And why – the question suggested itself even as he raised his hand to the door-bell – yes, why in the world should a really great man take the trouble to surround himself with so emphatic a material magnificence?

A large element of taking trouble there must certainly be. Not even wealth (and what he was confronted with, he saw, was inherited wealth rather than the mere fruits of a substantial earned income) – not even wealth made this sort of thing trouble-free nowadays. Anxiety about where the housemaids were to come from and how the place was to be heated must, under present conditions, tiresomely creep out of housekeeper’s room and butler’s pantry and assault the owner. Nor – Mr Thewless understood – was there a Lady Paxton. Sir Bernard was a widower, so that female vanity could not be responsible for the maintaining of these splendours. Doubtless there were noblemen and others in high place for whom the utility of such a way of life still outweighed its inconvenience; people, Mr Thewless vaguely thought, who give political parties. But for a man whose labours were on that frontier where the higher physics passes into the inapprehensible it was distinctly odd.

And Mr Thewless shook his head. Whereupon Sir Bernard’s butler, taking this as indicating a disinclination on the part of the visitor to remove his overcoat, made a noise at once respectful and peremptory. Mr Thewless took off the overcoat. He handed the man his hat, and suffered the discomfiture of seeing an expert scrutiny passed upon the unimpressive label inside the crown. He had already relinquished his umbrella, which happened to be a good one; he had the impression that he was suspected of having purloined it during some momentary failure of surveillance in just such another resplendent place as this.

Then he was ushered into a library, where he waited for some time.

This interval, had he known it, was heavy with destiny. But Mr Thewless was aware of no more than a growing sense of oppression which he put down partly to the sultry quality of this London morning and partly to the sombre richness of the apartment. The furniture was ancient, carven, and massive, upholstered in dark velvets upon which glinted dull silver studs. Horripilant velvet, thought Mr Thewless – and being unable without discomfort even to think of sitting down he discreetly prowled about. It must all be Spanish, he decided, even to the heavy presses sheltering the books. And, of course, both pictures in the room were Spanish; indeed they were almost certainly the original work of Velazquez. Mr Thewless was somewhat humiliated to find that his first impulse before these masterpieces was in the direction of financial calculation. Persons who moved more familiarly among private collections of Old Masters were presumably superior to this vulgarity. Conscientiously then Mr Thewless elevated his mind to aesthetic contemplation. The first painting represented a peculiarly repulsive court dwarf; the second was of a radiant little prince, dark-haired and dark-eyed, who clasped a formidable musket in his right hand and glanced slantwise out from a scene of improbable carnage among wolves and boars. It was a vision of the felicity of childhood, and the whole room – it suddenly occurred to Mr Thewless – was contrived to contrast with it and set it off. And this made Mr Thewless uneasy. His uneasiness in turn made him feel bourgeois and provincial. And by this his uneasiness was increased yet further.

Caught in this unfortunate circle, Mr Thewless found himself distrusting everything around him. He distrusted an eminent physicist who lived like a grandee; he even distrusted his butler. But this was absurd. Why should he nurse dark suspicions of a man simply because he had been impertinently curious about a visitor’s hatter? Mr Thewless realized what was happening. He was simply more and more distrusting
himself
– and of the burden of this abasement he was endeavouring to lighten his ego by projecting the occasions of his distrust upon the world around him.