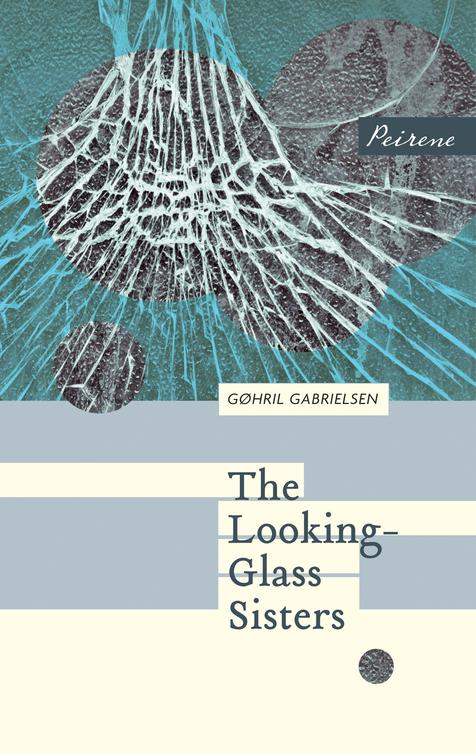 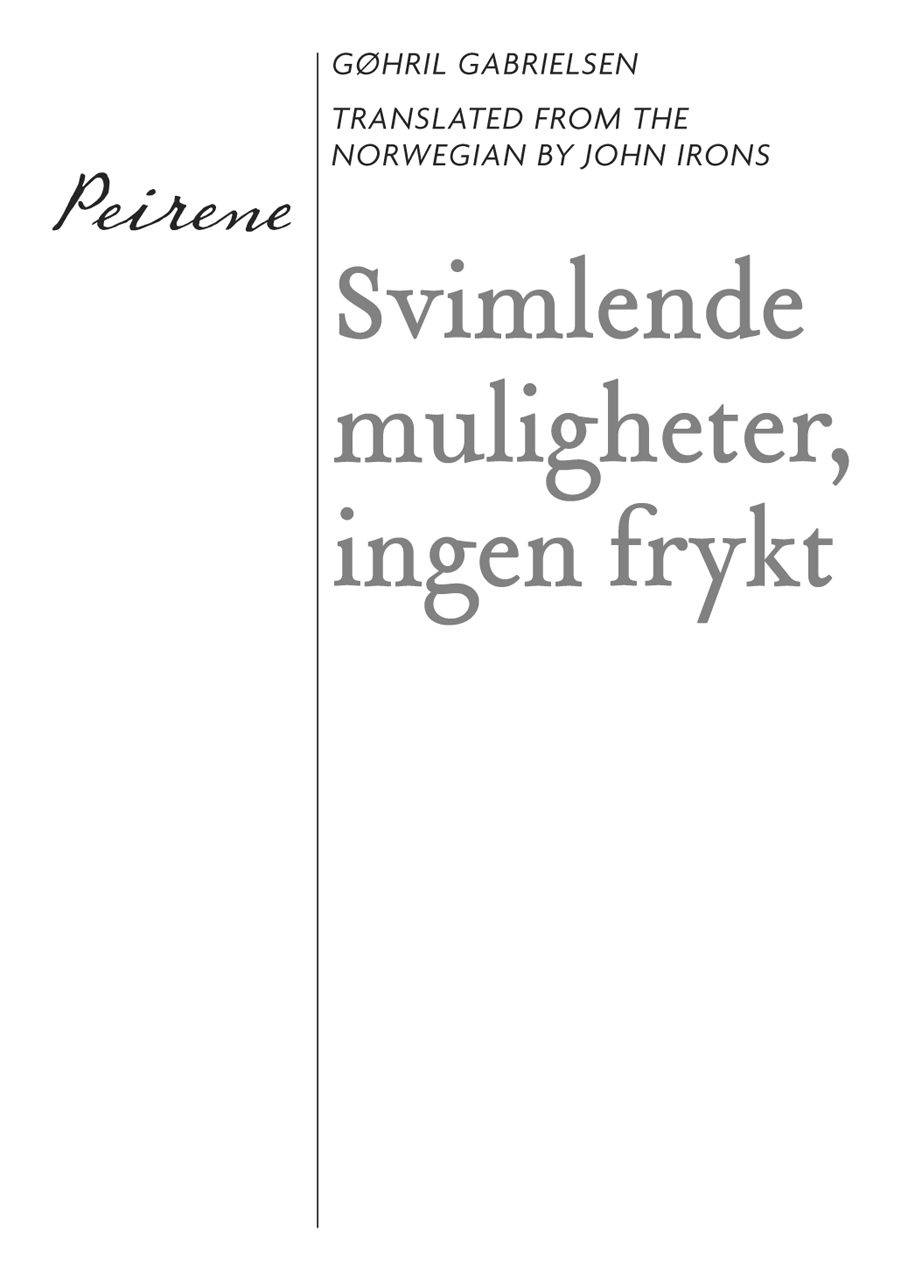 This is a tragedy about a woman who yearns for love but ends up in a painfully destructive conflict with her sister. It is also a story about loneliness – both geographical and psychological. Facing the prospect of a life without love, we fall back into isolating delusions at exactly the moment when we need to connect. 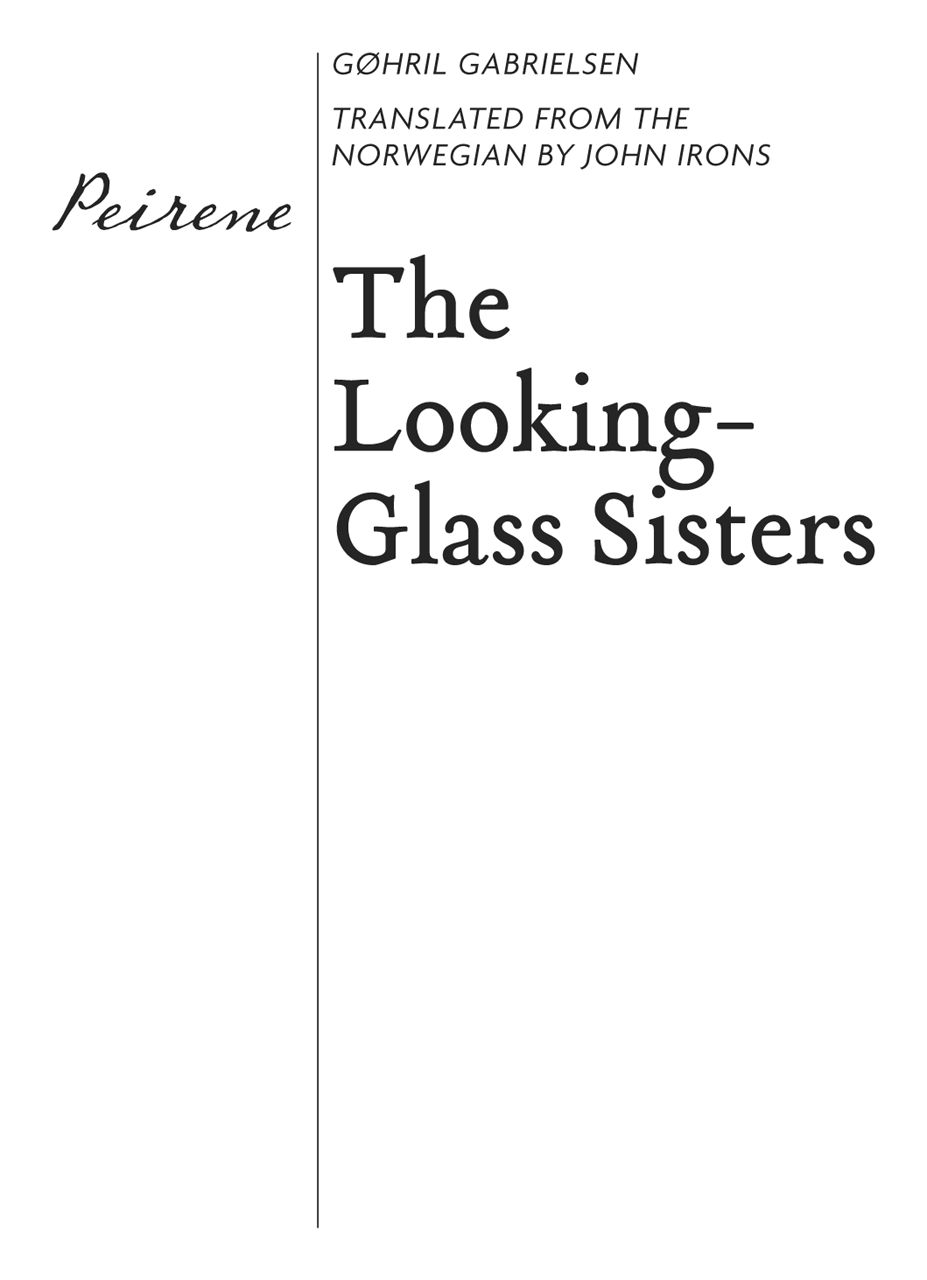 My sister and her husband are outside, digging a deep hole next to the dwarf birch by my attic window. As they work their way down among the scrawny roots, the spade hits the earth rhythmically. They’ve been at it for more than an hour now. I lie motionless in my bed, listening to the sounds creeping up the thin walls of the house and into my room via the vent above the chest of drawers: the dull spade-cuts, the clanking of stone against steel, spade-cut by spade-cut down into the dry soil.

What are they looking for during this day that never becomes night? What’s their business down in the depths, beneath several layers of earth? They talk quietly, don’t exchange that many words. I sense a relaxed friendliness between them. Now and then they stop and fall silent. Do they sense me? The fact that I’m awake? But they only swap the spade in order to share the work equally.

As usual, they agree about everything, my sister, Ragna, and Johan.

For a while they must have gone. But then they come back, groaning and with shuffling steps. They’re dragging
something – the sounds betray them. It must be heavy, what they’re carrying. I can see them in my mind’s eye: Ragna’s knitted brow, the dogged expression on her broad face, the thin arms that hold on to the load with a determined grasp. And her husband, striving to find a grip to cope with the weight. I picture him: his stomach’s in the way, bloated, as it always is. He has to move with his back bent and with small, quick steps to keep up with her – always keeping up with her.

The load is heaved into the hole. Earth is thrown over it.

Deep down there, in the black hole in the ground, lumps of stone and sand and earth land on something soft. I can say this for sure from the short, dull thumps. I can feel them right next to my ear as I lie here, thump after thump, until the sounds grow fainter and close around me.

I am tired, on the point of falling asleep. Far away, I hear the earth being tidied, then covered, probably with peat and heather. Soon I am dozing dreamlessly, just as hidden as the thing down there in the dark earth.

Imagine an attic. Not just any attic, but one in a remote spot in a northern, godforsaken part of the world.

Here too lots of things lie packed away: all the rubbish you don’t need, all the memories of a past crammed into boxes and suitcases, invisible to the outside world under a thin layer of forgetfulness and dust.

You go up there only reluctantly, and preferably not alone – it’s got something to do with the creaking of the
staircase so narrow and steep that you have to climb up on hands and knees. It’s not easy to make it to the room at the top. And it’s even more difficult to come down.

As soon as you can straighten up under the rafters, you are enclosed in dry air, but in something else as well. You wonder if it may be the darkness, the particles of dust in the strip of light from the staircase. But when you stand there perfectly calm, you know it’s the stillness, the silence from the things that cannot talk, the past that lies gagged in the unceasing rush of life from the floor below and from nature just outside.

At the end of the attic there’s a door. A faint light comes from the keyhole. You advance cautiously along the widely spaced floorboards that are so dry the splinters would bore into your toes if you were barefoot.

You place your ear to the door. After a moment, you sense some sound of life, not breathing and movement, but a vibration of existence, an unrest that only life can produce. You bend down, press an eye to the keyhole. It is dark. You shift position a little, move your weight on to the other leg, then bore right through with your gaze. Deep inside, among dancing white spots, you can make out the contours of a body resting on a bed. And this body, this only just perceptible unrest – it is me.

And you ask yourself, as I have done so often of late: what am I doing in this room? What’s stopping me from being downstairs with Ragna and Johan? Am I being held prisoner? Am I seriously ill? Or is the being in the attic a creation of your own imagination, a frozen glimpse of
the dread that chases up your spine, the fear of what you might see?

Most recently, I’ve had the dispiriting idea that I’m actually lying in an attic inside myself, that I am merely an old, dusty thought about living, a hidden soul that has never been allowed to go downstairs to mix and have fun with people indoors and out.

I don’t know how long she has left me here alone. The days slide into each other, but it may well be that several have already passed, perhaps even as much as a week. How am I to know, lying here without a clock, beneath a window that lets in light from a sky that burns both day and night?

I’m dependent on her help and goodwill: she brings me my food and makes sure I put on clean clothes, takes me to the toilet and washes my body every second or third day. But she ignores my cries, does not come, punishes me severely. And repeatedly.

I have had nothing to eat or drink since I’ve been up here, and I’ve lain exhausted in bed practically the whole time. Thirst, lack of food – it’s possible I can’t think as clearly as before, but during the spells when I’m awake I do try to understand what has actually happened.

I’m afraid that I’ve become resigned that my will has been crushed and that from now on I will deny my own wishes and needs. That from now on she can decide the rhythm of when I am to eat, be awake, empty my bladder and bowels, when I am to talk, what I can say – and
perhaps even what I can think. And that is what disturbs me most – exhaustion can change my thoughts, I already feel the beginnings of resignation – that from now on, without anger and resistance, I will follow her every whim and desire.

This incarceration, I view it as a blow to the very core of our relationship as sisters, an even deeper gash in the hatred. Everything that in some way has bound us together will soon be completely ripped apart.

Where we live is far from other people. Hardly anyone ever passed by – only the odd hare, a fox, a reindeer – until Johan moved into an old house about two or three minutes away. Some miles further west there’s a small trading post where my sister and Johan do their weekly shopping. In the summer they go by motorbike, in the winter by snow scooter.

Naturally, I don’t have much to do with anyone. Since I fell ill as a child, I’ve hardly been anywhere, and because I haven’t got better, it’s out of the question for me to tag along with Ragna and Johan, either to the village or to visit people. That doesn’t upset me. If some poor person arrives by accident, I keep quiet in the background.

From the window of this room, which is remarkably like my room on the floor below, I can see an endless expanse of heather. I’ve read that it stretches right to the far side of the globe, twisting and turning through dense pine forests and round thousands of Finnish lakes before once more
spreading out endlessly across the freezing-cold Russian tundra.

Even if my legs were all right, they wouldn’t help me much if I wanted to see the world. To the west and north of this barren land lies the Arctic Ocean and to the east an endless expanse of emptiness. The road south to the big towns is long and tiring.

At first, after having been forced to move, I was agitated and full of rage. I got up from my bed to do my exercises several times a day.

I’m partially paralysed from somewhere in the middle of my back downwards. But I have no trouble getting up, as the top half of my body is strong. I turn it out towards the room, guide my legs over the edge of the bed and down on to the floor one by one, noisily, if I want her to hear me. Then I grasp the handles of my crutches and heave myself into an upright position, relying on my arms to support my withered legs. I move forward by throwing my body from side to side, working myself along the floor in the direction I want to go.

To begin with I thought my stay up here would be short. Once Ragna had become calm again she would bring me downstairs, and after making her point by not speaking to me and ignoring me for several days, everything would be as it was before: some daily confrontations, rounds of arguing and shouting at each other, the occasional fit of rage. For I want nothing more than to return to my old
room and my daily rhythm, to diverting my thoughts with my dear books, to the serenity of the body when it wakes up at night or in the morning in the same old bed, with the toilet in the corridor just outside.

But I have to realize that we’ve come to a watershed in our relationship as sisters. After our last agonizing quarrel, it looks as if she’s forgotten me. I’ve been stowed away like an object among all the other objects up here – discarded and outside time.

I sleep without dreaming, and when I’m awake I flow between different states like a quiet river. In this condition, the sounds from below are the only things I really listen to and take into consideration. But for a long time everything has been surprisingly peaceful and quiet, especially after the digging outside, and that must already be many days ago now.

How can she leave me lying here like this, and why this palpable stillness, this whispering and tiptoeing from room to room, when normally they make a racket as they talk to each other? If they think I no longer notice them, they’re both wrong. For I can hear quiet, quivering conversations, chores being performed. I can pick up the sound of them squirming under the duvet and the laughter rolling back and forth between them.

The tiny details, the signs of what was brewing, her final rejection and my banishment: my mirror image that is not fixed in her shiny pupils, I who am reflected back, do not exist in the darkness in there. I must have seen it coming.