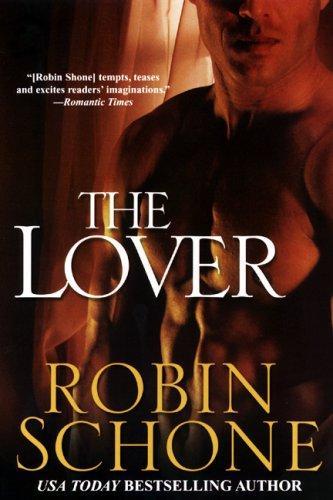 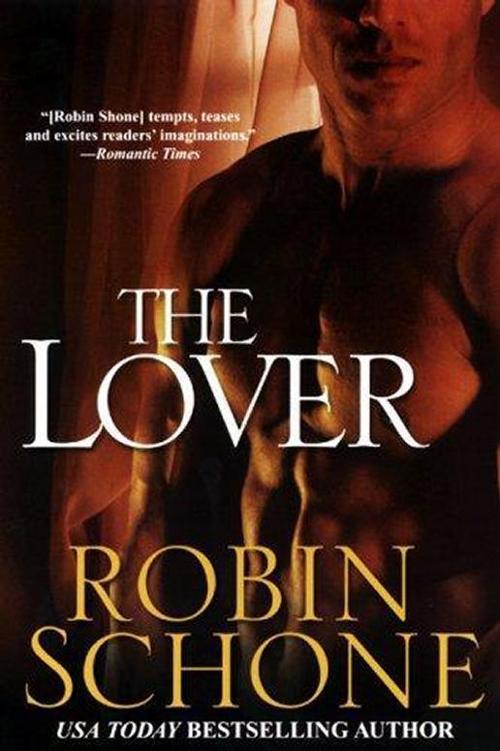 Michael did not know which of the two had brought him back to London.

He sat and waited for both.

Voices rose and fell around him. The tips of burning cigars shone red like the eyes of hungry rats. Candle flames flickered, crystal glinted, jewels sparkled.

There was no question of what had brought them to the exclusive tavern. In the House of Gabriel drinks were charged by the dram and rooms were rented for sex.

A feminine titter drifted out of a dark, velvet-draped corner.

Michael was acutely aware of what the men whispered over surrounding candlelit tables as they waited either to gain release or to recover from it. Of what the whores laughed at, sipping vintage champagne.

Michael of the Angels.

A man whom women once paid to pleasure them, he was now a man who must pay women to give him pleasure.

"
Mon frère
." Gabriel appeared without warning at his right shoulder. He did not touch Michael—he had not touched anyone in a long time. "She is here."

His violet eyes clashed with silver ones.

Gabriel did not flinch at the sight of Michael's face. Any more than Michael flinched at Gabriel's blond, ethereal beauty.

My two angels
, the madame of the
tnaison de rendezvous
had claimed twenty-seven years ago when she saved them from starvation on the streets of Paris.
A dark one, for the women. A fair one, for the men
.

They had been thirteen-year-old runaway boys then. Now they were forty-year-old men.

And they still ran from the past.

"Is she alone?" Michael asked.

She did not deserve this, this woman who came to him seeking sexual satisfaction.

"It's not too late," Gabriel murmured. "I can send her away and she will come to no harm."

Five years ago Michael would have agreed.

Five years ago he had thought his secret safe.

They were both trapped: the woman by her need for pleasure and he by his need for vengeance.

He knew the effect of that smile, of the crinkling of dark skin that repelled rather than attracted.

It was a smile devoid of humor.

"You are precipitate,
mon vieux
. After one look at my face she may decide that she is being shortchanged."

"She does not come here blind." Whiplash sharpness edged Gabriel's voice. "Her solicitor would have told her what to expect."

How could anyone prepare a woman for what he now was?

How could any woman want him,
knowing
what he was?

"Is that why you did not cringe, Gabriel?" Acid threaded Michael's response. "Because you knew what to expect?"

"Let it be." Light and darkness danced across Gabriel's flawless features. It was impossible to read his expression. "Together we will find another way."

But there was no other way. Any more than there had been twenty-seven years earlier.

Michael dispassionately considered the consequences of his plan. And he knew that nothing would halt the outcome of this rendezvous.

One woman's life in the name of revenge.

It had already killed six. What was one more?

A stillness settled over Gabriel. "Are you so desperate for a woman, Michael?"

Michael bit back a snarl of pain.

Yes, he was desperate for a woman.

The madame of the
maison de rendezvous
had given him the gift of redemption. He had learned to bury the horror of his childhood in the scent and the taste of a woman. Through their pleasure he had found, if not peace, solace.

Now whores cringed at his touch.

He could no longer endure the life he had been forced to live these past five years, trapped in a body which kept him from the one act that made his existence bearable.

He would rather die—and take with him the man who was responsible for it all: the life that had made him a stud to be sold to any woman who could afford his price, and the night that had taken it away.

Their time had come.

Now it was Michael's.

Gabriel silently melted into the shadows that he presently lived in. Minutes later, he reappeared in the arched doorway, blond hair shining like a silver halo. The woman at his side wore a gray velvet opera cloak, hood discreetly draped over her head.

It was elegant. Expensive. Designed to conceal rather than reveal.

Clearly it was not the cloak of a prostitute.

She hovered in the doorway, as if hesitant to enter this tavern where every desire could be fulfilled.

Nothing was forbidden in the House of Gabriel.

Rage flared up inside Michael, burning hotter and brighter than any flame.

Fire did not always kill. He would not make the same mistake.

Unbidden, his manhood hardened in preparation for the night to come.

He remembered how it used to be, lying with a woman who wanted him.

He imagined how it could be tonight, lying with this woman.

There was nothing he would not do to ensure her pleasure. No part of his body he would not use to bring her to orgasm.

His lips. His tongue. His teeth. His hands. His sex.

He would use all of them and give her more.

Kisses that burned. Licks that tormented. Nibbles that tried the boundaries of pleasure-pain. Caresses as soft as a sigh. Deep, compelling finger probes followed by the even deeper thrusts of his cock.

He wanted revenge, but God help him, he wanted a woman's passion more.

Michael did not flinch when the woman stopped at his table. Her features were a pale blur in the shadow of her hood, whereas his face was fully visible.

He could feel her stare, as he had felt every woman's stare for the last five years.

Michael did not doubt for one moment what she looked at.

Flame had licked his right cheek like the tongue of a lover.

He tensed, prepared for he knew not what, a gasp of horror, angry denial: This is not Michel des Anges.

This is not a man whom a woman pays to have sex with.

Fighting the compulsion to turn his head away from her perusal, he allowed her to see what she would get for ten thousand pounds, the amount of money her solicitor had offered him for one month of service.

A hum of energy swelled across the busy drone of feminine titters and masculine speculations. Bets were made, odds placed.

Michael's left temple pounded in time to the mesmerizing flicker of light and darkness. Images clicked through his mind like painted frames inside a magic lantern: a young girl, laughing; a middle-aged madame, gasping. Worms wriggling. Breasts jiggling.

Both beckoning. Both waiting.

The waiting was abruptly over.

As if unaware of the attention the trio was receiving—an obviously well-to-do female in the company of Gabriel, the untouchable angel, and Michael, the scarred one—the woman sat down on the chair that Gabriel held out for her, velvet rustling, wood squeaking.

"Monsieur des Anges," she repeated, voice low, cultured, surprisingly seductive. "How do you do."

The fluttering candlelight revealed a firm chin and rounded cheeks. Her nervousness, underneath her outward genteel repose, was palpable.

Forcefully Michael tamped down the intense sexuality that had made him a fortune in two countries.

Her solicitor had said the contract was not binding until he satisfactorily passed the test of this first meeting.

She might yet bolt. If she did, he would pursue her.

He did not want to take her by force.

He wanted her to want him.

He needed her to want him so badly that he shook with it.

"I am not married, monsieur, if that is your question."

He was fully aware of her marital status.

Her name was Anne Aimes. Her age was thirty-six.

She was a plain spinster with pale blue eyes and silver-kissed hair that was neither blond nor brown.

Nobody wanted her, save for himself.

"It would not matter if you were," he said truthfully.

"I think… yes. Thank you." Awareness shimmered in the air—a woman's realization of how soft her own femininity was in comparison to a man's hard masculinity. "I would like champagne, please."

Behind her, Gabriel raised his hand for a waiter before once again disappearing into the shadows of his life. Immediately a liveried man wearing a tailored black dress coat and a crimson waistcoat appeared. He held aloft a tray bearing two glasses and a bottle of champagne in a silver ice bucket.

"The service here is very good," she commented stiffly, politely.

Michael wondered if she realized that the waiter was available for sex as well as table service.

He wondered if she would be that stiff and polite between silk sheets.

He wondered how far she would continue this charade before revulsion sent her screaming into the night.

Brief, bitter amusement lit up his eyes. "The House of Gabriel is known for the service it provides."

Michael waved the waiter away when he would have poured the champagne. Grasping the slender neck of the bottle in his right hand, he cupped a crystal glass in his left, purposely holding both hands in full view, knowing what she would see: what he saw every day of his life.

If she could not bear the sight of his marked hands—of the puckered masses of red and white welts that ran from his fingertips to just above his wrists—she would not be able to accept their touch.

Her gaze followed his movements, flowing back and forth between his fingertips to the glimpse of white cuffs underneath the sleeves of his black dress coat.

Now
she would turn away, as every woman turned away—in pity. Disgust. Scorn.

His fingers tightened around the bottle, the glass, absorbing the cold, drawing upon the strength of sand that had been transformed by fire. The memories of his defeated cries of agony blended with those of the woman he had brought to ecstasy.

"I was burned," he agreed tonelessly. He was vaguely surprised at the steadiness of his hands as he poured the champagne.

Chest tight, he offered her the glass of bubbling wine, waiting, waiting…

For a miracle to obliterate the never-ending terror.

For this woman to take him, as he would take her, endlessly, tirelessly.

Sensation bolted down his spine. He almost dropped the glass at the silky contact of her gloved fingers.

It had been five years since a woman had touched his hand. Whores stuffed his manhood inside them rather than risk his scarred flesh touching theirs.

She seemed impervious to the phenomenon that had just occurred. Tilting her head, she sipped champagne—the golden liquid sparkled underneath the shadow of her hood—before firmly setting the glass down on the white silk tablecloth. "Why do you call yourself Michel… des Anges?"

The question momentarily caught him off guard.

It had been so long since he had been Michel.

Why didn't she repudiate him?

Thick black lashes shielded his eyes, a Michel trick, studied and perfected underneath the madam's tutelage. " '
Voir les Anges,' "
he murmured cryptically, wondering how far he dared go, how risque to be.

He did not understand this spinster woman.

She carefully translated his words, as if she had not spoken French outside of finishing school. " 'To see the angels.' "