The Man Who Ivented Florida 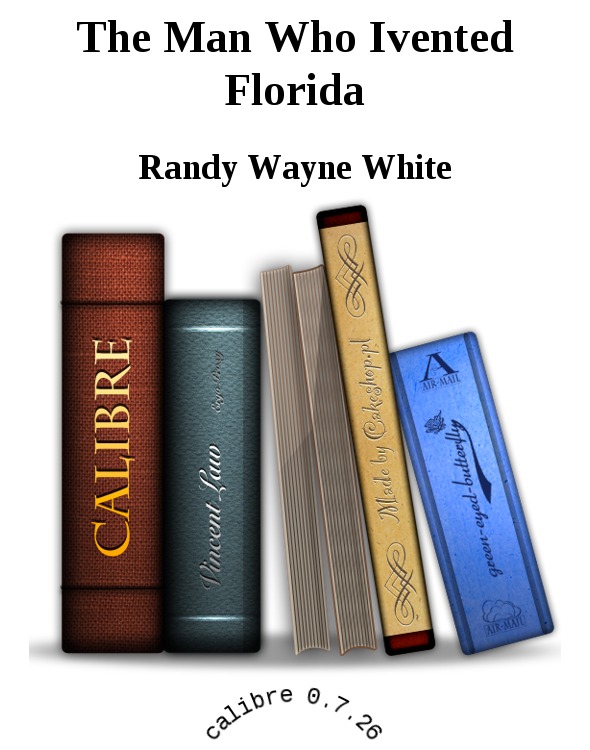 This was scanned by the scanner, proofed by the proofer and called (v1.0). My scans and/or proofs are done so I can read the books on my smart phone and or REB-1100 eBook reader. This electronic text is meant to be read by a reader...

THE
MAN
WHO
INVENTED
FLORIDA

Nonfiction
Batfishing in the Rain Forest 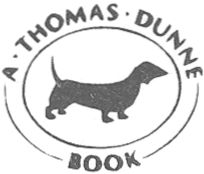 THE MAN WHO INVENTED FLORIDA. Copyright © 1993 by Randy Wayne White. All rights reserved. Printed in the United States of America. No part of this book may be used or reproduced in any manner whatsoever without written permission except in the case of brief quotations embodied in critical articles or reviews. For information, address St. Martin's Press, 175 Fifth Avenue, New York, N.Y. 10010.

This book is a work of fiction. Names, characters, places, and incidents are either the product of the author's imagination or have been used fictitiously. An example: the town of Mango on the outskirts of Tampa should not be confused with the Everglades fishing village of Mango found only in this book. Another example: the late Ervin T. Rouse did exist, and the genesis of the "Orange Blossom Special" is put down as he related it. However, he was the author's friend, not Tucker Gatrell's. Mr. Rouse, the author believes, would have embraced the exigencies of fiction as warmly as he once embraced his fiddle at the old Gator Hook Bar and Grill. Otherwise, in this novel, any resemblance to events, locales, or actual persons, living or dead, is entirely coincidental.

The author also wishes to thank those who patiently provided information on genetic testing and on the marine sciences. Particularly generous with their time were: Dr. William Hauswirth of the University of Florida; Dr. Noreen Tuross of the Smithsonian Institution's Conservation Analytical Laboratory; Dr. Roy Crab-tree and Dr. Paul Carlson, both with the Florida Marine Research Institute. For information on water turbidity and the procedures with biofouling sea mobiles, Marion Ford drew heavily from the work of Dr. Brian Lapointe. Michael D. Calinski of Marine Habitat Foundation, Inc., also provided an excellent demonstration on the filtering abilities of the units. It should be stressed that all errors, exaggerations, misunderstandings, and misstatements of fact are entirely the fault of the author.

Here is land, tranquil in its beauty, serving not as the source of water but as the last receiver of it.
—Harry S. Truman (Address at dedication of Everglades National Park)

Oh, goddamn it, we forgot the silent prayer!
—Dwight D. Eisenhower (at a cabinet meeting)

The
northern latitudinal line known as the 26th parallel bisects cities and countryside and rolling open ocean. It parallels the Tropic of Cancer in the Atlantic; it touches the Midway Islands of the Pacific. It joins unsuspecting villages such as the mangrove hamlet of Mango on Florida's west coast with uncaring cities such as the concrete tumult of Miami on Florida's east coast. The 26th parallel loops the earth, binding all sorts of things, linking the familiar with the exotic. As the earth spins, west to east, the line tracks the sun, creating a heat channel along the equator, so it is always hot and bright somewhere along its band.

The 26th parallel is no more important than any of the other latitudinal lines created by navigators, but it was of particular interest to meteorologists that autumn because of a strange thing that occurred in one of the parallel's regions, the Sahara Desert of North Africa. In September, a great wind began to blow over the desert. The wind was created by tropical air drawn to North Africa that sank, absorbed moisture, then shot skyward—a phenomena known as a Sahara High. A Sahara High is not unusual, but one that blows for more than a month is. The wind blew hot over Egypt, Libya, Algeria, and Morocco, gathering strength. It gusted, swirled, and grew into a withering gale that lifted sand—thousands of tons of sand—into the air. When the superheated wind, saturated with sand, collided with cooler air over the Canary Islands, there was a sustained explosion. The sand was blasted through the stratosphere into the mesosphere and was suspended there, fifty miles above the earth's surface. There, the sand granules attracted fugitive traces of vapor, creating noctilucent clouds—luminous formations that drifted seaward.

This glowing cloud mass, created by the great Sahara sandstorm, was visible to people in the unsuspecting villages and uncaring cities for thousands of miles along the western cusp of the 26th parallel. It was visible in Cairo and Casablanca and Las Palmas. It was visible to people living in the Azores, the Abacos, and on the peninsula of Florida, too; fragile land breaks immersed in the sea, and thus more intimately connected with the wider world. At sunrise, the sun burned through a glowing curtain of peach and rust. At sunset, the sand-laced eastern sky caught the light and reflected desert gold. At night, the clouds smoldered in the wind and throbbed with dull flame.