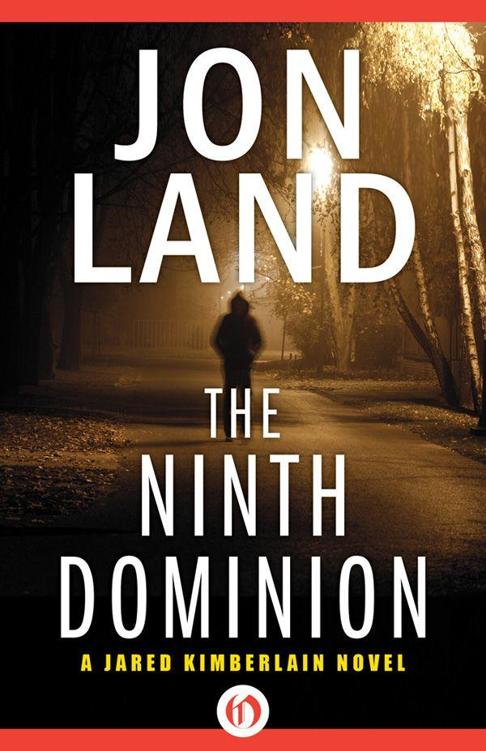 The First Dominion: The Locks

A Biography of Jon Land

A Sneak Peek at
Strong at the Break

Easy is the descent to hell:

But to climb back up,

To retrace one’s steps to the upper air,

That is the work,

That is the difficulty.

The poet Virgil in the
Aeneid

The First Dominion
The Locks

Alan Vogelhut, chief administrator of Graylock’s Sanitarium for the Criminally Insane, gazed up vacantly from the papers on his desk. “Yes, Miss Dix?”

“I said I’m leaving,” his secretary replied. “I don’t want to miss the last launch, with the storm and all.”

Only then did Vogelhut notice the rain slapping the office windows. It was as though the world beyond the walls of “The Locks” did not exist for him at all. As the institution’s first and only chief administrator, he had in his charge the most vile and heinous of criminals, committed to The Locks by courts that had no fonder hopes than to forget about them forever.

And Miss Dix was gone.

Vogelhut looked at the mounds of paperwork on his desk and knew he wouldn’t be getting off Bowman Island that night. He kept a small apartment inside the facility for times like these, and lately he had been using it more and more. Leaving The Locks for even the briefest of periods was becoming increasingly difficult for him. He sometimes thought that he was as much a prisoner of this place as were his charges.

He was late for his evening rounds, woefully perfunctory but nonetheless carried out each and every evening. Vogelhut moved away from his desk and caught a glimpse of himself in the rain drenched window. His gray hair hung limply. His face was pale, almost ashen, the face of a man for whom the sun was a long forgotten memory. Was it old age, he wondered, or just The Locks itself?

Vogelhut stepped into the corridor and locked his office door behind him. At this time of night, he had the halls to himself, and the quiet soothed him. Quiet meant routine, and routine had become the only security he could find refuge in. Given the hour, he would skip the more docile wings and head straight for the maximum security section known as MAX-SEC.

Alerted to his presence by surveillance equipment, the MAX-SEC guards were waiting for him when he approached the central monitoring station.

“Good evening, doctor,” one said, while the other two continued their vigils before the dozen television screens that constantly scanned the tombs where America had buried eighty-four men and women alive.

Everything was computer keyed and controlled. The dozen screens rotated the pictures from seven cells each. Vogelhut often watched the inmates in their cells for long periods at a time, transfixed by their every mannerism. He felt like a voyeur, peeking into worlds that were both fascinating and incomprehensible. Each in the space of his or her cell behaved differently. At least three of the inmates in this wing never slept. Now one of them was gazing at the camera as if he knew Vogelhut was watching.

The prisoner flipped him the bird. Vogelhut trembled and turned away. How many deaths had these men and women caused? How much pain and suffering? Vogelhut tried never to consider such questions. MAX-SEC was built to accommodate 144 prisoners, but the present number was the largest ever to populate it.

He had retraced his steps down one hallway and swung onto another when the lights around him flickered once and died. The power failure, Vogelhut reasoned, was undoubtedly caused by the storm. He was reassured seconds later when the emergency system kicked in to restore a measure of light. Vogelhut pivoted on his heel to return to the MAX-SEC area. A power failure at The Locks was a matter for serious concern, and again he took refuge in the routine to calm his jittery nerves. Even now, two dozen guards would be rushing to the MAX-SEC wing—standard procedure in the event of a power outage. Vogelhut was taking no chances with his eighty-four most important tenants.

Halfway back to the monitoring station, the emergency lighting died, plunging the hall into utter darkness. Fear gripped Vogelhut’s innards. This could not be. Sophisticated precautions had been employed to prevent against losing both the primary and backup systems. He could hear the pounding rush of the oncoming guards now, could see the darkness splintered by their flashlight beams. Vogelhut put his left hand against the wall and kept moving.

“That you, doctor?” asked one of the MAX-SEC station guards when he rounded the corner into the spill of a flashlight.

Vogelhut shielded his eyes from the glare and edged on. “Are they quiet?”

“Can’t tell. All the monitoring systems are out.”

“What the hell happened, sir?”

Vogelhut reached the monitoring station just as the first of the two dozen emergency guards hurried down the final stretch with flashlight beams leading.

“I don’t have any idea,” was all Vogelhut could say.

He knew there was nothing to worry about. In the event of a power failure, a secondary locking system in the MAX-SEC wing automatically took effect. Cobalt bars extended across all three of the twelve-inch-thick doors one had to pass through to gain entrance. Not only could the prisoners not get out in such an event, but no one could get in, and that included the guards.

Two dozen of them, flashlights aimed low, crowded behind Vogelhut. They carried M-16 A2 machine guns outfitted with sensor triggers rigged to a certain thermal signature. No one else but the individual guard could fire his own weapon unless it was reprogrammed. This added security precaution was to prevent the prisoners of MAX-SEC from ever turning the guns against their captors.

“I can’t raise anyone in main control,” reported the monitor, who was still wearing his headphones.

The minutes passed. Five was stretching toward six when the primary power snapped back on. Vogelhut’s own sigh of relief was drowned out by a larger collective one. Yet instead of clear pictures the twelve television monitor screens showed only garbled, static-filled displays.

“I don’t know, sir,” the headphone man said, flipping every switch in his reach back and forth. “I’m not getting any signals from inside MAX-SEC.”

Vogelhut didn’t hesitate to make the decision required for just such an emergency. He yanked a strangely shaped square key from his pocket and handed it over.

“Damn it, there is no procedure for this!” Vogelhut’s insides felt like barbed wire was scraping against them. “You have your orders. Open the security doors. On my command.”

From his pocket, the monitor extracted a matching key that was affixed by chain to his belt. He inserted both his and Vogelhut’s into the proper slots on the black console and waited. Vogelhut turned to the guard captain at his rear.

“Level one first. Twelve cells, two of you to a cell. Captain, we’ll communicate by walkie-talkie. Give me the signal when you’re in position.”

The captain and his team moved to the black steel entry door. The captain punched the proper code into the keypad and the vaultlike door swung open. The guards crowded together outside the first of the additional three access doors permitting entry to MAX-SEC.

Vogelhut turned back to the monitor, who was ready with the keys. “Now, son.”

The guard turned both keys simultaneously. An ear-splitting wail began to pulse at one-second intervals. Vogelhut’s face was awash in the glow of the red entry lights now flashing on the control board. Inside MAX-SEC the three access doors were swinging open one at a time, the guards surging from one door to the next the moment each was opened. They bunched together, sprinted forward, then bunched again until they had at last entered the first of the four levels.

“We’re in, sir,” Vogelhut heard through the walkie-talkie. “Dispersing now. Everything looks normal.”

“On your mark, Captain.”

Vogelhut looked back down at the monitor control. “Open level one cell doors.”

Silence. Vogelhut could hear some kind of commotion through his walkie-talkie but no discernible words.

More commotion. Shouts now and footsteps, but still no words.

“Captain, what is going on?”

“
What?
” Vogelhut knew he had heard wrong, he must have heard wrong.

“The prisoners are gone!” the captain of the guards confirmed. “Every fucking cell is empty! …”

JARED KIMBERLAIN RESTED
his elbows on the table and leaned closer to the woman across from him. When he spoke his voice was soft.

“Do your superiors know you came to see me?”

“Unofficially,” replied Lauren Talley. “It wasn’t easy to convince them.”

“It’ll be even harder to convince me, Ms. Talley.”

Lauren Talley propped her elbows on the table as well, straddling her cup of cooling coffee. The FBI Learjet had brought her to Vermont at an expense she’d better be able to justify upon returning to Quantico. The behavior science department, that part of the FBI with jurisdiction on serial killings, was located there on the grounds of the bureau’s academy. Talley was a special agent who, after a rather spectacular rise through the ranks, was number three on the section’s totem pole. She took great pride in that fact, but today there were other things occupying her mind.

Kimberlain had chosen this diner for the meeting. Even though Talley had arrived twenty minutes ahead of schedule after a two hour drive from the airport, he was already waiting for her at this corner table. Her eyes went to him as soon as she stepped through the door. Jared Kimberlain’s file picture didn’t do him justice. Nor did the ominous descriptions passed on by those in the bureau who had crossed paths with him before. Even among the diner’s population of truck drivers and construction workers who needed to roll up their sleeves to let their forearms breathe, Kimberlain stood out. His crystal blue eyes mesmerized her, then beckoned her over. She accepted his hand after he rose to greet her. His touch was like ice. Her grasp went limp within it. She felt instantly drained and uneasy, as if he had stolen her strength as quickly as that.