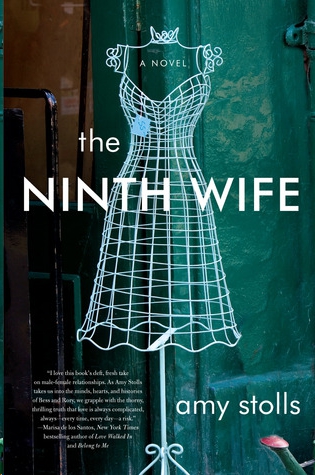 Rowing with just one oar

I lost that oar

Look, that dandelion drenched by a shower

is making the best of it, pursing its lips

—KO UN, FROM
Flowers of a Moment

P
ick a partner,” says Bess’s karate teacher, “and get a tombstone.” As Bess learned nine months ago when she began her schooling in Tae Kwon Do, a tombstone is a black rectangular punching bag that you hold against your torso as a target for someone to kick you repeatedly in the stomach. Or, ideally, your solar plexus, your
myung chi
, the soft spot at the top of the rib cage that if kicked directly with a powerful
eap chagi
, say, by a one-hundred-ninety-pound software engineer from Bethesda, can knock the breath out of you and send you flying across the room into a pile of smelly sparring gear. Tombstones, Bess has come to realize, are a good thing. Tombstones can save lives.

The dojo where they practice karate and self-defense twice a week is an old elementary school gymnasium in the heart of a Latino community. It smells of sweat and mildew. The white ceiling, veined with cracks and water stains, sheds paint chips onto the buckled wooden floor where the occasional cockroach scurries from the dark corners behind the mats. Only two of the tall windows open, but to lift the industrial-strength glass is to risk dropping it and smashing a finger. Bess looks around at the other students in their white
gi
s cinched with belts in white, yellow, green, and blue. She sees pairs make eye contact, bow to each other, get ready for the next drill, and she realizes she is the only one left holding up her hand, signaling her availability.

“Watch this time,” says her sensei. He is a sexy second-degree black belt with the body of a gladiator, a man who knows how to swing his nunchucks. He points her off to the side. “Come in next round.”

In elementary school Bess was an A-for-effort player, not the last teammate to be picked but never the first. What she lacked in grace and coordination she made up for with good sportsmanship, happy to be one of the ducks who clapped for the goose. It’s possible her tendency to flinch at anything thrown at her could be traced to a year of red rubber balls flung meanly (though, in retrospect, perhaps flirtatiously) at her nose by one greasy-haired, hygiene-challenged Douglas Lillicrop in the third grade. Regardless, she didn’t see herself scoring points or winning races or really venturing beyond the fitness trends of the decades—aerobics, Jazzercise, Pilates, yoga—until she saw an ad for the D.C. Karate Association.

The first time she wore her
gi
she also mistakenly wore her lucky Valentine’s Day panties that showed through where she sweated like a boiled lobster in gauze. And last week in the turtle tot class where she loves to volunteer she bopped one of the cutest tots on the noggin with a foam noodle to get his guards up and he responded by throwing up on her feet. So there were setbacks. Still, working out at the dojo usually makes her feel upbeat and alive, and a force to be reckoned with. In the girls’ bathroom one time, an eight-year-old in the ninja class caught her confronting her own reflection in the mirror above the thigh-high sink, saying,
You talking to me?
You talking to ME?
The little girl wanted to know why she was saying that. Bess laughed and said she was just practicing looking tough.
Well then sorry, but it’s not working
, the girl told her.
I see you around.
You’re too nice.
She suggested Bess get a gold front tooth, tattoo her knuckles, and stop smiling so much.
Then you be badass
, she said. Bess thanked her for the advice.

So Bess might not appear badass but she
feels
that way sometimes and loves it. She loves the power in thinking of herself in simple warfare terms: you kick, punch, strike; you block, protect, defend. An ebb and flow of pure primal instincts, the body an arsenal of weapons—forehead, back of the head, knees, elbows, feet, fists in various formations, fingers for grabbing and jabbing. For the first time in a long time, she’s in good shape and feels confident in her physical self.

Her emotional self, on the other hand, is another story.

“Switch,” says her sensei, and Bess bows to a thick, squat man with a hairline that begins on the top of his head. He begins kicking. Bess tightens her stomach behind the tombstone to absorb the blows, keenly aware that today is her thirty-fifth birthday and here she is getting kicked in the gut. Which, in a sense, is a manifestation of how her birthday began this morning when she saw Sonny.

She was getting into the car of her close friend, Cricket—a sixty-six-year-old retired mortgage broker who lives on the first floor of her building. Cricket cooks her casseroles, pulls dead leaves off her plants, and brags about his Shar-Pei, Stella, named after his favorite character in
A Streetcar Named Desire
. He is celibate and gay, and gossip is to him as gasoline is to his black Buick LeSabre. He began visiting Bess often and unannounced two years ago after she organized a community support effort on his behalf. Before that she had only exchanged cordial hellos in the corridor with him and his flamboyant partner and, if there was time, commented on the weather and scratched his pooch’s ears. But the news of his partner’s death from a sudden staph infection hit her hard for reasons she couldn’t explain. She’d see Cricket sitting at his window, alone, lonely, sad, and distant. One morning, she posted notices on her neighbors’ doors and coordinated a schedule of dinners, errands, and, if he desired, company to help him cope. To everyone else he posted a notice in the lobby of sincere gratitude. To Bess he bowed, introduced himself anew with his hand over his heart, and said he would be forever grateful for such kindness. Bess has thrived on his friendship ever since.

“Hey, Bess,” she heard from across the street. She had just opened the car door. “Bess, it’s Sonny.”

“Oh my God, this is going to be good,” murmured Cricket from the driver’s seat, peeking over his sunglasses. They watched Sonny tug a pregnant woman toward them like a suitcase on wheels.

Bess had no time to block and defend. “Sonny,” she said, more as an identifier than a greeting. Sonny was a beautiful thirty-year-old Asian-American Southerner, and that mix alone had been enough to get her attention three years ago when he pulled his supermarket cart up behind hers and said she had
nahce-lookin’ onyens
. He was a graphic designer who worked at home and had time to woo her. Over the six months they dated he was full of surprises, and she loved that. He played the harmonica, quoted Chomsky, and meditated each morning to try to cure his sciatica. He was strange, but she was strangely drawn to him, and when he ended it, it was not because she wasn’t strange enough for him (as she suspected) but because—and he was brutally frank about this—her age scared him. He didn’t want to think at all about marriage and especially not about kids.

“My hair? Probably not.” Rebuking every suggestion any hairdresser had ever given her to branch out, Bess’s straight, thick, dark brown hair has always stopped above, at, or just below her shoulders, depending on her mood and the season. Often she defaults to putting it up loosely in a clip, always making sure she has a lock of it handy to fidget with the way she used to do in adolescence—twirling it around her finger and clamping it between her lips.

“What have you been up to, Sonny?” said Bess, looking down at the pregnant girl’s protrusion.

The girl looked at Sonny, then smiled at Bess. “Sonnyboy’s always up to something,” she said, patting the large bulge under her peasant shirt. She had long soft red hair and a scattering of freckles on her cheeks. “I’m Gaia,” she said, pronouncing it
Gay-a
. Bess nodded hello.

“So where you headed?” asked Sonny.

“No kidding.” Sonny made a few karate chops as seen on TV. “I bet you can beat me up now.” He leaned into Gaia. “Baby, she can kick
mah ay-ass
.”

Cricket, observing all this from inside the car, choked down a laugh.

“What’s that?” asked Gaia, pointing to the seat.

“How come it’s not black?” said Sonny, tossing a few fake punches to her shoulder.

“It’s a pearl belt. From when I first started. I’m a white belt now.”

“Pearl? For real? What’s next, lavender?”

Bess contemplated a demonstration: a palm thrust to the nose, a kick to the groin. “Pearl,” said Gaia, like an interruption, something she pulled from the air.

“Pearl,” she repeated, dreamily. “That’s it, Sonny. That’s the name for our baby.”