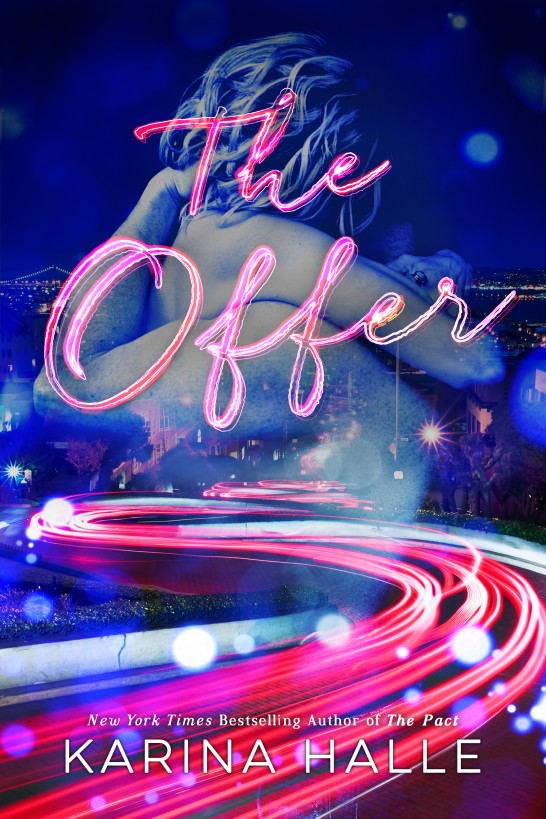 The Experiment in Terror Series

Sins and Needles (The Artists Trilogy #1)

On Every Street (An Artists Trilogy
Novella #0.5)

Donners of the Dead

Racing the Sun (from Atria Books)

Publisher’s Note: This is a work of fiction. Names,
characters, places, and incidents either are the product of the
author’s imagination or are used fictitiously. Any resemblance to
actual events, locales, or persons, living or dead, is entirely
coincidental.

All rights reserved, including the right to reproduce
this book or portions thereof in any form whatsoever.

Manufactured in the USA

For more information about the series and author
visit:

For those who think they’re lost in the
struggle, whatever that struggle may be.

Keep on keeping on.

“
Live
with no regrets.”

“What was
that, sweetheart?”

I slowly
raised my gaze from the blank spot on the grass I’d been staring at
for the last five minutes and saw the tall silhouette of a man as
he crossed in front of the floodlights, coming toward me. I blinked
a few times then looked back to the ground. His face was in shadows
but I knew who he was. His Scottish accent told me everything I
needed to know.

I cleared my
throat and finished off the glass of wine in my hand. The raucous
sounds of the wedding were dying down and I was surprised that Bram
McGregor was still here. He was the best man while I was the maid
of honor, but I never pegged him to be the type to stick around for
very long, even at his own brother’s wedding. Bram’s eyebrows had
been wagging at every female that walked within a five-meter
distance, myself included, and he’d seemed so bored during the
ceremony that it looked like he was trying to stifle a permanent
yawn.

“Sorry,” I
said, clearing my throat. “Talking to myself.”

“I can see
that,” he said, sitting down beside me on the stone bench and
bringing with him a whiff of cigars and sandalwood.

We were around
the side of the Tiburon Yacht Club’s lawn where the wedding had
taken place. I had stumbled upon the bench and the garden, with the
lights of the city across San Francisco Bay twinkling in the
background. I was ready to call it a night and just wanted to be
alone before I headed back to my apartment to relieve the
babysitter. Even though my best friend Stephanie was getting
married to a great guy, Bram’s brother Linden—and don’t get me
wrong, I couldn’t be happier for her—it was a wedding, I was single
and feeling worse about it every minute that passed.

“So, live with
no regrets,” he repeated, casually leaning forward on his knees and
lacing his fingers together. If I was sober I would have felt a bit
embarrassed that he had caught me talking to myself, but as it was
I couldn’t care less. What Bram thought of me was the least of my
problems.

He snorted and
I immediately glared at him.

“Hey,” I said,
my face growing hot. “Most people have mottos.”

The corner of
his lips twitched up into a smile. He was a handsome man, I had to
give him that. But after my ex fucked me over so loyally when I was
pregnant, leaving me alone to raise our daughter, playboys were on
my hit list and Bram McGregor was definitely a playboy. Which meant
he was public enemy number one and nothing but a whole lot of
trouble and hot air.

I’d made it my
goal in life to avoid trouble. I wasn’t about to start now, just
because of his Scottish brogue, grey eyes, dimpled smile and built
physique. And, you know, other terrible attributes.

“I don’t,” he
informed me, as his eyes slid to mine, mouth lifting up. “But does
it count if other people have mottos about you?”

I didn’t want
to ask him what he meant by that, yet somehow my mouth was opening
and I was taking the bait.

“People have
mottos about you?” I asked.

His smirk
deepened. “Women do.”

“I see,” I
said, trying to think of something clever that would take him down
a peg. “Once you go Bram…”

“You won’t
give a damn,” he filled. He looked up at the dark sky and tilted
his head, considering. “Or I’ve heard one night in my bed and your
legs are forever spread.”

He shrugged.
“Don’t knock it till you try it, sweetheart.” He paused. “I guess
that’s another motto for you.”

He eyed the
empty glass in my hands, then me, and blinked as if seeing me for
the first time tonight. For a hot second I was glad that Stephanie
had picked out the most flattering cocktail-type bridesmaids dress
from Anthropologie. Then I had to remind myself, once again, that I
didn’t care what he thought of me.

“What?” I
asked, my skin prickling at the fact that his gaze was skirting
over my body for just a little too long.

“Why are you
out here alone and sober?”

I twirled the
stem of the wine glass between my fingers. “I’m not sober.”

“I suppose
you’re not alone either,” he said. “Can I get you another
drink?”

“You’re
offering?” I don’t know why that surprised me but it did.

He stared at
for me for a moment, his dark brows knit together. Then he relaxed,
his grin widening lazily. It reminded me of a cat stretching after
a nap.

“I never let a
beautiful woman pay for a drink,” he said.

Though part of
me (a small part) thrilled at the fact that he called me beautiful,
especially after how rough my dating life had been lately and how
the only person that called me beautiful lately was Ava (okay, and
Steph before the wedding, once I was magically transformed through
hair and makeup), I wasn’t about to let his slick words charm
me.

I gave him a
steady look. “Do you really think I’m going to fall for that
pick-up line?”

He let out a
laugh, eyes twinkling in the dark. “Pick-up line? The best man
can’t get the best woman a drink? You know, I heard you were no
fun, I just didn’t believe it. Not with that body.”

I was stunned.
My face flushed hot and somehow I found my words. “Who told you I
was no fun?”

His smile was
softer now but it still looked like he was having the time of his
life toying with me. “It doesn’t matter. I gave you the benefit of
the doubt, but I guess they were right after all.”

“Was it
Linden?” I asked, feeling nauseous. I liked Linden a lot, and
though his own personal opinion of me didn’t really matter, I hated
the idea that I was known for something negative, especially if it
was something I feared. I used to be fun at some point, I swear to
God, but when life gets hard, fun becomes something that gets swept
under the rug along with manicures, one-night stands and eating at
nice restaurants.

Bram didn’t
say anything to that, so I knew it was his brother.

“It’s hard to
tell, is your face going red?” he asked, peering at me closely. The
mellow scent of cigars wafted to me again.

“I am fun,” I
told him, inching myself away from him. It was pointless but I
still had to defend myself.

“And that’s
why you’re out here alone with an empty drink?”

“Just because
I’m not getting shitfaced and spreading my legs in your bed,
doesn’t make me a square.”

“No,” he said
slowly and leaned in closer. “But that does sound like fun, doesn’t
it?” His breath was hot on my cheek and I resisted the urge to turn
and look at him. There was something about his eyes that felt
vaguely X-Ray-ish, like he could see right through you. Already, I
knew he was probably imagining what I looked like naked under this
dress. I didn’t need him to look any deeper and see what kind of
no-fun mess I really was.

“I like it
when you look embarrassed,” he said, voice lower, that accent
roughing up each syllable. “I bet you look the same when you’re
about to come. Caught off-guard and exposed.”

And again, I
was speechless. My eyes bugged out and I almost slapped him in the
face and ran away, because that’s what I’ve been taught to do with
men like him. Deflect them. Let them know what they’ll never have,
what they’ll never deserve.

But I didn’t
do that. Because against everything I hold dear, his words did this
slinky thing in my brain, sliding down into my heart and between my
legs. It made me want to clench my thighs together to keep the heat
building even though it had nowhere to go.

It revved an
engine inside that I tried my hardest not to think about.

I swallowed
hard and kept my eyes focused on the shrubs in front of me. The
wedding sounded even further away, as if it were leaving in order
to get us alone.

Bram gently
placed two fingers underneath my chin and slowly turned my head, so
I had no choice but to look at him. “If I tell you you’re beautiful
again,” he said, whispering, “will you blush? Or will you believe
it?”

Damn. Damn,
damn, damn. I’d be a fool for falling for this swarmy little act,
but boy did I want to believe it.

At least I
didn’t blush. There wasn’t any time to.

Before I
knew what was happening, Bram leaned in a millimeter and kissed me.
His lips were soft and wet, tasting like rich tobacco and mint. I
sucked in a breath, my body frozen and caught-off guard, exactly
what he wanted. The back of my brain screamed, “The best man and
maid of honor, hooking up at a wedding, what a cliché!” and “He’s a
player and he’s playing you” while my lips, spurred by alcohol and
a deep-rooted ache for
something
, kissed him back.

It all went in
slow motion. The voices in my head quieted down, turning to a hazy
hush, and all that was left was this stoked fire burning deep
inside. His hands went to the sides of my face and he held me there
with strong, warm fingers. It steadied me as his tongue slipped
against mine and our mouths danced with each other in perfect
rhythm. If I could have formed any thoughts, I would have
considered that this wasn’t at all what I thought kissing Bram
McGregor would be like. This was soft, sensual and, dare I say it,
meaningful.