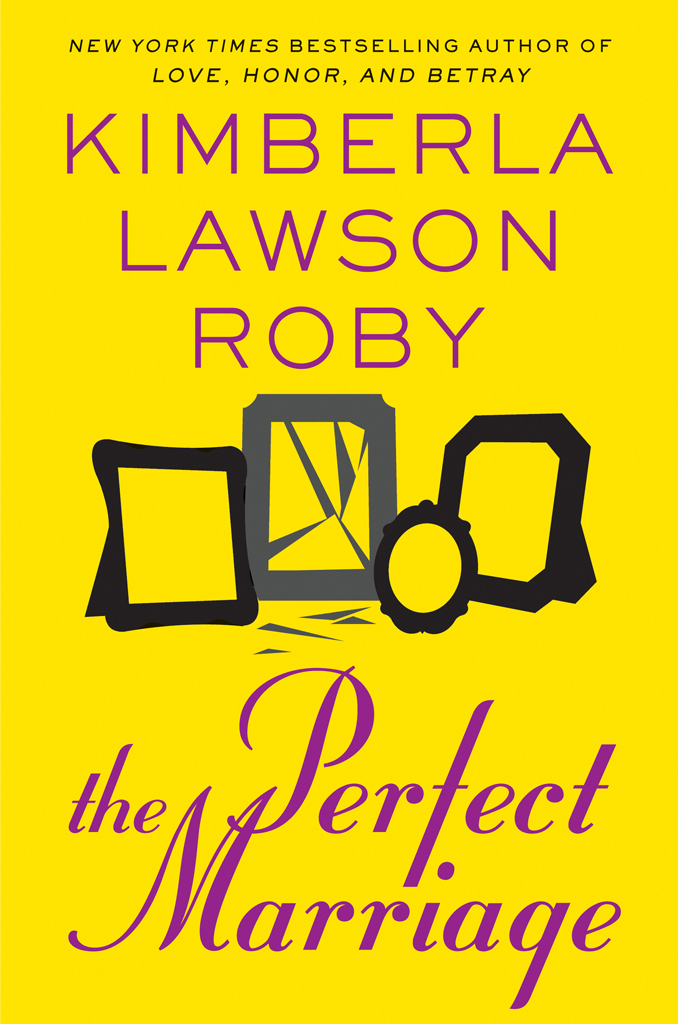 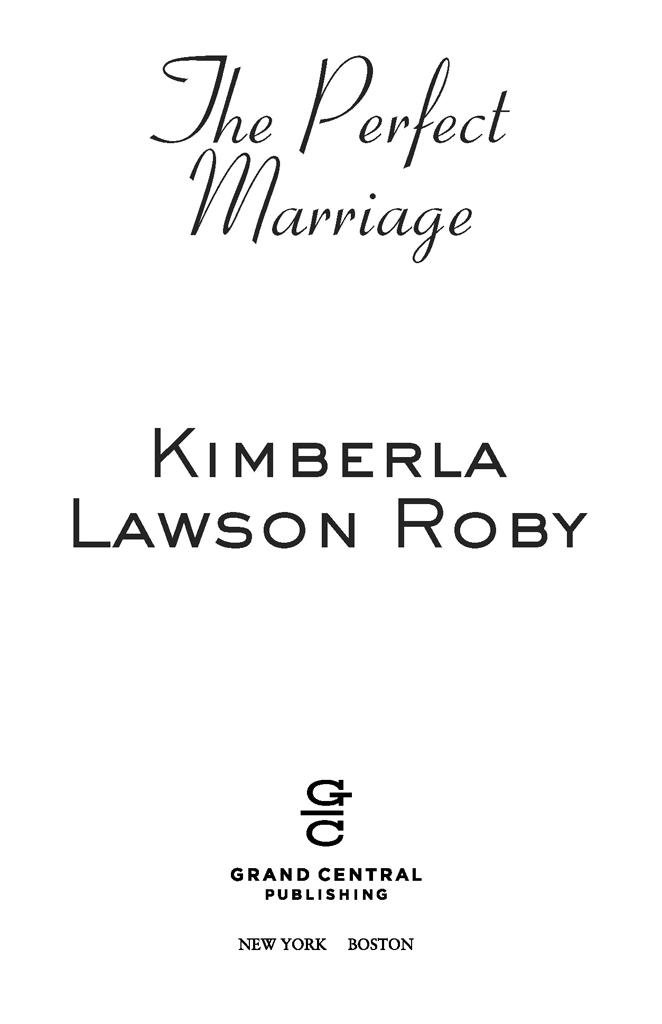 I miss you dearly and will love you always.

Many, many thanks to God for so much grace, mercy, and Your abundant blessings; to my wonderful husband, Will, for more love
and support than any wife could ever ask for—I love you from the bottom of my heart and soul; to my brothers, Willie Jr. and
Michael, for all the wonderful childhood memories and adult memories and for giving me nieces and nephews that I love like
my own children—I love you both so very much; to my stepson and daughter-in-law, Trenod and Tasha, and your children—I love
you dearly; to the rest of my loving family—I love you all: Tennins, Ballards, Lawsons, Stapletons, Youngs, Beasleys, Haleys,
Romes, Greens, Robys, Garys, Shannons, Normans, and everyone else I’m blessed to be related to! To my first cousin and fellow
author, Patricia, for all the fun childhood memories and for those we are still creating decades later and to my girls of
girls, Kelli, Lori, and Janell, for absolutely everything—I love all four of you so very much; to my spiritual mother, Dr. Betty
Price, whom I love dearly; to my publishing attorney, Ken Norwick, for such great representation; to the best publisher in the whole wide world, Grand Central Publishing: Jamie Raab, Beth
de Guzman, Selina McLemore, Linda Duggins, Elizabeth Connor, Dorothea Halliday, the entire sales and marketing teams, and
everyone else at GCP! To the best freelance team ever, Connie Dettman, Shandra Hill Smith, Luke LeFevre, and Pam Walker-Williams—thank
you all for everything! To every bookseller who sells my work, every newspaper, radio station, TV station, and online website
or blog that promotes my work, and to every book club that continually chooses my work as your monthly selection—thanks a
million.

Finally, to the folks who go out of their way to make my writing career possible—
my wonderfully kind and supportive readers
. I love you with everything in me, and I am forever grateful to
ALL
of you.

Much love and God bless you always,

H
i, I’m Jackson,” the fifty-something man dressed in a pair of work overalls said.

“Hi, Jackson.” Twenty-two men and women of various ethnic backgrounds spoke back to him in unison. They sat around three banquet-length
tables that were pushed together as one, and Denise wanted to hightail it out of there as fast as she could. For nearly an
hour, she and her husband, Derrek, both of them dressed in professional business suits, had listened to one recovering drug
addict after another, sharing multiple horror stories; yet Denise still couldn’t understand why they were there—why they were
humiliating themselves in such a very shameful way. It was true that during the wee hours of the morning, Derrek had awakened
from a torturous nightmare and had decided that they both needed serious help, but Denise honestly couldn’t have disagreed
with him more. She couldn’t fathom any of his thinking because the truth of the matter was, she and Derrek weren’t the least
bit addicted to anything. She did take Vicodin nightly for relaxation purposes, what with all the major stress she endured
as director of nursing for one of the Chicago area’s largest nursing homes, but finding various ways to relax was normal for
just about anyone she could think of. Then, as far as Derrek was concerned, about a year ago he’d begun snorting a little cocaine socially with a couple of his close colleagues, but
that was it. Of course, he hadn’t actually planned on telling Denise about his newfound indulgence but when she’d accidentally
discovered a small plastic baggie in his blazer pocket of all places, filled with some white powdery substance, she’d confronted
him. He’d apologized for hiding things from her, and while she hadn’t necessarily liked the idea of him using an illegal drug,
she also couldn’t deny that she’d always been curious about it herself. Her parents had raised her to be a “good girl,” and
when she’d become a teenager, they’d kept her away from “bad girl” sorts of things, such as late-night parties and the kind
of friends who could do whatever they wanted when they wanted to. Her father had also forbade her to be friends with any child—even
her own cousins—who didn’t live in a “suitable” neighborhood and didn’t attend private school. He’d made it very clear that
she wasn’t to consort with “riffraff” of any kind unless their parents were of a certain class.

In the end, her parents had basically guarded her day and night, told her that she didn’t need many friends anyway, and had
insisted she should focus mainly on being the best student possible. They’d also encouraged her to read her Bible daily and
had kept her frequently involved in church activities. This, of course, had been fine, though, because it was Denise’s upbringing
that had stopped her from doing anything that wasn’t good for her, specifically during her college years. She hadn’t even
dated all that much back then and had primarily concentrated on her studies and potentially bright future in nursing. She’d
learned to do exactly as her father had expected, and she’d gone very far in life because of it.

Still, for some reason, she’d always wondered what it would be like to smoke marijuana, or even snort a little cocaine, for
that matter, simply because she’d never done anything irrational. Maybe her strong interest in trying drugs stemmed from how
strict her parents had been and the fact that everything had been so off-limits. Because no matter how much education she’d
gotten or how often she’d gone to church, she’d never been able to shed this relentless need to do something out of the ordinary—​something wild even. She’d known it was crazy and lowly of her to even consider such things, which was the reason she’d
never shared these feelings with another living soul, but her curiosity was what it was and she couldn’t help it—so much so
that when the opportunity had presented itself, she’d taken it. She’d debated back and forth and then back and forth again,
but three months ago when she’d found herself home alone taking a much needed day off from work, she’d pulled out Derrek’s
stash from the tan metal box he kept it in. Even then, as she’d held it in her hand, she’d debated a while longer but then
she had finally poured a tiny line of cocaine onto one of her hand mirrors and snorted it with a straw she’d gotten from the
kitchen. At first, she’d wondered how long it would take before she felt anything, but in a couple of minutes, she’d gotten
her first buzz. She remembered, too, how she’d never felt more energized or stress-free in her life.

So over these last three months, she and Derrek sometimes—well every night that is—did a line or two in their bedroom. They
only did it, though, as a way to unwind, so why not? Especially since not only was her job extremely demanding and filled
with loads of responsibility, Derrek’s position as director of finance at Covington Park Memorial Hospital was just as taxing.
They both worked long hours, they did all they could trying to be the best parents they could be to their twelve-year-old
daughter, Mackenzie, and at the end of every given workday a bit of cocaine always made them feel better. It took the edge
off in more ways than one, but again, they weren’t hooked and had not a thing to worry about.

But here the two of them were, front and center, sitting at some humdrum Narcotics Anonymous meeting among people who truly
were
addicts—folks who didn’t appear to have ever lived the kind of decent life she and Derrek had worked so hard to establish.
As Denise scanned the entire group one by one, she did feel sorry for these poor people, but she also couldn’t help noticing
that she and Derrek had nothing in common with them. Many had talked about their days of being homeless, some had mentioned
not graduating from high school, and others had talked about the horrible neighborhoods they’d grown up in. Just about every
single story had depressed Denise, and she wanted to leave.

So much for wishful thinking, though, because as soon as Jackson finished sharing about his last few days, Derrek spoke next.

“Hi, Derrek,” everyone said, some smiling and some with quiet stares.

“Well, I’m not sure where to begin exactly, so I guess I’ll just say that I’m very glad to be here. My wife and I,” he said,
looking at Denise, “have never attended any kind of meetings for addiction before, but one thing I’ll never forget are the
stories my grandfather told me for years about his days as an alcoholic. He would tell me how it was the worst time in his
life and that had it not been for God and Alcoholics Anonymous, he would have likely been a dead man in his thirties. Before
he died, he’d been sober for almost forty years, but even then, he still attended one or two meetings every week.”

Many of the people around the table nodded, more of them smiling than before, and Denise hoped Derrek wasn’t going to share
any more of their personal business. She wondered why he couldn’t handle this
so-called
drug problem in private. Some time ago, Derrek had gotten a little carried away with playing the Illinois State Lottery,
but when he’d realized enough was enough, he’d prayed about it and stopped on his own. He hadn’t needed any twelve-step program
back then, so for the life of her, she couldn’t understand why this new issue was different.

Now, instead of
hoping
he wouldn’t say anything else, she wanted to
beg
him not to.

But sadly, he did.

“The real reason I wanted my wife and I to come tonight, though, is because I had this horrifying dream that scared me to
death. It was very vivid and when it was all said and done, my wife and I had ended up just like my parents: strung out on
drugs and living on the street. We were homeless and destitute.”

Everyone stared at Derrek, attentively and compassionately, and Denise could tell their hearts went out to him—and her, too,
for that matter. The only thing was, she and Derrek
didn’t
have a problem, and she wished he’d stop blowing everything out of proportion and being so dramatic.

“Anyway, I won’t take up a lot of your time tonight, but again, I’m very glad to be here and thank you for having us.”

“Thanks, Derrek. Keep coming back.” Everyone spoke together in an almost chantlike fashion.

Derrek nodded. “I will.”