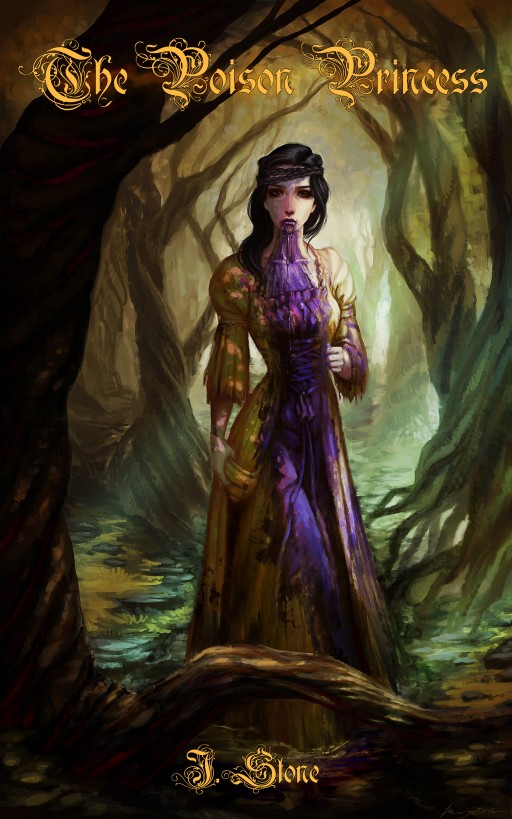 Cultwick: The Science of Faith

My frequent sounding board.

Chapter 2. A Hands on
Experience

Chapter 5. The Serpent and the
Fruit

Chapter 9. The Other Road

Chapter 17. It Was This Big

Chapter 30. Into the Nether

Chapter 33. The Untethered
Demon and a Forgotten Beast

Chapter 34. The Way Back

Chapter 39. What is Right

Chapter 40. Reaching Into the
Darkness

The question Ruby continued to ask
herself was a simple one but with complicated ramifications -
Do
I do what is right, or do I do what I want?

This would be a question that the princess
continued to ask herself in abundance over the course of what
remained of her life. Even though the reason she asked herself the
question this time would soon be rendered moot, the question would
remain. She pretended that she had a choice in this question beyond
doing what was expected of her. She kidded herself that she might
give in to her own desires rather than what was the greater good.
At the end of the day, however, she acknowledged that her choice
would always be the same. Her own desires fell to the wayside when
weighed against the needs of her people.

Princess Ruby Willow paced back and forth in
her sizable bedroom of the drafty castle. She’d lived there for
twenty years of life. It certainly wasn’t a bad place to live, and
she was quite aware that she’d drawn a winning lot in life. During
all her years, her father had ruled Lavidia justly and with the
adoring approval of his people. Imagining that Ruby had a good life
and was well taken care of is an easy assumption for you to make,
and one that is not at all incorrect. That specific day was set to
be an important one for her kingdom, for her people, and most of
all, for her.

You may be wondering where exactly this
kingdom was situated. Lavidia was just one small piece of the world
known as Nabiria. The lands of the humans were primarily composed
of Lavidia and another large kingdom called Elythine with a
scattering of other settlements and villages outside those borders.
Farther north, in the harsh cold, were more barbaric men and women,
while in the south beyond the Sornik Sea were elf lands called the
Land of the Dead. Far to the east was an orc empire that the humans
had fled centuries prior, but our tale takes place in the human’s
land, and it starts in one small room of the castle at the center
of Lavidia.

Given the importance of the event later that
day, Ruby had dressed up for the occasion. She wore a long yellow
dress of a rich, vibrant fabric with flourishes of fanciful designs
sewn in blue thread around the various hems. Her light brown hair
was braided into a pseudo crown design around the back of her head,
while the rest hung down just beyond her shoulders.

Finally abandoning her question, Ruby left
her room, walking through hallways, until she passed through the
large dining hall’s doors. Ruby found that the kitchen staff had
laid out more than enough breakfast for her and any others of the
castle who were interested in partaking. There was only one person
there though, discounting, of course, the guard stationed at the
hall’s entrance. Durin, an eccentric court wizard, was sitting at
one of the tables enjoying the bounty, when she entered.

“Princess Ruby,” he greeted her, putting down
a glass of red wine before wiping his mouth and white beard of the
last sip with his long robe sleeve and leaving a stain in the wooly
grey fabric.

“Good morning, Durin,” she replied. “How are
you today?”

“I’m afraid I wouldn’t know,” he told her.
“I’ve only just tasted the wine. I’ve left the strawberries for you
to try first.”

Ruby smiled at the comment. The fruit was one
of her indulgences, and she almost never went a breakfast without
sampling some of the kingdom’s harvest. Some joked that her
fondness for the fruit was singularly responsible for keeping the
strawberry farmers of the Lavidia kingdom in business. They may
have been right. Walking over to a table of the various foods on
display, Ruby picked up a shimmering metal plate and began to
select things for her breakfast. Chief among the items was the red
fruit that she enjoyed so immensely.

“Grab me a banana, while you’re there, would
you?” Durin called to her.

The wizard allowed himself a little chuckle.
“You’re not allergic, princess. I assure you.”

She smiled but said, “I’ll stick with my
strawberries.”

Once she had collected all that she wanted,
she grabbed the banana, holding it at nearly arm’s length. Ruby
then returned to Durin, sat across the table from him, and handed
him the yellow fruit.

“Thank you, princess,” he said, taking the
fruit from her.

“Of course.” Ruby then watched in relative
disgust as he peeled the skin from the banana. She’d had a bad
reaction to a banana, as a child, and it had colored her opinion
forever. As the wizard took a bite of his food, she turned her eyes
to her own plate.

Picking out one particularly plump and firm
strawberry, Ruby bit into the fruit. Almost immediately, Ruby
realized that something was wrong with the strawberries. The taste
that she was so familiar with soured in her mouth as though it was
rotten. Against all proper decorum, she violently spit the food
back out to her plate in an attempt to purge herself of the foul
taint that she felt spreading throughout her body, but it was too
late. The poison had already taken hold.

“What is it?” Durin asked her with a pair of
bewildered eyes.

“Poison,” she sputtered, before taking a
drink of the wine to cleanse her mouth and then spitting it out as
well. Her skin turned pale, and she could sense a sickness inside
her.

Durin looked at her in horror, as he watched
the poison take noticeable effect. Ruby fell off her seat to the
floor, grabbing at her neck and choking. The wizard pulled out his
thin, gnarled wooden wand and got down on the floor with the
princess. Aiming the implement toward Ruby’s mouth, he muttered
some incantation.

As Durin began to conjure the spell, Ruby
could feel something coming up from within her. At first, she
thought she was going to vomit, but the sensation was somehow
different. Instead of her sick coming up, a dark purplish liquid
began to drip out of her mouth. The wizard continued to cast his
spell, pulling the substance from within her. It spilled out,
coloring her yellow dress purple. Her lips, chin, neck, and soon
even her whole chest were coated with the poisonous ooze, as it
began to pool in her lap.

The poison sludge ceaselessly dripped from
Ruby’s mouth, as the wizard channeled his spell to suck the
substance from her body. Durin attempted to purge Ruby of the vile
substance inside her and save the princess’ life, but before he had
finished the spell, a sword protruding through his rib cage
interrupted his attempts. A grotesque expression covered his face,
as he looked down to the metal tip of the blade ripping through his
chest.

“That doesn’t go there,” he uttered, before
his eyes rolled back in his head.

The castle guard at the other end of the
sword placed his boot to the wizard’s back and pulled the blade
out. Durin toppled to the side, collapsing to the cold stone floor,
and his blood pooled beneath him, soaking into his robe along with
the red wine stain on his sleeve.

Ruby crawled backward from the guard as fast
as she could manage. Durin’s murderer was one of her father’s men.
He had betrayed the king, but she couldn’t imagine a possible
reason as to why. She wondered what was going on. The guard looked
at her with such malice in his eyes, and Ruby realized he would not
stop until she was dead. He didn’t seem at all concerned with the
flow of poison from her mouth or her ghastly pale appearance. He
was singularly focused on ending the princess’ life. One might even
say that he looked to be in a trance.

The poison wildly spewing from Ruby’s mouth
poured forth with no end in sight. The wizard’s spell had been
interrupted. She no longer felt sickness from the poison within
her, but Ruby thought that the deluge of purplish black goop would
never stop. If she’d known the truth of her condition then, it
surely would have horrified this innocent young princess.

Continuing to crawl backward, Ruby soon found
herself against the wall of the dining hall with the trail of
expelled poison in front of her like that of a giant slug. She had
nowhere left to go, and the guard slowly walked toward her. He
didn’t strike her as in any particular hurry to kill her, seeming
to savor every step closer to Ruby. She wondered what she or her
family could have ever done to deserve such vitriol from this
guard. Who had put him up to such a task? Ruby conceded that she
was unlikely to ever learn such answers. All her life, she had
strived to be a force of good, helping her people however she
could, but she feared such deeds would not save her now.

The guard stopped, standing over Ruby’s
cowering form and straddling the poison trail that she had left.
She forced herself to look up at her killer one last time. A dark
shiver ran down her spine, and she felt somehow emboldened. Her
breathing slowed, she stopped shaking in fear, and Ruby even stood
to face the guard, mere inches from his face. He smiled sickly at
her and grabbed her throat with his gloved hand. Ruby reactively
spit some of the poison out toward him from the force of his
grip.

The goop landed on his glove and then dripped
beneath his armor. At the very moment the poison touched his skin,
the guard yanked back his hand, flailing in pain and releasing the
princess from his fierce grip. He dropped his sword to the stone
floor with a clatter and attempted to pull off his glove. Falling
to his knees, he screamed as the poison ate through his skin like
acid. The smell the poison left behind as his flesh was devoured
was unlike anything Ruby had ever experienced before. The odor
filled her nostrils, and while she thought that it should be an
awful stench, she found herself somewhat attracted to it. Something
about it just felt right. She didn’t quite recognize herself in
that moment, but it was only the beginning of her changes.

Forcing herself to ignore the sweet smell,
Ruby realized that this was her chance. She rushed forward and
grabbed the sword that the guard had dropped. It was heavy, much
heavier than she would have guessed. She barely managed to grip it
and hold the tip off the ground, lurching her shoulders forward in
the effort. The poison gurgled forth from her mouth, and some of it
landed on the blade, mixing with the dark red of Durin’s blood. The
guard, meanwhile, seemed to be in agonizing pain from the poison
she had spat out at him and was paying her little to no attention,
giving the princess the opportunity she needed.

David by Ray Robertson
The suns of Scorpio by Alan Burt Akers
Raven Quest by Jo Ann Ferguson
The Perfume Collector by Tessaro, Kathleen
Stronger than Bone by Sidney Wood
The Last Stand of Daronwy by Clint Talbert
Wickford High 2 - Furiously Tempted by Fuller, Karen
Sword Quest by Nancy Yi Fan
Scratch by Mel Teshco
Junie B. Jones Has a Monster Under Her Bed by Barbara Park
Our partner