Read The Pope and Mussolini Online

The Pope and Mussolini 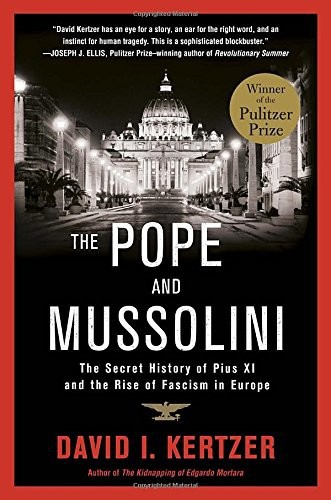 RANDOM HOUSE and the HOUSE colophon are registered trademarks of Random House LLC.

PART ONE
THE POPE AND THE DICTATOR

2.
The March on Rome

5.
Rising from the Tomb

11.
The Return of the Native Son

14.
The Protestant Enemy and the Jews

15.
Hitler, Mussolini, and the Pope 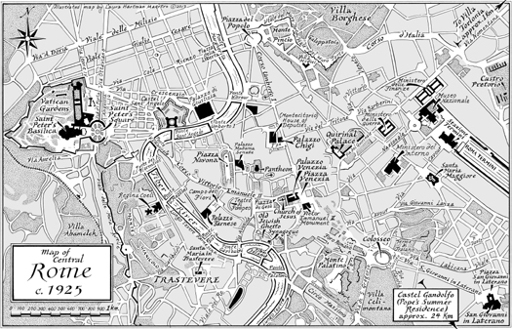 To view a full-size version of this image, click
HERE
. 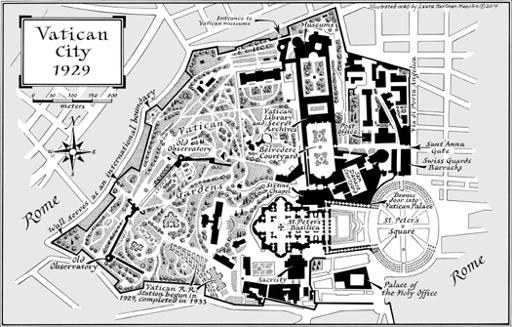 To view a full-size version of this image, click
HERE
.

BALBO, ITALO
(1896–1940) The swashbuckling Fascist boss of the city of Ferrara, Balbo was one of the leaders of the 1922 March on Rome. President Roosevelt awarded Balbo a Distinguished Flying Cross in 1933 when he led an expedition of twenty-four seaplanes to the United States. While his aerial heroics won him great popularity on both sides of the Atlantic, they sparked Mussolini’s jealousy.

POPE BENEDICT XV (GIACOMO DELLA CHIESA)
(1854–1922) Born to an aristocratic family in Genoa, Giacomo Della Chiesa rose to become archbishop of Bologna in 1913. Despite his nonpapal appearance, he was elected to succeed Pius X in 1914. He dismantled his predecessor’s fierce antimodernist crusade and clerical spy force but failed in his efforts to play an effective role as peacemaker during and after the Great War.

BAUDRILLART, ALFRED
(1859–1942) Catholic scholar and longtime head of the Catholic University of Paris, Baudrillart was named a bishop in 1921 and a cardinal in 1935. Keeper of a precious diary, Baudrillart worried over the intrigue surrounding the ailing Pope Pius XI as Mussolini solidified his alliance with Hitler.

BORGONGINI-DUCA, FRANCESCO
(1884–1954) Born in Rome, Borgongini was appointed in 1921 to be secretary of the Congregation of Extraordinary Ecclesiastical Affairs, one of two key positions under the Vatican secretary of state. There he dealt with international affairs despite never having lived outside Rome. In 1929 Pius XI named him the Vatican’s first nuncio or ambassador to Italy, a position he would occupy for over two decades. Devout
and unworldly, Borgongini was an irresistible target for Mussolini’s teasing.