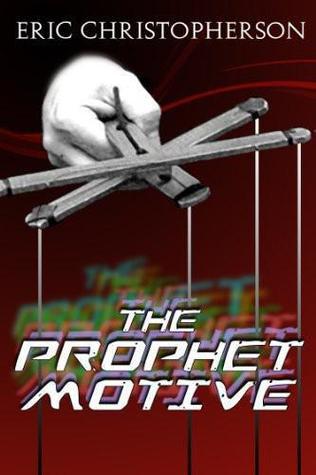 Over the plastic pitter-patter of her own computer keystrokes, Maggie heard a phone receiver slam into its cradle. She stopped typing and turned to her office mate. Esperanza, her hand still gripped to the receiver, was staring off fearful-eyed, beyond their walls, as if focused on the trailing backside of a bogey monster.

Esperanza let go of the phone, fanned her face with an empty manila file folder. Maggie laughed at that, and Esperanza laughed too. A moment later, Lydia Grant popped her frosty gray head in their doorway.

Lydia continued down the hall to alert Pam Macy. The four paralegals shared a weight loss pact, which included circling a few blocks together during their unofficial afternoon break.

Maggie reached beneath her desk to retrieve a pair of bright red, Rockport
walking sneakers she’d bought in Union Square over the weekend. “So what did the pervert say?”

Esperanza’s gaze fell to her desktop. “Can’t repeat it.”

“You’re no fun.” Maggie slipped out of her heels and began lacing up. “Think you know who it was?”

Maggie finished tying her sneakers and stood. “Aren’t you coming?”

Maggie’s hands found her hipbones and she sighed. Esperanza wasn’t shaking off her X-rated call lightly after all. Even her coffee skin seemed a little milkier.

“You gonna be okay, honey?” A weak nod. “You sure?” A weak smile.
Poor thing
, Maggie thought. “He calls back, give him my number. I’ll make his thing-ie fall off.”

She caught up with Lydia and Pam in the foyer, waiting for the antique elevator, the compartment creaking near, its wrought iron door slipping into view.

Maggie was about to answer when a scream disturbed the dignified confines of Fenno, Holmes and Shaw. A panicky scream. A woman’s. It went on and on. Maggie’s initial thought was that some overworked lawyer was about to go postal on them all, and the next sound would be gunfire. But no shots came.

Maggie lit off down the hall the moment she feared she’d recognized the screaming voice. She found Esperanza sprawled on the carpet midway between their two desks. The stricken young woman lay on her back, gripping her head with both hands, her frilly yellow summer dress bunched in the shape of a pressed flower. Her tormented wail continued even as Maggie crouched down next to her and stroked her forehead and shushed her.

Abruptly—and oh so mercifully—Esperanza ceased her shrieking. She lay motionless, but for a heaving chest, eyes vacant, a fish-like part to her lips.

Lydia burst inside, gasped, and when she couldn’t get Esperanza to respond either announced: “I’m calling Nine-One-One.” She picked up the black telephone handset dangling by its cord over one side of Esperanza’s desk and emanating a loud busy signal.

“No—no—wait.” Esperanza grunted and sat up. She cupped both hands to her forehead.

“My God, girl!” Lydia said, dropping the handset back in its cradle. “What on Earth happened?”

Maggie and Lydia exchanged baffled shrugs. They shooed away a mob of office rubberneckers peering in from the doorway.

In one motion, Maggie snatched a metal wastebasket and clunked it down in front of stricken woman, who started gagging as soon as she positioned her head above the cylinder.

“I’ll bet it’s a migraine,” Maggie was saying to Lydia as Esperanza vomited. “My cousin has them. Says they can be excruciating. And they always make her nauseous.”

Lydia nodded. “Our poor girl’s probably never had one before, and it scared her.”

When Esperanza finished throwing up, she struggled to her feet and promptly collapsed into her chair. Lydia left to fetch a glass of water. Maggie used a Kleenex to wipe away some crud from the corner of Esperanza’s mouth.

Brrrrnng
! The telephone rang on Esperanza’s desk. Maggie reached to answer it, but Esperanza beat her to it.

“Yes?” she answered, her voice shaky.
Maggie strained to listen, hoping the obscene caller hadn’t called back, but could hear only a gender-less mumble on the other end of the line.

Esperanza glanced at Maggie before speaking into the phone piece in a blasé tone. “I’m afraid I’m not interested. Please don’t bother to call back.”

The receiver slipped from her hand, smacking the desktop an instant before Esperanza’s shrieking resumed. With both hands gripping her head, she jumped up and darted aimlessly about the tiny room, changing directions every few steps, as if trying to dodge the terrible pain in her skull. Maggie backpedaled against the wall, speechless, horrified.

Esperanza dropped to her knees and looked heavenward. “Our Father,” she began, but stopped her prayer to scream. “Our Father,” she repeated. Tears mixed with mascara, tread-marking her cheeks. “Who art—” She stopped again. To scream again.

Maggie burst forth from the wall, leaned down next to Esperanza, and placed an arm around her shoulder, meant to comfort and calm. It did neither.

“Ayúdeme, Dios Mio!” Esperanza cried.
Help me, Lord
! Her voice was already raspy from strain. “Sálveme, Jesús!”
Save me, Jesus
! Suddenly, she jumped up off her knees, knocking Maggie on her fanny, and burst out the door shrieking. Maggie scrambled to her feet and gave chase.

In the hallway, Esperanza kicked free of her pumps, then bumped into Lydia and the glass of water she’d fetched. Its contents splashed across the trousers of Derek Simms, an attorney in a gray Armani suit.

“Stop her!” Maggie called. But the others—all the heads poking out of doorways—failed to budge. They let Esperanza pass, too dumbfounded—or maybe too frightened—to intervene.

Into the foyer Esperanza raced. She bypassed the elevator compartment, threw open the stairwell door, and disappeared inside. Maggie followed.

Screams boomed and echoed off the brick and tile walls. Maggie heard footsteps too, somewhere overhead, and began climbing. Slowly, she gained on the hysterical woman, catching sight of Esperanza just in time to see her fling open the door to the rooftop.

The two women streaked across the bright rooftop veranda, between rows of empty, white-clothed cafe tables. Maggie closed to within three steps. Two.

Esperanza didn’t so much as glance over her shoulder. She just kept on running and screaming. She screamed as she placed her hands on top of a four-foot high brick parapet at the roof’s perimeter and vaulted over the side of the building. She screamed up to the very moment she hit the street below.

San Francisco Homicide Inspector John Richetti burst through the rear door of his precinct and into the vehicle yard. He dipped into his blazer for a pair of scratched up mirrored aviators and quickly shuttered the windows to his soul. The mild, dry dose of sunshine should’ve felt cleansing, if not medicinal, on his skin, but it didn’t. Everything ordinary was out of order.

His partner, Eddie Bourne, honked at him from behind the wheel of their unmarked blue Ford Mustang, its bubble flashing on the roof, the engine revving.

“Do me a favor,” John said, settling into the passenger seat. “Lay off the siren. I’ve got a headache.”

Eddie nodded. “You eat a lot of doughnuts too.”

“What else? You’re also white, short-haired, overweight, and conservative. You smoke. You’re a lousy dresser. You scowl a lot—Yeah, like that—Oh, and you spew profanities.”

“Don’t get me started.” The dispatcher’s voice shrieked over the intercom about a pile-up on the 101 Freeway. “How about we lower the volume on that radio?” John dialed it down himself. A moment later, his cell phone chirped.

“It’s me,” Teresa said, her tone icy. Nothing had changed—since everything had.

“It’ll have to wait. Shift’s underway, and we’re busy.” Some woman had taken a nosedive off the roof of the old Windsor building.

“She’s been acting out again at school.”

A glob of brain tissue directly behind his forehead pinched brutally. “What do you expect with her parents splitting up?”

“I know, I know, but she has to be disciplined—Wait’ll you hear what’s she’s done!—and we need to present a united front.”

John sighed. Glanced out the window. A streetcar rumbled by, clanging its bell. He and Eddie were about ten minutes away from the crime scene. He switched off the squawk of the police radio. “What did she do now?”

Outside the Windsor building, orange cones and blue uniforms had sealed off a block of traffic on a side street. A couple dozen civilians stood scattered on the sidewalks. John emerged from the car with a lingering image of his six year-old, angry and scrunch-faced, scratching lines into the cheeks of a classmate at recess. The image dissolved as he and Eddie walked toward the familiar yellow police tape used to cordon off a crime scene.

They veered in the direction of the person they assumed was the crime scene recorder, a scrawny uniformed patrolman named Frank Pearson. He stood about ten feet outside the yellow tape, interviewing a witness, it looked like.

As they closed in on Pearson, John glanced directly at the crime scene and stopped cold. His partner froze too, for inside the area rimmed in yellow tape there was no body, no corpse, only a sprawling nebula of blood on the sidewalk.

Eddie craned his neck toward John. “You believe this?”

John stomped over to Pearson. “Who moved the body, for crying out loud!”

Pearson turned, took in John, saw Eddie. “Don’t you guys ever listen to your radio?”

“Just tell us what the fuck happened,” John said.

Pearson excused himself from the witness and led the inspectors a few steps away to an area of some privacy. “Well, you’re not going to believe this, but the body’s disappeared.”

Pearson nodded. “I’ve pieced the story together some.”

John flipped open his notepad, shaking his swollen head, and dug out a pen. “Start from the beginning.”

Pearson stared up at a sharp angle. He was so short his Napoleon complex wouldn’t go away if he moved to Japan. “Okay, here’s what I know so far. This young Hispanic who works in the building, her name is Esperanza Chavez, took a dive from the roof onto the sidewalk here. How or why, I don’t know for sure.”

“You have witnesses, right?” John said.

“Right,” Pearson said. “Got one direct witness, a co-worker named Maggie Phelps, who was on the roof when she jumped. And I’ve got three partials, people who witnessed the fall, but not the jump, if that’s how it really happened.”

“Someone think she might still be alive and cart her off to the hospital?” John said, peering up at the roof of the building.

Pearson shook his head. “Unh-unh. Not a possibility. From the descriptions I got, her head was split open like a watermelon that’d rolled off the picnic table.”

John glanced at the crime scene again. There would be hair and bone mixed in with the blood. Maybe some gray matter too.

Amazing Grace by Lesley Crewe
Overboard by Fawkes, Delilah
Quarry by Collins, Max Allan
Pursuit of Justice by DiAnn Mills
If It Flies by LA Witt Aleksandr Voinov
Megan Frampton by Hero of My Heart
Being Shirley by Michelle Vernal
Magical Acts: (Skeleton Key) by Michele Bardsley, Skeleton Key
Merciless by Lori Armstrong
Digging Out by Katherine Leiner
Our partner