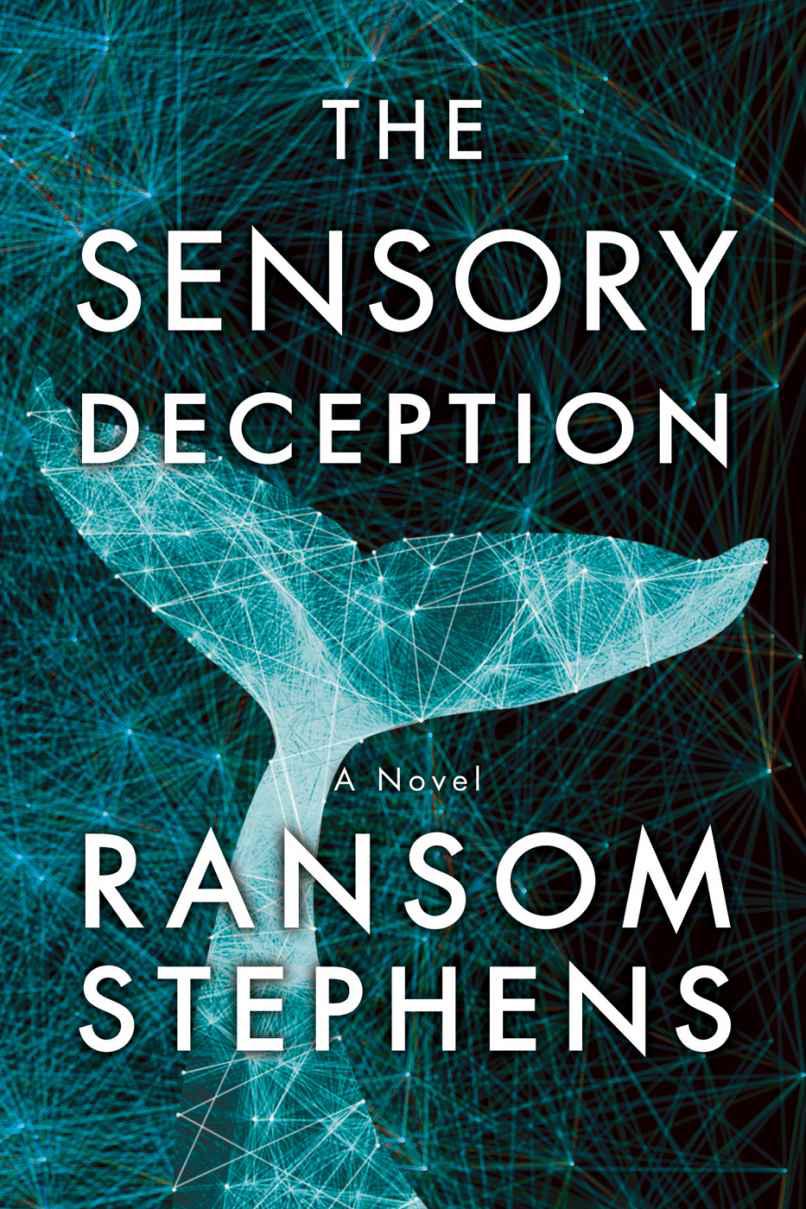 G
loria sees blue sparks emerge from the rifle and watches mud splash at the feet of the woman and the little girl, but she doesn’t connect the bullet cause to the splashing effect. The heat, smoke, encroaching fire, and even her blistering skin are mere sensory inputs that saturate her mind without context.

The woman pulls the girl along a path, and they maneuver through the burning forest. Ducking beneath a branch, they twist away from a shower of sparks. The girl cries out when the sparks extinguish themselves in the moisture of her skin.

The woman lifts the child onto her hip.

This simple movement strikes something in Gloria: a hint of humanity’s context, something about life, love, and death. The sway of the woman’s hips is timed perfectly with the shift of the child’s weight. A single action that settles the child against her waist, giving comfort to the mother and security to her offspring. Though Gloria sees this, in her mind the vision is processed as sound. A song. The song of mammals: warm flesh and blood wrapped in skin and nourished with milk and love.

The woman rushes deeper into the forest. A table-size leaf drifts down, sways between tongues of fire, levitates over the flames for an instant, and then evaporates in a hiss of steam. The
heat shoves the woman aside. Her ankle catches in a bramble and she loses her balance.

The woman tries to cradle the child but fails. The child falls into the mud and the woman crashes down on top of her. She succeeds in landing on the girl with the soft impact of her belly and breasts but in so doing buries her face in the embers of a fallen branch. The skin and cartilage of the woman’s face erupt in steam just as the leaf had a second before.

Her scream penetrates Gloria’s heart and the shift is complete.

It’s a feeling akin to waking from a dream, except that rather than dissipate into her subconscious where it belongs, the sensations of this dream resolve into reality: unyielding heat, dense smoke, green and black forest, red and blue flames, steam popping and crackling from wood fuel, branches collapsing to the ground. In this waking instant, the sounds are no longer as loud, nor the scents so bitter nor the fire as bright. A flame licks away the leaves of a branch not ten steps ahead. It is just as hot as before—in fact, the heat hurts more now than it did seconds ago. Still, it seems farther away even as it closes in.

That’s it
, she thinks:
everything seems farther away. Farther away, yes, but it’s a conceptual distance.

The volume has been turned down. Everything is quieter, even the colors and smells. There’s room in her mind to think—that’s the difference: She can think now. She can reflect. Where seconds before everything was response, now there is an instant of reflection between her mind and her senses. Her thoughts are now formulated in words as well as impressions.

The realization takes her to her knees. Images, scents, and sounds combine into random-seeming words, but they align
themselves into sentences and the sentences form a story. Her story.

She wonders if she’s going into shock. The very act of wondering feels delightful and scary.

Wait, I’m good at this
, she thinks.
I can solve problems
.

Another blue flare emerges from the rifle. This time she’s capable of correlating the flare to the crack of igniting gunpowder, but she’s not yet ready to recognize the shooter. Bullets hit the woman and she stops screaming.

A bolt of panic straightens Gloria’s spine. The girl struggles beneath her mother’s body. Gloria wraps her arms over her head and rushes into the flames. As she runs up the path, straight toward the man with the rifle, recognition dawns but, as she dodges the sparks and flames, can’t take hold. She drops to the ground and pulls the child out from under the mother.

The girl sprints back in the direction from which Gloria came. Gloria follows, leaving the body of the woman to burn.

The gun fires again. Gloria glances back. The bullets have herded two more women and a man into the flames now behind her. Their long black hair withers to smoking clumps. The women shriek and the man bellows. Gloria realizes they’re headed to the river. It feels good to attach an image to a purpose.

A vine snags in her hair. No, not in her hair—the vine snags against her headband. She remembers, and the realization almost stops her. She passes her hands along the straps running over her head, across her back, and around her waist. The headband holds the all-important wide-angle video cameras to her forehead and the binaural microphones just behind her temples. The straps hold the transmitter against her back. She tugs on the chin strap, starts to unfasten it, but changes her mind. This equipment is her best hope for survival.

She rips the vine from the strap and runs.

The girl, about six years old with long black hair, dark skin, and the same high cheekbones as the other villagers, looks back, and Gloria lifts and hugs her. The child smells familiar, like the most comfortable pillow in the world.

Gloria knows this child, has held her a hundred times, but doesn’t know her name.

Now she loses track and has to bear down and concentrate to force the images and memories to reassemble themselves into thoughts.

Gloria knows the way to the river, has walked it every day for weeks, usually following the girl she now holds. She recognizes the flowers with their giant, bugle-shaped blossoms. One is filled with rainwater. It brings to mind a sweet drink, and with that thought comes thirst. The thirst derails her mind again.

She looks back up the trail. The man who just murdered the girl’s mother jogs along behind them. She knows this man. She knew him well. She has made love to this man.

Her grip on reality loosens.
Chopper wouldn’t do this
.

She coughs and shakes her head but the vision doesn’t clear. “No!” It’s the first word she’s spoken in weeks, and it comes out thick and hoarse, but her next words emerge at full volume: “Chopper, stop!”

The rifle rotates toward her, and Gloria drops into the river.

M
ore than six thousand miles away, Farley Rutherford wakes from a light slumber. It’s dark and silent. His first thought is of the men and women who depend on him. They are always his first thought, and right now they seem okay. He sits up and wonders what woke him. He can distinguish the direction of the cave’s opening by the slight breeze. If it were morning, there would be a hint of light in this cave-prison.

He hears a faint clinking behind him, like a distant chain being lowered to the ground. It’s just loud enough to distinguish from the snores and groans of the men and women still suffering through nightmares on the dirt floor around him. The clinking stops. It’s replaced by another sound, a whisper.

He rises and navigates about the sleeping bodies of his team toward the sound at the rear of the cave. As he passes them, he feels the decaying remnants of hope within each person’s heart. Sensibility, compassion, empathy, logic—the prerequisites for civilization decomposing from the body of civility. His foot nudges someone. He steps gently over. It is Farley’s responsibility to comfort the others, to balance their fear and anger on a fulcrum of purpose, even as that purpose recedes. It is this role that forces him to retain his sanity.