To John O. Morisano, who finally got his “O,” and to Liz Schonhorst, the best editor in The World (or The Seems) 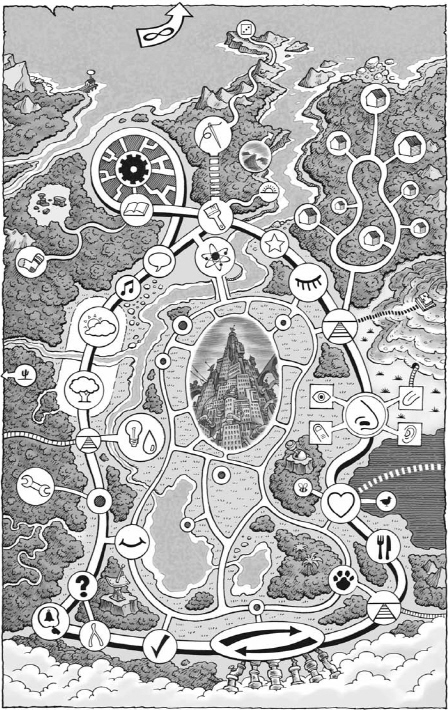 2 · Time to Make the Zeppole

8 · The Keeper of the Records

From: The Powers That Be

To: All Seems Employees

Due to recent events and information regarding a specific and credible threat, it has become necessary to elevate security measures Seemswide.

Employees are advised that valid Badges must be displayed at all times and all individuals, regardless of Clearance, are subject to random inspection. Personal effects should not be left unattended and any/all suspicious activities should be reported to departmental administrators.

We regret any inconvenience this may cause, but only through our combined efforts can The World, as we know it, be protected.

Second in Command, The Seems

This message is being sent from the Big Building and may contain CONFIDENTIAL or PRIVILEGED information. If you are not the intended recipient, do not print out, copy, or distribute this message or any attachments. Advise the sender immediately, then delete this message and attachments without retaining a copy. 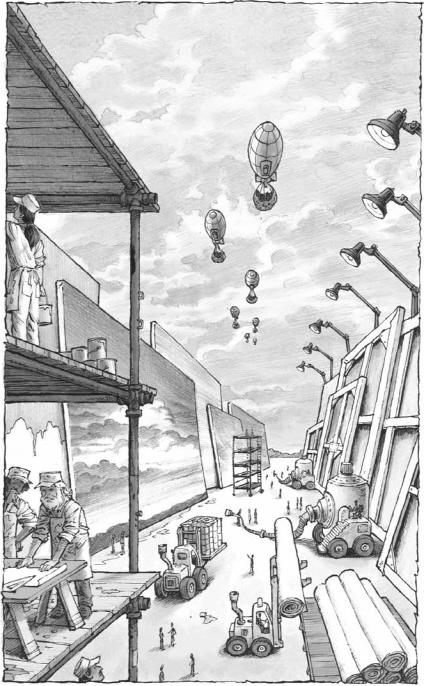 Albie Kellar slammed his hand on the trunk of the fancy white car as it screeched to a halt only inches from his toes.

“No!” screamed the driver. “You’re a stupid moron!”

Crossing against the light probably wasn’t the best idea, especially at the back end of rush hour, but pedestrians had the right-of-way in this state, and Albie planned on exercising that right whenever he darn well pleased. “
You’re
the stupid moron!”

The driver flashed him a hand signal that strangely resembled a bird, then turned onto Marengo and disappeared onto the 10.

Albie shook his head. He honestly couldn’t remember if people had always been this bad or if they had gotten worse lately, but it seemed as if today they were particularly offensive. The smog didn’t help either. It hung low and thick and he could feel it collecting around his lungs with every breath.

A block and a half away, a packed bus was leaving the curb, and Albie raced after it, trying to get the driver’s attention— but the man behind the wheel seemed to purposely pull away.

“Thanks a lot, pal! Really appreciate the kindness to your fellow man!”

Over by the weather-beaten bus stop, a small Mexican woman watched as Albie kicked his briefcase against a wall. Anna secretly referred to him as
el tirano
(“the tyrant”) because every time she saw him, he seemed to be in such a bad mood. Not that her mood was so much better . . .

Anna Morales had come to the City of Angels for a better life, but this better life was not without a cost. Though she could earn enough money here to support herself and send some back to her family, her days were spent mostly alone. Riding the bus only seemed to make it worse, for she could barely understand the language, and people seemed to look right through her. At least in Chapala, even a stranger was a friend.

She looked up to see a tall, skinny black kid stepping beneath the overhang. He was dressed in hospital scrubs and looked no better off than she did, oversized headphones tuning him out from the rest of the world. Anna quickly moved over, but there wasn’t very far she could go, because
el tirano
had already grabbed the seat to her right.

“When the hell is this thing gonna show up already?” Albie Kellar muttered, angrily checking his watch. “I don’t even know why I bother anymore.”

As the sun began its daily descent, Anna tried to make herself even more invisible than usual. The kid in the scrubs just turned up his music and said to no one in particular, “Tell me ’bout it, yo.”

Becker Drane had barely stepped off the monorail when an Assistant Scenic was already in his face.

“Thank the Plan you’re here!” The young artist’s smock was covered in paint and sweat beaded off his brow. “It’s a total disaster!”

Becker couldn’t help laughing. Every Mission seemed to start the same way, but now that he had nine of them under his belt, it didn’t faze him anymore.

“Just stay calm and take me to my Briefer.”

“He’s over by Easel #4, inspecting the replacement. Follow me!”

As they jogged over to the strip, Becker could hear the
click-clacking
of his cleats against the hard concrete. He had been in the middle of a Little League game—Park Deli vs. Bagel Dish—and it was no easy task to slip from the on-deck circle, duck into the outhouse to deploy his Me-2™
1
, then sneak away from Donaldson Park as the other Becker cranked a double to right-center, tying the score with two outs in the bottom of the sixth.

The Assistant Scenic led Becker down the street marked “Glorious Boulevard,” then turned onto the back lot that served as the deluxe design studio for all The World’s sunsets. Enormous canvases were lined up, row upon row, with no less than twelve artists per panorama, each supervised by a Master Scenic whose vision and keen sense of color would soon supply The World with a priceless and never before (or again) seen tapestry of light and Emotion.

Over by Easel #4 stood a short, stout man with a laminated “B” proudly affixed to his uniform. Becker had to admit he was slightly disappointed that he hadn’t been assigned his favorite dorky, Tool-obsessed, Coke-bottle-glasses-wearing Seemsian, but Briefers worked on a rotation basis too. There were over three hundred of them, each as capable and distinctive as the next, and though very few of them still wore the official dress blues (which had once been mandatory), “the Sarge” always wore his.

“It ain’t good.” The Sarge rubbed his grizzled chin. “This Set was under construction for three weeks—some sort of fancy one they sent down from upstairs. By all accounts it was a masterpiece, but then the guy just snapped—threw a can of primer all over it, tore the thing to shreds, then completely went over the Edge.”

“Who was the painter?”

“Master Scenic #32”—the Sarge looked down at the Mission Report on his Blinker™—“Figarro Mastrioni.”