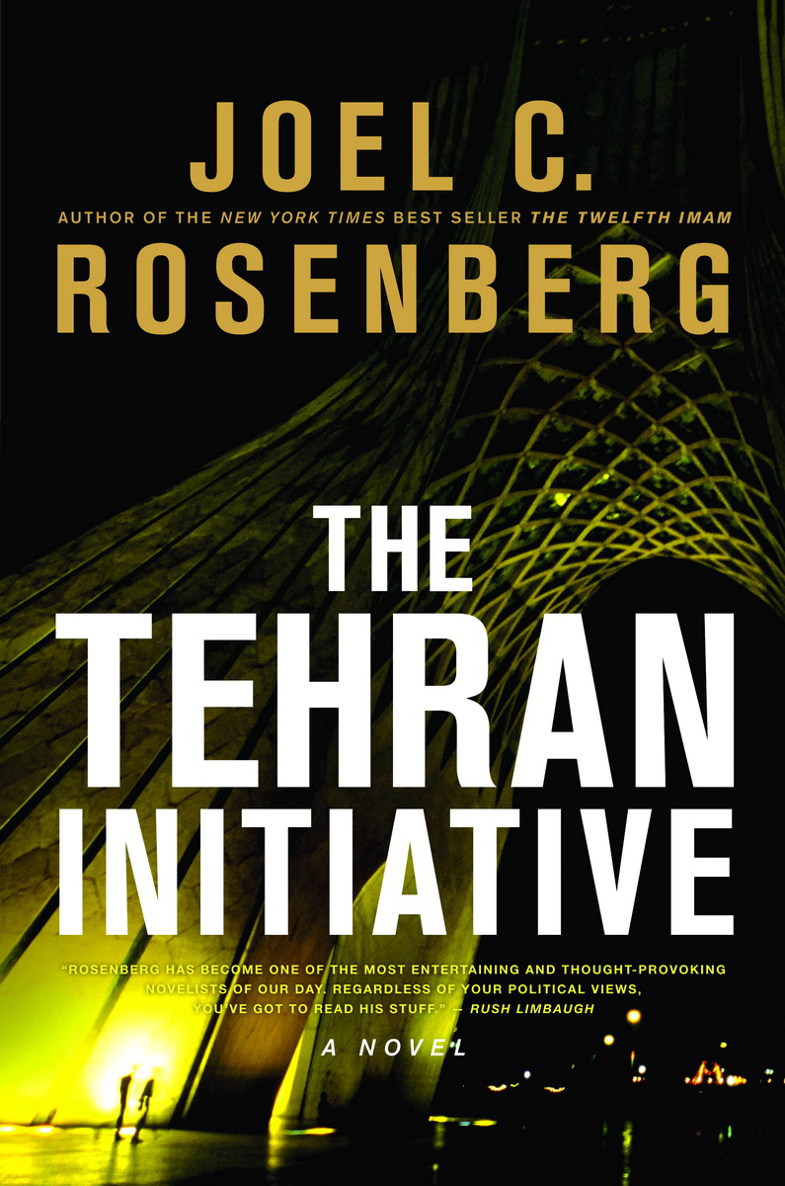 To all our friends in Iran and the Middle East, yearning to be free.

from
The Twelfth Imam

David Shirazi wondered if they’d even make it to the safe house in Karaj.

As he inched forward in Tehran’s stop-and-go traffic toward Azadi Square, he saw the flashing lights of police cars ahead. Despite the roar of jumbo jets and cargo planes landing at Mehrabad International Airport, he could hear sirens approaching. Beside him sat Dr. Najjar Malik, the highest-ranking nuclear scientist in the Islamic Republic of Iran and the most valuable defector to the Central Intelligence Agency in a generation.

Najjar stiffened. “Then we need to get off this road.”

David agreed. The problem was that every side street from here to the square was clogged with hundreds of other drivers trying to find their way around the logjam as well.

“We’re going to have to get rid of this car.”

“The moment a police officer runs these license plates, he’s going to come up with your name. We don’t want to be in the car when that happens.”

Without warning, David pulled the steering wheel hard to the right. He darted across two lanes of traffic, triggering a wave of angry honks.

Under no circumstances could he allow himself to get caught or implicated in the extraction of Najjar from the country. To do either would blow his cover and compromise all the work he’d done. The Twelfth Imam’s inner circle would never use the new satellite phones he’d just provided them. The MDS technical teams would be thrown out of the country. The CIA’s multimillion-dollar effort to penetrate the Iranian regime would be ruined. And given that Iran now had the Bomb, the CIA needed every advantage it could possibly get.

David heard a siren behind them. He cursed as he glanced in his rearview mirror and saw flashing lights about ten cars back. He guessed that a police cruiser had spotted his rapid and reckless exit from Azadi Road and gotten suspicious. Najjar, cooler than David would have expected under the circumstances, bowed his head and began to pray. David admired his courage. The worse things got, the calmer the man became.

The siren and flashing lights were getting closer. David turned the wheel, jumped the curb, pulled Najjar’s car off the congested street and onto the sidewalk, and hit the accelerator. Pedestrians started screaming and diving out of the way as David plowed through trash cans. The police cruiser was left in the dust, and David let himself smile.

The escape, however, was momentary. By the time they reached Qalani Street and took a hard left, another police cruiser was waiting. David wove in and out of traffic, but despite blowing through one light after another, he was steadily losing ground. Najjar was not praying anymore. He was craning his neck to see what was happening behind them and urging David to go faster. The road ahead was coming to an end. David suggested Najjar grab the door handle and brace for impact.

“Why?” Najjar asked at the last moment. “What are you going to do?”

David never answered. Instead, he slammed on the brakes and turned the steering wheel hard to the right, sending the car screeching and spinning across four lanes of traffic.

They were hit twice. The first was by the police cruiser itself. The second was by a southbound delivery truck that never saw them coming. The air bags inside Najjar’s car exploded upon impact, saving their lives but filling the vehicle with smoke and fumes. But theirs was not the only collision. In less than six seconds, David had triggered a seventeen-car pileup on Azizi Boulevard, shutting down traffic in all directions.

David quickly unfastened his seat belt. “You okay?” he asked.

“Are we still alive?”

“We are,” David said, checking his new friend for serious injuries. “We made it.”

“We needed a diversion.”

David couldn’t get out his own door. It had been too badly mangled. So he climbed into the backseat, which was littered with shards of broken glass, and kicked out the back passenger-side door. He jumped out of the car and surveyed the scene. It was a terrible mess in both directions.

The police car was a smoldering pile of wreckage. Gasoline was leaking everywhere. David feared a single spark could blow the whole thing sky high. Inside, the solitary officer was unconscious.

Using all of his strength, David pried the driver’s-side door open and checked the man’s pulse. Fortunately, he was still alive, but he had an ugly gash on his forehead, and his face was covered in blood. David pocketed the officer’s .38-caliber service revolver and portable radio. Then he pulled the officer far from the wreckage and laid him down on the sidewalk.

David hobbled back to Najjar’s car, realizing his right knee had gotten banged up worse than he’d first realized. He looked down and noticed his pants were ripped and that blood was oozing from his leg.