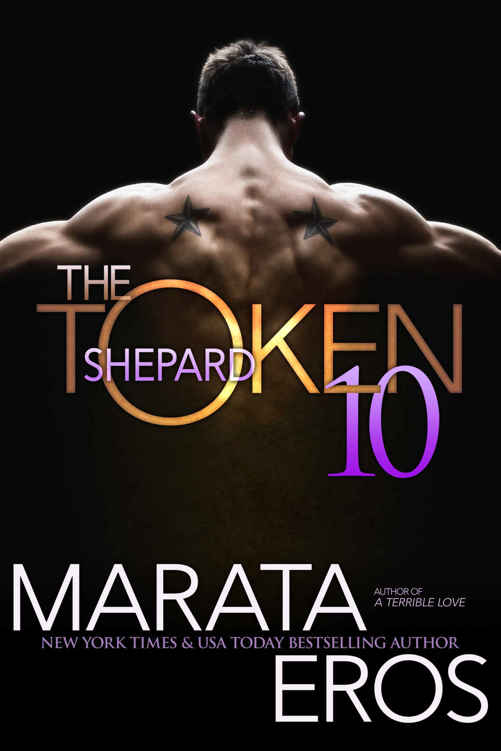 All Rights are Reserved.

This book is a work of fiction. The names, characters, places, and incidents are products of the writer's imagination or have been used fictitiously and are not to be construed as real. Any resemblance to persons, living or dead, actual events, locales, or organizations is entirely coincidental.

This ebook is licensed for your personal enjoyment only. This ebook may not be resold or given away to other people. If you would like to share this book with another person, please purchase an additional copy for each recipient. If you’re reading this book and did not purchase it, or it was not purchased for your use only, then please return to a legitimate retailer and purchase your own copy. Thank you for respecting the hard work of this author.

Burnt Down to the Embers

For making The Tokens come alive.

One of Many
(co-authored with Emily Goodwin)

Win FREE stuff—subscribe to my channel below:

Léo's hands are damp against the wood floor where he lies flat.

He always sweats when he hides from the men.

There are so many, and Léo, like so many of the other orphans, must hide better than the rest.

Léo wishes he were ugly. If that were so, then he would not be as tempting to the bad men who seek young boys.

Unfortunately, Léo has only his wits and intuition against men who are full grown. The handlers of the orphanage live on the outskirts of Paris. Unregulated. Above the law.

The orphans at this desolate place are the lost children of France.

Léo is almost thirteen but is already being groomed to be under the leadership of Roi, the literal king of the French mob. Roi does not like the taste of male flesh, or Léo’s last thought would have been literal and not figurative.

The handlers are here to plunder flesh—to break the spirit of any young boy who entertains independent thought.

Léo Dubois is not broken. He's fractured but not finished. He is the only survivor of the car accident that took his family and left him without a person in the world who loved him. He's lived in the corrupt orphanage since he was eight and been used in every way one human being can use another.

Léo will have his vengeance. The burn of retribution simmers brightly inside him, an eternal flame whose fire will not be snuffed out until Roi is dead—and all those who transgressed against Léo.

“
Je t'ai eu
,” a disembodied voice says above the skeletal bed he hides beneath.

Got you.
Léo automatically translates the French to English, clenching his eyes shut against the next hour or so of his future.

A hand snakes under the bed, and small flakes of rust fall like metallic rain as his prepubescent wrist is clamped and he is jerked, beginning to helplessly slide toward his abuser.

Léo grabs the underpinnings of the bed. The coiled springs trap and bite at his fingers.

He tightens his hold.

The man yanks him, and the bed goes with him. Fat rolling wheels squawk in protest from where they had been stationed against the plaster-coated wall.

When the blow comes on his forearm, Léo's so surprised he instinctively releases his grip. He's grabbed harder, and Léo can't reach anything, his free arm flailing for purchase and finding the nothingness of thick air.

He struggles to roll over onto his back, but Léo hasn't hit his growth spurt and is no stronger than a girl of the same age.

The man leers down at him, speaking in Léo's native English—badly.

A penis hits him in the forehead with a fleshy thwack.

Léo looks up, his eyes tallying the three men who wait, dicks in hand, for their turn at him.

Despair floods his psyche like poisonous water, and Léo gags as though he's drowning. Bile rises in a near-Pavlovian response to what he knows will happen.

“Look at the boy. He is so eager to suck us off he gets his gagging out of the way early.”

His torn rectum barely has time to heal from the last episode of gang rape before the new siege begins.

It does not matter that he is schooled in four languages by the finest instructors. That his food is of superior quality, his clothes of the finest variety.

This part of his education is something he can never recover from, but this will be his life until he graduates—numb, aloof, and compliant, like so many before him.

“He will not be so sweet when hair grows on his cock and face,” one man comments.

The other gives only a dark chuckle in reply.

Léo would bite that weapon of flesh if he thought he'd live through it.

Instead, Léo understands that if he fights, they will beat him without breaking bones. The technique is harder to execute than it sounds but more effective for the recipient of such abuse.

Crippling is their goal. As it has always been—as it will always be.

Léo had—
once
. While three different men took turns reaming him at nine years old, he called out for the woman who loved him without conditions.

But the dead cannot be resurrected.

Only the ghost of their care remains. The memory of his
maman
has sometimes been the only thing that sustained him.

Léo's vision is consumed by that sword of flesh, drawing nearer and nearer.

Sour sweat greets his nose, and the burn of unshed tears chokes him.

“Open,” growls the owner of the penis.

A tiny piece of him is eaten by the moment, spinning off to become another thread in the dismantling of his soul.

“I have a special cherry for you, my Shepard.”

Léo Dubois gives Roi, whose name is French for
king,
a bored glance and knots his fingers behind his lower back.

“Do not look so enthusiastic, or I shall not bestow you with her,” Roi remarks in perfect but thickly accented English.

Shepard waits.
A cherry is a cherry
. Another young woman stolen as a teen and given to him.

Shepard understands his role perfectly. Each of the former orphan boys was tasked within
la famille
based on aptitude and personality.

Roi thought Shepard was good at fucking, so naturally, that was
his
area.

But sex is not the only thing Shepard is good at.

All the orphan boys are given IQ and aptitude tests when their “training” is complete. Intelligence and areas of aptitude are duly cataloged and determined.

Shepard's intelligence was off the charts, as the Americans phrase it.

Léo Duboisʼs natural father was a brash American, a fact that made his “training” from the French men less soft. If such a thing were even possible.

Shepard hates all men.
I hate myself most of all.

He lifts his chin, a subtle gesture indicating he wishes to know more, when in actuality, indifference reigns supreme.

Roi's pale eyes rise to meet his own, appearing less vital when compared with the elaborate surroundings of the French Godfather. “This one is a debt.”

Shepard is intrigued despite himself. He frowns. Their gazes lock over the rich color of the walnut-stained wood desk.  “
Qui
?”

Roi slides an eight-by-ten color photo of a young girl, perhaps fifteen or so, across the highly polished surface that stands between them.

The glossy top facilitates the paper's flight. With a finger, Shepard stops the momentum before the photo can fly over the edge.

Shepard spins the photo around on the mirrored dark wood.

He stares down at the girl's image, sucking in a surprised inhale. His chest becomes tight almost instantly. She is beautiful in an exotic way. Dark hair, so black it looks like spilled ink from a well, cascades down to nearly waist level. Eyes like bright green emeralds are sunk into almond-shaped lids. A light dusting of freckles decorates a finely sculpted nose atop
café au lait
skin.

“Her real name is Juliette,” Roi offers as he drums his fingers within the silence of his office. He shuffles papers, already on to the next assignment. That Roi brought the next cherry to Shepard's attention is noteworthy. And Shepard does not discount anything out of the ordinary. He inspects all things that crop up unannounced. This young woman is more special than the rest.

Roi becomes aware of the cloistered silence and lifts his head, his glacial eyes meeting Shepard's over the papers. “She is beautiful,
non
?

Shepard nods slowly. She is undoubtedly lovely. But that is not what cinches his chest, knots his stomach, gathers his guts like a roiling tumble of chaos within—this Juliette.

She looks so much like the faded memory of his beloved mother, he can hardly breathe through the long-buried recollection.

Roi's light blond eyebrows rise high. “I have addressed you twice. You do not want to pick this girl—this cherry?” he asks in German.

Actually, from Shepard's perspective, the expression is one part grimace and two parts cruelty. Shepard has never witnessed a genuine expression from Roi. Everything he does is calculated, controlled—deliberate.

Roi gives a dark chuckle, his fingers now still of their rhythm. “I thought you were not
soft
, Shepard.”

Shepard smiles reactively. “I have no softness left, my Roi.”

Roi's eyes slit to sky-blue razors. “Then you do not object?”

Shepard fights his feelings for a moment, nonplussed that a teenage cherry could force that long-ago memory on him, and nods.

“Her name will now be Simone Balland. She is yours to fuck, train”—he waves his palm around—“and whatever else it is that you do to produce my fine mules.” Roi's eyes stray to the papers before him, which are more important than the human life that hangs in the balance.

Shepard schools his expression into one of neutrality. He has been abused.

Now he is in the role of abuser.

None of the females he shepherds are truly protected. He merely educates them in the tasks of their future: carrying drugs in their feminine trench. Fucking like whores—conducting themselves like ladies. Killing like assassins. Speaking like linguists.

It has been much to accomplish for someone Shepard's age. But the young learn quickly, especially under threat.

He is the right hand of the king of the French mob. Expectations are high.

The only thing Shepard wishes is to retire from this life. But to retire is to die.

No one leaves
la famille
and lives.

Shepard looks at the beautiful young cherry in the photograph, the shot clearly taken while she was unaware.

She is a fruit he must pluck. Another young life to destroy.

Shepard does not feel guilt or damnation from what he knows he must do. Instead, resignation and despair are the constant companions of the man he must be.

A man he was never destined to be.