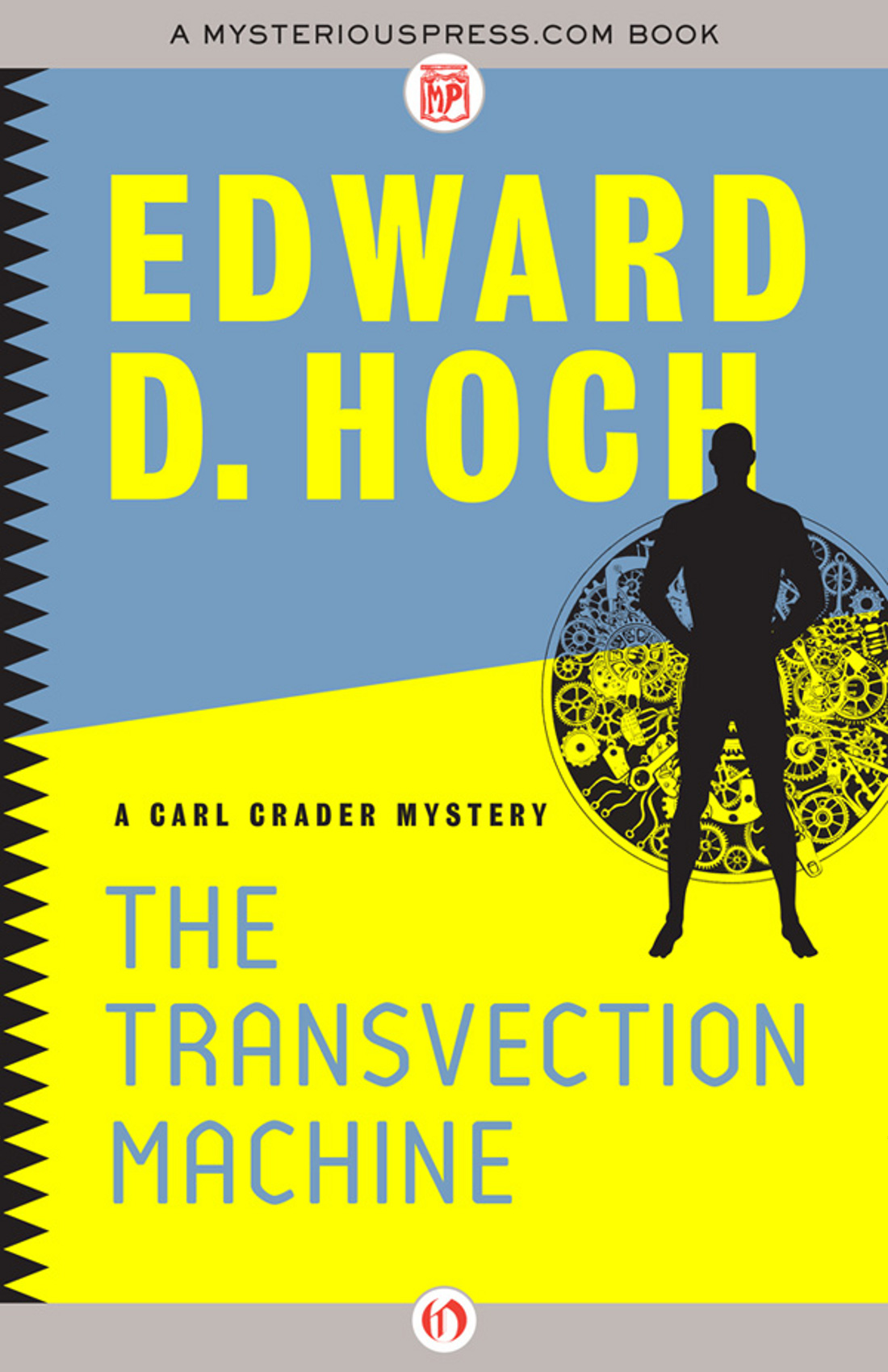 Preview:
The Fellowship of the Hand

H
E HAD ONLY JUST
reached his desk in the Cabinet Wing of the New White House when Maarten Tromp bustled in, carrying the Monday morning Space Dispatches, an expression of presidential consternation mirrored in his face.

“Vander, the president is quite displeased today.” When Maarten Tromp made an appearance it usually meant the president was displeased, because his job as special assistant was to keep the world and Washington and especially the New White House running smoothly. If there was no crisis, Defoe rarely saw Maarten Tromp. He was likely to be off playing aqua-golf with the speaker of the house, or spending a quiet weekend overseas with his latest London mistress.

Vander Defoe, used to it all after only five months on the job, sighed and asked, “What is it this time, Maarten?”

“More trouble on Venus. A man named Euler Frost, an exile, has escaped from the maximum security prison there. They think he may be headed back to Earth.”

Defoe blinked and thought about it. “But how does this concern me? The secretary of extra-terrestrial defense can hardly bother himself with the doings of one man, even if that man is a dangerous criminal.”

“Frost has ties to the Russo-Chinese,” Tromp explained patiently. “And to a revolutionary group here on Earth. He was exiled to the Venus Colony ten years ago, and we don’t want him back now.”

“He should be easy enough to keep out,” Defoe replied. “There’s only one ship a week from Venus to Earth.”

Maarten Tromp drew himself up, seeming to grow taller as he took on the authority for his next pronouncement. In that moment, Defoe could almost believe that he really was a direct descendant of Maarten Harpertszoon Tromp, a seventeenth-century Dutch admiral who sailed with a broom at his masthead in token of his ability to sweep the seas. Both the insolence and the fatuousness of the act were in keeping with the Tromp that Vander Defoe knew so well.

Defoe glanced down nervously at his hands, playing with the coins he always carried, making them multiply or disappear for his own amusement. He had indeed forgotten the transvection machine, the invention that had brought him from a tiny laboratory at the Kansas Research Center to his present position as secretary of extra-terrestrial defense. “Of course I haven’t forgotten it,” he grumbled defensively. “But the model on Venus is for test purposes only. You know it hasn’t been used to transvect a human being as yet.”

“But this man Frost could use it if he had to, couldn’t he? You told the president it was almost operational.”

Vander Defoe breathed a long sigh, deciding that life in the middle of the twenty-first century had problems all its own. “By almost operational, I simply meant that it was functional. I did not mean to imply the use of the word in its military sense—that is, on active service. The transvection machine on Earth has been used for a few experiments, but we have not yet transvected anything across outer space. As you’ll remember, a human being thus far has been transvected only a distance of 8,084 miles—from Washington to Calcutta—and even that was on an experimental basis. Millions more need to be spent before the transvection machine is in regular use.”

“But
could
he use the machine to escape?”

Defoe shook his head. “No. Tell the president there is no danger. First of all, our machine on Venus is not in the hands of the Russo-Chinese. I hardly think they would risk an extra-terrestrial incident simply to get one of their friends back to earth.”

That seemed to satisfy Tromp for the moment. He shuffled his feet uncertainly. “Very well, Vander. I knew you’d have an answer for him. I wasn’t really worried, but you know how I’ve backed you up through all this. It was I who got the president’s ear about the transvection machine in the first place, after I witnessed the test with the girl, and I who arranged for a test machine to be placed on Venus for your experiments. And you have the transvection machine to thank for your position in the president’s cabinet.”

“I know, I know,” Defoe replied with a tired voice. He was bored with the constant homage to Tromp’s position at the president’s ear.

Maarten Tromp started for the door. He paused with his hand on the push-plate and said, almost as an afterthought, “Maybe we can get together for a game of aqua-golf some weekend, Vander.”

“That would be fine, Maarten.”

“I’m shooting in the low hundreds now, you know. Beat the secretary of state last weekend.”

The door closed behind Tromp, and Vander Defoe sat for a long time in his chair, staring at the glowing radiant ceiling of his office. There was much to be done, and he knew he should be summoning secretaries and aides, but just then the powers of a presidential cabinet member seemed very far away indeed. He got up from his desk and walked to the wall, where a ten-color map of the USAC was prominently displayed. The United States of America and Canada—sixty-one states—comprised everything north of Mexico, with the exception of the tiny independent nation of French Canada. It was a vast land, almost as vast as Russo-China, and he was perhaps one of the twenty most important men in this land.

He’d come a long way from Kansas to Washington, a long way in a very short time. He wondered if he could ever go back. And wondering, felt the first faint cramps in his lower abdomen.

S
HE ROLLED OVER ON
the wide white bed, propped herself up on one elbow, and studied the naked man kneeling above her. Hubert Ganger was far from being the greatest lover she’d known in her thirty-one years, but he would do. His slim body was still firm, without any of the middleaged flab men past forty so often acquired, and with his close-cropped blond hair and beard he looked no older than her own age. Best of all, he knew how to please a woman—something so many twenty-first-century lovers had forgotten. Yes, she decided, he would do. He could be trained.

“How was that?” he asked, with a scientist’s critical eye toward his performance.

She smiled and allowed her eyes to close, purring softly. “Very good, Hubert. Now we’ll try it again, and I’m sure it will be perfect.”

She rolled off the bed and padded softly across the thick carpet to the closetier. In a moment she returned with the electric lance. “Here,” she told him, holding it out. “Put this on.”

“My God! I didn’t think anyone used these outside of male whorehouses!”

She smiled at his naiveté. He had so much to learn. In a way she pitied the former wife she’d never met. The poor girl must have had a boring marriage. “In fact, my dear Hubert, these are used in all the most sophisticated circles. Let me take my laudanum tablet and we can begin again.”

She swallowed the tablet with half a glass of water, watching with some amusement while he strapped on the electric lance. Then, stretching out on the bed once more, she allowed the drug to work its wonders. First, as always, came the agreeable, pleasant sensation about the region of her stomach, followed by a feeling of gay good humor. She was serene, she was assured, she was relaxed.

Her mouth was dry, and warm. Her skin shimmered as if efflorescent, as if about to burst into a thousand blossoms. She was riding the crest of a great wave, feeling the fullness of supreme bliss. He was bringing her to a completeness, a passion, she’d rarely known before. In that instant all the nights of her life seemed to telescope into one. She remembered the first boy in high school, and the male prostitute in New York, remembered her wedding night with Vander, and the first affair afterwards. She remembered Hubert, and the other two, and all the ones between, remembered them now in a single blinding orgasm that made her cry out in pain and fury and delight.

Later, when the tide of the drug had subsided and a bit of reason had returned, Gretel looked at him over the dull landscape of the sheets and said, “I do love a man with a beard.”

“Now suppose we talk about killing my husband.”

Gretel had met Vander Defoe when she was just out of college, at an age when the glamour of being a scientist’s wife was still capable of making a profound impression on her unworldly self. Defoe was twenty years older than she and perhaps a half-century wiser, but each of them seemed to fill a need in the other. For Gretel it was the exposure to a world of science and invention, the knowledge that she was sharing her bed and body with a man who had visited the Venus Colony last year, had dined with the president last month, had sipped cocktails with a Nobel Prize winner just last night. For Vander it was, perhaps, the eternal attraction of a young and vigorous female—someone to rescue him from the deepening depressions of middle age. His first wife had died in a freak accident on the sea-rail to Jamaica, and he was ready to marry again. More than ready, he needed to marry again.

There was no problem about children, because she fully shared Vander’s support of government child clinics. Their life during those first few years had been all she’d dreamed it would be. Once, on vacation, he’d taken her to the Moon Colony for a week, as guests of the technician general at the laboratories there. She’d talked about it for a month on her return, filling endless boring luncheons with descriptions of the bleak lunar landscape and all that was being done by the USAC technicians to improve it.

And then there had been Hubert Ganger and his ideas for a transvection machine. Ganger and Defoe met at a seminar in Krakow on the subject of improved transportation methods, and they became immediate friends. Vander Defoe liked the theory behind the transvection machine—the idea of transporting objects and animals, and ultimately humans, through the air at the speed of light. It was a theory, he’d told Gretel, that could revolutionize transportation. It could even revolutionize warfare.

Defoe and Ganger had formed a corporation together, working out of leased space at the Kansas Research Center, and gone to work on the practicality of the invention. With colonies on the Moon and Venus, the government was especially interested in whether humans could be transvected not only between points on Earth, but through outer space as well. Defoe maintained they could be, while Ganger felt that his system was still theoretical, especially regarding outer space.