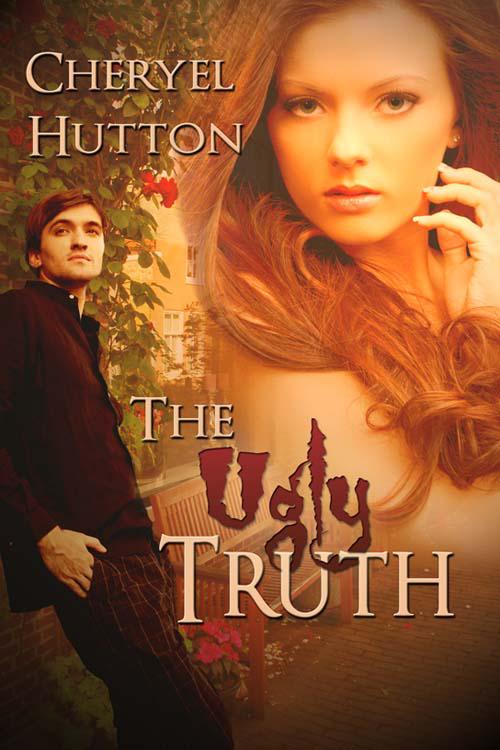 wish you were here to enjoy this with me.

Thank you to the

I gaped up at the banner draped across the front of Ugly Creek High School gymnasium. How had I let myself get talked into coming to this thing? I needed my head examined, that was for sure.

Me? I’m Stephie, and somebody else’s reunion is
so
not my idea of a fun time.

“Welcome to the reunion.” A guy with blond hair and wire-framed glasses smiled toward me. The long table he stood behind was covered with nametags, flyers, and programs.

I turned to my companion, only to find she wasn’t there. “Excuse me a minute,” I said to the handsome gatekeeper, and headed back to the big double doors. She was there, cowering near the entrance.

“Come on, Maddie. This is your gig. I’m only riding shotgun.” I tugged on her arm, and she literally dragged her feet as she slowly walked into the gym.

I resisted the urge to roll my eyes. Barely. “No, you’re not. You’ll be fine.”

I caught sight of Maddie’s face and decided to rethink the situation. I figured the green tint of her skin was due to the bad lighting, but what if I was wrong? “Take deep breaths,” I told her, for lack of any other useful advice.

“Oh, Stephie! It looks exactly like it did ten years ago.”

I looked more closely and realized there was a hint of wildness in those big blue eyes of hers. If she got hysterical, I had an obligation to slap her to calm her down, right? Then again, that might not be such a good idea—she had an awesome right hook.

“All school gyms look alike,” I told my green-around-the-gills friend. Why do they say that anyway? It’s not like people actually have gills.

Maddie pointed to a sign stenciled on the back wall in huge green and black letters,
Ugly Creek High School, home of the Gators
. Below it, a humongous green alligator was drooling to devour the other team. Any other team.

I put a hand on her shoulder. I’d never thought of Maddie as anything but strong and determined, but she seemed on the verge of a meltdown. “I’m going to get you through this week of high-school-reunion-slash-Big Foot-Festival.” I would too. I owed her big time.

“I really don’t think I can do this.”

“Yes, you can.” Personally, I was sure envy-inducing Madison, tall, blonde, self-assured woman with a great fashion sense—in other words, the opposite of not-envy-inducing me—would be fine in any situation.

I realized I had to do something before she lost it. The way I saw it, my options were to slap her, distract her, or throw her over my shoulder and head for the door. Since slapping her did seem a little mean, and since I’m only five-two, I knew I’d never get her Amazonian bod to the door. Distraction seemed the best choice.

“When do I get to meet a Sasquatch?” I asked, eyes innocent, grin sternly quashed.

Maddie groaned. “How many times have I told you? The Big Foot Festival was named after the town founder.”

“They seriously named a festival after the guy’s big feet? Sounds insulting to me.” Distracting her was working. Yay for me.

“His feet were
huge
, okay?” There was exasperation in her voice.

I pretended to think a moment. “I bet he had a tiny car.” I leaned closer. “A big red nose, a white face, and a multicolor wig.”

“I told you, Stephanova,” she said, her voice quiet
,
“There are no legendary creatures in Ugly Creek.”

By this time, I’d managed to pull her over to the table again. Me, the girl with the crazy brown hair and the sundress without a designer tag, had managed to get my fashion-conscious friend to the check-in. Whew, crisis averted.

“Maddie?” the guy with glasses asked, though it was obvious he knew her. “How are you?”

Then they leaned across the table to hug. I guess she was all better now. He gave her a nametag, while they talked rapidly about things I knew nothing about—and didn’t want to. He shoved a yellow “visitor” tag my way, along with a black marker. “Would you mind?”

He asked nicely and smiled, so I wrote “Stephie” on the tag and hung it around my neck. My name is really Buffy Stephanova, but that’s nobody’s business but mine. I’m not a vampire slayer, or a bitchy rich girl.

“Liza!” Madison shrieked and took off toward the squeal.

My ears rang as I watched as Madison and a slightly shorter blonde grabbed each other and proceeded to shriek, squeal, and jump up and down. They reminded me of two odd, and loud, birds.

I aimed my camera toward them and shot some pics for my friend. And yeah, my amusement.

The squealers turned toward me, and I used my Nikon to hide the wide-eyed-oh-my-God-they’re-headed-this-way expression. Luckily, as a photojournalist, I’m used to operating in the line of fire.

Still, dodging a livid senator or celebrity I did all the time. The closer Maddie and her friend got, the more this felt like strip poker. And I was losing.

I used every tactic I’d ever learned as a terminally shy, stumbling-through-her-career photojournalist, and by the time Maddie and her friend got to me, the compulsion to race out of there and back to D.C. had lessened to heart-pounding apprehension.

I lowered my camera and hoped I didn’t blow chunks right there in the middle of the Ugly Creek High School’s ten year anniversary meet and greet.

Why was it again I had felt the need to go to somebody else’s reunion?

“It’s nice to meet you, Stephie. Every time Maddie writes or calls she mentions you.” She tipped her head to one side as she eyed my yellow visitor tag. “Odd, she’s never mentioned your last name.”

And then I remembered. I was there to support my best friend and reliable confidant, Madison Clark. I smiled her way and she gave a little wink to let me know she knew I knew she had kept quiet, and this Liza wasn’t on any need-to-know list.

“So what is your last name?” Liza asked.

And quick with the connections. Again like Maddie. I was irritated, but I couldn’t help but admire this chick. “Yep.”

Liza leaned her head to one side. “What’s your first name?”

Okay, game over. I opened my mouth to tell her it was none of her damn business—in a polite way, of course—but I didn’t get the chance.

“Nobody knows,” Maddie said. “Rumor has it a couple of people found out, but we don’t know for sure because they mysteriously disappeared.”

Liza snorted, but didn’t push the issue. “Maddie tells me you’re a photojournalist.”

“Yeah, we both work at
Capitol Spy Weekly
,” I felt a familiar twinge when I said the name. Just because it was a D.C. tabloid didn’t change the fact that it was, in fact, a tabloid.

“Do you work together, doing the reporter and photographer thing?” Liza asked.

“When we’re lucky,” Madison said. “And we have a blast when we do.”

Before we could get into the talking about the job section of our conversation, the blond guy from the welcome table walked up and draped an arm around Liza.

Liza turned an admiring face up to him while sparks flew around the room. She still had a spellbound gaze when she said, “Stephie, this is my awesome husband, Steve.”

I held out my hand, and he gave it a shake. “Nice to formally meet you,” I said.

Maddie giggled. “Oh, I see Johnny Bright over there, and I do believe he has the worst comb-over in the history of the world.”

Liza slowly pulled herself away from her man. “Let’s go check him out.”

Liza and Maddie headed toward the eleventh wonder of the high school reunion world, leaning close and giggling like the teenagers they were ten years ago.

“Madison is all Liza’s talked about for months.”

I turned to the nametag guy, who still stood near me. As I moved, I caught sight of his nametag. Steve Zapata.

I recognized the name, and immediately shoved my size-seven-Italian-made-sandals-that-I’d-discovered-at-a-thrift-store into my overanxious mouth. “You’re ‘Shoe’.”

Had I really just said that? I did the whole wishing I could go through the floor, the ground, maybe check out China. “Oh, God, I’m so sorry! I don’t know why I said that.”

Steve chuckled, while my face cooked in its own heat. “It’s okay. I’m quite sure Maddie has told you all about me, and how I got my nickname.”

“She said it was in Spanish class. Zapata,
zapato
.”

He used one finger to nudge wire-frame glasses up his nose. “Close enough to the word for ‘shoe’ to be funny to Maddie, Liza, and approximately three hundred of our closest friends.”

“I guess I never really got that you were the guy who married Liza.”

He gazed across the big room toward Liza with a little smile of contentment and an admiring expression of his own. “Yep, I’m the lucky man.”

The love I saw in his eyes gave me the warm fuzzies. It also, I am ashamed to admit, sent a small dose of jealousy through me. I wanted a man to look at me like that. Ridiculous, I know, but sometimes I get these romance novel ideas. Like that kind of stuff ever happens in real life. But then, the way Steve looked at Liza...

I clicked off a couple of shots, both to catch the moment and to cover the pathetic longing expression I feared covered my face. I’d embarrassed myself quite enough for one reunion.

Something about the resonant baritone played tingles of a happy song up and down my spine. I looked toward the source of the remarkable voice, and damn near dropped my camera. Handsome. Sexy. Dark. Well-built. With a smile that could knock a girl off her sandals and all the way into the realm of lusty infatuation.

“Figured I might as well make an appearance, prove I’m still breathing.”

His gaze caught mine, and I swear I heard birds singing. Then he grinned. Full lips, straight teeth, the cutest little dimple near one side of his wonderful mouth. I thought I was gonna melt.