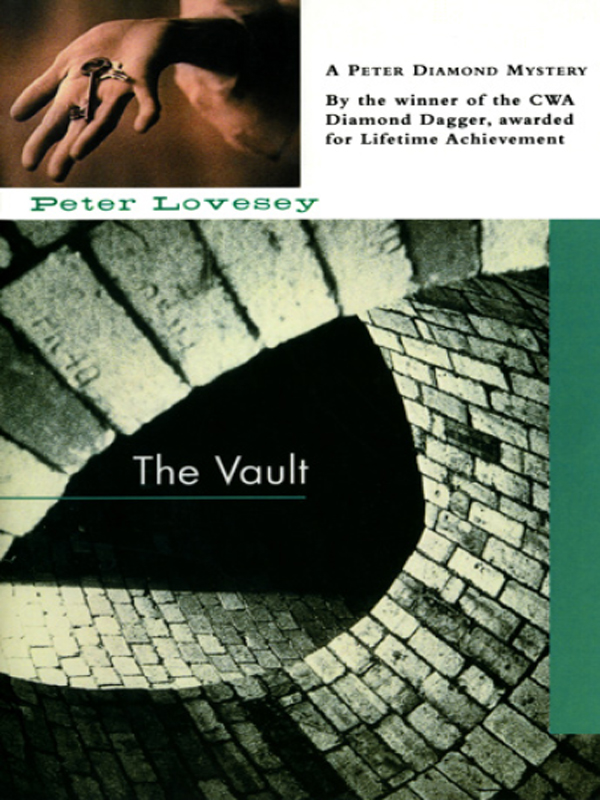 INVITATION TO A DYNAMITE PARTY

A CASE OF SPIRITS

BERTIE AND THE TINMAN

BERTIE AND THE SEVEN BODIES

BERTIE AND THE CRIME OF PASSION

UPON A DARK NIGHT

BUTCHERS AND OTHER STORIES OF CRIME

THE CRIME OF MISS OYSTER BROWN AND OTHER STORIES

DO NOT EXCEED THE STATED DOSE

First published in the United States in 2000 by Soho Press Inc.

First published in Great Britain in 1999

by Little, Brown and Company

SOME WEIRD OBJECTS ARE handed in at Bath Police Station.

WPC Enid Kelly, on desk duty this afternoon, sneaked a look at the Asian man who had brought in a pizza box. She was sure of one thing: it didn't contain a pizza. She just hoped it wasn't a snake. She had a dread of snakes.

The man had the black tie and white shirt of a security guard. He lifted the box up to the protective glass partition. No air-holes. Officers on duty learn to watch out for any container with holes punched in the top. But there was a bulge. Something bulkier than a pizza had been stuffed inside. Bulkier than two pizzas. "This I am finding at Roman Baths."

The man glanced at the other people in the waiting area as if they might not wish to hear. Leaning closer to the glass, he said, "Can I pass through?"

Enid Kelly turned for support to the sergeant filling in a form at the desk behind her. He came to the glass.

"What have you got here, sir?"

"Some person's hand, I am thinking."

"No, no, no. My lunch was in box. Tomato and mushroom pizza. This was best thing I could find to carry hand in."

"Let's see." The sergeant unfastened the security panel and the box was passed through. It felt too heavy to be a hand. But how can you tell how much a hand weighs on its own?

He opened one end. "It looks more like a chunk of concrete to me." He let it slide out onto the desk.

"Ugh!" said Enid Kelly, beside him.

The hand was skeletal, enclosed in a thin casing of concrete or cement that had partially collapsed. Some of the small bones had broken off and were lying loose. Shreds of what looked like dry skin tissue were attached. It could have passed for a damaged piece of sculpture.

"Where exactly did you find it, sir?"

"In vault. I am stepping on floor and my foot sinks through."

"Down in the Roman Baths, you said?"

"This was not exhibition area, sir. This was vault."

"So you said. What do you mean by vault? A cellar?"

"Cellar—what is that? Excuse my poor English. I am doing security check this morning. My first week in job. I have strict orders from head man, Mr Peacock. 'You visit all parts of building. All parts. Go through entire building every day.' "

The sergeant picked up the thing and felt its weight again. "So is it Roman?"

The sergeant didn't commit himself either, except to suggest nobody else went down into the vault until the matter had been investigated.

THE BONY hand, resting on its pizza box, was deposited on Detective Superintendent Peter Diamond's desk.

"The thing is, sir, we don't know if it's a matter for us," the sergeant explained. "It was found at the Roman Baths."

"Give it to the museum."

"It wasn't in the Roman bit. This vault is part of a later building, as I understand it."

'Later than Roman," said Diamond in a tone suggesting he could have said more, but needed to press on. "Where exactly is the vault?"

"On the Abbey side, below street level."

"Not a street, in point of fact," the sergeant said. "That square in front of the Abbey."

Diamond spread his hands as if no more needed to be said.

Plainly something did need to be said. "If you're looking for old bones, where do you go?"

The penny dropped. "Funny," said the sergeant. "Being paved over, I never think of it as a churchyard. You can use a word a thousand times and never give a thought to its meaning."

The wisdom of this failed to impress Peter Diamond. "Leave it with me. It'll come in useful as a paperweight." Seeing the shocked look this produced, he added, "And Sergeant "

The sergeant's attempt at a laugh was unconvincing.

Diamond leaned back in his chair. He was ready with a dozen more hand jokes. Twenty, no problem, he thought bleakly. Without a murder to occupy him, he could spend the rest of the afternoon playing word-games. Life at Manvers Street had become a doddle in recent weeks. His murder squad urgently needed some employment. A bony relic from the Roman Baths was unlikely to produce much of that. The most exciting event all summer had been a bomb scare in the Pump Room. An abandoned briefcase had been spotted there one Friday morning. The centre of Bath, the Abbey and the Roman Baths, was cordoned off, causing maximum disruption. The army bomb disposal squad was summoned from Salisbury. The experts decided on a controlled explosion. A robot trundled across to the suspect briefcase. The blast brought down part of a chandelier and showered the Pump Room with cut glass and fragments of Offenbach and Chopin. The briefcase had belonged to one of the Pump Room musicians.

When the desk sergeant had gone, Diamond took another look at the hand. If it was ancient, how had it come to be encased in concrete? Just to be sure, he arranged for the thing to be delivered to the pathologist at the Royal United who generally dealt with unidentified bodies.

A MAN IN A cream-coloured linen suit and panama hat stood mystified in the flagged open space in front of Bath Abbey. The West Front with Christ in Majesty above the Heavenly Host and the ascending angels was lost on Professor Joe Dougan. For the past ten minutes he had paced the perimeter of the square staring at the shopfronts, oblivious of the people at the cafe tables, the crocodile-files of children waiting to tour the Abbey and the crowds cheering the buskers juggling with flaming torches. Shaking his head, he went over to one of the benches in the centre, where a woman was cooling off with an ice-cream.

"What do you expect in the middle of August?" said his wife, pencil-thin and with a faint blue tinge cast by her great kingfisher-coloured straw hat from Selfridges. "You're going to get tourists any place this time of year."

"Not the tourists." The professor took off his polaroids and gave them a wipe. "I was making a point about the entire British nation."

"So what's the problem?"

"The crazy way they use numbers. You walk into a store and ask for something and they point upstairs and tell you it's on the first floor."

"I know, I know. I'm just remarking on the logic, or absence of it. This place is the Abbey Churchyard, am I right? Am I reading the map right, Donna?"

"It says so on the sign over there, Joe."

"Okay, we agree on that. The Abbey Churchyard. I can overlook the fact that it doesn't look one bit like a churchyard."

"There must have been tombs here one time," said Donna.

"We could be right over someone's grave."

Now that it had been drawn to Donna's attention she didn t like it. "I'm eating an ice-cream and there could be a dead person under here."

Joe carried on as if he had not heard. "I don't understand the way they number the houses, when they number them at all. That's number six over there." He was pointing to the optician's under the Georgian colonnade at the entrance to the yard. "It has no number that I can see, but the lady inside told me it's definitely six. And the restaurant next door is seven. Terrific—they actually have a number over the entrance. The English Teddy Bear Company must be eight. Abbey Galleries is nine. We have rising numbers, right?"

Donna indulged him with a nod.

Joe came to the crux. "So what did they do with number five, Abbey Churchyard? Do you see it?"

Donna turned her head through the limit of its movement. "Honey, I don't believe number five is here."

Joe said with all the authority of Dodge Professor of English at Columbus University, "It has to be here someplace. They wouldn't start with number six if they don't have one through five, would they?"

Donna gave a shrug. "This is England. Maybe they would."

Joe sighed. "Is it possible they lost some buildings?"

"Lost them? How would they do that?"

"That was half a century ago. Don't you think after fifty years they'd change the numbers if some shops were taken out in the war?"

Joe seemed to be accepting defeat. Donna took another look around. Behind her, the eighteenth century Pump Room and the entrance to the Roman Baths extended along the entire south side, a grand design of columns, pediments and balustrades. "All these places look old to me."

Joe slumped onto the seat beside Donna and was silent for some time. The activity around them continued. Appreciative screams rewarded an exceptional feat of juggling. A woman holding aloft a walking-stick with a blue scarf tied to it was addressing a group of tourists, pointing out the features of the Abbey front.

Donna said, "You could ask the guide over there."

"She doesn't know—or doesn't want me to know. This is not information they like to give out. Don't ask me why. They don't list it in the guidebooks. It isn't in any of the histories we bought in the book town."

The book town. Remembering, Donna took a solid bite of ice-cream that made her eyes water. Five days before, Joe had insisted they visit Hay-on-Wye, on the border of England and Wales, where he had heard there are more used books on sale than any place else in the world. While her culture-vulture spouse had gone from shop to shop picking up treasures, Donna had ruined her shoes in the rain looking for a hairdresser who would fit her in without an appointment. No chance in Hay. She had passed the rest of that afternoon drinking lukewarm tea in a succession of dark teashops smelling of damp retriever dogs.

Joe was still fretting. "This is something British I don't understand, like they're ashamed of what happened here. If we had number five, Abbey Churchyard back home in Columbus, you can bet we'd have a board outside and a souvenir shop in the hallway."

Donna said with a slow smile, "And a theme park out the back."

"All I want is the satisfaction of knowing which building it is."

"That would be asking too much."

"I guess so many famous people lived in this city that they don't trouble with plaques."

"That isn't so. They put them up for the names they want to honour. Jane Austen, Lord Nelson."

Donna shrugged. "Seems to me they don't want anyone to know what happened in number five."

A Will and a Way by Maggie Wells
The Accidental Assassin by Nichole Chase
Beauty and the Cowboy by Nancy Robards Thompson - Beauty and the Cowboy
Mad Addiction (Crazy Beautiful #2) by Jessica Huizenga
Leverage: Pt 1 by Andria, Alexx
Near Death by Glenn Cooper
The Book of Love by Lynn Weingarten
Sisters in Law by Linda Hirshman
The Curse of Naar by Joe Dever
Hot to the Touch by Isabel Sharpe
Our partner