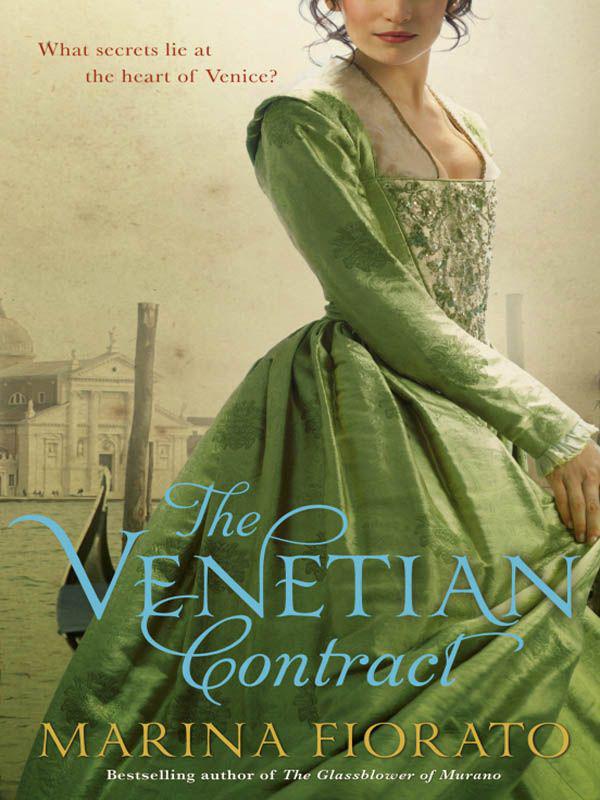 The Glassblower of Murano

The Madonna of the Almonds

The right of Marina Fiorato to be identified as the Author of the Work has been asserted by her in accordance with the Copyright, Designs and Patents Act 1988.

All rights reserved. No part of this publication may be reproduced, stored in a retrieval system, or transmitted, in any form or by any means without the prior written permission of the publisher.

All characters in this publication – other than the obvious historical figures – are fictitious and any resemblance to real persons, living or dead is purely coincidental.

To Ileen Maisel, who first suggested that I write about Palladio

When the Lamb opened the fourth seal, I heard the voice of the fourth living creature say, ‘Come and see!’ I looked and there before me was a pale horse! Its rider was named Death, and Hades was following close behind him. They were given power over a fourth of the earth to kill by sword, famine and plague, and by the wild beasts of the earth. 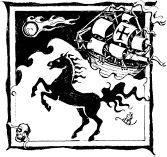 S
ebastiano Venier, Doge of Venice, gazed from the stone quatrefoil window, with eyes that were as troubled as the ocean.

His weather-eye, sharpened by many years at sea, had seen the storm approaching for three days, clotting and clouding on the horizon and rolling in across the sickly amethyst waves. Now the maelstrom was here, and it had brought with it something more malign than ill weather.

With his flowing white beard and noble countenance, the Doge had been immortalized by Tintoretto and been compared to Neptune who also ruled a seabound kingdom. He had even, in hushed tones, been compared to the Almighty. A profoundly devout man, the Doge would have been deeply troubled, for different reasons, by each comparison; but today he would have given anything to have the omnipotence to save Venice from her darkest hour.

He watched as six figures, huddled together against the elements, hurried along a dock already glazed with water at every flow of the tide, the ebb tugging at the hems of their black robes. The cloaks and cowls gave them a monastic look, but these six men were men of science, not religion. They dealt in life and death. They were doctors.

As they drew closer he could see their masks clearly;
bone-white beaks curving in a predatory hook from the dark cowls. The masks were frightening enough, but the reason for them even more ominous.

They were his
Medico delle Peste
. Plague doctors.

They were six scholars, men of letters from good families, all schooled at the best medical academies, one for each of the six
sestieri
of Venice. To see the Doctors together was an ill omen. Doge Sebastiano Venier doubted that they had ever even met together before; and they seemed to him to swoop like a murder of crows at a graveside. Perhaps his own. His shoulders dropped for an instant; he felt very old.

He watched the doctors wade along the peerless Riva degli Schiavoni, one of the most wondrous streets in the world, and knew that any minute now they would enter his great white palace. The Doge’s skin chilled as if sea-spray had doused him. He leaned his head against the cool quarrels of glass, and shut his eyes for one blessed instant. If he hadn’t done so, he might have seen a Venetian galleass sailing swiftly away on the dark and swelling waters; but he did close his eyes for a couple of heartbeats, just to be still and breathe in the salt ether.

The smell of Venice.

Sebastiano Venier straightened up, reminding himself who he was, where he was. He looked at the delicate stonework of his windows, the finest Venetian glazing keeping the thunder of the sea from his ears. He looked up, tilting his noble head to the ceiling and the peerless frescoes of red and gold painted over hundreds of years by the finest Venetian artists, covering the cavernous, glorious space above. And yet, all the riches and the glory could not keep the Pestilence from his door.

The Doge settled in his great chair and waited for the
doctors to be announced. They filed in, dripping, and semicircled him like vultures, the red crystal eyepieces set into their masks glittering hungrily, as if ready to peck the very flesh of him. But the moment they began to speak, the Doge ceased to be afraid of them.

‘We had expected it, my lord,’ said one. ‘In the botanical gardens of the
Jesuiti
, there have been of late unusual numbers of butterflies – hundreds upon thousands of them.’

Dogfight: How Apple and Google Went to War and Started a Revolution by Vogelstein, Fred
The Armada Boy by Kate Ellis
First Date by Melody Carlson
Twisted World: A Broken World Novel by Mary,Kate L.
The Carnival at Bray by Jessie Ann Foley
Lady Windermere's Lover by Miranda Neville
Down Under by Bryson, Bill
Hush by Jacqueline Woodson
Treasuring Amber: The Temptation Saga: Book Five by Hardt, Helen
Sweet Seduction Sabotage by Nicola Claire
Our partner