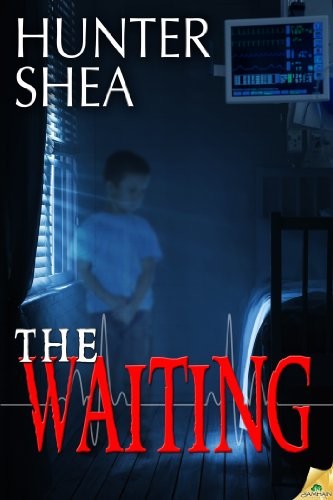 This one is for the friends, family and fans who have supported me from day one and beyond.

The pain lanced through Cassandra’s stomach and sheared its way down deep into her bowels. If she hadn’t already had her appendix taken out when she was in high school, she would have sworn it had just burst like a cherry bomb. Her lungs convulsed and she drew in a long, ragged breath.

Keep walking
,
Cass
.
Just a few more pictures and you can sit for a while until everyone gets to the reception.

She felt someone grab her arm. Marybeth, her maid of honor and best friend, wiped the beads of sweat from Cassandra’s forehead with her finger.

“You okay? You look a little pale,” she said.

Marybeth reached into the bustline of her red satin gown and pulled out a handkerchief. She used it to dab the fresh spots of perspiration that had broken out across Cassandra’s face.

“I’m fine,” Cassandra said. “I think I have a little indigestion. I’ll be all right.”

Marybeth gave her a dubious look. “You haven’t eaten in over 24 hours. You’re probably starving. Or—”

Her bridesmaid Andi pulled up alongside her and whispered, “Or we got you and Brian before the priest just in time.”

Marybeth and Andi chuckled, giddy from all the hoopla of their first wedding. Cassandra always seemed to be the first to take the big plunges. First to get a boyfriend. First to get a job—as a cashier at a dollar store. First to lose her virginity—to Sean Foster in the summer before her senior year. First to get engaged and now the first one to get hitched in their small but tight circle.

And now she was going to be the first bride to throw up all over her expensive gown.

“Believe me, it’s not that,” Cassandra said. “I think it’s nerves. I haven’t been feeling right the past few weeks. I just want to get through tonight so I can relax on our honeymoon.”

She smiled, and that seemed to be enough to take their minds off her pain.

“Andi, can you please find Brian and the boys so we can take these last pictures?”

Everything was forgotten when Brian turned the corner. He looked so handsome in his black tux and rose tie. His thick brown hair was held in place with just enough gel to last through a long day. His cobalt eyes fixed on her, and she could see their future in them.

She’d never once doubted her decision to marry Brian; never had an instant of cold feet. It was just all the other craziness that went with a big Italian wedding that must have given her an ulcer.

Brian pulled her close and kissed her softly on the lips. He whispered in her ear, “Honey, I know you look amazing in that dress, but I can’t wait to get you out of it tonight.” He nibbled her earlobe. It made her forget the fire that had erupted in her stomach.

“You better be patient, because this is not an easy dress to get off.”

He laced his arm around her waist and kissed the top of her head.

“Okay everyone, line up by the fountain out back,” Preston, the world’s most irritating photographer, blurted. He wore coke bottle glasses and had a waxed mustache that curled at the ends.

The reception hall was on a rise overlooking the Hudson River. The striated cliffs of the Palisades on the Jersey side of the Hudson provided the perfect backdrop for their wedding party photos.

“We better do what Salvador Dali says,” Brian said.

Everyone laughed. It had been a rough couple of hours, being ordered into ridiculous poses when all they wanted to do was dance and drink and celebrate. Preston shook his head at them, his hands on his hips, and walked off in a huff.

Brian led Cassandra off the dance floor and back to their positions of honor at the dais. They watched his groomsman, David, try to do “the worm” and almost take out a couple of Cassandra’s older aunts in the process.

“Someone should really cut him off,” Brian joked.

“Look at Aunt Jean’s face,” Cassandra said, laughing until tears came to her eyes. “Remember not to invite them to Sunday dinner at the same time.”

“You know, back in college, Dave was the king of the dance floor.”

She looked at him with disbelief. He couldn’t keep a straight face. They broke out in a fresh round of laughter.

“I’m so glad you’re not a good liar,” she said, pulling him in for a kiss. His lips tasted like wine.

“And I’m glad I have you. In fact, I’m so happy that I have the most beautiful bride in the world that I’m willing to sign you up to a ten-year deal right off the bat.”

Growing up, Brian had been a baseball phenom. Right after college, he was picked up by the Cincinnati Reds and worked his way through their farm system. She stayed with him through several small towns, a baseball wife-to-be. He was a left-handed pitcher with a rubber arm that could hurl a wicked curveball that brought lefties to their knees.

Then one day, the rubber snapped, and that was that. No more games. No more traveling on buses to tiny baseball towns. He got a job as a high school coach and they were able to settle back home in the Bronx and reunite with their families. He never regretted a thing and didn’t complain. He may not have been able to play it like he once did, but the game was in his blood.

Brian liked to equate the stages of their relationship in baseball terms. It was their private joke.

“What do I have to do to get an extension?” she asked.

“Well, naturally, you have an opt-out clause around the seventh year. I think they call that the Itch Clause, but I’d advise against using it. At that time, we can renegotiate. You play your cards right, we can get you another multi-year deal.”

She kissed him again. After seven years, he still made her heart flutter.

The sound of silverware clanging against glass egged them on to kiss a little longer, and that was fine by her.

The DJ faded the music out and announced, “Ladies and gentlemen, please take your seats while the happy couple, Mr. and Mrs. Brian Pagano, cut their wedding cake.”

“Come on, babe,” Cassandra said, pulling him off the dais. “And promise you won’t smash it all over my face.”

Brian only smiled. That could mean anything.

The four-tiered cake was on a table that was wheeled over to them by a pair of waiters. Between each layer was a ring of red and pink edible roses. The table was decorated with real rose petals. The DJ played “The Bride Cuts the Cake” and everyone clapped along.

Brian placed his hand over hers and they made the first slice. It was put on a plate for them and they were each given a fork.

“Remember, you want to see me out of this dress tonight,” Cassandra said, grinning.

“Oh, I do,” Brian said. He gingerly placed a small forkful of cake in her mouth. As she chewed, he swiped a dollop of icing on his finger and plopped it on her nose.

“See, that wasn’t so bad,” he said. Everyone applauded and laughed.

“Now it’s my turn,” she said. She gathered a heaping portion onto the fork.

Brian’s eyes lit up and he opened his mouth as wide as it would go.

Their families and friends cheered her on.

The pain in her abdomen came on like a gunshot. The fork fell from her hand and she collapsed on the floor.

The burning agony was so intense, she couldn’t draw a breath, couldn’t even cry out in pain.

Something just exploded inside me!
Brian, please help me!

Cassandra pulled her knees toward her stomach but nothing could stop the relentless crashing waves of torment. A sickening heat flooded through her and she started to go numb. She heard the startled cries of everyone in the reception hall. Brian cradled her head in his lap and brushed his hands across her face.

“She can’t breathe,” he shouted.

Cassandra felt pressure on her neck. It was too hard to make out the shapes of the throng of people that had gathered around her. Their faces blurred. Their voices echoed in the deepening distance.

Her stomach pulled into a tight knot, and she felt hot bile rocket up her throat, singeing every tissue in its wake.

She thought she was crying.

And then even thought was robbed from her.

Brian’s heart stopped. He tried to swallow but it felt like his throat had closed off. Alice Torre, his mother-in-law of seventy-plus hours, gripped his arm as they rose from their chairs.

The surgery was supposed to take two hours, three tops. At least that’s what they had been told ten hours earlier. Other families had come and gone during that span, leaving with relieved smiles. Brian and Alice were the only ones left.

“Is…is she ok?” Brian stammered. His mouth had trouble forming the words, each one thick as molasses.

Dr. Patel placed a hand on his shoulder. “She’s in recovery. I want to keep her sedated for now.”

Brian’s head spun and for a moment, he thought he was going to fall back into the chair. He felt his muscles release the tension that had been building since the moment Cassandra had passed out at the reception. He had to bite his lip to hold back a wave of tears.

Alice asked, “What happened to her? Why did it take so long? Is she going to be all right?”

The doctor motioned for them to take a seat.

“I’ll be honest with you,” he said, “we didn’t expect to find the massive amount of damage to her bowel system that we did. At first, I thought it was an intestinal blockage, which
was
part of the problem. Was she complaining of abdominal pains before the wedding?”

Brian shook his head. It was hard to concentrate on everything the doctor was saying. He’d never felt this drained before.

“She did mention a stomach ache a few times over the past month, but I just assumed it was nerves. And she was starving herself to fit in the dress. Did that have something to do with it?” Alice asked. She had pulled her hands into her lap and pressed her thumbs together until the tips were white.

“I can assure you, a pre-wedding diet wasn’t the cause. When I went in to target the area where we had located the blockage, I found gangrenous abscesses throughout her entire digestive system. We had to remove her lower intestines to find the root of the problem. Her ileum, which is located at the very bottom of the lower intestines, had ruptured. It must have happened some time ago for gangrene to set in.”

Neptune's Lair (sensual paranormal romance) (The Protectors) by McFalls, Dorothy
The Prince of los Cocuyos: A Miami Childhood by Richard Blanco
The Sisters Montclair by Cathy Holton
All Creatures Great and Small by James Herriot
Fortune's Rocks by Anita Shreve
Opened Ground by Seamus Heaney
The Veil Weavers by Maureen Bush
Ships of Valor 1: Persona Non Grata by Aaron Kennedy
How Not To Be Popular by Jennifer Ziegler
THE CALLAHANS (A Mafia Romance): The Complete 5 Books Series by Glenna Sinclair
Our partner