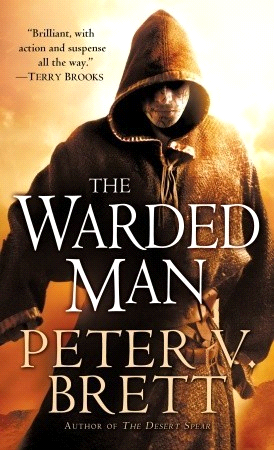 Praise for
THE WARDED MAN

“I enjoyed
The Warded Man
immensely. There is much to admire in Peter Brett’s writing, and his concept is brilliant. Action and suspense all the way; he made me care about his characters and want to know what’s going to happen next.”

“Peter Brett’s tremendously readable first novel,
The Warded Man
, is set in a harsh and feudal world in which demons rule the night. No one is free until a hero rises who is willing to defy the demons, but at a terrible price.
The Warded Man
works not only as a great adventure novel, but as a reflection on the nature of heroism.”

“[An] impressive debut about old-fashioned heroism.”

“Brett ably blends fantasy and horror in this arresting first novel, the first in a planned series. An imaginative and exciting tale, recommended where there is interest in epic fantasy.”

“Brett’s fantasy debut is a highly readable adventure with a unique setting and three strong protagonists. Brett includes plenty of exciting battles, terrifying monsters, and heart-wrenching moments to make the focus of his story—the development of flawed, ordinary children into legends—believable. Consider the series this begins worth tracking.”

“Brett’s debut builds slowly and grimly on a classic high-fantasy framework of black-and-white morality and bloodshed. Brett’s gritty tale will appeal to those who tire of sympathetic villains and long for old-school orc massacres.”

“A strong debut. Its highly inventive plot will captivate the imagination immediately. A page turner with a satisfying climax, it promises much more to come in future books.”

“An assured and promising first novel from author Peter V. Brett. The world he has created is vivid and intriguing … definitely worth a read.”

“The plot development from the harsh banality of small village life, to the complex immensity of city dwelling, and then to the world outside most humans’ knowledge, is very well done. The book’s biggest strength, though, is the characterization …. A great page turner which … soon becomes an irresistible read. The characters evolve into people you care about and the world is pleasantly engaging …. I was pleased, though a little surprised, to place this in my top five Fantasy reads for 2008.”

“Captivating and well written, quickly drawing readers in.
The Warded Man
is a must-read for anyone looking for a new fantasy world to explore.”

“Overall with superb characterization, suspenseful action and accomplished writing,
The Warded Man
is a very assured debut that will make its way onto many Best of 2008 lists. Highly, highly recommended.”

“Not only did I enjoy what I’d read but I’m left in the position of eagerly waiting to find out what’s to come.”

“Not since Patrick Rothfuss’
The Name of the Wind
have I been this pleased with a debut.
The Warded Man
is character-driven fantasy at its page-turning best. The three main protagonists are fully realized people—magnificent and flawed at the same time. Watch them grow up in a world designed to beat them down. Can’t wait to see what happens next.”

“A gripping adventure—a very promising start to a new series, and an excellent first novel.”

“A fabulous new fantasy series by Brett. The new world he has created is complete, complicated and fascinating. Brett’s ability to make his creations feel real is the stamp of excellent fantasy. This is a series that is likely to become a classic.”

“It’s rare these days that I can’t put a book down without my fingers itching to pick it up again, and rarer still for it to be a debut book from a first-time author. But Peter V. Brett’s
The Warded Man
comes up trumps. Brett has the knack of making you care about his characters and want to know what happens to them. And better yet, to make you hungrily look forward to the next book,
The Desert Spear.”

“An absolute masterpiece … For me, the novel was literally ‘unputdownable,’ and certainly deserves to be the next Big Thing in dark fantasy.”

“Very likeable … a very accomplished debut fantasy, without doubt exciting and with exceptionally well-rendered characters—the fate of whom the reader cares very much about. How the fight against demonkind will develop, I cannot guess, but I will most certainly be visiting Peter V. Brett’s misty and murky world to find out. Recommended.”

“Makes you genuinely excited by the idea of reading more … will leave you impatient for the next installment.”

“Like many fantasy epics before it, this debut from Peter V. Brett bursts onto shelves with much anticipation and plenty of buzz. On opening this promised gem of literature, I was surprised to find that this time the hype is largely justified ….
The Warded Man
is a real treat, with Brett displaying a bucket-load of talent in making the familiar so gripping.”

“Brett is a spectacular writer. I cannot recommend
The Warded Man
highly enough. It is thoroughly entertaining, having the right mix of suspense, action and introspection. It never bogs down for any of its length, as Brett paces the story masterfully. The world itself and the concept of the wards make the story unique among epic fantasies. The tale ends on a note of expectation, making me eager to read the second book,
The Desert Spear
, to find out what happens.
The Warded Man
is truly unput-downable. Make sure you have plenty of time for reading it, because you will not want to leave its pages for anything.”

—Grasping for the Wind The Warded Man
is a work of fiction. Names, characters, places, and incidents either are the products of the author’s imagination or are used fictitiously. Any resemblance to actual events, locales, or persons, living or dead, is entirely coincidental.

DEL REY is a registered trademark and the Del Rey colophon is a trademark of Random House, Inc.

Originally published in the United Kingdom in hardcover as
The Painted Man
by HarperCollins Publishers, London, in 2008 and subsequently in the United States by Del Rey, an imprint of The Random House Publishing Group, a division of Random House, Inc., in 2009.

To Otzi,
the original Warded Man

Praise for The Warden Man

Chapter 2. If It Was You

Chapter 6. The Secrets of Fire

Chapter 8. To the Free Cities

Chapter 13. There Must Be More

Chapter 14. The Road to Angiers

Chapter 15. Fiddle Me a Fortune

Chapter 19. The First Warrior of Krasia

Chapter 29. In the Predawn Light

Chapter 31. The Battle of Cutter’s Hollow 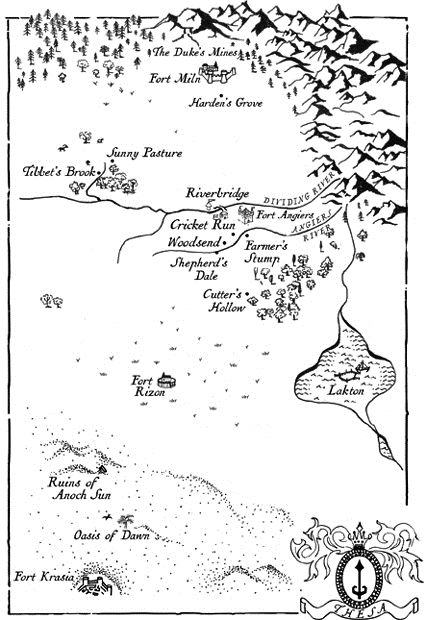 The Miernik Dossier by Charles McCarry
The Lawman Claims His Bride (Love Inspired Historical) by Ryan, Renee
Not Without Juliet (A Scottish Time Travel Romance) (Muir Witch Project #2) by Muir, L.L.
Samantha Holt (Highland Fae Chronicles) by To Dream of a Highlander
Zombie Sex (Zombie Apocalypse) by Black, Decimus
the Desert Of Wheat (2001) by Grey, Zane
The Solid Mandala by Patrick White
A Perfect Night by Unknown
Sky Jumpers Book 2 by Peggy Eddleman
Nashville Nights by Tracey West
Our partner