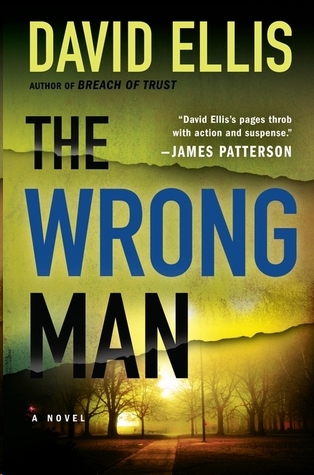 Eye of the Beholder

In the Company of Liars

All rights reserved. No part of this book may be reproduced, scanned, or distributed
in any printed or electronic form without permission. Please do not participate in or
encourage piracy of copyrighted materials in violation of the author’s rights.
Purchase only authorized editions.

Something bad is going to happen to Kathy Rubinkowski tonight.

But at the moment she is preoccupied with the tight parallel-park job, navigating the tiny space available just a block from her apartment. She has no business fitting her Accord in the minute gap between the SUVs, but finding a spot within two blocks of her condo is as rare as a sighting of Halley’s Comet, so the effort—and the inevitable dings from the neighboring vehicles—is worth it.

She looks about her before she kills the engine. Gehringer Street, this far north, is populated by gated walk-up condo buildings and the occasional single-family dwelling, usually awaiting a remake from the next yuppie couple that moves in. At a few minutes before eleven
P.M.
, the street is empty and sleepy. The lighting is decent. A light fog clings to the streets, courtesy of the rising temperatures today. It is January in the Midwest, but this afternoon it peaked at forty-two degrees.

She exhales and stretches her limbs. She is bone tired. Eight hours of reviewing bills of lading and shipping invoices, followed by four hours of inorganic chemistry, listening to Professor Dylan drone on in that monotone about molecular orbital theory, has left Kathy a tired girl.

She grabs her backpack from the passenger seat and eases out of the car. She closes the door and beeps it locked. The temperatures have fallen over the last hour, like the city suddenly remembered that it was winter. Kathy does another quick scan of her surroundings. Everything seems fine. She goes around to the trunk and pops it open. She reaches in and
grabs her gym bag. She’d given thought to working out in the school gym tonight, but she couldn’t muster the energy. Maybe she’ll do twenty minutes on her treadmill tonight, though she doubts it.

She closes the trunk. A soft, quick gasp escapes her and she stumbles backward against the grille of the SUV behind her. A moment ago there hadn’t been anyone on the street. Now there is. She takes a breath.

“Sorry,” she says, aware of her frazzled reaction. “You startled me.”

In less than five seconds, a bullet enters her skull between her eyes. The bullet is a straight front-to-back, shattering the sphenoid and ethmoid bones and the orbital plates and lodging in her brain stem. It creates a shock wave that propagates through her brain, causing instantaneous loss of consciousness. Only a moment before she lacks any capacity to do so, Kathy remembers that tomorrow is her twenty-fourth birthday.

She collapses to the street in a dead fall. Blood pours from her nose and mouth, fueled by a heart that does not yet realize it should stop pumping. Her blackening eyes do not see the man’s hands maneuvering her purse off her arm, removing the cell phone from her waist holder, yanking the necklace off her neck.

She does not hear the echo of the man’s shoes on the pavement, scurrying away from her lifeless body.

Detective Frank Danilo watched through the one-way mirror. The offender was talking to himself, his lips in constant motion, his hands curled up but his fingers wiggling.

The prints taken at the booking had come back to a Thomas David Stoller. Age twenty-seven. Discharged from the Army Rangers twenty-three months ago. Domiciled officially on Van Hart Way, but from the looks of it, Stoller called Franzen Park his home.

“He hasn’t stopped talking.” Detective Mona Gregus sipped her coffee. “Couldn’t make out a frickin’ word if my life depended on it.”

Gregus shook her head. “Maybe both.”

“Is he for real?” Danilo asked. “Because you see where this is gonna go.”

“Yeah, I do, Francis, but it’s not our problem. Let’s get a statement and let the ACA take care of it.”

Danilo nodded. He tapped her arm with the back of his hand. He picked up the evidence box, and they entered the interview room.

The smell hit them first, powerful body odor. Tom Stoller had matted dark hair that went in every direction. A heavy beard that had collected assorted debris. He was wearing two layers of clothes on top, a ratty undershirt, and a stained, ripped, long-sleeved shirt with lettering so faded it was indecipherable. He’d been found in these clothes. That was odd only because he lived and slept outside, and this amount of clothing was no match for the freezing temperatures.

Stoller had bags under his dark, unfocused eyes. His cheeks bore scars and an uneven complexion. He was unnaturally thin. Stoller’s shoulders curled in upon the detectives’ entry into the interview room, but otherwise he showed no signs of recognition.

Detective Danilo was in role now, but he couldn’t help but pause a moment. An Iraqi war vet, now homeless. He wasn’t officially the victim here, but that didn’t mean he didn’t have his own share of tragedy. That was always the worst part of the job for Danilo, when you felt just as bad for the offender as you did the vic.

Danilo flicked on the video camera and looked through the lens to make doubly sure it covered the chairs at the table. Of course it did, but still—there’d been that incident eighteen months ago in Area Two, when the camera somehow got moved and the detective hadn’t checked. Judge Mulroney hadn’t been amused at seeing a camera filming a blank wall and hearing audio only; he kicked a perfectly good confession on a double homicide.

The detectives took their seats at the table across from the offender. “This is Detective Francis Danilo. With me is Detective Ramona Gregus. The interviewee is Thomas David Stoller.” Danilo ran through Stoller’s Social Security number and last known address as well as the date, time, and location of this interview.

“Mr. Stoller, I’m Detective Frank Danilo. This is Detective Mona Gregus. Can I call you Tom?”

Stoller kept up with the mumbling, but now he had tucked his chin and lowered his voice. Gibberish. Incoherent babble.

The offender peeked up at him, then straightened his posture.

The offender looked back and forth between the detectives. His head nodded all the while. The video camera would capture the nods. The Supreme Court never said the consent had to be verbal.

“You got… water?” Stoller asked, his voice rough with phlegm. First contact.

“You want some water, Tom? We can get that for you.”

Detective Gregus left the room. Danilo waited. Technically, he could continue, but a defense attorney could play with any statement made while Stoller waited for his water. No court would find coercion, but the right jury, with the right lawyer, might buy that Stoller thought he wouldn’t receive basic sustenance unless he gave the coppers what they wanted.

Karna's Wife by Kane, Kavita
What Comes Around: An Alex Hawke Novella (Alex Hawke Novels) by Bell, Ted
Broken Compass: Supernatural Prison Story 1 by Jaymin Eve
Legends of Luternia by Thomas Sabel
Age of Heroes by James Lovegrove
How I Escaped My Certain Fate by Lee, Stewart
Diamonds Are Truly Forever: An Agent Ex Novel 2 by Gina Robinson
Stamped From the Beginning: The Definitive History of Racist Ideas in America by Ibram X. Kendi
Clifford Irving's Legal Novels - 02 - FINAL ARGUMENT - a Legal Thriller by Clifford Irving
All Fired Up by Kristen Painter
Our partner