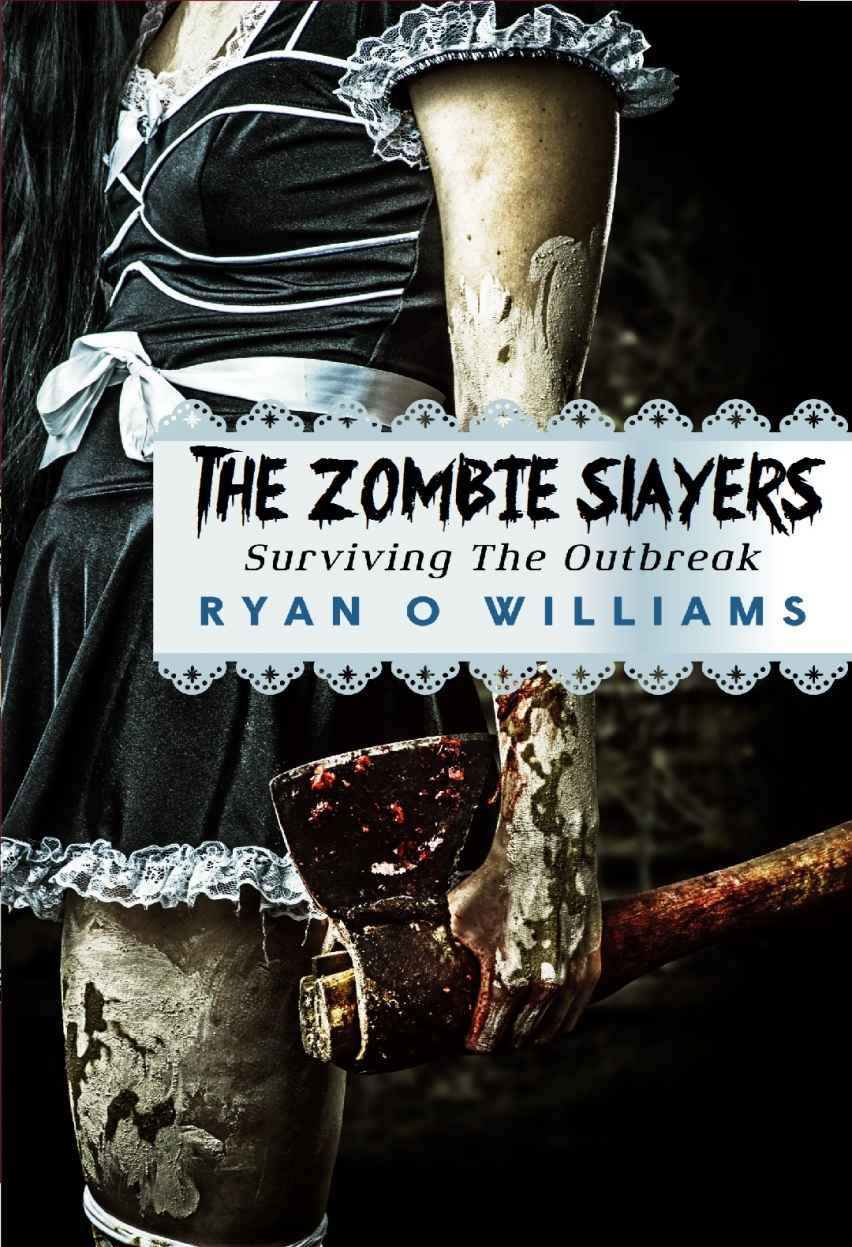 This book is licensed for your personal enjoyment only. It may not be resold or shared if you would like to share please purchase a second copy. All work in this book is a work of fiction. Any names or similar real life persons or actual places and brands are fictitious.

I can see what's eating you.

At random each chapter may be in
(Rhyme, Poem or Story)

My name is Ryan Omar Williams, born in southwest Philadelphia, As a child I have always had a very wild imagination.  I was the kid in the hood who always build something or created my own Entertainment. From the artwork of creating my first comic book to writing stories. My family couldn't afford video games or the latest toy. So I found enjoyment in writing. Before Amazon publishing books could become very costly. Today I have published a few, Red in your Head and Zombie Slayer: Surviving the Outbreak. I have a wife and two boys, and work in nursing. When I need a break I like to go into my own world in my mind. I'm also a movie buff, and sometimes movies don't excite or grab the emotion of what can be placed in words. So I write and write, not looking to get rich but if you have enjoyed my work, then it was time well spent. My imagination has been placed into words for all to enjoy! There are many more titles and episodes coming. So sit back and relax read the images of people, places emotions and action.  As they combine to give you a fantastic entertaining experience.

Finally I made it back to Fort Brag! The chopper landed, I had been stranded,out there for over a month. What suppose to have been a rescue mission failed. I made a promise to Harry, liz and Mary. That I would come back to save them ASAP! They are at a
abandoned hotel in town. But for the time being im at Fort Brag.

Fort Brag was a old Army airfield, located out site of the town of Roxberry Nevada.

Kevin exits the chopper, David following after. Kevin looks around the base, as if he is some strange land. A lot has changed in a month hasn't it Kevin. Yeah I guess so! Listen we have to go back to the hotel, There are survivors, we can head out in the morning. Said Kevin." No" I don't think so, the mayor won't let us risk any troops to save a few people. We need every soldier here right now. Remember the large swarm we seen from the chopper, on the way here. Yes! I seen them Kevin replied with an angry look on his face. Well there headed this way! unless they some how change direction,Kevin. The heavy gunners are low on fuel, so everyone will have to arm up, said David.
“Wait” I got an idea, tanker number two is still at the roadblock, by the park. The hotel is not to far from that scene. We can tell the mayor that we can retrieve that tanker. And in the process pick up the survivors as well!
Ok! That sounds better, ill tell the mayor. And let him know what the plan is. Plus we could use that gas. Alright let me know what he says, Oh! and where can I sleep for tonight,Kevin.
Try! the north side cargo bays, there should be one free, most of the beds are full. Every one thought your were dead, so they occupied your old room. If you have time we have some new recruits that need training. So are you up to it! Said David. Sure! Send me few ill do a quick orientation.

Kevin starts walking over to a cargo bays,looking around at the newly added features. Most of the buildings are now used to house women children, and other survivors.Which once held small air craft and military cargo. The air base was large, about a mile in each direction forming a square. A 15 foot wall was built before the infection spread, using shipping containers.
US military knew the infection would grow so they planned ahead. "So they thought" Kevin continued to walk pass a few troops, hanging out in front of the mess hall socializing. Their eyes are fixed as if they had seen a ghost. Personal begin to point and whisper among their selves. Suddenly a young man approaches, Kevin with a confused look on his face. He had on an old Army Air Corps uniform. It was clearly to big for him, as the sleeves and pants were rolled up. Seems the soldiers are getting younger and younger. Maybe most of the adults have turned zee, and the fort has to resort to a more teenage army. Hi there cadet! What can I do for you! Kevin asked.

The soldier asked, That's what they call me.

"Ah ha! I knew it" I have a picture of you in my locker. But.. But... How? Everyone said you were dead,they even had a funeral for you.

Ha ha! I guess they forgot to burn my body and now im back. AAHHHH!  Kevin screams.

The cadet runs off, in fear.

Who am I? They call me the ”Slayer,” To be honest I really don't care. I'm not some super hero! To save the world, I'm just some guy trying to survive! The world is screwed up, the human race struggles to exist, we are being wiped, of the face of the earth, like we are pigs at a BBQ competition. My real name is Kevin Wilkins, but “Slayer” has grown on me! Ever since it happened, things have changed. Our way of life has changed, nothing ever remains the same.

In the bible it stats in John 5:28--Do not marvel at this, because the hour is coming in which all those in the memorial tombs will hear his voice and come out. Could this be it? No one really knew the impact to which it started. All we can live for is the now, there may not be a tomorrow. Every one's goal is to try to get to the next day.  See you only think about your life the minute your about to die. Event's flash before your eyes, and when you think your going to passed away. Some how you make it and last another day. I have survived only because I think of everyday as my last day. Life is weird that way, my family died in a plane crash. David once told me! You live to fight another day,unless your bit... “Then fuck it!” A few weeks before,the infection spread. A news reporter said,the virus was contained, a virus that has no name. “Yeah sure!” See if I watch, that channel again. My pastor once told me it's the end of days and I need to repent. I told him, “what for!” I'm in hell now,this is the end. All we ever do is..!

We run around, gun them down, head to town

We run around,gun them down, leave town

We run around,Gun them down,and turn around.

There a zombie clown,biting me,

and we are going down.

Me and crew are going into town,to fetch tanker number 2 left there after the “Star” event. I know it sounds insane,but as you know we have an air plane.

But it needs gas, the AMD's (Automatic Motion Detection Gun) need gas as well. With all the great technology, we are forced to use old bio fuels.

A van load of survivors came in two days ago. Now it's time for me to get to work. And so my story begins.

Sir! The survivors have been tested all clear and ready for orientation. “Well lets get started.” Kevin ordered.  About nine passengers exit the cargo van, and crowded up in a confused bunch. They were weak and wrecked, they surely have seen better days. But there is no time, to pick we need able body's.

OK! recruits line up. No matter if you were a doctor, lawyer, clerk or accountant. You are now a United States Soldier, you have been officially drafted into service. You are the future and protector of the human race. Turn you head to the right, and look at the person next to you. “That person is already dead!”

It is a well-known FACT that 90% of you will not survive. “Not if!” But when! you are bitten “do everyone a favor” and swallow a bullet.

If you are going to stay here, at “Fort Brag.”

These are the rules, earn your keep and you get to eat, but if you can't get the hell out of my camp. “Do I make myself clear!” Slayer Shouted     “Sir yes Sir” the new  recruits replied.

There's a swarm coming, so pack your under pants. No time for romance. We are miles away, and they move real slow, where ever the wind blows that's when they show. Expect them to arrive in a week or so.

Where they come from no body knows. Spend this time to get ready, I don't like guns so I carry a machete. And thousands have seen the edge of the blade, camps I made,even turned a few into slaves. You all will need to get some rest, it's been a long day. In the AM i will tell you the about the north-west. Weapon training will begin at 0800, that's all for now soldiers! 'You are now dismissed.”

Since I left... is the bay still free! I will make that my room for tonight,and get some sleep. So don't awake me, not for anything, not even a peep,unless it's a absolute emergency! Again good night gentlemen, I will see you in the AM!

Gone Black by Linda Ladd
The Deep by Jen Minkman
Sir Quinlan and the Swords of Valor by Chuck Black
Valley of Decision by Stanley Middleton
This is What Goodbye Looks Like by Olivia Rivers
BlindHeat by Nara Malone
Nightwind by Charlotte Boyett-Compo
Fed Up by Sierra Cartwright
A Desert Called Peace by Tom Kratman
Save My Soul by K.S. Haigwood
Our partner