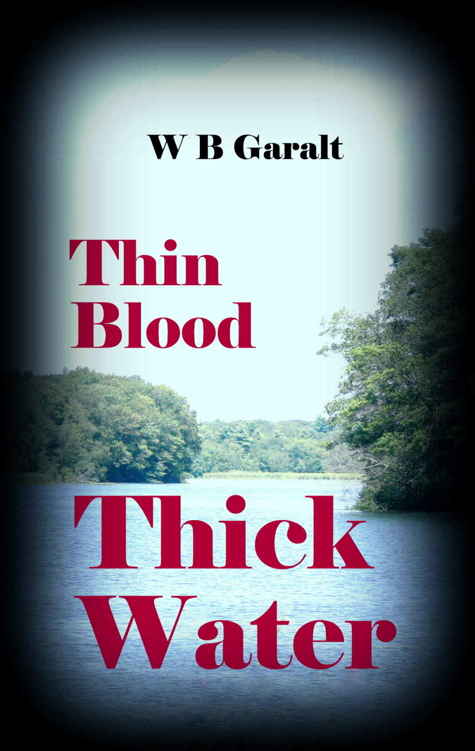 All rights reserved.  No part of this publication may be reproduced, distributed, or   transmitted in any form, or by any means, or stored in a database or retrieval system, without the prior written permission of the publisher.

The publisher is not responsible for websites (or their content) that are not owned by the publisher. The characters and events in this book are fictitious. Any similarity to real persons, living or dead is coincidental and not intended by the author.

It was a gray and dreary day in early August when Max Hargrove drove to Universal Security Associated Partners. On this first day of his new job, a new chapter in Max’s life was about to open.  The accurately predicted high humidity was beginning to assert itself as he stepped out of his car and felt the warm moisture envelop his face.

The company headquarters building was a rather non-descript industrial warehouse-type structure with a glassed-in corner office section on the front. The balance of the exterior walls were finished with channeled concrete block. The flat, tar-and-gravel roof was at forty feet in elevation and five cube-shaped enclosures were on the surface which contained four HVAC components, elements of the heating/cooling system, and one other enclosure for roof access.

Following the curved concrete walk to the office entrance, Max pulled open the heavy gauge metal and glass door and stepped into the receiving foyer.

One year had passed since Maximilian ‘Max’ Hargrove started in his position as a ‘Partner’ in Universal Security Associated Partnership (USAP).   Harold ‘Chip’ Chaplain, the senior Partner and CEO of the company, was a college alumnus and old friend.  He had recommended Max to replace the original finance department head, Ernest Bickford, one of the Partner-Specialists. Bickford had died unexpectedly as a result of an airplane mishap.

To become a USAP Partner, it was required of Max to purchase an equivalent bloc of shares and to be unanimously accepted by the board of Partners.

Each Partner took a monthly salary-draw against an equal portion of the company’s annual net earnings.  Most USAP Partners were United States of America military veterans, some with a Special Forces background. The late CFO Bickford’s Partnership specialty had been fiscal management, befitting his civilian Certified Public Accountant status.

Max was several years older than the deceased Partner had been at the time of his demise. Max was not a CPA but he had a Bachelor of Science degree in business administration, along with over twelve years of business management and investment experience. In addition, he had a career specialty as an expert in real estate valuation.

The position Max had taken was as Chief Financial Officer of the association, serving at the pleasure of the USAP Board of Partners, of which he was one.

CEO Harold ‘Chip’ Chaplain served as the operations manager. He managed the security operations and assignments of the association. The public and private security services provided by USAP were through positions as watchmen, gate-keepers, armed couriers, airline marshals, escorts, and guards. The salaried staff members serving in those positions were mostly retired police personnel. The main operational area for these services was concentrated in central New York State. Outlying areas in Connecticut, Pennsylvania, New Jersey, Manhattan Island, and Long Island, NY were occasionally covered under period-specific contracts.

Internationally, USAP had contracted with the CIA, the Secret Service and, on occasion and by request, with the U.S Special Services.

In contrast to the contractor staffs and the local salaried security staff, along with their supporting office personnel, the Partners were confidential specialists with expertise in various occupations, none of which were limited to geographical boundaries. This created, from time to time, the need for a Partner, of groups of Partners, to travel on short notice with little time to prepare. The overall success of the USAP operations many times depended on the rapid physical response by a Partner Specialist, or a specialist team.

Interstate travel was frequent, and occasionally international travel was required.  In any event, the assignments contracted for by USAP were actuated confidentially and, unless it included another Partner, or Partners, USAP’s actions and results were not generally known among the others within the organization, or at times, the Partners own family members.

The company founder, Chip Chaplain, was the sole individual with continuous knowledge of all operations.  After resigning his military commission Chaplain had become an operative in the Central Intelligence Agency.  Having had experience as a CIA operative and as a retired U.S. Army Captain, he was well-qualified to order all special USAP assignments within the organization.

When away on assignment, Partners were referred to as being ‘on leave’.

Max Hargrove had wrestled with the peculiarities of the job description when first exposed to the operation by Chip, his onetime colleague, and he had to come to grips with the realization that with this venture there were no guaranties and no predictions. Therefore there were no ready answers to quell any doubts he may have had. With that understanding, he took on the job under his own volition.

Aside from Chip Chaplain, Max Hargrove had discussed joining USAP with only one person, Margaret Marshall.  ‘Maggie’, a long-term business associate of his, was a trusted companion and a dear friend. They, as a couple, had been romantically connected for several years.  Notwithstanding that relationship, their mutual understanding had been that Max’s decision to join the Partnership was his own.

Max had, for the most part, been master of his domain and in control of his fate over his adult lifetime but there were two instances that were exceptions.

One such exception was during his military service, when he was sent into combat during the Gulf War in the Far East.  During that time, in order to survive, he had to be hyper-dependent on his team members, and they on him.

A more recent interruption in his self-governing regimen was during the previous year when, inadvertently and innocently, he had briefly been under a police investigation for possible complicity in a triple-murder crime spree, in south-central Connecticut. Max was eventually absolved of any wrongdoing but for a while his lifestyle had been turned upside down.

During both of those two exceptions to his independence and self-reliance, he had followed his instincts. He had relied on persons whom he judged as being trustworthy, and he had come through those experiences unscathed.  In making his decision to join the USAP Partnership, Max had ultimately sensed that Chip Chaplain was following the same rationale as he recruited each of the team of Partners.  Those who Chip Chaplain trusted, Max felt he could trust as well.

During the first months on the new job Max had to adjust to getting settled in the small village of Lakeside, a suburb of Ithaca, which is located near the geographical center of  New York State.

The history of Lakeside was that it was originally settled in the 1920s as a summer resort colony for wealthy industrialists and financiers. The advent of the great depression and its adverse financial effects decimated the seasonal summer populace. By 1937 most of the Lake area properties had been sold or subjected to lender foreclosures.

A resurgence of interested buyers during the 1970s had resurrected the area and Lakeside had, since that time, become reborn. Many of the large summer cottages had been purchased and converted to recreational condominiums, some of which were leased to year-round residents.

Max Hargrove was a recent tenant in a furnished four-room second floor apartment provided by the Partnership.  It had a two-car garage below and included a speedy runabout, a hybrid all-terrain vehicle/golf cart powered by a performance-enhanced gasoline engine.  The runabout was for shuttling to and from his office in the nearby USAP headquarters building.

The tenancy included four free golf rounds per month on an 18-hole course, during the golf season, free use of tennis courts, and use of a boat dock on Black Bottom Lake.  An on-site clubhouse contained the office of the Lakeside Community Association, which provided maintenance of the grounds and monitored recreational activities for the residents.

Although Max played tennis he was not a good golfer and he didn’t own a boat, so he couldn’t avail himself of all of the job-related extras.  Getting settled in the quiet, picturesque surroundings was a welcomed pleasure however, while he was becoming acclimated to his new occupation.

Most weekends were spent back at his apartment building in East Wayford, Connecticut, catching up with personal business and spending time with Maggie Marshall, his significant, dearest, and favorite other person. They did avail themselves of the golf facilities at Lakeside and had taken introductory lessons.

Maggie had benefitted from the cursory fundamental lessons during her week-end visits and Max renewed his early-days interest in golf.  They enjoyed playing together as a mixed ‘twosome’ three times during the summer months, but the shortage of available tee times during the busy golf season limited their opportunities to play.

Maggie was a licensed real estate broker, had earned a degree in finance and was experienced as a financial specialist. She and Max had worked in tandem, successfully, in the New Haven/East Wayford Connecticut region, for several years.  When Max relocated to his new position in Lakeside she had agreed to manage “Hargrove House” during his absence. It was an eight-unit apartment building which Max owned and resided in. Maggie had given up her rented duplex apartment and she was co-habiting with Max in his owner’s apartment unit.

Maggie spent a few weekends with Max in Lakeside during his first summer there and together they both enjoyed the relaxed, leisurely atmosphere.  Both Maggie and Max had full work schedules during the week and their weekends together were a special treat.

The arrangement worked well for the couple with one exception. The drive to and from Lakeside and East Wayford took approximately three hours and twenty minutes.

Max had taken flying lessons several years earlier.  He requested, and was granted credit from the Federal Aviation Administration for those lessons and he resumed taking them during the late winter, spring and early summer seasons.  He had recently finished his student pilot flight requirements and flight time. He had successfully completed his cross-country solo flight and was awaiting the issuance of his private pilot license and expected to have it any day now.

Since he had free access to company-owned small airplanes as part of his status in USAP, Max was anticipating a solution to the tedious weekend driving regimen. The fuel would cost a little more but he felt that the extra ‘off-duty’ hours would be worth it. Maggie was looking forward to it as well. She would gladly make the ten-minute drive, over and back, to the local New Haven area airfield to pick up and deliver Max.

Fins Are Forever by Tera Lynn Childs
Nowhere but Up by Pattie Mallette, with A. J. Gregory
The Cats in the Doll Shop by Yona Zeldis McDonough
The Occupation of Emerald City: The Worker by Brosky, Ken
Call Me by P-P Hartnett
Be My Hero by Nell Dixon
The Guns of Easter by Gerard Whelan
Starship: Mercenary (Starship, Book 3) by Mike Resnick
Terrible Tide by Charlotte MacLeod
Icefields by Thomas Wharton
Our partner