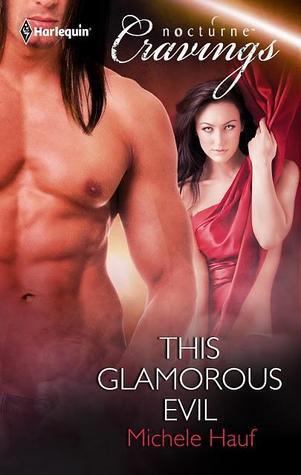 Star is a familiar, a cat shifter able to help witches summon demons—
after
she’s been thoroughly satisfied sexually. Usually an assistant helps her reach the state of arousal necessary to work the spells…until sexy sorcerer T.J. proposes to pleasure her himself.

Star doesn’t think T.J. can make love to her while staying emotionally detached enough to get the job done, but his promise of a hefty payment—and his own potent sensuality—is too tempting to resist. Soon, they’re getting down to business—and Star is having the best sex of her nine lives. But once their arrangement is over, will she lose T.J. forever?

Thank you for buying this Harlequin Nocturne Cravings ebook! Cravings is new departure from our Harlequin Nocturne Bites ebook exclusive program. In Cravings, you will find bolder, sexier paranormal romance short stories with a slightly longer word count than Nocturne Bites. These dark, highly sensual reads will take you away from everyday life into an atmospheric, complex world filled with compelling characters—be they vampire, shape-shifter, werewolf, or something…other.

If you are interested in submitting your own novella for Harlequin Nocturne Cravings, please read our writing guidelines at www.Harlequin.com for tips and information on how to submit.

We hope you enjoy this story, and look for a new Nocturne Cravings title each month wherever ebooks are sold.

Like clockwork, the sleek black cat appeared in the alleyway below me, her tail flicking as she proudly strutted the ancient cobblestones that reminded me of days gone by in Paris. Not far from here, cars buzzed by on the Champs Elysées. I preferred a time when carriages had rattled along the cobbles, and we men wore rapiers at our hips, but this modern world did have advantages, such as plumbing and iPhones.

Every night just after midnight, the cat appeared, looking for something to nibble. She didn’t like mice. She’d bat them around a bit, then move on to more challenging prey. A plump rat? No, this feline was more discerning.

I shifted carefully on the iron balcony from where I watched. Moonlight glinted on the metal rivets rubbed clean of black paint. After weeks of observing my prey’s habits and tastes, I’d baited the trap properly.

Ducking her head, she approached the tangle of crumpled newspapers that shaped a crunchy canopy over the Camembert morsels I’d laid out. Tail twitching frantically, she cautiously stepped on one paw, then the other….

I refrained from blowing a gust of air magic to push the cat faster. That would only spook her.

I dropped eight feet to the ground from my observation perch, and brushed aside the newspapers. “Gotcha,” I said to the growling black beast inside the cage.

Her eyes were so green that for a moment I got lost in her fierce gaze. Verdant as spring’s freshest bloom, the saturated hue defied depth. Anger spilled into sudden pleading. My heart stilled. They almost looked…human.

Shaking my head, I snapped out of mysterious wonder. She was a cat.

Hefting the cage, I whistled a cheery tune as I headed home.

I lived in the sixteenth arrondissement in an old high-rise that housed soccer moms and widows on the lower floors, while up on the high-security sixth floor—the entire floor belonged to me—I had a great view of the Eiffel Tower, and the swimsuit model’s bedroom across the street. She liked to undress with the lights on. I didn’t mind, except when her lover joined her.

Closing the door behind me, and throwing a lock ward over my shoulder with a snap of my fingers, I set the cage on the hardwood floor. Kitty growled at me. Her fur fluffed in anger and those green eyes cut through me like blades.

I bent to unlatch the door release—then paused.

“Right.” This was not going to be pretty. It could get downright bloody. I’d best take precautions.

A pair of leather gloves from a drawer in the kitchen would protect my hands. I already wore leather pants and boots. My shirt was long-sleeved and…

I touched my cheek. Earlier last century, I used to fence in the modern style, using the screened face-mask, but I couldn’t recall where I’d stored it when I’d moved from London to Paris a decade ago.

“I can manage,” I muttered. Buoyed by my success thus far, I proceeded to release the cage door.

A fury of black fur, hisses and wood-gouging claws exploded from the cage. The cat darted left, jumping onto the unmade bed and scrambling across it like a Tasmanian devil. It jumped, landing on the floor with a snarling meow. It didn’t slow, tracking the expanse of the open-floor-plan loft as it ran along the windows that opened the south wall to brilliant moonlight.

With another fearless leap, it scrambled onto the leather sofa. It paused at the top of the sofa, back arched and tiny teeth bared as it clawed wicked tears through the tough but relenting leather.

Ouch, that was going to cost a pretty penny to replace. I hoped my brother appreciated the sacrifice.

With legs made of springs, the feline fury landed on the Indonesian silk draperies, and with claws cutting through, allowed its body weight to plummet to the floor, shredding the curtains like cheap festival flags.

A blur of black zipped before me and disappeared behind the kitchen counter. The priceless Persian glass vase an ex-lover had given me wobbled.

A spectacular crash was followed by shards of glass littering the kitchen floor.

The cat paused, twenty feet from me, huffing from the exertion of her berserker rage, a miniature bull facing the matador, green eyes narrowed and fixed to mine. A growl rumbled in the feline’s throat.

Bracing for impact, I instinctually placed a hand before my crotch, and another up before my head. Pin-sharp claws dug through the leather at my thigh, drawing blood. I yowled and stumbled back, landing with my spine against the sofa.

Small, black and angry stalked along my legs and over my hip. Each step was slow and calculated, allowing claws to sink in, marking me as if a perforation were required to then zip me apart.

“Easy, kitty,” I cooed as the creature settled to a squat on my chest. A tuft of white fur starred her chest. Beelzebub’s mistress had never looked more ferocious. And I had once met that catastrophe of a broad. “I just want to talk.”

The back-alley scrapper’s fey weight increased. I hissed and gritted my teeth when the claws tore my skin as they retracted into bone and flesh. Fur receded into skin. Bones lengthened and reshaped into human form. A crop of lustrous midnight hair spilled over a slender human face, framing a narrow jaw and fashion-model cheekbones.

A woman’s green eyes stared at me with the same pissed-off kitty accusation. She lay upon me, naked, and fully shifted to human shape.

Letting out a held breath, I said, “I have a business proposition for you.”

As a feline, I stretch often and well, but shifting to human shape provided my muscles the ultimate stretch. I came to, long black hair spilling over my shoulders and tumbling before my chest. My lengthening muscles felt like a massage across my shoulders and hips. My breasts grew to small globes. The claws were the last to retract, and one popped from the leather gloves the man wore as a feeble means of protection.

Had to hand it to the guy, he hadn’t gone into this whole kidnapping business without forethought. On the other hand, he had trapped me in a cage, carried me away from my neighborhood, and now I was locked in his home.

Kneeling and then standing over the sprawled man, I studied his defiant stare. He thought he had me under his thumb. The cocky smirk gave him away. Stupid witch.

I presumed that’s what he was. Who else would steal a kitty from her nightly prowl and not freak out when she shifted?

My profession required I work for witches, but that didn’t mean I had to like them. Or put up with this nonsense.

“Talk,” I said as he cautiously rose to stand, one shredded-leather-gloved hand held between us to placate. I wasn’t going to jump him, but he’d better beware my bite. “I’ll have you know, I’m not a happy kitty right now, and if you don’t have something interesting to say, I’m going to knock over more than an ugly vase.”

“Sorry.” He leaned toward the sofa and grabbed a red blanket from it and held it out for me. “I forgot clothes,” he offered in a husky voice that was soft yet so deep it strummed something inside me. Made my belly warm. Weird.

I snatched the blanket and wrapped it around my torso. I liked to knead soft things, and this one was woven from chenille. Oh, heaven… It felt luxurious beneath my stroking fingers.

But I couldn’t get distracted.

Nor would I allow myself to linger over the man’s appearance. He wasn’t your standard spell-throwing witch. At least not to judge by the ones I’d worked with during this, my third life. Male witches were usually skinny, bespectacled and, truthfully, ugly.

But this one? He had muscles. Everywhere. And he wore them well, as if designed to make heads turn. He bled at shoulder, chest and wrist, but he didn’t seem to notice. Points for me.

Long dark hair spilled straight and full around his head and his eyes glittered an unnatural blue. He wore his beard trimmed thin along his jaw and up around to frame his mouth, which gave him a broody appeal. I bet his mouth tasted as good as it looked. If I were to kiss him….

But, like I said, I wasn’t going to let a handsome figure distract me. Besides, who’d mentioned kisses? Kisses were overrated. Kisses were deal-breakers.

“Why’d you steal me from a perfectly good hunt and bring me here?” I spat out.

Hands on hips, I scented the man’s sweetly dark allure. Smelled like a spice I’d once noted in a bowl the cheese-shop owner kept on his counter.

“Don’t tell me this is how you go about hiring a girl for work. All witches know that if you need a demon conduit you have to arrange an appointment with their assistant.”