Read This Round I'm Yours Online

This Round I'm Yours 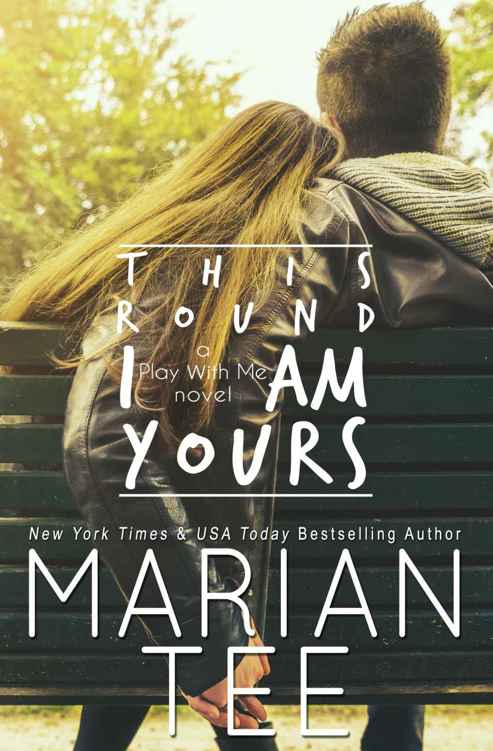 This Round I Am Yours

About
This Round I'm Yours

It always starts with one little lie, and even two people in love can end up breaking each other’s hearts.

Life has changed so much for 19-year-old Lace Wyndham. Once, she was only in love with basketball. Now, it’s become her mistress, with her mind, body, and soul belonging completely to the man who taught her about love, sex, and, well, the art of eating humble pie.

25-year-old billionaire Silver March can’t shake off the feeling his bad boy past is catching up to him. With things going so well between him and Lace, he has a nasty premonition of fate setting its eyes on him, determined to make Silver pay for his old sins. And so he does, when the girl who owns him starts lying to him…the same time another man enters the picture.

The Greek Billionaire and I
– Curvy schoolteacher Velvet says ‘yes’ to a marriage of convenience but is too proud to let her Greek billionaire husband know she’s doing it for love and not for money.

Greek Billionaire Romance Serials -
A young schoolteacher innocently dreams of falling for a Greek billionaire, but the one she meets only wants her as a mistress.

Helios & MJ’s Story (3 parts) -
Even though he's commitment-phobic, the aloof president of a billion-dollar bike racing club finds himself jealous of the "secret crush" of a tomboyish camera-wielding first-year student.

The Art of Claiming an Alpha –
Human-slash-pack-princess Calys is a toughie, but she still needs the help of the powerful, dominant, and gorgeous werewolf Alejandro Moretti to be an ‘alpha’. Unfortunately, he wants her body in exchange for her help.

Ensnared
(Prequel to Beholden)
– Find out why Alexandru, vampire and greatest hunter of his race, has never gotten himself a human pet…until Zari.

My Werewolf Professor
(Billionaire Paranormal Romance)
– Kassia’s decided to confess her feelings for Professor Alessandro Moretti, who responds…with a bet?

The Rockstar and His Fangirl
(Billionaire Rock Star Romance) –
Saffi thought being married to rock star Staffan Aehrenthal means living happily-ever-after. But why has he suddenly become cold to her?

The Rockstar I’ve Loved for So Long
(Hot New Adult European Billionaire Romance) –
Bree has always been in love with French rock star Dylan Charbonneau. He’s promised to be with her forever as long as she’s okay with just being his
best friend.

That One Time
(Hot European Billionaire Romance) –
23-year-old Ayah Chandler believes in love at first sight, which is exactly why she believes her long-distance relationship with Nic de Konigh will have a happy ending. Or will it?

Catch You If I Can
–
College student Ianne is a self-confessed coward, but now that Alex, her best friend and the typical strong silent Texan, is single again, she’s determined to change and first thing on the agenda is seducing Alex.

This Round I Am Yours

EDM music streaming from the still-raging party below, coupled with the animated LED lighting on the wall, created an intimately hypnotic atmosphere inside the master bedroom. However, the mesmerizing light-and-sound display was all but ignored, the couple entering the room too busy kissing.

When Annie offered her three-story pad as the venue for tonight’s football victory party, everyone had thought she was being unusually
generous.

Like hell she was, though. It was all part of her strategy, her goal simple: to be alone with the man she was now busy stripping naked.

As she got rid of his jeans, she ended up eye level with his cock, its size making her swallow. It was
extremely
large.
Extremely.
She didn’t even need to exaggerate. Throat dry, body aching a little, she tried to get herself back under control as she rose up. Pushing his chest lightly, she said huskily, “Sit please.”

He gracefully sank onto the love couch, his beautiful face unreadable as their eyes met. Normally, this position gave her the upper hand, with her looking down on the guy. But now, it didn’t seem to make any difference.

A frisson of fear ran over her back out of nowhere. Annie was suddenly worried she’d lose his interest completely if she didn’t do anything soon. Struggling to keep her cool, she knelt down, whispering, ‘I’m going to make you feel really good.”

Taking hold of his engorged cock, she bent down to tongue its length, slowly, from top to bottom. By the time she reached its head, pre-cum glistened on the tiny slit of skin, its sight restoring her confidence.

Silver March, you are mine.

When she pulled away, Annie expected him to beg. To yank her back. To rip her strapless dress off her body.

But no. Instead, Silver only looked at her with a cocky smile, one brow lifted up. It was as if he was the king, she was the slave, and it was her privilege to service him.

God.
He was so damn cool. There was no other word for it, no one quite like him, with his unique mix of down-to-earth charm and casual arrogance. He knew he was hot, wasn’t the kind to brag about it, but wasn’t about to apologize for it either.

Everyone had expected him to date her, the hottest girl on campus. She had expected it, too, but years had passed and nothing happened. It made her hate him
and
want him even more, until in the end, she had done what she never thought she’d do.

She had made the first move.

I’m going to make you pay for that, Silver March.

Armed with that vengeful thought, Annie reached for Silver’s aroused cock once more, tracing its head with her nails. When his cock twitched powerfully in response, her lips curved in a triumphant smile. “
Aaaaaw.
Did you like that?”

Silver took a long time to answer, only gazing at her under hooded lids. But this time, there was an intense light in his eyes, so carnal in nature that it had a shocking effect on her body, the way her nipples slowly puckered up against the silk of her dress.

What the hell was this?
She had never been aroused just by having a man look at her. And yet it continued, her body trembling and moisture pooling between her thighs.

“You really want to know what I like?” The words startled her, but the sensual purr in Silver’s voice only added to her excitement.

“Y-yes
,” Annie heard herself whimpering, but the sound quickly turned into a gasp when Silver suddenly leaned forward. His face came close. Enough for Annie to feel the hot air of his breath, smell his irresistibly masculine scent, and enough to feel so deliciously delirious at the way his gaze promised the wickedest things.

“Are you certain?” Silver’s voice was mocking.

She couldn’t answer right away, her entire attention diverted, her senses reeling out of control at the way his fingers started circling her nipples. Round and round, getting so close but not close enough to touch the pouting pink flesh.

It made her want to weep. Around Annie, her surroundings started to fade – the huge bed, the magnificent balcony with its glass railings, the marble fireplace. Nothing existed except Silver March and his silent promise to fuck her brains out.

“P-please.
” The feverish cry burst out of her even though she didn’t exactly know what she was begging for.
Kiss me? Touch me? Fuck me?
She wanted it all.

“Please what?” A taunt, just before Silver leaned back, and this time Annie cried out, the distance between them too much.

When she reached for him, he said sharply, “
No
.”

When Silver spoke again, his words were as cold as his voice was beautiful. “If you really want to know what I want…” His hooded eyes caressed her from head to toe, moving oh so slowly before returning back to her face. “I’d like it better if you talked less and sucked more.”

Murder's Sad Tale by Joan Smith
The Conspiracy Against the Human Race by Thomas Ligotti
The Wedding Must Go On by Robyn Grady
Instructing an Heiress by Judy Teel
Her Lion Guard 2 (Paranormal Shifter Romance) by Amira Rain
London Belles by Annie Groves
A World of Ash: The Territory 3 by Justin Woolley
Paws for Change by Charlie Richards
Bad Taste in Men (Clover Park, Book 3) Contemporary Romance (The Clover Park Series) by Kylie Gilmore
Ten Girls to Watch by Charity Shumway
Our partner