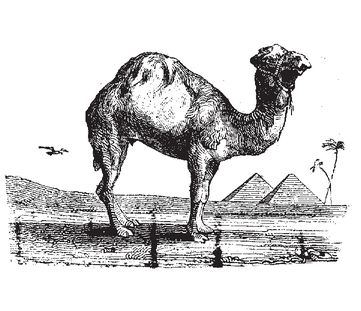 “Ira! You are as dirty as three human boys could be!” She sneezed again. “Please go shake off the dirtâsomewhere else.”
Ira laughed and twitched his ears rapidly. “I can make dust signals with my ears,” he bragged. “Who needs smoke?” The unseen paw that cuffed an ear belonged to Abishag, and Ira whirled, then pulled himself into a menacing crouch. “Watch out, foster sister! I'm in a fierce mood this evening.”
Abishag laughed in turn. “You look as if you have brown fur instead of black. No Roman soldier would ever get that dirty.”
“No Roman soldier would ever
stay
this dirty,” Ira corrected her and shook himself thoroughly. Then he settled down next to one of the pack camels to bathe, while the girls went hunting. Suddenly his upper lip flehmened and he sworeâsoftly, so his sisters wouldn't overhear him.
“By Mars's shield; Asmodeus, how is it you travel so many miles to plague us and yet never lose your stink?”
“Ah, my young soldier cat. You bear your grudges as you would bear your armsâif you could do so.” Asmodeus smirked at Ira from behind the bundles of provisions. “And how fare you and your delightful foster sisters?”
“We're fine.”
“Good. I am delighted for you. Now that you are a warrior and a world traveler, you should be doing very well indeed. Are you dining as pleasantly as you did aboard Alexos's ship?”
“We don't have fresh fish any longer, silly. This is the desert,” Ira answered, resuming his bath.
“But there is plump, fresh dove for the taking.”
Ira glared at Asmodeus. “You're disgusting. Those doves are sacred; they are gifts to the Messiah.”
“Indeed? So they are not tender, succulent meat, kept for you, a seasoned warrior, in a cage with but a tiny clasp? Are they not fed daily with ripe grain, so they grow plumper yet?”
The black cat's mouth watered in spite of himself. “They are not to be eaten. They are gifts. And don't you bother them either.”
“Three gifts for three cats. Imagine how your sisters would praise you for presenting them each with a juicy, tender young bird. They wouldn't have to hunt for themselves, as they're in the process of doing at this very minute. Do they not pity you, since they share their kills with you? You must admit you cannot pounce as well as you could previously.”
Ira clenched his teeth as he began to get angry. Then his stomach rumbled, and the rat heard it.
“Last night's dinner, if memory serves me correctly, was but a few locusts; the servants did not think to feed you. Not much for a warrior's rations.”
“The legion marches on hard bread and water,” Ira said firmly. “I am entitled to that, too. But I do not draw provisions or pay from the quartermaster. I secure my own rations.” And without warning, he leaped at the rat, who barely scuttled to safety under another pile of packs.
“You deceitful ingrate!” Asmodeus snarled. “I en deavor to present you with an easily procured dinner, and in turn you try to dine upon me. You've ruined my tailâI won't forget this!”
“I wouldn't eat you if I were starving,” Ira said and spat out the tip of Asmodeus's bedraggled tail. “Remember when I caught you before, I told Ptolemy you smelled too bad to eat.”
Only curses answered Ira as he strolled away, joining his sisters for their evening hunt. They caught a few beetles but fared very well anyway, as the servants killed and roasted two fat sheep from the flock brought with them upon the journey. Flavored with rich spices and very tender, the meat filled everyone's stomachs nearly to bursting.
Abishag looked at the beautiful star for a long time after everyone else, including the humans, had settled for the night. She started to climb into the basket, which was turned on its side toward the fire, nudging Kezia and Ira over to make a little more room when she paused.
What was that peculiar sound?
She left the basket and listened. The entire camp appeared to be sound asleep; the fire had burned down to a handful of glowing coals. Even the sentries were seated instead of standing.
That's not right
.
Ira said there must always be someone keeping watch, especially at night.
The sound came again: a horrible, moaning noise that quickly escalated into a high-pitched quaver of notes that frightened Abishag. And the noise was closer; closer now than when she had first heard it. 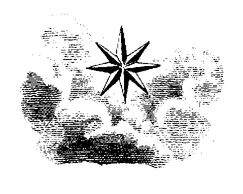 She woke Ira and then Kezia. “Something is wrong. There is some strange creature out thereâ”
An answering call from the other side of the camp served to shake the sleep from Ira's eyes and he bounded out of the basket. “What is that terrible noise?”
The sheep began moving about anxiously and the lead camels raised their heads and snorted softly.
“We must wake the humans,” Abishag said practically. “And do so now!” She ran to where Balthazar was sleeping peacefully and began patting his face with a paw. Kezia began licking and nibbling Melchior's fingers.
Ira hurried to Kaspar and butted the wise man's shoulder with his small head. He repeated this until he roused him from a deep sleep. “What is wrong, little soldier?” he asked sleepilyâand then sat straight up as the eerie cry sounded across the sands and the oasis once again. 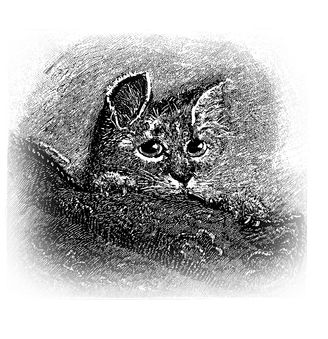 Chasing the Heiress by Rachael Miles
Siren in Store by Megan Hussey
The White Cottage Mystery by Margery Allingham
The Rancher's One-Week Wife by Kathie DeNosky
Seasons in Basilicata by David Yeadon
The Promise of Paradise by Boniface, Allie
The Taylor County War by Ford Fargo
The American Princess - Best Love Story Ever by Jennifer Tate
Stolen By The Sheikh (Interracial Romance) by Kira Ward
Cinderella Dressed in Ashes ( Book #2 in the Grimm Diaries ) by Jace, Cameron
Our partner