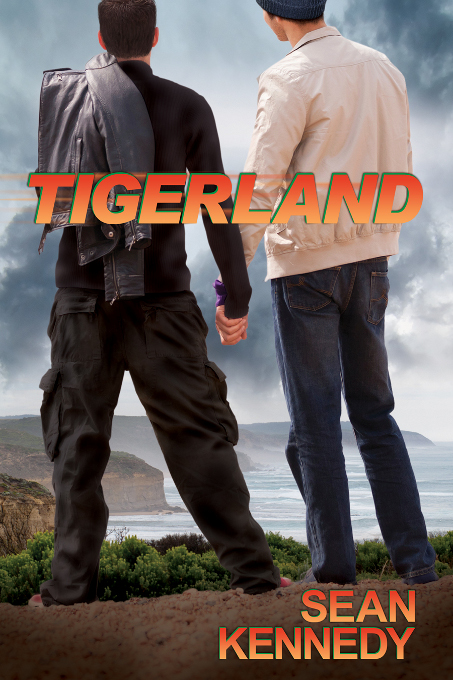 “The love story was beautiful and romantic, the characters were likeable and relatable, but most importantly it was about friendship.”

—Romance Around the Corner

“…a delightfully intricate story portraying the difficulties that would face a gay couple dealing with the present day media in the sports world.”

“These characters are so well drawn they fairly leap off the page.”

“This is not an impartial review. I am throwing away all my reviewing integrity by totally pimping this book, which is one of the best things I’ve read in ages.”

“The book is really romantic, with a lot of scenes that will melt the heart of the most romantic reader.”

“[Kennedy] has written a true to life story of two men trying to navigate their way through a relationship, and this makes for a refreshing and enjoyable read.”

“The romance was absolutely fantastic, with all the highs and lows and the intensity to make you hold your breath at times.”

I Fell in Love with a Zombie

Dash and Dingo: In Search of the Tasmanian Tiger 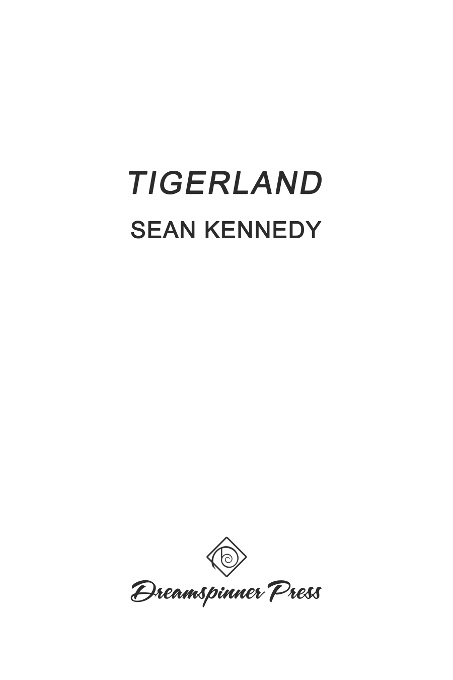 I stared with distaste into the pram. Really, it was cramping our style. Mine, anyway; Roger was oblivious to the fact that some women in the park had zeroed in on him Terminator-style, their readings declaring him to be a total DILF. And Fran wasn’t around to go all Sarah Connor on their arses if they went on the attack.

Funny how a man with a baby caused his attractiveness quotient to be increased. Even I had fallen into the trap of being an extra bit smitten when Declan romped about with his nieces and nephews. Mine were still at the pooey nappy stage, so I tried to stay away as much as possible to avoid getting called into changing duties. I liked kids when you could actually have a conversation with them, not when their level of communication was limited to trying to sing along with Hi-5.

I grumbled to myself, now staring at my feet so I wouldn’t have to face his disapproval. “You look like an idiot.”

He didn’t. And everybody in the park seemed to be in agreement. Maybe they thought we were a hot gay couple with a designer test-tube baby. I gave Roger the once-over, trying to imagine how we’d look as a family, and then had to stop myself from laughing out loud.

“Stop staring at me. You’re freaking me out!” my faux baby daddy said. “Oh, and
thanks
for being supportive.”

I threw myself down onto the nearest bench. “I wouldn’t have met you today if—”

“Shut
up
!” he yelled, clearly at the end of his tether. He didn’t have Declan’s patience for my shit-stirring, that’s for sure. “You’ll wake her up, and I just got her to sleep.”

I didn’t want to push him any further by pointing out that he was being louder than me. “Fine, let’s go.” I jumped to my feet and walked off, the creak of the pram wheels behind me as they lurched back into action. I knew I was being unfair, unsupportive, and all other words starting with ‘un’, but every time I had met Roger or Fran—or both of them—lately, they were accompanied by that
thing
.

The wheels took on an almighty screech as Roger jogged a little to come up beside me. “I only got two hours sleep last night.” I think it was an attempt at an apology for his snappishness.

“You went along with it.”

“You could have stood up to her,” I said, knowing that I would
never
dare to get in-between Fran and what she wanted.

Which Roger knew, of course. “Yeah,
you
try standing up to Fran and see what happens.”

I
could
imagine, and it wasn’t pretty. “I just wanted a peaceful afternoon. Dec’s having Abe and some of the guys over, and they would have driven me crazy watching whatever sport they had planned.”

“No offence, but if you’d brought
that
along, you would have spoiled their fun.” Although I might have actually stayed around to see how the scenario would have played out—all that crying getting in the way of the television and the testosterone. The thing was, Dec would have normally invited Roger along, but even his limits were being tested at the moment with the new arrival.

“I could have swapped with Fran, maybe,” Roger mumbled.

“So you’re saying you would rather be with Dec and his friends than your own best friend?”

I stopped and turned to face him. “I’m sorry. Look, how supportive I can be!” I leaned into the pram and made the most appalling baby talk imaginable. It was like speaking in tongues, and made about as much sense. At least I didn’t bring out the rattlesnakes.

Roger rolled his eyes and walked off. Unfortunately, he also tripped over himself, and the pram rolled away from him with an alarming speed. “The baby!” he screamed.

The pram accelerated as it tore down the small incline leading towards the fountain, glinting innocuously in the sunlight. I gave chase, but I could already tell it was useless. A cyclist appeared out of nowhere, and he wasn’t keeping his eye on the path as he leaned down to adjust something on his iPod. He never even saw the pram coming until the last moment, and when he swerved to try and avoid it, he was far too late. The pram was clipped on the side by a wheel, and as it flew through the air it actually capsized. Even from a distance, I swear time slowed down as the baby flew out over the path and onto the grass beside it, its head separating as it connected with the ground and finally rolled to a stop.

I heard Roger wail behind me, and I slowed down. There was nothing I could do now. The cyclist was now hopping off his bike and, green to the gills, he was slowly approaching the macabre tableau of the crime scene.

Roger overtook me and fell to his knees beside the tiny victim. He looked up at me with dread upon his face. “Fran’s going to kill me.”

I looked down at the “real-life” doll, now in pieces, and back to the cyclist who was bent over, vomiting. I would have to go over and assuage his guilt before he coughed up a lung. “Yep. You’re the world’s worst fake dad.”

I guess that made me the world’s worst fake godparent.

“D
O
YOU
think she’ll really be that mad?” I asked Roger as we stood outside his front door, still too scared to go in and admit to our crime of faux infanticide.

“That baby was expensive. Her cousin bought it to scare the crap out of her daughters when she found one of them had condoms, and she told Fran we’d have to pay for it if anything happened while it was under our care.”

Looking at the remains of the baby, I said, “So this was your taste of what it was like to be parents?”

“That’s not funny,” Roger moaned. He sat down on the veranda, and I sat beside him. “How can I be a dad, Simon?”

He was hoping for an answer from me that would make everything all right. But, oh man, he was asking the wrong person. “Sure you can!” I said bravely. “All parents fuck up their children in one way or another. You’ll be no worse than any other dad.”

I was whacked with the baby torso for good measure.

It was still such a struggle at times to say the things that needed to be said, because I was afraid of being cheesy or sounding naff. But years of living with Declan had forced me to open myself more, and I owed this to Roger. “Because you’ve been a good friend to me ever since we were kids, so you can’t be anything but a great dad.”

He looked like he was about to hug me, but we were interrupted by the front door being thrown open. Fran stared out at us from behind the security door.

“I thought I heard voices! Why are you guys out here?”

“Fran.” I got to my feet and spoke with my best policeman-at-the-door air. “I’m afraid we have some bad news.”

“Well, you’re both standing there in one piece, so I assume—
oh God
!”

Roger had come to stand behind me, and as he lifted the torso, I held the head before me like an offering.

“What happened?” Fran’s hands were now covering her mouth, and she looked like she was about to cry.

“The important thing is that the cyclist is okay, and he’s not going to press charges,” Roger said quickly.

Fran dropped her hands. Her mouth had taken on a steely set. “Cyclist?”

“The one who thought he had decapitated a baby.”

The X-Club (A Krinar Story) by Zaires, Anna, Zales, Dima
Fleshmarket Alley (2004) by Ian Rankin
Ginny Gold - Early Bird Café 05 - Smashed Potatoes and Gravy by Ginny Gold
Out of the Night by Robin T. Popp
Belle Gone Bad by Sabine Starr
Ruthless by Anne Stuart
Descent07 - Paradise Damned by S. M. Reine
The Gilded Curse: Will the young heiress be the next victim of her family's curse? by Marilyn Turk
Stubborn Love - A Contemporary Romance: Falling for Him (Falling for Him Contemporary Romance Series Book 6) by Gray, Jessica
Black Cherry Blues by James Lee Burke
Our partner