Read TIME AND TIME AGAIN The sequel to 3037 Online

TIME AND TIME AGAIN The sequel to 3037 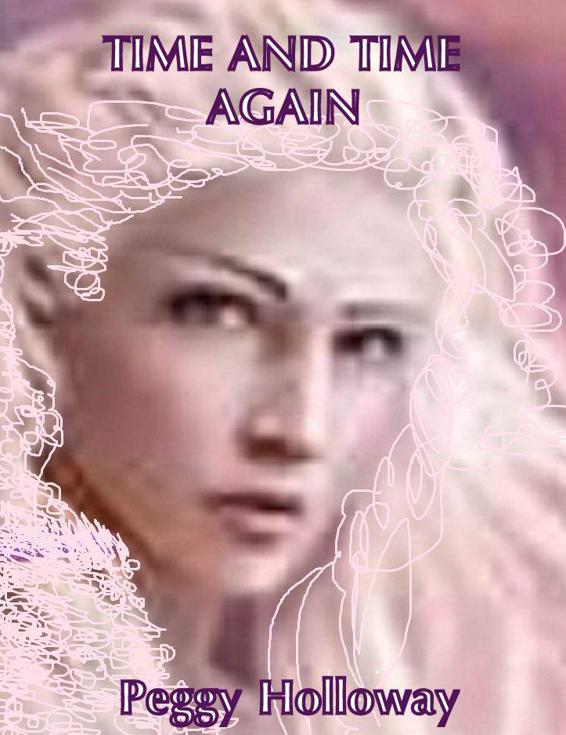 This is a work of fiction.  Names, characters, and incidents are products of the author’s imagination or are used fictitiously and are not to be construed as real.

All rights reserved.  No part of this book may be used or reproduced in any manner whatsoever without written permission from the author.

By gots2know - See all my reviews.  This review is from: Terror on the Beach (Kindle Edition)

I just couldn't put this book down once I started it. This writer makes very interesting characters which makes your imagination run wild. Would highly recommend this book

I could not put it down.

Double Shock is spectacular. When I first started reading this book I wasn't sure I would like it. Several pages in
I
found that I had a hard time putting it down. I read it in a day. There are a lot of twists in this book and the characters in the book aren't what they seem to be! I would love to explain this book, but I don’t want to ruin it for other readers.
When Ramona finds the courage to get rid of her biggest problem she finds that her biggest problem leaves behind many other problems. Unfortunately she was left in the dark. Now she has to solve the mystery of what the people in her small town are really up to. Great Read!
(
reviewed
within a week of purchase)

This is a great story that made me think about how radical ideas can thrive and be nourished within a community, without detection buy those who are not involved. It is fiction, but it is hauntingly close to the shameful reality that has played a part in our history; in some measure, on different levels, it still thrives there today.
Within the pages of this book you will find hate, love, pain, fear, intrigue, action, loyalty, betrayal, defeat and victory; a broad spectrum of human emotions in a believable setting.
(
reviewed
within a week of purchase)

I was cooking supper and, like we always did, all we women pitched in.
The year was 1956, and we had been in St. Augustine, Florida for two years.  This was in the days before the commune, but we had found it more efficient ever since we all lived in the cave.  We now lived in the houses left by the cave thing.

All the children were playing on the beach and the men had been sitting on the sand dunes watching them.

When Joe yelled for me, I wiped my hands on my apron and ran outside thinking one of the kids was hurt.

As soon as I stepped out onto the porch, he pointed, “Look, the cave’s back.”

I stared in wonder and noticed that Irene was walking toward the cave.
“I hope it doesn’t mean we have to move on, Joe.  I like our life here,” I said.

“Remember what you once said, Ashley?”

“I said we were on a mission, but that was two years ago and I thought we had earned the right to settle down, finally.  Our kids are all in school and I don’t think some of the other women will go for it.”

“So, what are you saying, Ashley, that you refuse to go?  You know that we have to
go
.  Look
at the difference we’ve already made.  Remember how the future would have turned out if we hadn’t come back to this time frame and helped put Charles Manson on a different path?”

I didn’t say anything for awhile and just stared off toward the cave.  I was remembering
dying in 1973 of a heart attack and waking up in the year 3037, on another planet.  That’s where and when I met Joe.

The people on his planet at that time were dying from computer chips that the government had implanted in their brains that were supposed to make them fertile again.  The women on the planet were no longer having children.

Young Bloods by Scarrow, Simon
In Favour of Fools: A Science Fiction Comedy (These Foolish Things Book 1) by J Battle
Muriel Pulls It Off by Susanna Johnston
Dating Without Novocaine by Lisa Cach
Chosen by Jessica Burkhart
UnleashingtheAnimal by J L Taft
Breath and Bones by Susann Cokal
The Forty Rules of Love by Elif Shafak
Bittersweet by Cathy Marie Hake
See How She Fights by MIchelle Graves
Our partner