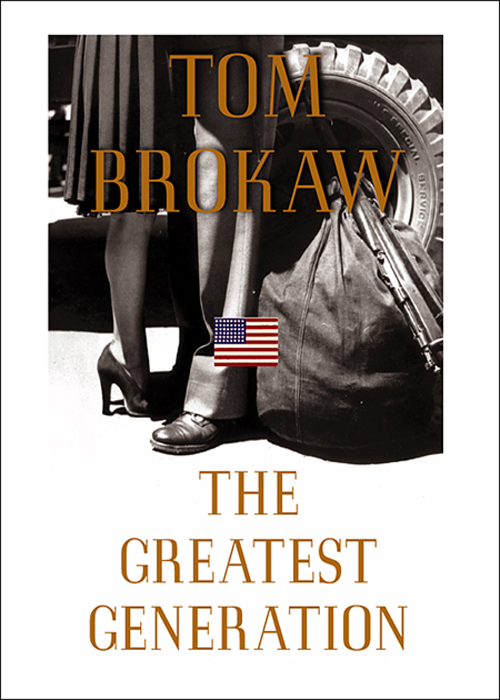 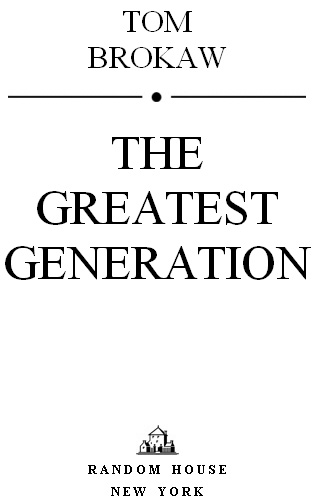 THE TIME OF THEIR LIVES

WOMEN IN UNIFORM AND OUT

THREE WOMEN AND HOW THEY SERVED

THE TWILIGHT OF THEIR LIVES

For Meredith, of course,

When I first came to fully understand what effect members of the World War II generation had on my life and the world we occupy today, I quickly resolved to tell their stories as a small gesture of personal appreciation. As I did that on television, at dinner parties, and in commencement speeches, it had the effect of a chain letter that no one wanted to disrupt. Everyone seemed to want to share their own stories of parents, other family members, or acquaintances who were charter members of this remarkable generation.

It rapidly became a kind of extended family, and with the encouragement of a number of friends I began to understand that this was a mother lode of material that deserved the permanence a book would represent. It was a daunting undertaking: because there are so many stories to tell and because the lives of these people are so special I didn't want to do anything in a book that would not live up to their deeds, heroic and otherwise.

If I have failed them, it is entirely my fault.

In the course of gathering this material, interviewing the subjects, and collecting the photographs, I had invaluable assistance from the best and brightest of a new generation, young women and young men in their twenties and thirties who came to care about these subjects as passionately as I did.

Elizabeth Bowyer, now a law student at the University of Virginia, and Phil Napoli, a newly minted Ph.D. in history from Columbia, teamed up with Julie Huang, my research assistant at NBC News, to work tirelessly and brilliantly to provide me with an unending supply of stories, facts, insights, and ideas. I am more grateful to them than they'll ever know. I'd also like to thank Tammy Fine, who helped get the project started before moving to Washington and a new assignment on the
Today
show.

Through it all, Erin O'Connor, who runs my NBC life with the organizational and mission-oriented skills of a battlefield commander, was simply peerless in her ability to juggle all of the needs of this book, my NBC News duties, and the considerable logistical demands of both. Metaphorically, if I go into any battle, I want Erin at my side.

Other friends who initially encouraged me to expand my thoughts on the World War II generation into a book include Stephen Ambrose, Ellen Levine of
Good Housekeeping,
and William Styron. I was further encouraged in the effort by reading the works of William Manchester, Paul Fussell, Ben Bradlee, Andy Rooney, and Art Buchwald.

So many ideas came from so many places, but I would be remiss not to single out my pal Mike Barnicle, the best newspaper columnist Boston has ever had; Bob Karolevitz, a fine writer in my hometown who wrote of his generation for the local newspaper,
The
Yankton Press and Dakotan;
the astute observations of my friends Kurt Andersen and Frank Gannon; and my NBC colleagues, who offered to share notes and enthusiasm and tolerated my fits of frustration, distraction, and emotion.

Special thanks go to Craig Leake and Andrea Malin, my colleagues on the NBC documentary also called
The Greatest Generation.
They were simultaneously able to get some of these stories on screen while also helping me get them on the pages of this book. I could not be more proud to be associated with both of them on both projects.

Also, since a book is about more than writing it and publishing it, I am deeply grateful for the counsel and expertise of my business manager, Kenneth Starr. (No, not
that
Ken Starr. This is a New Yorker with an altogether different line of work.)

And what can I say of the keen eye, the great heart, and the indomitable spirit of the woman who has been commander in chief on this project, Kate Medina, my editor at Random House? Her enthusiasm for the subject, coolness under fire when the schedule was shattered by events in Washington and elsewhere, and, most of all, her friendship through it all will live in my heart forever. For all that she managed during the last twelve months, Kate deserves her own chapter in this book. And special thanks to the team at Random House who helped produce this book: Meaghan Rady, Benjamin Dreyer, Richard Elman, and Carole Lowenstein.

As always, I'm grateful for the love, encouragement, and tolerance of the women who have made all the difference in my life: Meredith, my wife; Jean, my mother; Jennifer, Andrea, and Sarah, our daughters.

Finally, to the men and women whose stories I did not get to, I am genuinely sorry, for I have loved them all. I hope you will tell them in your own way. To those families and friends of other members of the greatest generation, may I suggest you now begin to ask the questions and hear the stories that have been locked in memory for too long. 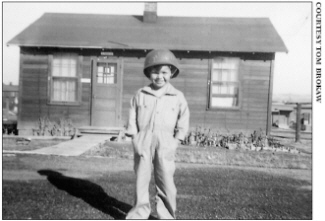