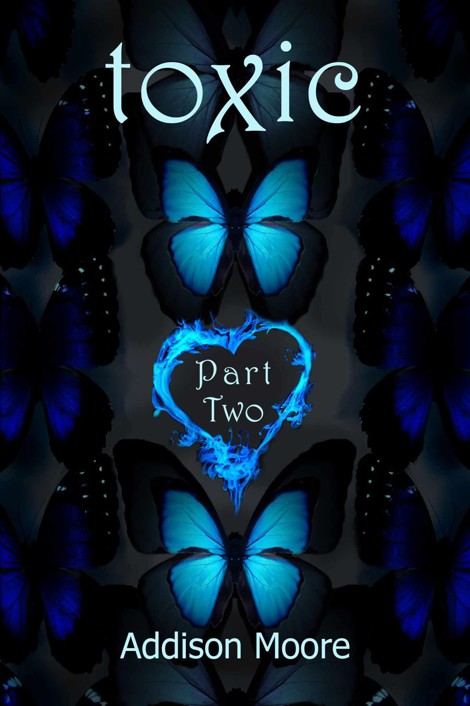 This novel is a work of fiction. Any resemblance to peoples either living or deceased is purely coincidental. Names, places, and characters are figments of the author’s imagination. The author holds all rights to this work. It is illegal to reproduce this novel without written expressed consent from the author herself.

thank you for doing the dishes.

Caught in the Act

They say death comes for you once and no more, and then you dissolve to bones, disintegrate from the memory of the world and cease to exist forever. Yet, here in Elysian Fields—the great chasm, which divides the living and the dead—life feels every bit as natural and familiar as it once did on Earth. This place, this paradise, exposes death as the sham it really is. The stench and sting it wielded like a bully proved nothing but a fraud in the end.

Logan and I lie wrapped in one another’s arms under a vanilla sky in this strange world. Death has invited us over—asked us to stay, to inspect the surroundings, linger for all of eternity if we wanted.

Logan shook loose all of my mother’s bizarre intentions, laid them out in front of me like puzzle pieces that could never fit together, with too many pieces missing to understand the big picture. That’s my mother in a nutshell.

She pulled Logan out of the past and brought him front and center into my life, and I’m starting to think this has more to do with our genetic makeup colliding on a physical level than it does regarding love and all of its impractical concerns.

“I thought the past didn’t change.” I pull my eyes along Logan’s precious face. I wish this moment would stretch out forever, but I can feel it closing in on us, coming to an end like a rubber band ready to retract. “But it changed for you.”

“Your mother changed it,” he says, swallowing his excitement. “She said I made an impression on her and that she wouldn’t let me go to waste, that I wouldn’t have to worry about being lonely again.” Logan holds me with a heavy gaze. “She said her daughter needed me. That we were meant to be together right from the beginning but we were on different paths.”

“That’s me.” I breathe the words like a dream.

“She said our paths would converge, then disperse for a short time.” His expression dims. The light in his soul goes out completely before starting in on an incandescent flicker. “Then we would back. We would find our way together again.” He pants as his lips bloom into a smile. “She said our love would be strong, Skyla—that we had a spiritual covenant.”

I take in a breath and blink back fresh tears, this time they were all for Gage. A slow boiling anger stirs in me.

“She tell you why she shoved another perfectly good Oliver in my direction?” I want to strangle her for breaking my heart, for breaking Gage’s heart—for toying with us like we were kittens. It makes me want to claw her perfect, sparkling eyes out.

“It’s OK, Skyla.” Logan shakes his head. His brow creases as the world starts to wobble like a stiff piece of plastic, bending and flexing violently in the breeze. “Believe me—there is a time for us. And we will love deeply.”

The world snaps into darkness.

Logan and I appear back at the Falls of Virtue in a pool of illuminated water.

“Logan!” I pull him in and hold on tight. I have just as many questions as I do when we started out, only now I’m afraid to ask them. Every good feeling has washed away and the stale air of the planet infiltrates my marrow with a destitute misery.

“I love you, Skyla Messenger,” Logan whispers, brushing his lips against my ear like painting a picture. “It will all work out in the end. I promise.”

“I love you too,” I say and I wonder what he really means by “the end.”

Logan drives me home with little fanfare over the conversation that took place at the Falls of Virtue. He slides his truck along the bottom of the driveway and kills the ignition before looking up at the darkened windows.

“Maybe don’t tell Gage just yet about what your mom said.” He whispers it out like the secret it is.

“She wasn’t very clear.” I shake my head at the thought of trying to decipher exactly what was said. “That little girl”—I glance out the window at the dull fog lapping over his windshield in waves—“you think she belonged to us?” It seems so farfetched, so out of reach even in the supernatural order of things.

“God I hope so.” Logan reaches over and picks up my hand. He caresses my fingers over his lips so achingly slow and sweet, brushing them with his heated breath.

“So the butterfly room, huh?” He darts a grim look in the direction of the attic. Logan is fully aware that Gage is meeting me up there later tonight.

“The butterfly room,” I whisper as guilt coats me from the inside like an oil slick.

He taps me on the knee, leans in and offers a chaste kiss to the top of my cheek.

“Nothing changes for us, Skyla.” He needles the point home with a strange intensity. “Whatever your mother decreed, it stands.” Logan always seems to know a little more than he lets on. I’m afraid of what the foundations of that decree might be, so I don’t push it.

Instead, I open the door and let the crisp night air embrace me with its damp tendrils as I slide out of the truck. “Hey, Logan?”

“Yeah?” His golden hair illuminates like a lamp. His chiseled features, his high-cut cheeks catch the moonbeams and make them annunciate all his glory. Logan Oliver redefines the word gorgeous in every way. He should be arrested for housing all that ungodly beauty in just one person.

“What do you think my mother meant by ‘our paths would converge, then disperse for a short time?’”

“I can only guess.” The muscles in his jaw pop as if he has an inkling, but doesn’t want to say. “You’re forgetting my favorite part.” His dimple inverts as he bears a smile. “She said we’d be back. We would find our way together again—that our love would be strong.”

“That we had a spiritual covenant.” I finish the rest of my mother’s sentiment for him. “I guess that’s the plan.”

I blow him a kiss as I make my way up the driveway. All of the possibilities run through my mind. Had Logan and I parted paths already? Is that what Gage was? Some quick detour? If so, I guess that means my days with Gage are numbered. But it doesn’t feel right. Something doesn’t settle well with me.

Logan waits until I’m safely in the house before he roars the truck back to life and takes off down the street. I watch until his taillights disappear and then the rosy glow of the fog after that.

Really there were no clear answers from my mother per usual. She seemed to be a ball of confusion in the atmosphere of our lives, sucking us in one by one, then spitting us out at random. I’m sure whoever gave her the job of high hostess and supreme decision maker—judge no less—is seriously reconsidering his options.

I head up to my bedroom, and slide the dresser over the door because I’m expecting company—Gage, my boyfriend. Gage, who I almost willingly flushed out of my life for Logan what with all that happy gas floating around up there. Gage, who may or may not have given Chloe Bishop a ride home tonight.