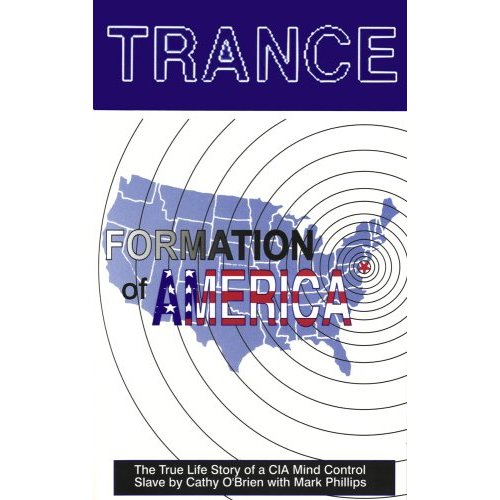 Annotation
According to Mark Phillips and Cathy O'Brien, the United States is run by an elite group of New World Order fanatics who are involved in the abduction of sexually abused children. These children are brainwashed and turned into slaves by the US Government. Cathy O'Brien claims that she was abducted into the CIA's MK Ultra mind control project, suffered years of torture and abuse and would have been killed if not for her rescue by Mark Phillips. Written in a lucid hallucinatory style, Trance is hard to put down. The names named and the crimes sighted are of a magnitude beyond anything you can imagine.
Cathy O'Brien, Mark Phillips
Trance Formation of America
NINTH PRINTING
Since the first printing of TRANCE was released in September 1995, many of the hard-to-comprehend details have been verified and miraculously managed to surface through our controlled medias. Please help us any way you can to provide this book to anyone who will further research its contents and thus shine the light of truth on the psychological warfare plan that is being silently waged against humanity.
Please remember, for as long as your thoughts remain free, and consider the psychological annoyance power of a single mosquito in a room with no light.
This book will remain in a print until justice prevails, the technological antidote for Kelly is provided, and unbiased, uncensored mass news media attention is given to the contents of this book. Thank you for your support.
FOREWORD by Mark Phillips

"… with liberty and justice for all"

Preamble to the United States Constitution