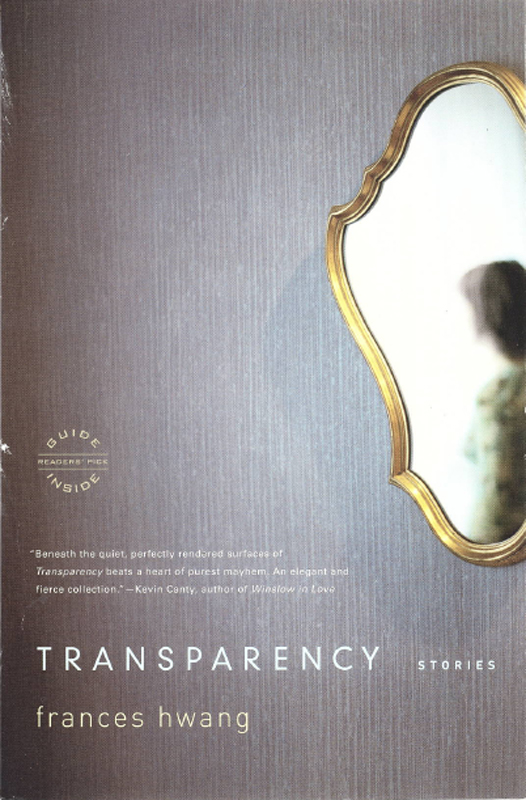 All rights reserved. Except as permitted under the U.S. Copyright

Act of 1976, no part of this publication may be reproduced, distributed, or transmitted in any form or by any means, or stored
in a database or retrieval system, without the prior written permission of the publisher.

Subtropics
(“Intruders”), and
Glimmer Train
and

In “The Old Gentleman,” the quotations on pages 3 and 4 by Cao Xueqin appear in his novel
The Story of the Stone
, translated by David Hawkes (Penguin Books, 1973). The line of verse quoted on page 9 by Meng Chiao is from “Failing the Examination,” translated by Stephen Owen and published in
Sunflower Splendor
, which was coedited by Wu-chi Liu and Irving Yucheng Lo (Indiana University Press, 1975). On page 31, Lily’s recollections of her husband’s calligraphy being burned by the state were inspired by a true story published in
Chinese Lives
by Zhang Xinxin and Sang Ye (Pantheon Books, 1987). In “Sonata for the Left Hand,” the verse recited on page 133 is from Horace’s “Diffugere nives,” Ode 4.7, translated by A. E. Housman and published in his collection
More Poems
(Alfred A. Knopf, 1936).

For my parents,
Nancy and Jau-fu Hwang

A Visit to the Suns

Sonata for the Left Hand

Questions and topics for discussion

A
s a young girl, Agnes was often embarrassed by her father. Her family lived on the compound of a girls’ high school in Taipei
where her father worked as principal. On Monday mornings, after the flag had been raised and the national anthem sung, he
liked to give speeches to the students assembled in the main courtyard. To get their attention, he stood with silent, aggrieved
humility, his arms dangling at his sides, his limp suit already wrinkled from the humid weather, the front pockets stuffed
with his reading glasses, a spiral notebook, a pack of cigarettes, and a well-used handkerchief. When he opened his mouth,
he did not immediately speak, desiring that slight pause, that moment of breath in which everyone’s attention was fixed on
him alone. He quoted regularly from Mengzi, but his favorite writer was Cao Xueqin. “’ Girls are made of water and boys are
made of mud,’ “he declared. Or “’The pure essence of humanity is concentrated in the female of the species. Males are its
mere dregs and off-scourings.’ “He clasped his hands behind his back, his eyes widening as he spoke. “Each of you is capable,
but you must cultivate within yourself a sense of honesty and shame.” He reminded the girls to rinse their mouths out with
tea when they said a dirty word. He discussed matters of personal hygiene and reprimanded them for spitting on the streets.
Agnes’s father had a thick Jiangbei accent, and students often laughed when they heard him speak for the first time.

When Agnes was eleven, her mother was hospitalized after jumping off a two-story building and breaking her hand. The following
Monday, her father opened his mouth in front of the student assembly, but no words came out, only a moaning sound. He covered
his eyes with a fluttering hand. Immediately a collection was started among students and faculty, a generous sum of money
raised to pay for her mother’s hospital bill. A story was posted on the school’s newspaper wall in the courtyard in which
a student praised Agnes’s father for his selfless devotion to “a walking ghost.”Older girls came up to Agnes and pressed her
hand. “Your poor mother!” they exclaimed in sad tones. They marveled at her father’s goodness, assuring her that a kinder
man could not be found.

Agnes intentionally flunked her entrance exams the next year so that she would not have to attend her father’s school. She
ended up going to a lesser school that was a half-hour commute by bus. Sometimes she rode her old bicycle in order to save
bus fare.

Her family occupied a three-room house without running water in the school’s outer courtyard. Because her mother was sick,
a maid came every week to tidy up their rooms and wash their clothes. The school’s kitchen was only twenty yards away, and
Agnes washed her face in the same cement basin where the vegetables were rinsed. Her father paid the cook a small sum to prepare
their meals, which were always delivered to them covered with an overturned plate. At night they used candles during scheduled
blackouts, and, with the exception of her mother, who slept on a narrow bed surrounded by mosquito netting, everyone — her
father, her brother, and Agnes — slept on tatami floors.

Sometimes when Agnes mentions her early life in Taiwan to her daughters, they look at her in astonishment, as if she had lived
by herself on a deserted island. “That was the nineteen fifties, right?” one of them asks. The other says, “You were so poor!”

“It wasn’t so bad,” Agnes replies. “Everyone lived the same way. so yodidn’t notice.”

What she remembers most from that time was following a boy in her choir whom she had a crush on. When she passed by him on
her bicycle and the wind lifted her skirt, she was in no hurry to pull it down again. Some days, she picked up the cigarette
butt that he tossed on the street and slipped the bittersweet end between her lips. She kept a diary, and it was a relief
to write down her feelings, but she burned the pages a few years later when not even the handwriting seemed to be her own.
She did not want a record to exist. No one in the world would know she had suffered. Agnes thinks now of that girl bicycling
around the city, obsessed and burdened by love. It isn’t surprising that she never once suspected her father of having a secret
life of his own.

Her parents moved to the United States after her father’s retirement, and for nine years they lived in their own house in
Bloomington, Indiana, a few miles from her brother’s farm. After her mother’s death, Agnes thought her father would be lonely
by himself in the suburbs and suggested that he move to Washington, DC, to be closer to her and her daughters. She was a part-time
real-estate agent (she made most of her money selling life insurance), and she knew of a government-subsidized apartment building
in Chinatown for senior citizens. At Evergreen House, he could socialize with people his age, and when he stepped out of his
apartment, he had to walk only a couple of blocks to buy his groceries and a Chinese newspaper.

Her father eagerly agreed to this plan. Six months after her mother died, he moved into Evergreen House and quickly made friends
with the other residents, playing mahjong twice a week, and even going to church, though he had never been religious before.
For lunch, he usually waited in line at the nearby Washington Urban League Senior Center, where he could get a full hot meal
for only a dollar.

At seventy-eight, her father looked much the same as he did in Taiwan when Agnes was growing up. For as long as she could
remember, her father had been completely bald except for a sparse patch of hair that clung to the back of his head. By the
time he was sixty, this shadowy tuft had disappeared, leaving nothing but shiny brown skin like fine, smooth leather. Her
father had always been proud of his baldness. “We’re more vigorous,”he liked to say, “because of our hormones.”He reassured
Agnes that he would live to a hundred at least.

Every day, her father dressed impeccably in a suit and tie, the same attire that he wore as a principal, even though there
was no longer any need for him to dress formally. “Such a gentleman!” Agnes’s friends remarked when they saw him. He gazed
at them with tranquillity, though Agnes suspected he knew they were saying flattering things about him. His eyes were good-humored,
clear, and benign, the irises circled with a pale ring of blue.

If anything, Agnes thought, her father’s looks had improved with age. His hollow cheeks had filled out, and he had taken to
wearing a fedora with a red feather stuck in the brim, which gave him a charming and dapper air. Maybe, too, it was because
he now wore a set of false teeth, which corrected his overbite.

Every other weekend, he took the Metro from his place in Chinatown to Dunn Loring, where Agnes waited for him in her car.
He would smile at Agnes as if he hadn’t seen her for a year, or as if their meeting were purely a matter of chance and not
something they had arranged by telephone. If her teenage daughters were in the car, he would greet them in English. “Hello! How are you?” he said, beaming.

Her daughters laughed. “Fine! And how are you?” they replied.

Agnes supposed the three of them found it amusing, their lack of words, their inability to express anything more subtle or
pressing to each other. Her daughters were always delighted to see him. They took him out shopping and invited him to the
movies. They were good-natured, happy girls, if spoiled and a little careless. Every summer, they visited their father in
Florida, and when they came back, their suitcases were stuffed with gifts—new clothes and pretty things for their hair, stuffed
animals and cheap bits of jewelry, which they wore for a week and then grew tired of. Their short attention spans sometimes
made Agnes feel sorry for her ex-husband, and she enjoyed this feeling of pity in herself very much.

In March, her father visited a former student of his in San Francisco. He came back two weeks later overflowing with health
and good spirits. He gave silk purses to the girls and a bottle of Guerlain perfume to Agnes. It was unlike her father to
give her perfume, much less one from Paris. She asked him how he had chosen it. “A kind lady helped me,”he replied soberly.
Agnes thought he meant a saleslady at the store. But later, as she was going through his suit pockets, emptying them of loose
change and crumpled tissues and soft pads of lint—she planned on going to the dry cleaner that afternoon—she found a sliver
of light blue paper folded into eighths. It was a rough draft of a letter, without a date or signature, addressed to a woman
named Qiulian. Her father wrote in a quaint, tipsy hand. His characters were neat though cramped, etched on the page, as the
ink from his pen was running out.

You cannot know how happy I was to receive your letter. I hope you are well in San Francisco, and that you have had restful
days. I think of you often, perhaps more than I should. Like this morning, for instance, I wondered when exactly you had lived
in Nanjing. Is it possible we lived in that city at the same time? I like to think that we passed each other on the street,
I, a young man in his early thirties, and you, a schoolgirl in uniform with your hair cut just below the ear. We walked past
each other, not knowing our paths would cross again—so many years later!

Cowboy from the Future by Cassandra Gannon
Matt Drake 14 - The Treasures of Saint Germain by David Leadbeater
Anita Mills by Miss Gordon's Mistake
Yours, Mine, and Ours by Maryjanice Davidson
The Reunion by Curt Autry
Fat Girl by Leigh Carron
Anybody Out There - Marian Keyes by Anybody Out There
The Writer by D.W. Ulsterman
Roaring Up the Wrong Tree by Celia Kyle
An Inconvenient Wife by Megan Chance
Our partner