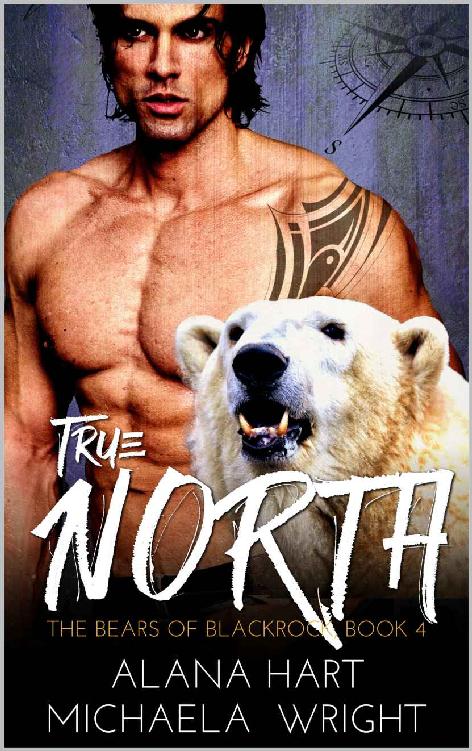 The Bears of Blackrock - Book Four

All rights reserved worldwide.  No part of this publication may be reproduced, distributed or transmitted in any form or by any means, or stored in a database or retrieval system, without the prior written permission of the author.

This book is a work of fiction.  Names, characters, places and incidents are products of the author’s imagination or are used fictitiously.  Any resemblance to actual events, locals or persons, living or dead, is entirely coincidental.  Please note that this work is intended only for adults over the age of 18 and all characters represented as 18 or over. 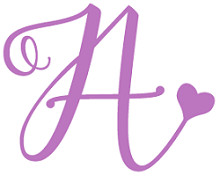 Alana Hart’s newsletter is the absolute best way to stay up to date with new releases, free books and special offers from Alana Hart.

Would you like to receive Alana Hart’s new releases for FREE, in exchange for an honest review of 20 or more words?

Sign up here if you’d like to be notified of Michaela Wright’s new releases and special offers -
http://eepurl.com/bEvGB1

Theron could smell the salt of sea water in the air, and he closed his eyes to relish it.

The town of Kilikut was so reminiscent of his corner of Maine, Theron felt a flood of relief when he climbed out of the boat onto a dock, feeling the sway of water sloshing beneath him before he made his way to shore.

The community was tiny, as all communities this far north were. He was used to it. Downeast Maine wasn’t the most populace place on earth, either. Still, in Blackrock, if he wanted to hit up a Wal-Mart, he could drive an hour down to Ellsworth.

Kilikut was easily a three hour boat ride from the nearest anything.

Theron imagined his mother growing up in such a place. Even Maine felt bustling compared to this. He thought of his mother and cringed.

His last words to her had not been kind.

No matter how true his words may have been, he was regretting their argument as he wandered into the quiet streets of Kilikut, Labrador.

It was her, after all, who’d called up to her family home to make sure Theron had a place to go – a place he’d be safe.

He set his backpack down on the dock, waving to the boat as his ride backed out into the Atlantic. Theron pulled his old iPhone out of his pocket and pulled up his mother’s contact. He pressed send.

“Hello?” A voice said on the other line, the word barely decipherable through the crackle of bad connection.

Theron glanced at his phone to find the weakest roaming signal he’d ever managed a connection with. “Mom! Are you there? I wanted to say I’m sorry. Mom?”

The three tell-tale beeps signaled the call had failed.

Theron sighed and put his phone away.

The main road wasn’t paved and betrayed a recent snowfall, now melted into puddles on the dirt road. The fishing village was a cluster of white houses, double wide prefab trailers, and the shore was littered with boats.

Theron caught the eye of a woman standing by her house as he sauntered through town. He gave the woman a wave. She seemed confused by his presence.

He wasn’t surprised. Kilikut wasn’t exactly the kind of place to get visitors.

Theron had stopped into the reserve where his mother grew up, several hours southwest.

“Most of the Holdens moved up to the Extension,” he’d said, just after giving him a surprisingly friendly hug. Uncle Bill was as nice a guy as his mother promised.

As far as Uncle Bill could guess, Kilikut was a half hour drive from the reserve where his family now lived. It was late-September, and though it was cold, he could manage a trek on foot if need be.

He was a shifter after all. A little cold couldn’t slow him down.

Theron marched up the hill toward the north, hoisting his backpack up high on his shoulders. He had to either find someone to take him north or at the very least offer directions. If neither of those options worked, he’d have to pray to catch the scent of shifter on the road north, otherwise he might march off into the tundra, never to be seen again.

Theron came around a corner to find a man standing by his pickup truck, packing up the bed with crates. The man looked to be in his forties, cleanshaven, even in the cold, zipped up tight in a heavy duty jacket. Theron waved the man down, smiling when he spotted the Ice Caps hockey logo on the man’s hat.

The man spotted Theron and his eyebrows shot up. Clearly, new faces were uncommon in Kilikut. “Well, hello there. I’m Baird,” the man said.

Theron slowed down. The man smiled wide, coming around the corner of the truck bed to shake Theron’s hand.

Theron couldn’t help but smile. This felt like the most stereotypically Canadian exchange of his life. It could get more Canadian if Baird stopped mid-sentence to call Theron a hoser, then apologized for it.

“Nice to meet you, Baird. My name is Theron.”

“Nice to meet you. What brings you to this corner of the godforsaken north?” He said, plunging his hands into his jeans pockets.

“I’m actually up to visit family,” Theron said, glancing off toward the water.

Theron nodded. Inuit, Passamaquoddy, and a whole slew of other tribes over the years. Bears had a knack for finding each other when it came to marrying off their kids.

“Where’s your family located? Do you know whereabouts, exactly? I could give you a lift if you need.”

“Oh, man. Thank you. That would be amazing. I’m actually trying to find the Holdens. Have you ever heard of them?”

“The Holdens, huh?” Baird said, turning toward the bed of his truck. He leaned over the side, flipping back the cover of a long crate.

“Yeah. A man on our home reserve said they moved up around these parts. I’m just trying to -”

Theron stopped as the sound of a bolt action rifle startled him to attention. He turned back to find Baird standing by the bed of his truck, a Lee Enfield shouldered and pointed directly at Theron’s chest.

“What exactly do you want with the Holdens?” Baird asked.

“Whoa, fella!” Theron said, throwing his hands up in the air. “Don’t shoot me. I’m just trying to find my family.”

“Your family?!” Baird said. “You want me to believe you’re some long lost lovechild of somebody up here? Forgive me if I don’t believe you.”

“I am a Holden. My name is Theron Sleeps On Stones Talbot. My mother is Karen Holden, married Maynard Keeps His Word Talbot from the Passamaquoddy tribe of Blackrock, Maine. My mother’s mother is a Holden. I was told she moved here.”

Baird stared down the barrel of the gun for a long moment, then softened, letting the gun hang down along the truck bed. “Karen Holden?”

Theron took a slow breath. “Yes. She used to come up here from time to time to visit.”

“I’ve never been sure of anything more.”

Baird let his shoulders relax. “Alright, then. Sorry about that. Hop in. I’ll bring you up to the Extension. I’m making a delivery up that way, anyway.”

Theron stood frozen for a long moment, unable to move. Baird set the rifle back into the crate and climbed into the driver’s seat of the truck. Theron swallowed, his heart pounding in his chest, and finally moved up to the passenger side door.

“You’re not gonna shoot me, are you?” Theron asked.

Baird almost blushed. “I am sorry about that. It isn’t everyday someone comes looking for the Holdens. They’re a private sort if you know what I mean.”

Theron snorted. He certainly did.

Theron opened the passenger side door and climbed in, holding the backpack in his lap as Baird pulled away from the side of the road and headed north.

The dirt road winded along the coast, potholes and divots announcing every turn. Theron sat in silence, watching the coast slowly move past. He glanced at Baird’s hands a few times, as though he feared the guy was secretly packing even more heat.

“So, you like the rest of the Holdens, then?” Baird asked after a long silence.

“Not sure. I’ve never actually met them.” Theron continued to stare out the window, trying not to feel lost.

“I guess that means you’re a bear then, yeah?”

Theron’s mouth fell open and he turned to stare at Baird. “I – What? I don’t know what you mean.”

“You can shapeshift, eh? Like the rest of them? No wonder they’re so secretive. Quite an unexpected family trait,” Baird said, giving Theron a nudge. Theron almost dropped his phone as a result.

“Oh, you won’t get a signal on that bad larry up here, friend.”

Theron wasn’t surprised, but he didn’t care about that. “Wait, are you a Holden?”

Baird laughed. “No, sir. I’m a Davenport, through and through. My mother was a Fraser. Ancestors came over during the Highland struggles.”

Theron couldn’t compute any of Baird’s comments about his family.

Baird smiled. “I’m a Mounty. Or what passes for one out here in the wilderness. It’s my business to know what goes on in my territory, wouldn’t you say?”

Baird smiled. “I certainly am. Oh, here we are.”

Baird slowed the truck as Theron turned to look at the road up ahead.

The road stopped at a high metal gate. Baird hopped out of the truck and marched over to a small panel on one end of it. A moment later, the gate rolled to life, sliding aside to let Baird drive through. Theron felt the truck lurch over the metal grating that severed the road there. He’d seen reservation gates before, but nothing as intense as this. Theron glanced back toward the gate as though drove on and saw a high wire fence stretching off from either side of the gate until it disappeared in the distance.

Theron’s stomach tightened. Something didn’t feel right, but he sat in silence, waiting for Baird to deliver him to his family – most of which he’d never so much as spoken to on the phone.

The road disintegrated into a path of potholes and rocks, but Baird trudged onward, his four wheel drive showing its mettle with every turn.