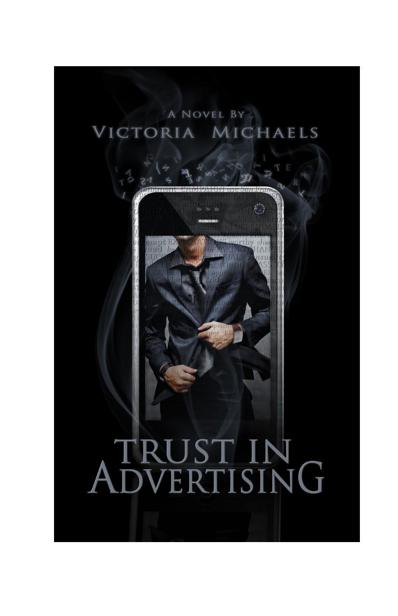 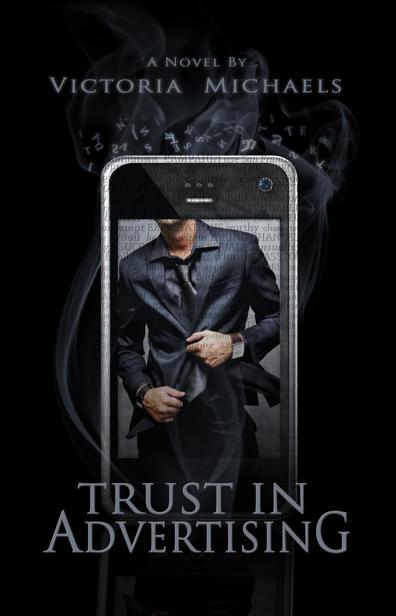 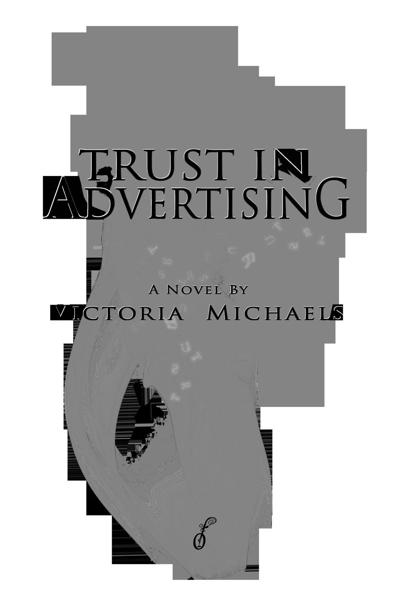 The characters and events in this book are fictitious.

Any similarity to real persons, living or dead, is coincidental and not intended by the author.

Lexi sat quietly in the second row of metal folding chairs, looking out from the stage at the audience before her. The auditorium was filled with the smiling, happy faces of parents, grandparents, aunts, uncles, and siblings. Today was not only about endings but also about new beginnings. Flashbulbs went off constantly, hands waved in the crowd, and tears of pride were shed.

She peered out and saw her dad, Harry, sitting proudly down in front, his eyes glancing up at Lexi, full of respect and a touch of sadness at realizing that his little girl was growing up. Uncomfortably dressed in a shirt and tie, Harry fidgeted with his collar, then fanned himself with his program to provide some relief from the increasing temperature in the small room. He winked at her when she looked his way, and Lexi couldn’t help but smile.

Life hadn’t been easy for Lexi and her father since her mother, Marie, suddenly died six years ago. They held on tightly to each other and together made it through the darkest moments, coming out on the other side, a piece of them missing, but able to embrace life again. Two years ago, with no other family left, Harry moved them from Tampa to Riverdale, a town a few hours outside San Francisco where he had lived when he was a boy. Many of his old friends had moved from the area, but for Harry, it was still a comfort to get away from the memories of Tampa and go back to his hometown.

The voice of Michelle Fulton, the class valedictorian, rang loudly from the podium, breaking Lexi from her thoughts. “And so, my fellow classmates, I Victoria Michaels

encourage you to leave this place and find yourselves. Become the person you are destined to be. Find that which truly makes you happy and have the courage to go after it, fight for it, and attain it. Let nothing stop you, because each one of us is special, and we have something unique to offer the world. Never forget to be true to yourself and go after your dreams, for dreams really do come true.

Congratulations to the class of ’98!”

Thunderous applause rose from the crowd and filled the auditorium. Mr.

Barnes, the principal, came up onto the stage and stood next to the tall stack of diplomas on the table near the podium. He slipped the top one from the pile as the vice-principal took her place behind the microphone and began calling names.

On cue, the front row of students stood up from their chairs and began heading toward the podium, lining up for their big walk across the stage. Their movement allowed Lexi an unobstructed view of her classmates.

“Martin Alexander.” A tall boy with red hair sprang across the stage, gave a triumphant bow to the crowd, and held his diploma high over his head before returning to his seat.

Lexi tried her best to focus on the audience and keep her promise to herself to let it go, but she couldn’t. Her eyes briefly darted to her left, and she caught a glimpse of messy dark brown hair. She forced herself to immediately look away.

“Denise Banks.” The six-foot tall basketball star lumbered across the stage and shook the principal’s hand before walking past Lexi to return to her seat.

Lexi took a deep breath and lowered her head, knowing it would be over soon.

“Benton Claymore.” Lexi glanced a few seats over at Michelle, who clapped furiously as her boyfriend, Ben, strode across the stage and accepted his diploma.

Michelle and Ben had been dating for two years and were voted cutest couple by the senior class.

Lexi smiled and stole a peek at Anna, the one girl who had always been kind to her and even attempted to get her to come out of her shell a little. The two had been in various classes and clubs together, but a real friendship never quite took root because of how awkward Lexi was with people. And then there was the issue of Anna’s twin brother …

Lexi’s heart pounded in her chest, but she refused to look up. Laughter erupted from the crowd seconds later, and she knew he’d probably done some-2

thing funny or dashing because that’s just the kind of guy he was. Most popular, most likely to succeed, best body, nicest eyes, you name it, Vincent had been voted it by the graduating class. She could even hear his girlfriend, Jennifer Stanton, clapping loudly for him. Lexi’s eyes stayed firmly planted on her hands, which she had clutched together in her lap. Her long nails dug into her skin as she fought the urge to look up at him. She smelled his cologne as he walked past her to return to his seat in the front row.

From her first day at Riverdale High two years ago, she’d had a crush on Vincent Drake. In a school this size, it was easy to get lost in the crowd, and that was exactly what Lexi had done. Vincent probably didn’t even know her name. The closest interaction they ever had was when he would cheat off of her in Government during their senior year. Unless it was test day, he probably wouldn’t have noticed if the ground had opened up and swallowed her whole.

Vincent and Jennifer had been dating for almost a year, and they were the face of Riverdale High. They were invited to every party, and for every event at school, one of them was on the planning committee. He was the star football player, she the head cheerleader. They lived up to every high school stereotype of the perfect couple.

Lexi tried her best to ignore Vincent, tried to date other guys, but the only time her heart did that crazy flip-flop thing was when she saw him. Every day, when Lexi went to her locker, he’d be standing there, leaning against the locker right next to hers, waiting for Jennifer. He never uttered a single word to Lexi except the occasional “sorry” if he was in her way.

As Tommy Jameson strutted across the stage, it was time for the students in her row to rise from their seats and make their way over to the front of the stage to receive their diplomas. Lexi stood up and smoothed her graduation gown, taking careful steps, not wanting to trip on her big day. A few deep breaths later, Jennifer Stanton stepped forward and eagerly took her diploma, hugging the principal and creating a spectacle, as usual. Lexi saw her dad with his camera poised and ready to catch her big moment on film, and a small smile crept across her face.

Her name hung in the air as she forced her numb feet to move across the stage. Out of the corner of her eye, she saw the flash from Harry’s camera and heard his loud cheers of encouragement. Before long, she was settling herself 3

back into her metal chair, clutching the large, leather-bound folder that held her diploma, or her parole document as she liked to think of it, from the prison of Riverdale High.

Her fingers ran over the cool leather surface as she heard the vice-principal say, “I present you with the graduating class!”

Hats flew into the air as the graduates cheered, their high school days officially completed. Lexi looked around to see friends hugging, hands shaking, and kisses being exchanged all around her. She quickly grabbed her cap and diploma and stepped off the stage into Harry’s awaiting arms.

“Congratulations, Lexi! I am so proud of you, honey … and you know Mom is too.” He swept her into his arms and squeezed her tightly against his chest.

“Thanks, Dad.” Lexi smiled and held back the tears that threatened to spill from her eyes for a multitude of reasons. “Can we go?” she asked Harry, anxious to close this pathetic chapter of her life as soon as humanly possible.

“Did you get a chance to say goodbye to all your friends? Some of these people you might never see again, Lex.” Harry scanned the crowd and saw a friend of his. “I’m going to go say hello to Mr. Marpay. Say your goodbyes and meet me by the car, okay?” He gave her a quick peck on the head, and then made his way through the crowd.

Lexi stood alone in the sea of people, glancing at all the familiar and unfamiliar faces around her. Students posed for pictures with teachers and the principal. Parents handed gifts to the graduates, and groups of friends huddled together for even more farewell pictures. Distracted by the things going on around her, Lexi’s graduation cap slipped from her hand and fell onto the floor.

She scooped it up and spun toward the door to make a swift exit from all the reverie, when someone crashed into her shoulder, nearly knocking her down.

A strong arm stretched out from nowhere and saved her from a nasty fall.

“I’m so sorry. I wasn’t looking,” a deep voice apologized in her ear.

Lexi didn’t need to open her eyes or look up to know who it was. She’d know that voice anywhere. Vincent Drake.

“Are you all right?” He leaned his head even closer to her, making sure she could hear his question over all the noise around them.

Lexi’s heart fluttered when she realized he was still holding her arm. She could smell the spice of his cologne and feel the heat coming off his body. The crowd around them shifted, so he pulled her against his chest so she wouldn’t be swept away. Her head started to swim when he gave her arm a gentle squeeze 4

because she wasn’t answering his question. Determined to leave the place with one iota of her dignity intact, she opened her eyes, raised her chin confidently, and said, “Yes, I’m fine. Thank you, Vincent.” As his name passed through her lips, Lexi’s stomach flipped one last time. “Congratulations.”

Before he could say anything, before she saw him try and remember who she was, before he pretended to know her name, she simply collected herself and walked away from him without another word. Her heart, however, thundered in her chest.

Lexi made her way through the slowly dispersing crowd and mental y wished her classmates well. Then she walked out of the auditorium, her head held high, and never once looked back at any of them. “Goodbye,” she whispered as she stepped out of the doors of the school and into the bright June sunshine.

Lexi opened the door to her apartment. In her arms she carried two overflowing grocery bags. She balanced the precarious load, and then set it all down on the counter, kicking the door shut behind her. As Lexi emptied the groceries into their proper places, she turned on the radio, filling the apartment with flowery pop music as she went about the job at hand.

So Much It Hurts by Dawn, Melanie
October 1964 by David Halberstam
Just One Kiss by Samantha James
Six by Rachel Robinson
Guarding His Heart by Serena Pettus
Éclair and Present Danger by Laura Bradford
Encyclopedia Brown Solves Them All by Donald J. Sobol
Firebreather 1: Firebreather by Marie Harte
The Magician's Apprentice by Canavan, Trudi
A Secret Affair by Valerie Bowman
Our partner