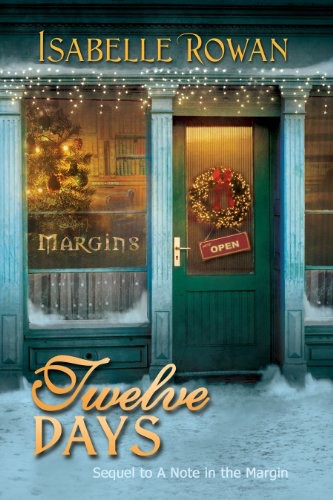 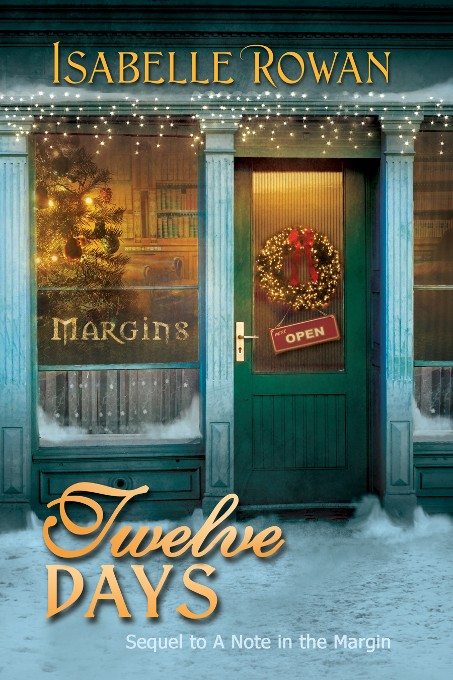 WALKING up to the door of his apartment felt different these days. In the past it was simply somewhere to dump his brief case before heading out to a business dinner or a bar. But as he slid his key into the lock it was accompanied by an anticipation he’d never felt before. John was home.

The living room was quiet. John closed the door but didn’t immediately continue into the room; instead he just stood and smiled. David was stretched along the couch, one arm under his head and the other bent so his curled fingers rested near his lips. His light breath shifted to a soft snore fluttering the strands of dark blond hair that had fallen over his face.

It still amazed John how the simple sight of David asleep on the couch could set butterflies rampaging through his belly. That he loved the man there was no doubt, but the intensity of his feelings always caught him off guard. A whole world away from his disgust at the filthy homeless man he’d found huddled in the old chair at the back of the book store.

I’ll never let you go back to that, Dave
, he thought.
I need you
just as much as you need me.

David stirred slightly and gave a soft murmur. John’s smile broadened and he walked quietly to the end of the couch to give David’s bare toe a little tug. “I’m putting the kettle on for a cup of tea, you want one?”

With a grunt, David stretched and shook his head. “I’m okay, but you get one.”

John nodded and walked into the kitchen. David had been quiet all day, sorting shelves and keeping to himself. It was a pattern John had become used to over the past year, and he’d gradually grown to accept it as a coping mechanism rather than something to worry about. It was clear David had something on his mind and he had to leave him to sort it out. John knew he’d find out what it was when, and only when, David was ready to tell him.

With his mug of tea in hand, John returned to the couch. “Lift your feet up,” he said and sat down, pulling David’s feet onto his lap, being careful not to spill his tea.

“You sure you don’t want some?”

“I’m sure,” David answered softly while he watched John settle at the other end of the couch.

They sat together, neither needing to talk, while John sipped at the hot drink. Even though it burnt his tongue, the first cup after work was always the best, and John let out a satisfied sigh. “It’s good to be home.”

David smiled and nodded his understanding of the truth in those words.

John looked at him and waited. David would say it soon because the tension of earlier in the day was gone from his eyes.

John blinked; that was not a topic he’d expected.

“Okay,” he said slowly and leaned forward to put his mug on the coffee table. “Thinking about Christmas past or present?”

“Both I guess,” David said thoughtfully. “Jamie told me today that he was going to hunt out the decorations for the Twelve Days |
Isabelle Rowan

store and we could put them up tomorrow because according to him, ‘It will be twelve days before Christmas, so it’s time.’”

John chuckled at Jamie’s adherence to traditions. “I suggested we put them up earlier, but he wouldn’t hear of it.

‘We’re not one of
those
book stores,’ I think he said, only with a lot more colorful language.” John wrapped his hands around David’s feet, absently massaging the soles as he spoke. “For such a young guy, our Jamie is very set in his ways. Bit of an old woman at times.”

“He was telling me about some of the Christmases he had when he was little, and it started me thinking,” David said in a tone that John couldn’t quite read.

“About when you were with Adam?” John proceeded cautiously. David’s relationship with his son was improving and they’d met a few times over the past months, but David still found it difficult to open up either with his son or about him.

David shrugged. “Yeah, then and some other times.”

Christmas was one of those difficult times for a lot of people and John knew David had spent a few of them surviving on the streets. He leaned forward to grab his mug and lifted it to his lips, mainly to stop himself asking more questions.
In his own time… don’t push.
John then offered the mug to David, who pulled himself a little higher against the armrest and took a mouthful.

“Not enough sugar,” David grimaced almost playfully and passed the mug back.

“So, are you going to help the Christmas Elf put up the tree tomorrow?” John grinned and kicked off his shoes before sliding his legs along the couch next to David.

“Think I have any other option?” David asked as he dragged off one of John’s socks then threw it on the floor.

“Nope; you’ll be decking the halls all day if Jamie has his way,” John said and waggled his toes. “Probably have you singing some god-awful Christmas carol too.”

“He means well, John,” David said as he rubbed his palm over the sole of John’s foot.

“He does, but I just wish he wasn’t so damn energetic all the time.” John gave a tired yet contented sigh. “Mmm, that feels good. Want to do the other foot too?”

David grinned and quickly disposed of the other sock.

“What about in here?” John asked and then added, when he saw David’s confusion, “Do you want to decorate in here? You know, make it a bit more Christmas-y?”

After a brief look around the room, David said, “Margins is home too, so it’ll be enough to have it all down there.”

John laughed. “Thank God for that. I had visions of Jamie, the Christmas Nazi, giving us orders while we dragged a tree up those narrow stairs.”

“We always had a real tree,” David said, relaxing back down on the couch. “The smell would permeate the whole house… that and eggnog.”

“Eggnog?” John wrinkled his nose in disgust. “In our house Grandad would always pull out the good bottle of whisky for visitors. Now that’s a smell that brings back Christmas. Oh, and Gran’s cake was so dark with fruit and nuts that the fondant icing looked just like a fresh snowfall.”

They sat together on the couch for almost an hour, reminiscing and talking about nothing in particular, each enjoying the quiet intimacy of the other’s company.

“THAT is going to make such a mess,” John grumbled at Jamie, but shot David a wink.

Jamie scowled from the base of the fir tree as he struggled to secure the broad trunk into the decorated tub.

“Don’t tell me you want one of those fake store-bought monstrosities.” He straightened up and proceeded to make a series of disgusted noises before he flounced to the back of the store, only to return with a huge cardboard box labeled “Margins’ Christmas” in thick, black marker. The top flaps wafted dust when Jamie pulled them open, but inside was a myriad of color. Jamie’s smile lit up his face and brought a smile to the faces of those around him as he lifted out a box of delicate fairy lights.

“How about you help me with these, Davey, while Scrooge gets back to his number-crunching?” Jamie giggled, but made sure he was out of John’s reach.

Together they wrapped the tree in loops of colored lights after checking each tiny globe in turn. After the lights, they wound thick red and gold tinsel on the tree, weaving it into the branches. They stood back to take in their handy work before Jamie lifted out what looked like a slightly battered hatbox.

“Mum left these with me for Margins,” Jamie explained as he removed the lid. “Every year we bought three new ornaments. We each picked our own; Mum, Dad, and me.”

His fingers closed over a blown-glass snowman. Even in Jamie’s slender hand the snowman looked fragile. He held it up to the light and said, “I bought this one for my dad the first Christmas after he died.”

David smiled and sat on the floor next to Jamie. “It’s beautiful,” he said quietly. “Do you still buy him an ornament?”

“Every year,” Jamie murmured and looked at David, knowing his friend would understand. “I haven’t bought this year’s yet because they don’t go up on the tree until Christmas Eve after we close up and lock the door for the holidays.”

“Our tree was never that fancy,” David said and picked up a sliver of tinsel that had escaped the garland. “It was all paper chains, macaroni angels, and origami cranes. My brother, Mark, used to always end up sticking his fingers together.” He gave a small, slightly sad laugh. “It’s funny the things you remember at this time of the year.”

“Yeah,” Jamie smiled and nodded. It wasn’t often that David opened up, so Jamie always felt like he was privy to something special when he did. “Did he do that on purpose?

Sticking his fingers I mean, cos I used to do stuff like that just to see what would happen.”

David’s smile broadened as he said, “I can imagine you doing that, but no, he didn’t mean to do it.” A memory flitted past and David started to giggle. “One time I attacked him Twelve Days |
Isabelle Rowan

with the glitter and he was peeling dried glue and glitter off his hands for days.”

“Where’s he now?” Jamie asked, then instantly regretted it when the smile slipped from David’s lips.

David moved a few of the ornaments in the box and watched as they glinted in the morning sun; red, gold, and green. Finally he gave a small shake of his head and looked up. “I don’t know. We drifted apart years ago and then I…

well, I kind of just drifted away.”

“Not totally away,” Jamie corrected gently and reached out to stroke his fingers through David’s hair.

“Not totally.” David smiled, accepting the touch. Life on the streets left its mark, and it had taken a long time for David to allow himself to be touched again. Those early days in the bookstore, long before John leased it from Jamie’s mother, had tested his ability to regain some trust. Maggie had given him the room he needed to feel safe, and Jamie had offered him the humanity. The flinches caused by the simple brush of fingertips on his arm gradually receded and, after months, David risked a smile when Jamie rubbed his back or pushed the strands of matted hair away from his face.

“After we decorate the tree we might hit John up for a new wreath for the door. What do you think?” Jamie asked and leaned in as if they were planning some conspiracy.

“Maybe even some lights for the window?”

David chuckled and shook his head. “Don’t push your luck.” He glanced over his shoulder to where John was chatting to a pretty young mother while he tackled tying a bow around a newly purchased book. John looked up and Twelve Days |
Isabelle Rowan

their eyes met briefly before the ribbon slipped through his fingers and forced his attention back to the parcel. David watched him for a moment longer, until he heard Jamie laugh.

“I think you should offer to take over the wrapping duties.”

“I could do that,” David agreed, then held up his hand.

“Hold on, I just remembered I made you something, but we’d better get the tree done first.”

“Don’t you bloody dare,” Jamie said quickly and looked around as if whatever David made would magically appear.