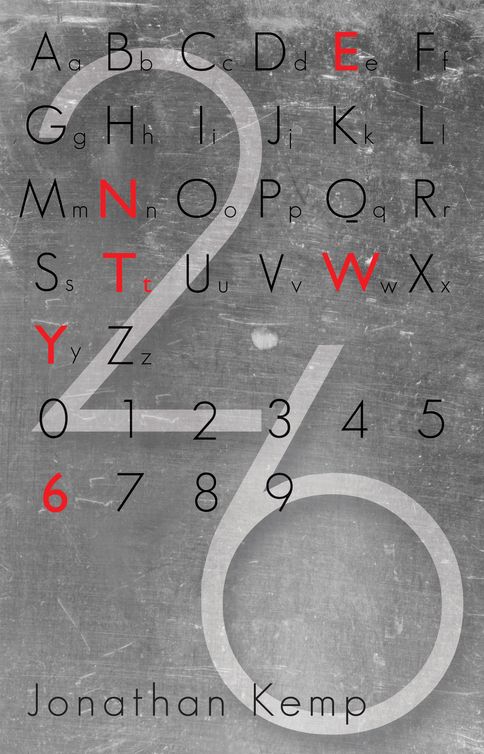 ‘Charting three very different affairs taking place against the backdrop of three very different Londons, Jonathan Kemp’s first novel is a thought-provoking enquiry into what changes in gay men’s lives as the decades pass – and what doesn’t. This is a book that will make you think – and make you feel.’

‘What an amazing book. This is the best gay novel to be published in many years. It is literary fiction at its best.’

‘Despite reaching across a century, Kemp’s characters are believable and down-to-earth; the focus is not on period setting but on dialogue. A thoroughly absorbing and pacy read… a fresh angle on gay life and on the oldest profession.’

‘London itself, in its relentless indifference, is as powerful a presence here as the three gay men whose lives it absorbs.’

‘The three stories explore a subculture and an underworld that is hidden from the everyday, yet whilst they are historically and socially distinct tales each one echoes a universal experience. As a writer Jonathan Kemp is akin to the Pied Piper, if only because there is something magical you cannot help but follow.’

‘By turns explicit and energetic, Kemp’s forceful prose uncompromisingly draws the reader in. A strange, squalid, rather interesting book.’

‘The patchwork crossover of lives and destinies is explored with a voice that sometimes reminded me of Alan Hollinghurst and other times soared into the metaphorically agonised realms of Elizabeth Smart. I didn’t want this excellent book to end.’

‘A dark novel about exploitation and betrayal that’s full of rent boys, aristos and artists. That’s got to beat the new Marian Keyes any day, right?’

‘From living outside the law to living outside the society, times are irrelevant when it comes to the sentiment of gay men: one of turmoil, of irretrievable loss, of struggle over stigma, and of unrequited love.
London Triptych
captures these political and emotional battles with a lyrical beauty and raw lucidity.’

‘First-time novelist Kemp’s book is an intriguing look at the homosexual experience through the prism of male prostitution over the past 100 years.’

‘Not only a devastatingly honest exposé of our hidden gay past, but a heartbreaking examination of the intricacies of the gay psyche. Above all, this is a story about the power of feeling and the hope and beauty that can be found in even the darkest places.’

‘
London Triptych
is, hands down, the most heart-wrenching and profound piece of literature I have read this year.’

‘The three characters and stories showed the differences in the years but also gave voice, masterfully, to those normally silenced. Kemp shows that the way we see the world is not actually necessarily the way it is or the way that others see it.’

‘Kemp has achieved what few writers ever will, a work that stands alone as a heartbreaking love letter not only to a vast and fascinating place, but also to the lives within that serve as its beating heart.’ 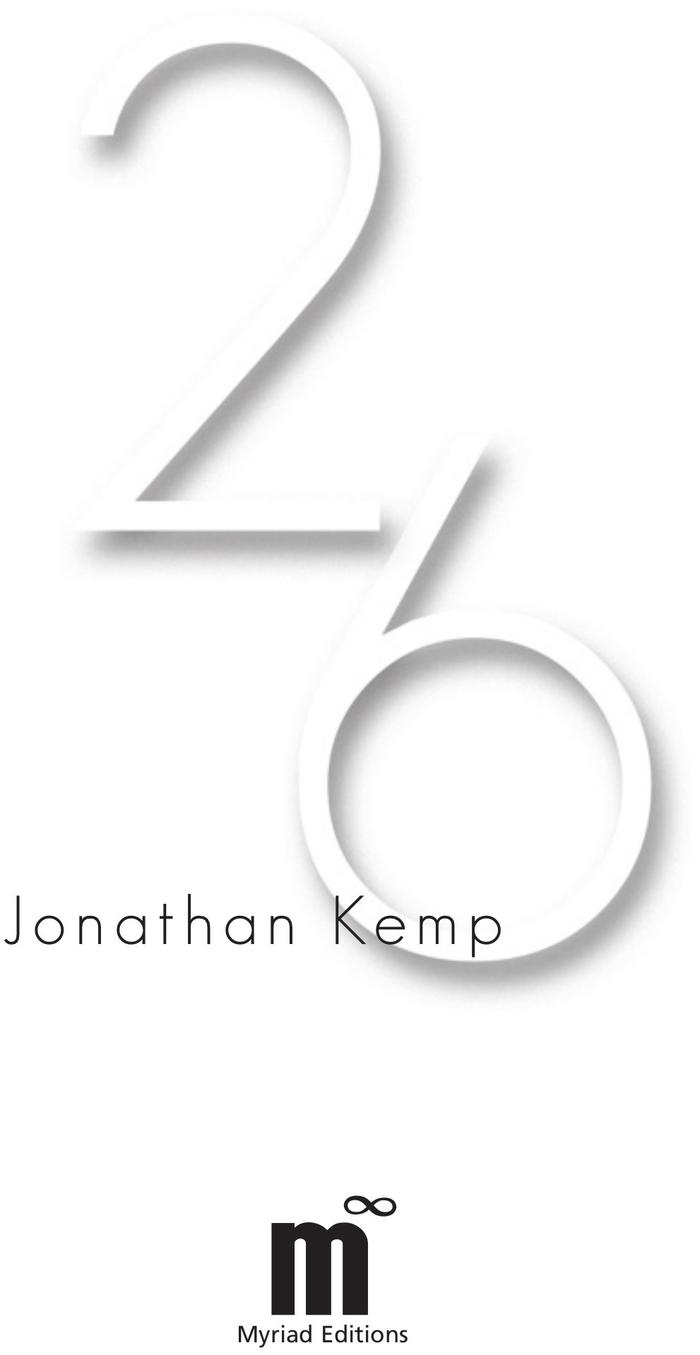 ‘However much men may shudder, philosophy must say everything.’

‘He who wishes to know the truth about life in its immediacy must scrutinize its estranged form.’

‘Only in darkness can men truly be themselves, and therefore night is holier than day.’

This is for all those nights filled with pleasure and oblivion; for all those hours spent wandering the maze of other men’s bodies, as if you were crawling the deck of a sinking galley;

This is for all the ones who cry out when they come, and for the ones who don’t because they know that sometimes it’s just sexier that way, making the gasps go inwards like blue smoke;

This is for all those who find themselves on their knees at nine p.m. in a small park in this city of wounded boys and sexual warriors, barely hidden by bushes, sucking off a man in white trackies who told his girlfriend he was going for a jog (you know who you are); for all those who love it when he leans over to retrieve his beer can without breaking the stride of his wank; the way he slugs it back, fist still pumping;

This is for when the blood turns black and burns you from the inside, for when you get the hunger – feel it unravelling within its long, dark spine of want; for when the only thing to do is go out and seek what you need in that place where the shadows grow as you pass through them, like a woman strolling through a cloud of perfume she has just released before her;

This is for then, for those crystalline moments when your body moulds to your desires, contoured by the red heat of longing, and fuelled by all the imaginings you hold.

For when no truth could be less secure.

W
e spend the night exchanging handwritten notes, using a pad and pen the barman has supplied, you writing words you have never spoken, will never speak. Your writing is spidery as a child’s first efforts. I wish I’d kept them, those marks on paper which form a loop that binds us and pulls us back to my flat where we undress in silence and haste in my candlelit bedroom.

And I am not prepared at all for the sounds that rip out of you when you come, the death rattle of pleasure, more bestial than human, which pierce the room like a gaggle of bats bursting into the night sky from the dark recess of a cave and filling it with Minerva’s screeches; from your cock is released a flock of snow-white doves. Trained in silence, locked in speechlessness, you are unschooled, untamed, letting go of sounds as you let go of your orgasm, in violent bursts that tear like an incision in flesh. Then you sink back into a big-grinned muteness that says everything there is to say about what we have just shared.

These sounds you give to articulate your pleasure are far removed from the discreet insistencies of language.
I snap at the darkness and swallow them like a bird plucking flies from the air. I too want to give up these sounds from a body rendered voiceless by language. I too want to tear myself open and release something monstrous and wild, something from the other side of language, where reason lies comatose and pointless.

I
ring the doorbell three times as arranged.

The door release clicks and I push the door open and enter the building. I make my way up to the first floor and the door to the flat is open, as arranged.

The flat is in darkness, but for an ultraviolet glow from the bedroom. I enter to find a naked man
face-down
on the bed.

He sits up, picks up a joint from the bedside cabinet and lights it, taking a long, slow pull before handing it over to me. I unfasten my trousers and step closer towards him before taking the joint. He slides his hand through my open fly and plays with my cock through the fabric of my jockstrap. The wind through the open window makes the blind throw itself against the glass in gatling fits.

‘Nice one,’ he says as he feels my cock stiffen under his touch. I push my jeans down and he pulls my cock out and slides his mouth onto it; I groan and lean across to place the joint in an ashtray before peeling off my T-shirt. The man takes a sniff of poppers and hands the bottle to me. My nervous system crackles in nitrous blue
flashes as I reflect on the brain cells I’m killing, feeling each one pop like a blown light bulb in my skull.

He sucks all the way down to the root, right down to the metal of my cock ring and the universe becomes a place I can live in once more.

I spiral with pleasure, sliding along the curves of the spiral till I land in the centre with a splash. I push him back onto the bed and climb above, thrusting into his face with my hips. He moans with pleasure as I feed him, as arranged. Grunts erupt from my throat with each release. He swallows every drop. I slide out and slide my body down across his till my chin rests on the top of his shaved head and I stay like that for a moment, feeling just enough tenderness to consider planting a kiss on his crown, and just enough restraint to hold back. I roll over onto my back next to him, recovering from the high, floating back into my body from the white light of orgasm. ‘Fuck, that was hot.’

‘It certainly was,’ he says, licking his lips and sitting up to get a cigarette. My fingertips glow from the UV, emitting their own light. As I look at them I wonder what it could possibly signify, this feral hunger that pushes me towards this.

Does it signify anything at all?

During the long walk home these words emerge like bubbles and I write them down for someone to read, someone like you.

He has five more men due to visit him throughout the night.