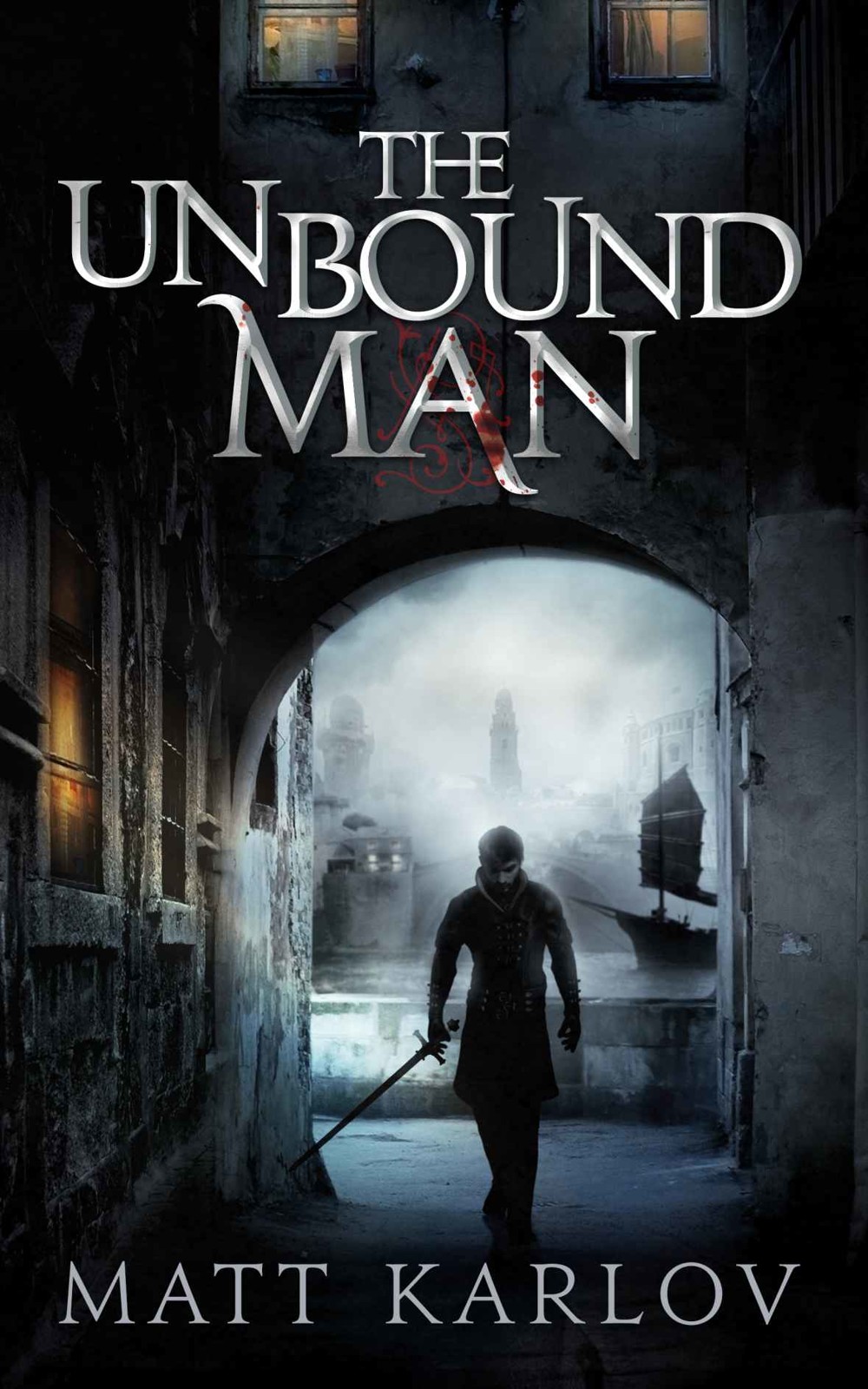 Book 1 of The Undying Legion 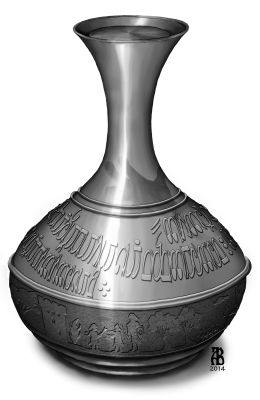 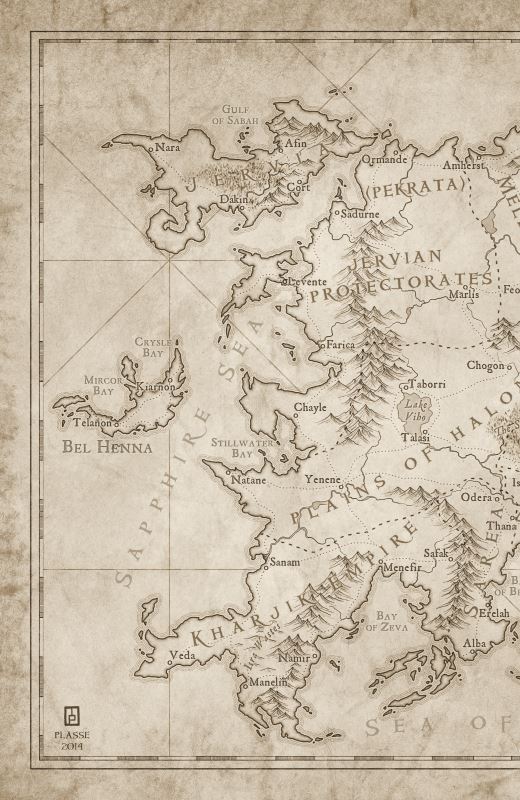 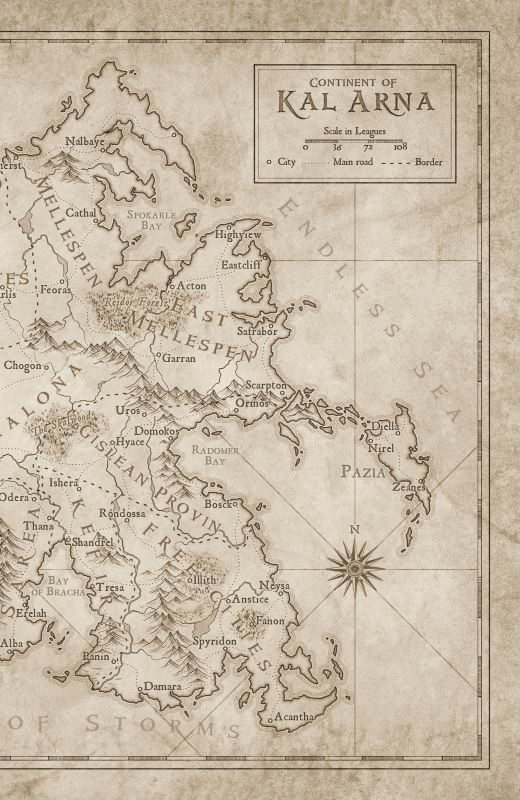 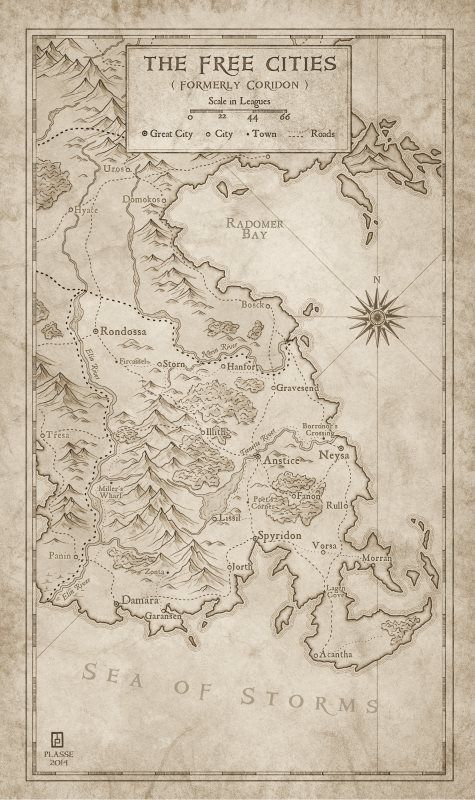 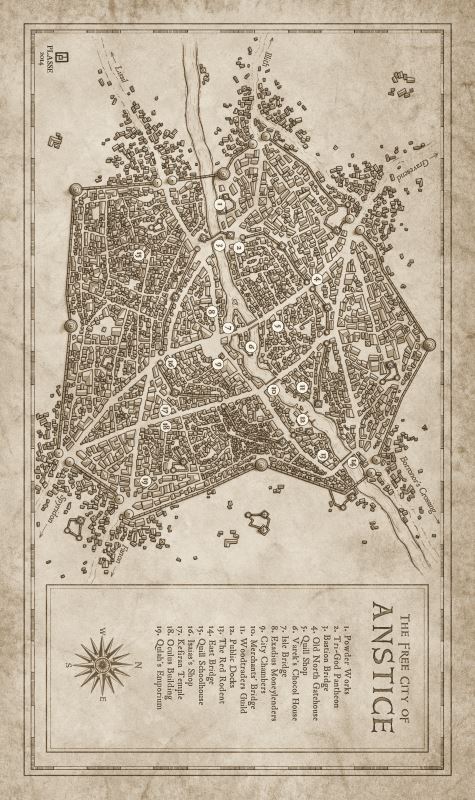 Mara,
a seeker of lost treasures

Onsoth,
an officer of the Library

Sten,
a trader of antiquities

Damasus,
governor of the Anstice schoolhouse

Narvi,
a sorcerer and researcher

Ienn,
leader of a field team

Derrek,
leader of a field team

Clade,
overseer of the Anstice unit

Isaias,
a trader of rare items

When a phoenix is about to die it builds a great nest upon a rock. Surrounded by twigs and leaves, it settles down among the tinder and there it gives itself over to immolation. The phoenix burns, the nest becomes ashes, and an ember is formed from which a new, younger bird will arise.

Sometimes the flame is too weak. The nest smoulders. The ember cools. The phoenix dies, yet its new self is not born. The ember hardens and dims and lies dormant, like a seed awaiting a spring that will never come.

But sometimes the flame is strong, so strong that the nest cannot contain it. It leaps and burns: a tree, a hillside, a forest. The fire spreads, and other embers that have long been cold and lifeless are kindled at last. Slowly, slowly, they awaken and remember what they are, and what they are to be.

When the fire is done, all is cloaked in ash. And who can say what embers now glow beneath the desolation, or when they might at last give birth?

So it is when empires die.

They were being followed, and Derrek was weary of it.

He lay back on the patchy grass and gazed at the glittering twilight sky. The evening was cooler than usual for summer; the breeze had turned that morning and now wafted down from the north like a whispered benediction, mild and refreshing, rustling the leaves of the trees surrounding the clearing. Somewhere in the dark, a nightbird called to its companions.

The sky had been clear the past three nights, ever since they found the small urn buried among the ruins of a modest, long-dead temple. There’d been nothing to suggest that anyone else had been there for centuries, still less that very day; but Derrek had felt eyes watching them as he pulled the urn from the earth, and again that evening as they made camp. They’d set a watch, despite the complaints — and, in the end, the somnolence — of Rawlen, but the dawn had arrived without incident.

Yet the feeling of being watched remained.

“Watch what you’re doing, boy! If I want your foul tea poured all over me, I’ll do it myself!”

Derrek sat up to see Callidora wiping ineffectually at her boot with a handful of grass. Cal was short and round, and had difficulty reaching her feet at the best of times. Rawlen stood frozen before her with the pot in hand, face flushed with embarrassment. Another trickle splashed over the back of Cal’s hand and she yelped. “Put it down, you fool boy, before you throw the rest of it over my head!”

Jolting into motion, Rawlen lowered the pot clumsily to the ground. His mouth opened and closed until at last he turned away, stumbling around the campfire and throwing himself down with a frustrated sigh. Derrek forced himself not to glare after him.
A newborn foal would hinder us less.

He rolled his shoulders, trying to ease the persistent ache in his back. Walking all day through a forest or sleeping on the hard earth had rarely bothered him before. Once, a long time ago, it had even been exciting. But lately he’d found himself missing the comfortable schoolhouse beds, the generous meals, the opportunities to just sit quietly for a while and read, or think, or do nothing at all.
You’re getting old,
he told himself.
Old and soft.
The thought would have been distasteful even a year ago; now, it was merely resigned.
Of course it is. Submission to the inevitable — another characteristic of age.

Even the thrill of finding their goal had been muted. He’d tucked the urn beneath his leather jerkin with barely a second look, heedless of its unblemished condition. It was made of metal — pewter, Derrek thought — its mouth sealed with a cap. But if either the urn or its contents possessed the sorcery of the long-dead Valdori, it was subtle enough to be indiscernible.
Just an antiquated trinket, no doubt. Pretty enough to look at, but nothing more.
The find would doubtless delight a Quill historian somewhere, but before long it would disappear into the archives, making its final home among the countless other inconsequential relics of the past.